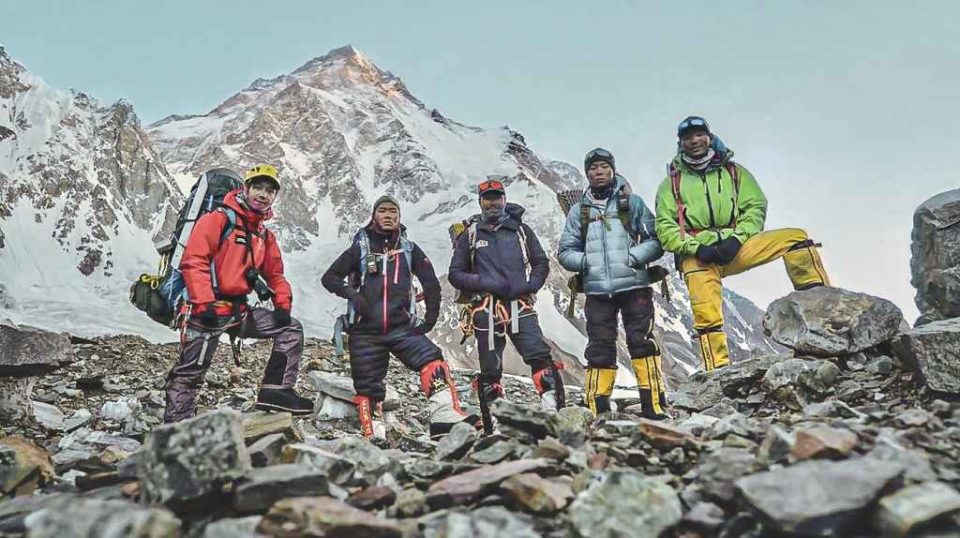 Kraig Becker followed this project from the beginning on the Adventure Blog.

Kraig said most mountaineers thought it was impossible — but hoped they were wrong.

Kraig noted that Nims didn’t have enough money to see the project through, even after mortgaging his house.

14 Peaks: Nothing Is Impossible is a 2021 documentary film …

… Nepalese mountaineer Nirmal Purja and his team as they attempt to climb all 14 eight thousander peaks within a record time of under 7 months. (The previous record was over 7 years.) …

Purja was supported by a rotating team of Nepalese climbers, several of whom are introduced in the film, including Mingma David Sherpa, Geljen Sherpa, Lakpa Dendi Sherpa, and Gesman Tamang, however, only Purja would complete the summit of all 14 eight-thousanders …

I liked the film much more than expected.

The video editors did a terrific job putting together something so good from mostly bad GoPro footage.

He’s super talented, of course. Yet irreverent, profane, and funny. A great leader in the face of life and death.

Nims reminds me of a young Mohamad Ali. So confident. So cocky. 😀

Mountaineers might be even more impressed with his later winter summit of K2.

Nims was the only one to summit without the use of supplemental oxygen.

10 of the best things to do in the Ozarks: make the most of Arkansas’ mountains