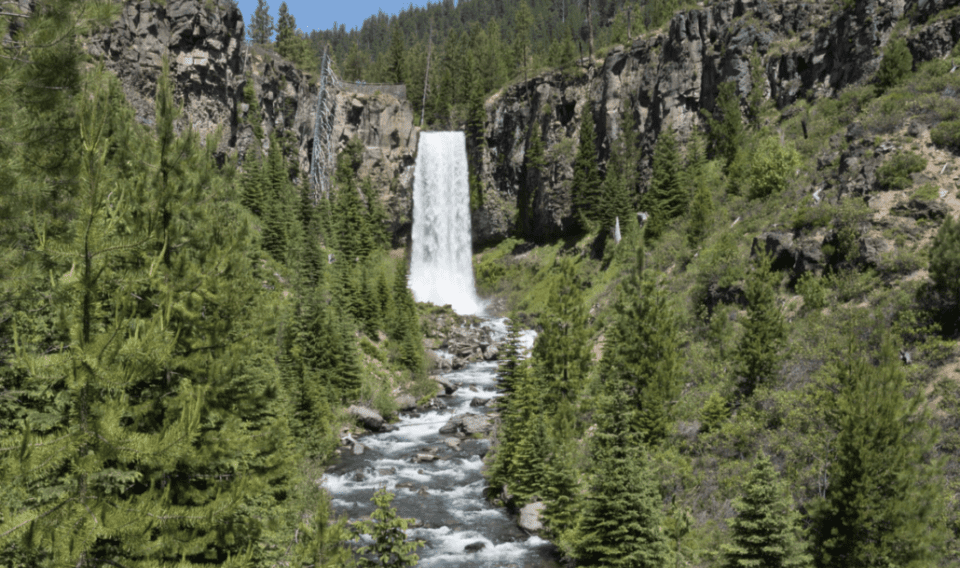 Each year thousands of tourists who visit Central Oregon trudge up a steep half-mile path to see Tumalo Creek emerge from the pine forest and plunge 97 feet over lava rock into a narrow canyon. Tumalo Falls is the highlight for visitors who hike along the 20-mile creek. But for residents in nearby Bend, the creek is also a prized source of drinking water and a haven for wildlife.

Years-long efforts to protect the ecological integrity and scenic values of Tumalo Creek could be solidified with a bill now in Congress. The River Democracy Act would designate not just Tumalo but 4,711 miles of rivers throughout the state as part of the National Wild and Scenic Rivers System.

“This legislation will be good news for anyone who likes clean drinking water, fish and wildlife habitat, and public lands recreation,” says Erik Fernandez, wilderness program manager at Oregon Wild. “It will protect some of the most scenic rivers we have in Oregon.” 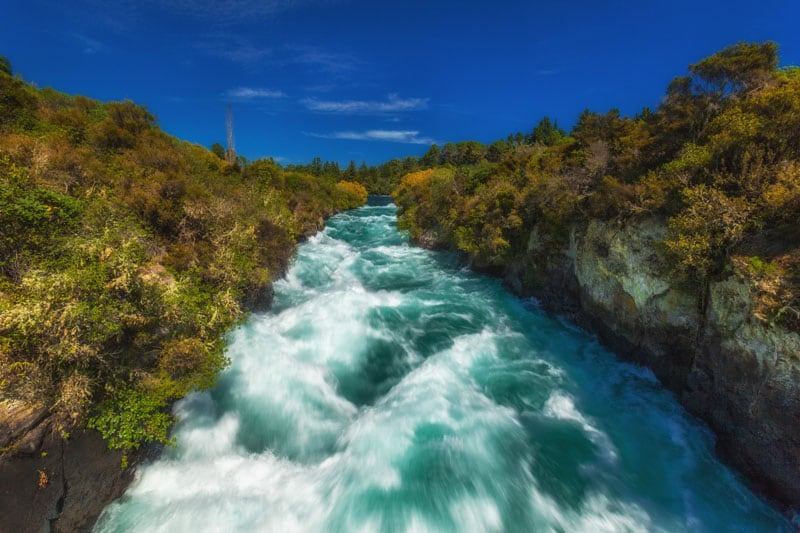 The National Wild and Scenic Rivers System was established in 1968 after passage of the Wild and Scenic Rivers Act. Under the Act, rivers are classified as “wild,” “scenic” or “recreational,” depending on the surrounding development — or lack thereof — and are managed to maintain those values. In general, that usually means no new dams and mining claims, and a designation could also limit other kinds of developments, including logging and roadbuilding.

As of 2019 the nation’s Wild and Scenic Rivers System included 13,400 miles — less than one-half of 1% of the country’s river miles. But Congress has a chance this year to significantly expand the system. 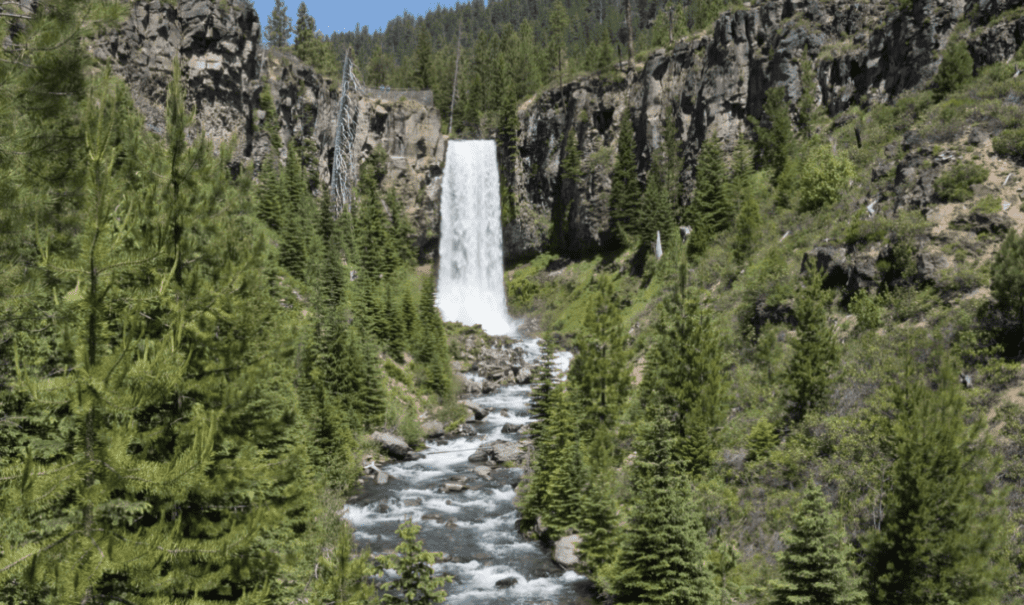 There are currently 10 bills in Congress, including Oregon’s River Democracy Act, that, if passed, would add 7,000 miles to the national tally and an additional 5 million acres of protections of riverside land. Most additions to the system come by congressional legislation like this, but states can also make nominations to the secretary of the Interior. 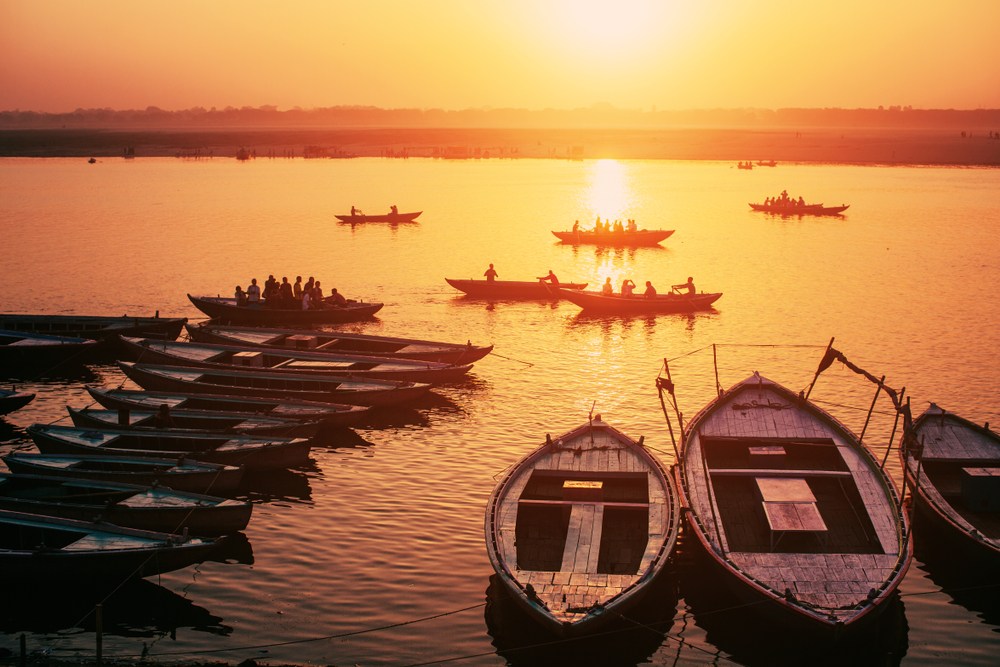 In addition to Oregon’s River Democracy Act, the other bills in Congress include:

One way that would happen is by preventing harmful developments like dam building.

“It would be extremely helpful to get more and more of our free-flowing rivers designated under the Wild and Scenic Rivers Act, if for no other reason than to stop them from being dammed,” says Daniel Estrin, general counsel and advocacy director at Waterkeeper Alliance. 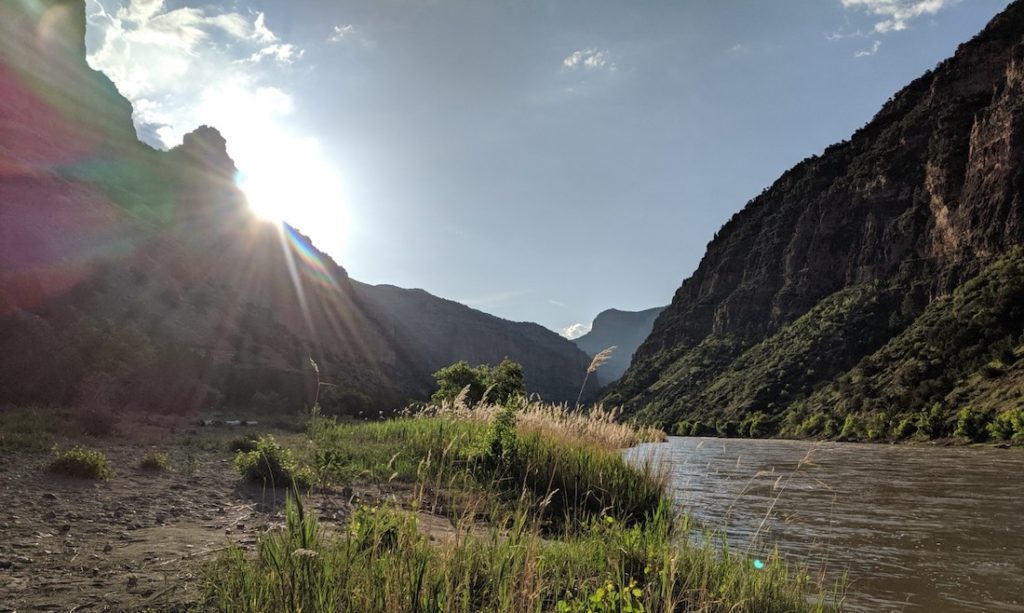 Building more hydropower dams “is a false solution to the climate problem and would really dramatically exacerbate problems for our rivers’ biodiversity,” he says. “And it would certainly make it much harder to reach 30×30 conservation goals where there’s an enormous amount of work that needs to be done.”

The River Democracy Act is by far the largest effort currently to add new Wild and Scenic designations, and it would go a long way in helping improve Oregon’s river protections. Only 2% of the state’s 110,000 river miles are protected as Wild and Scenic. The new legislation would triple that.

“Oregon hasn’t done a great job of protecting our rivers, so this is a pretty historic effort,” says Fernandez. “We’ve not seen this scale of effort here before.”

In addition to protections in Central Oregon, the bill includes tributaries of the Illinois River in the southwest part of the state, which he calls “some of the most biodiverse in the West,” as well as multiple coastal streams where protections have been lacking.

“If you want to protect salmon and steelhead, the coast range of Oregon is a great place to do that,” says Fernandez. “You have some potentially long-term viable runs that would be protected by this legislation.”

Compared to Oregon, New Mexico has even fewer river miles designated as Wild and Scenic — a measly 124 miles, which is less than one-tenth of 1% of all river miles in the state.

The M.H. Dutch Salmon Greater Gila Wild and Scenic Rivers Act — named after the late environmental activist, author of the book Gila Libre: The Story of New Mexico’s Last Wild River — would increase that number significantly by adding 446 miles of the Gila and San Francisco rivers in southwestern New Mexico.

“This bill seeks to currently protect the entire watershed of both the Gila Wilderness and the Aldo Leopold Wilderness as well as major tributaries that are outside of the existing wilderness areas,” says Nathan Newcomer, an organizer at New Mexico Wild.

Land protections in the region came nearly a century ago. The Gila Wilderness was the first designated wilderness area in the country. Aldo Leopold advocated for its protection as supervisor of New Mexico’s Carson National Forest in 1924.

One of the biggest benefits of the bill, if passed, he says, would be ensuring that no dams are built.

“People have been trying to dam the Gila River for over 100 years,” he says. “We’re constantly faced with threats for major dams and diversions on the Gila River and the Wild and Scenic designation’s main tenet is to prevent that from happening.”

“The Gila is in a really unique area in terms of ecological configuration where you’ve got the Colorado Plateau coming into the Chihuahuan and Sonoran deserts,” says Newcomer. The area includes forests of cottonwood, sycamore and ponderosa that are home to 250 bird species.

“The riparian habitat for birds alone is just immense,” he says. 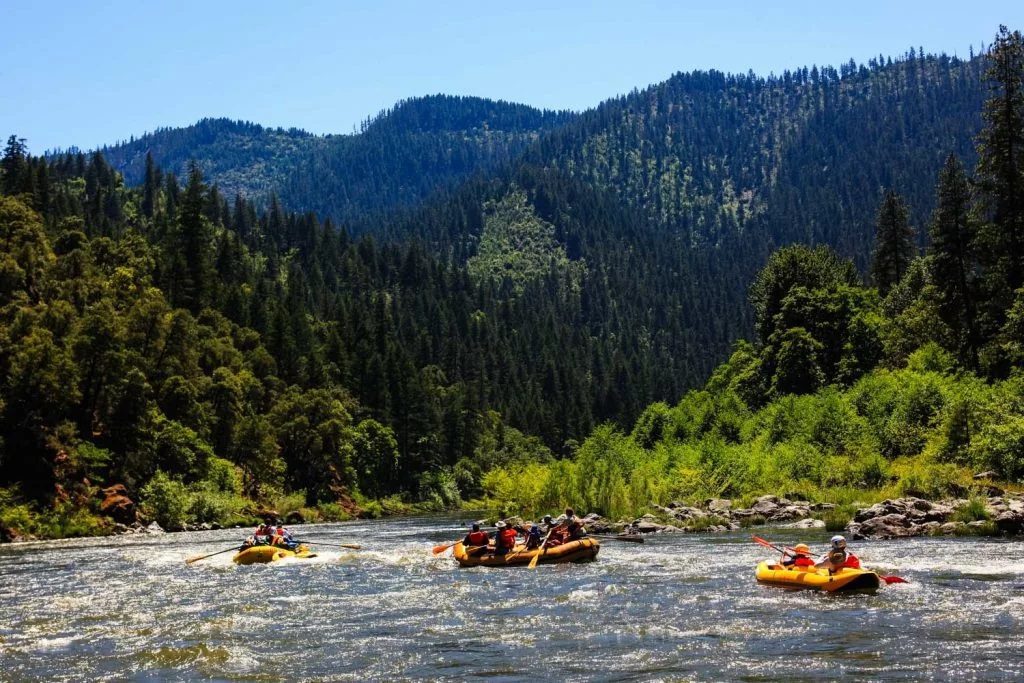 The public often widely supports river conservation efforts. In New Mexico, for example, polling found that three-quarters of state residents support the new Wild and Scenic rivers bill. It also has the backing of local Tribes, faith and civic organizations, and more than 150 local businesses and conservation groups.

“This has been a community-driven effort,” says Newcomer. “The local communities have come together and asked Congress to get this into law.”

The situation is similar in Oregon where 50 breweries in the state announced their support of the River Democracy Act. Another 200 businesses added their approval in a letter last October. Clean and free-flowing rivers aid the recreation economy, which totaled more than $15 billion in Oregon in 2019.

“You’ve got this big cross section of everybody from hunters and anglers to trail runners and breweries all supporting protecting our rivers,” says Fernandez.

Even with support in home states, getting the 10 river-protection bills through Congress will be a fight.

Today marks 1 year since @RonWyden and @SenJeffMerkley introduced the #RiverDemocracyAct! It’s made positive progress through the Senate, now we just need to get it across the finish line. Join us in thanking them today! #WildandScenicOregon pic.twitter.com/Z0gDBNIrJ7

“It used to be that provincial bills like this would pass with straight up or down votes back in the 60s, 70s and 80s,” says Fernandez. “But the last couple of times we’ve had bills [like this] pass nationally, it’s been part of what we call omnibus bills, where you need enough bills from around the country that there are enough senators who have something in it they want.” 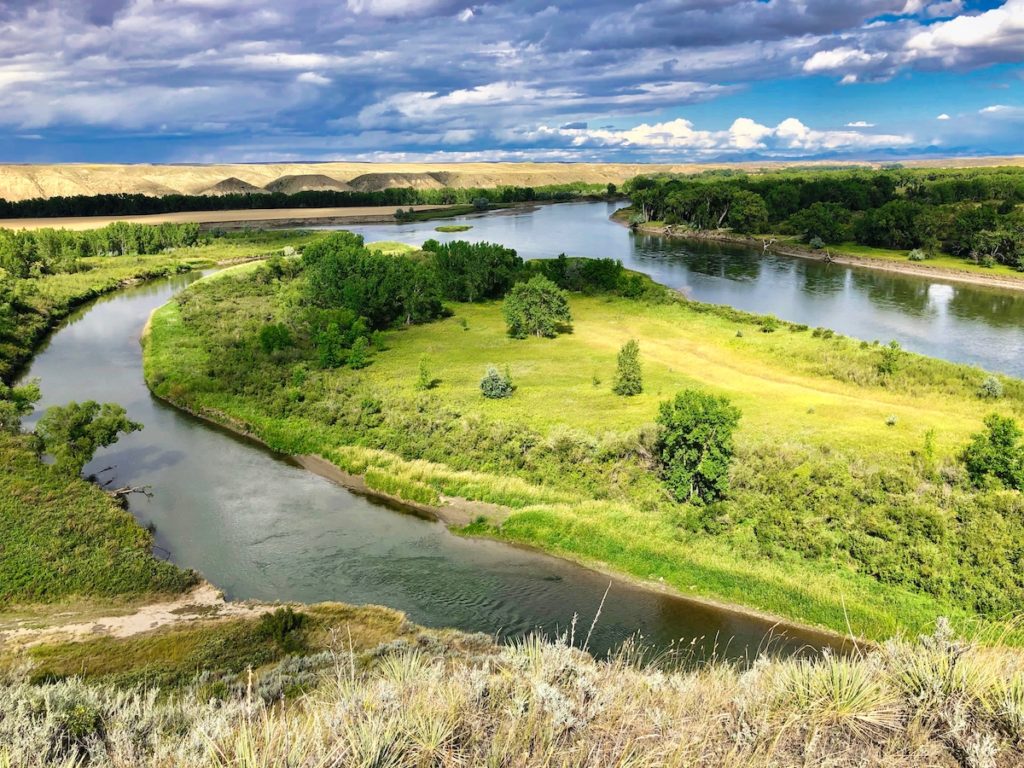 Whether a big bill like that comes together in this election year remains to be seen. But Fernandez says that the pandemic has helped remind people of the benefits of protected public land and waters.

“The peace of mind for so many people these last couple of years has been safely getting outside,” he says. “I just hope that everybody who wants to can get out to a river or on public lands and enjoy it.”

This article first appeared at The Revelator and is republished here under a Creative Commons license.

Top things to do in Aarhus Denmark 2022