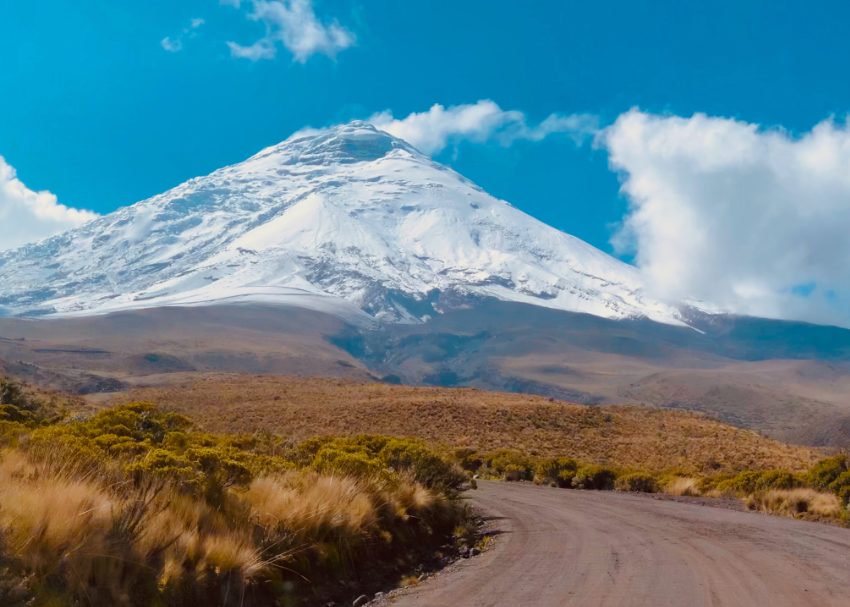 The number one reason people visit Ecuador is to see the Galápagos Islands. And why wouldn’t it be? The islands — and the dynamic wildlife that inhabit them — should be on everyone’s must-do list. But there’s another place in Ecuador that most people don’t think of. In fact, it just might be the country’s most physically massive but best kept secret: Cotopaxi National Park.

Located roughly 50km (31 mi) south of Quito, Cotopaxi is Ecuador’s second-largest park, after the Galápagos. Cotopaxi contains three volcanoes, (two of them dormant), but the real star is the park’s namesake. Incan for “smooth neck of the moon” and with a peak that reaches 5,900m (3.7 mi) above sea level, Cotopaxi Volcano is considered one of the highest active volcanoes in the world, not to mention the most volatile in South America.

So what do you do at one of the world’s highest active volcanoes? You climb it, of course! Every weekend, about 100 people undertake the challenge of ascending to the summit. While the climb itself isn’t terribly challenging, the real difficulty in summiting Cotopaxi comes from its sheer altitude. If you’re going to attempt it, we recommend spending several days in nearby Quito first to acclimatize to the higher altitude. For those uninterested in seeing Ecuador from the peak — or who are afraid of heights — there are loads of other ways to enjoy Cotopaxi. There are plenty of expeditions over the adjacent páramo (“grasslands”) by hike, bike, and horseback, and all of them are family-friendly if you need them to be. Throughout your time in these areas, you’ll encounter several huge boulders scattered over the landscape like grains of salt — a reminder of the power of the volcano as a thing to be both reckoned with and respected.

There is, of course, some amazing wildlife here too. This is Ecuador, after all — home to a disproportionate number of the world’s species, considering the country’s size. You can see lots of unusual animals, including wild horses and llamas, the Andean fox, and the Andean spectacled bear — a name that brings such an image to mind, it’s almost worth the trip just to check them out. In any case, no matter what kind of experience you could possibly hope for out of a visit to Cotopaxi, the one thing that unites every single trip there is the life-changing view of the mountain’s snowy peak. And whether you see it from near or far, it is an image so breathtaking you might just forget to catch your flight to the Galápagos after all.

Interested in heading to Cotopaxi and trekking over one of the southern hemisphere’s largest yet best kept secrets? We’ve got several awesome itineraries throughout inland Ecuador. And with departure dates in every month of the calendar year, this is the perfect time to see the wonders of Cotopaxi.

Here are a few suggestions:

Two more beaches in India has been awarded the prestigious Blue Flag Tag.

The Shocking Connection Between Altitude and Suicide

Can Minn’s Boundary Waters Be Saved From Mining and the White Home?