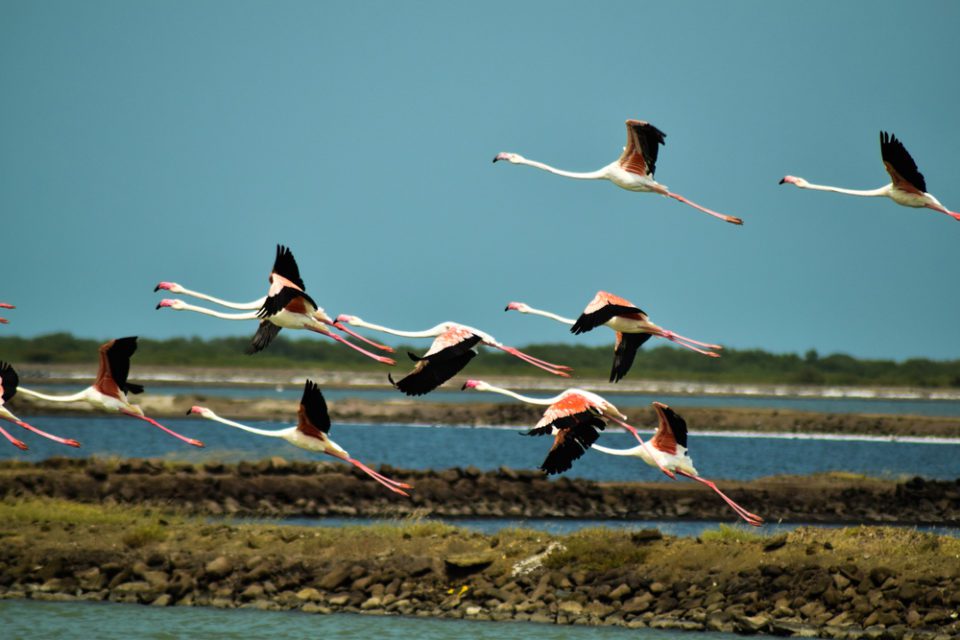 India is home to many national parks which I have visited and also explored, however recently stumbled upon this topic of Marine National Parks and was surprised to know that India is also a home to these national parks.

Having a vast border bordering 3 water bodies namely the Arabian Sea, Indian Ocean and Bay of Bengal. Home to major aquatic animals, these 3 water bodies are visited by many migratory birds and animals, humans as a form of a tourist destination and also scientists and researchers to do their scientific studies. Here are the lists of Marine National Parks in India which you can visit during your domestic trip across India.

Marine National Park, GujaratIt is one of the first of Marine National parks in India established in the year 1980. Marine National Park is located in the Indian state of Gujarat and you need to visit the coast of Jamnagar in Gulf of Kutch region in Gujarat. It is spread across 163sqkm area and is a collection of 42 islands which are home to over 52 coral species, mangroves, birds, dolphins, endangered whale shark, sea cucumbers, octopuses etc. On a low tide day, one can visit this place taking a ferry from Jamnagar however it is to be noted that the tide affects the region hence keeping the tide in mind do visit this place. The Mahatma Gandhi National Park is located in Andaman and Nicobar Islands are spread across 282sqkm in area and cover over 15 islands in total.  It has white sandy beaches, tropical vegetation and diverse marine life which you can explore when you take a glass-bottom boat from Wandoor. The national park was set up in the year 1983 to protect the turtle and coral species which are not found anywhere in the world. Apart from being home to many marine species, the islands are also home to many bird and animal species which you can explore during your visit to the national park. Being an uninhabited place you need to carry your food as there is no availability of food here. Spread across 1,435sqkm area Gahirmatha coastline was considered a protected marine park in the year 1997. The reason behind this is because it is the only place that is declared as the nesting spot for Olive Ridley Turtles. The migrating turtles come from South Pacific to Odisha every year to nest and from October to May you can find the baby turtles crawling towards the Ocean. The area is rich in nutrient due to mangrove around this part which makes the water-rich and ideal for the species. Located at the border between Tamil Nadu and Sri Lanka, this national park is spread across 560sqkm of area and comprises of 21 islands and coral reefs. One of the richest place in the world in terms of biodiversity, it is compared to an underwater rainforest. Explore many species of seagrass, corals, sea cucumbers, turtles, oysters, seahorse, blue whales and many species of mammals which makes it a natural biodiverse place in the world. You can explore this place all year round and the nearby place where you can rent a boat is from Rameshwaram. Another marine national park that makes it to the list from Andaman & Nicobar Islands is Rani Jhansi Marine National Park which is a part of Ritchie’s Archipelago and comprises of 3 Islands. The national park was recognised and established in the year 1996. This protected area is home to several species of Coral, Lagoons, mangrove forests and many number of aquatic species. Interestingly, this place has several fruit eating bats which are not found in nearby islands. One of the smallest wildlife sanctuary covering around 3.2 sqkm of marine life is Malvan Marine Wildlife Sanctuary located in Maharashtra. Explore the region via boat from Malvan. The place has a variety of species such as sea cucumbers,  pearl oysters, corals, seaweeds and many species of fishes which you can come across while snorkelling or diving.

India travel news – No cap on domestic airfares from now; know what it means for travellers