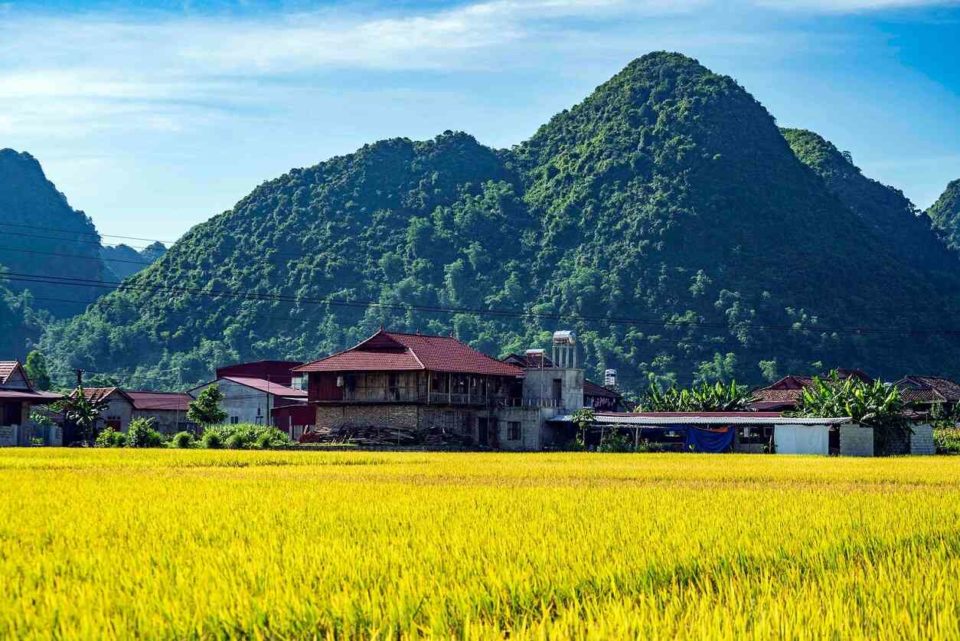 Late July to early August is the harvest season in the Bac Son Valley in Lang Son Province, and rice fields take on lovely shades of green and gold. 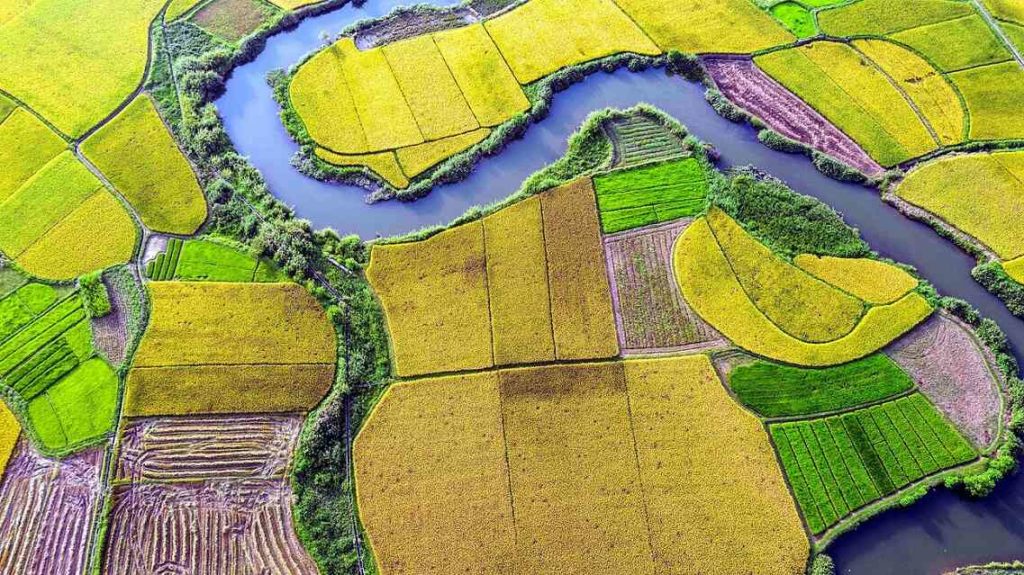 Situated some 160 kilometers from Hanoi in the far north, Bac Son was once not as well known as other destinations like Sa Pa in Lao Cai Province or Mu Cang Chai in Yen Bai, but has now found a place on the tourism map with its pristine beauty. Farmers in the valley in Quynh Son Commune, which borders China, grow two rice crops a year and harvest them from late July and early November. 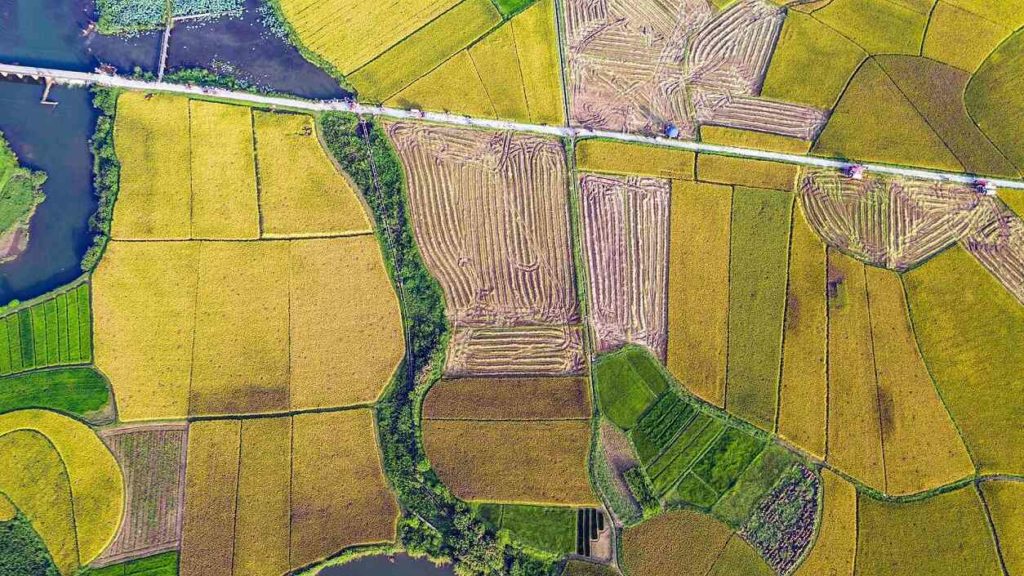 A panoramic view of Bac Son Valley with paddy fields stretching out in vast swathes of brilliant green and yellow.

The rice harvest season in Bac Son Valley begins sooner than in other places and lasts about a week. The area is home to 400 families belonging to ethnic groups such as the Tay and Nung who live in traditional stilt houses and mainly depend on farming. 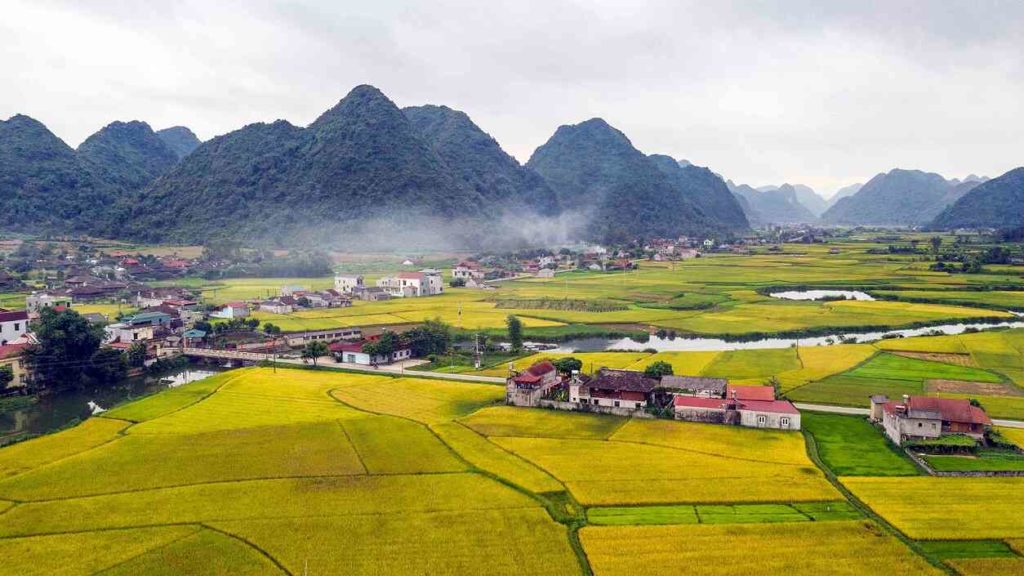 The growing popularity of the valley is prompting them to provide homestay services to tourists with prices ranging from VND90,000 to 200,000 (US$3-8) per night. 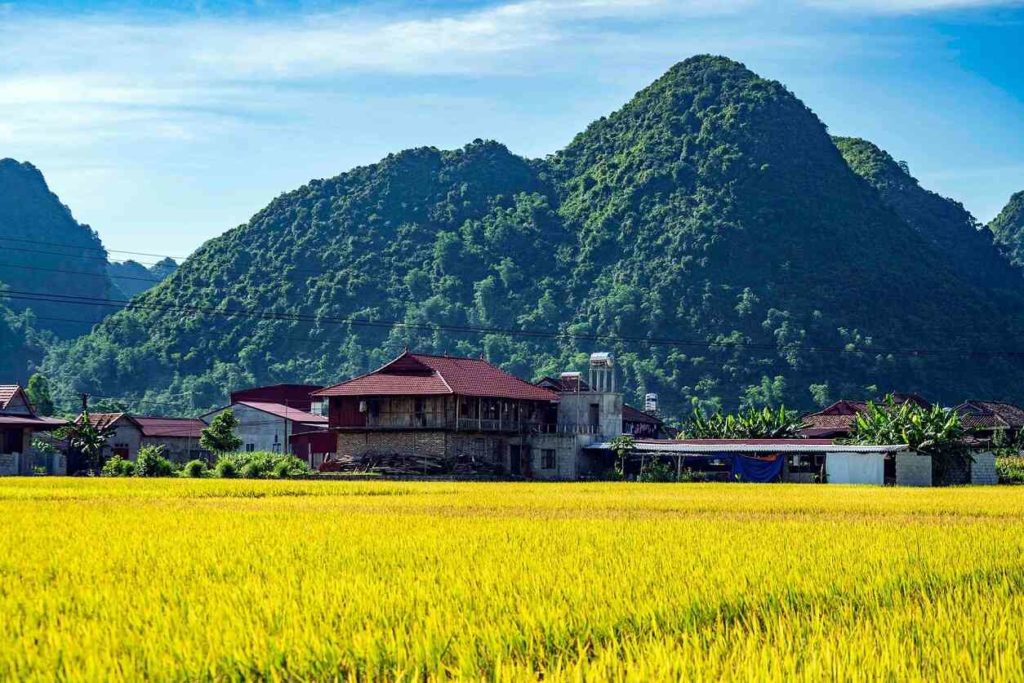 Most houses in Bac Son Valley are roofed with yin and yang tiles, which are produced by the Tay people. There are 30 families in Quynh Son Commune that make the tiles and supply them locally and to neighboring areas. According to locals, the yin-yang tiles keep the house below cool in summer and warm in winter. 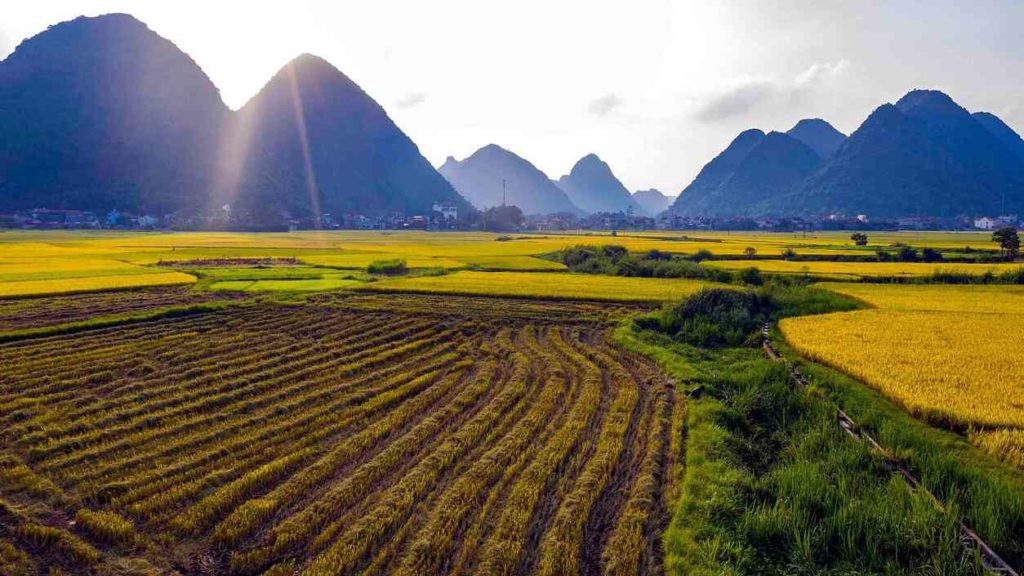 To see Bac Son Valley at its best, visitors need to hike up Na Lay Mountain to a height of 400 meters above sea level. Photographer Tran Hung who visited Bac Son Valley late last month said visitors should wake up at 3:30 a.m. and climb 1,200 stone steps to reach Na Lay Peak from where they can see the entire Bac Son Valley in the early morning sunlight. 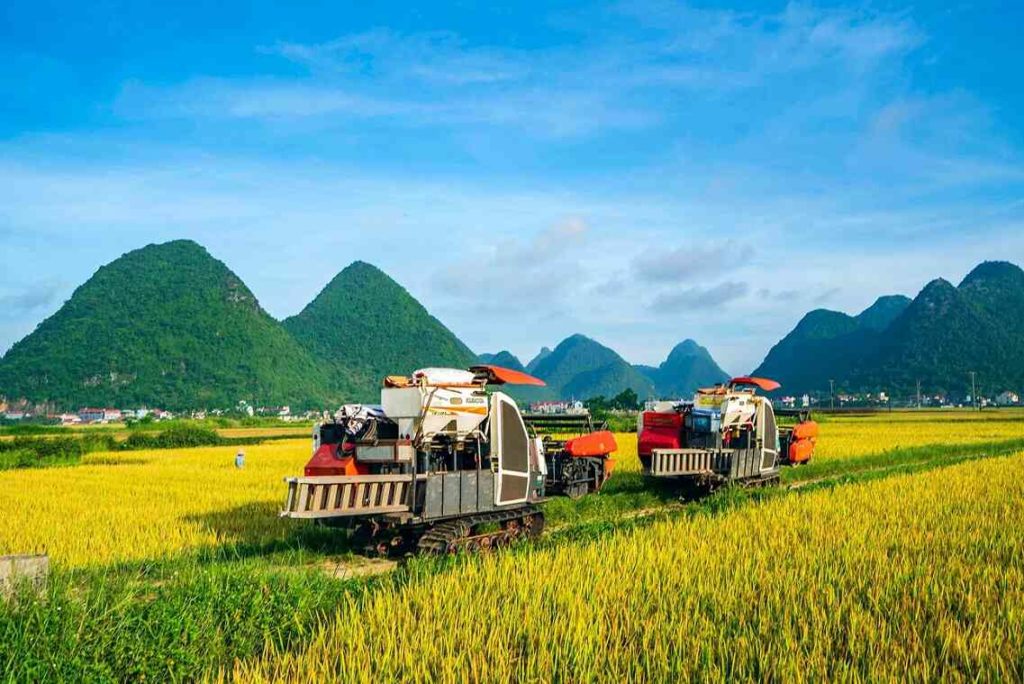 These days the rice is harvested mainly by machines. 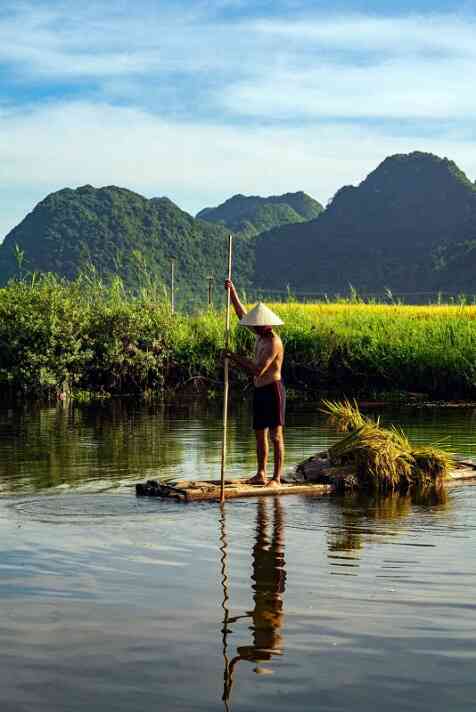 A local farmer carries paddy home on a small raft.