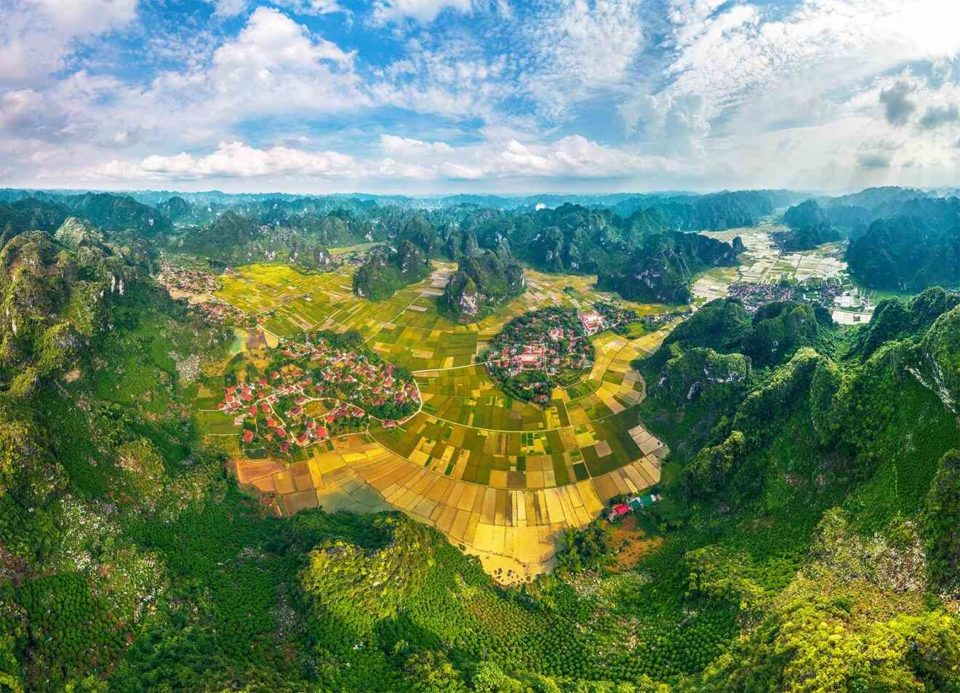 Lang Son is mostly recognized as a gateway for border trade with China, but the province also boasts amazingly beautiful landscapes as seen in aerial pictures of Yen Thinh Commune. 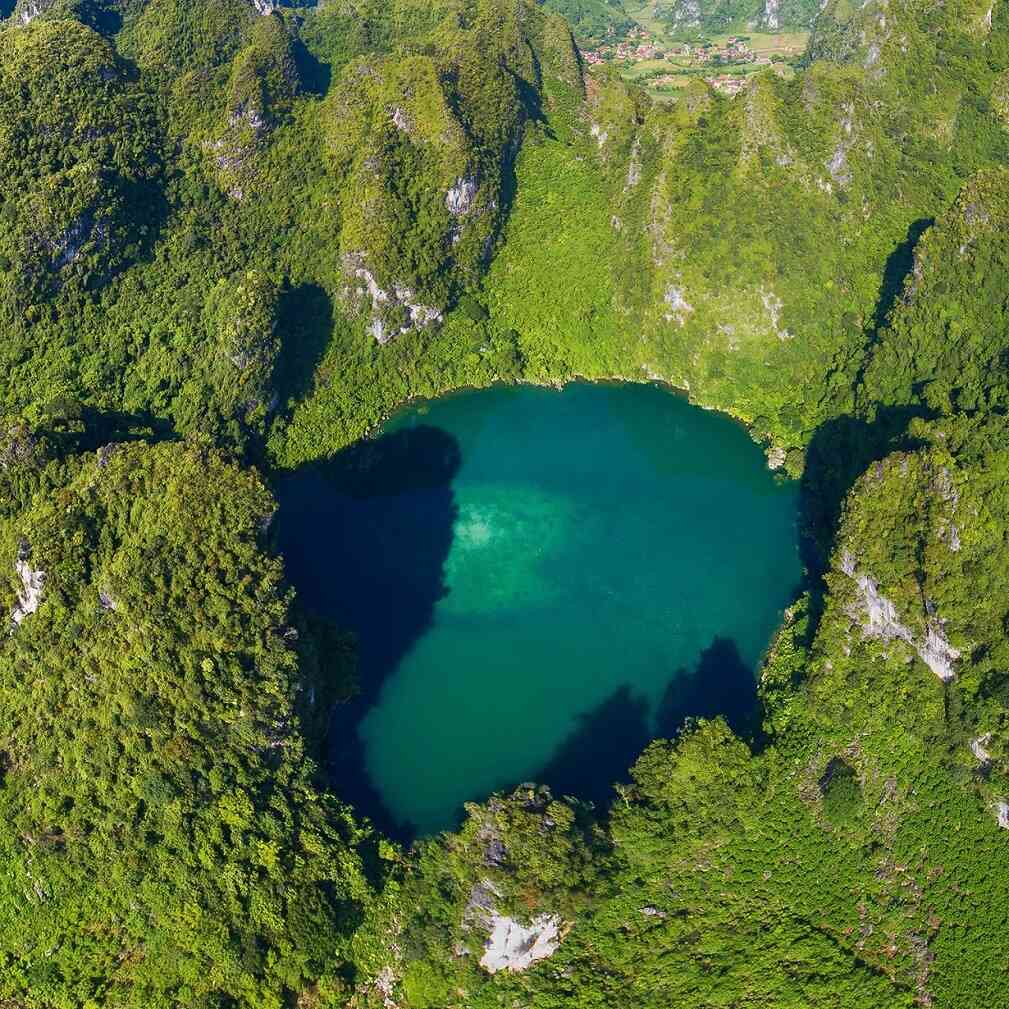 Covering an area of over 5,000 hectares, Yen Thinh, about 18 km from the downtown area of Huu Lung District, is surrounded by limestone karst mountains and home to over 1,300 families, mainly of the Tay, Nung and Dao ethnic minority groups. The stunning beauty of the commune’s landscapes can be seen in a series of aerial photos taken by Bui Vinh Thuan, a native of the northern highlands province. 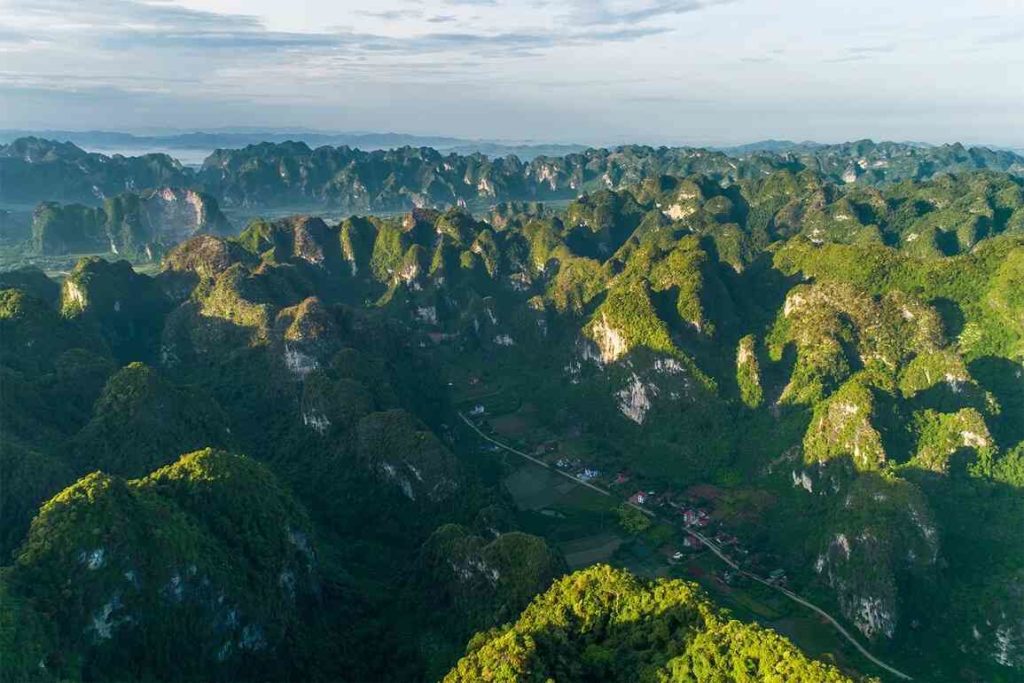 With a myriad of limestone hills rising up all around, the commune has been described as a Ha Long Bay on land. The commune has eight mountain climbing points at different levels serving both amateur and professional climbers. The commune has put up information signs for tourists and invested in equipment needed for the adventure sport. Some tour operators in northern Vietnam like VietClimb have been offering climbing tours to conquer limestone karst mountains in the area. 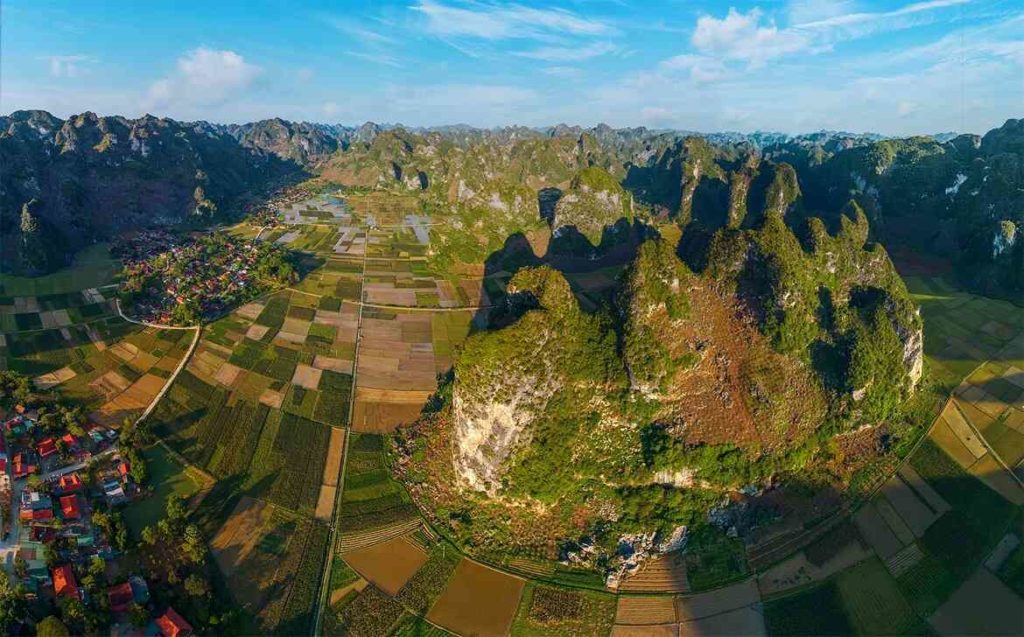 Standing atop the mountain peaks, visitors get a panoramic view of rice and corn fields of various shades dotted by tiled roof houses that the Dao and Tay people live in. 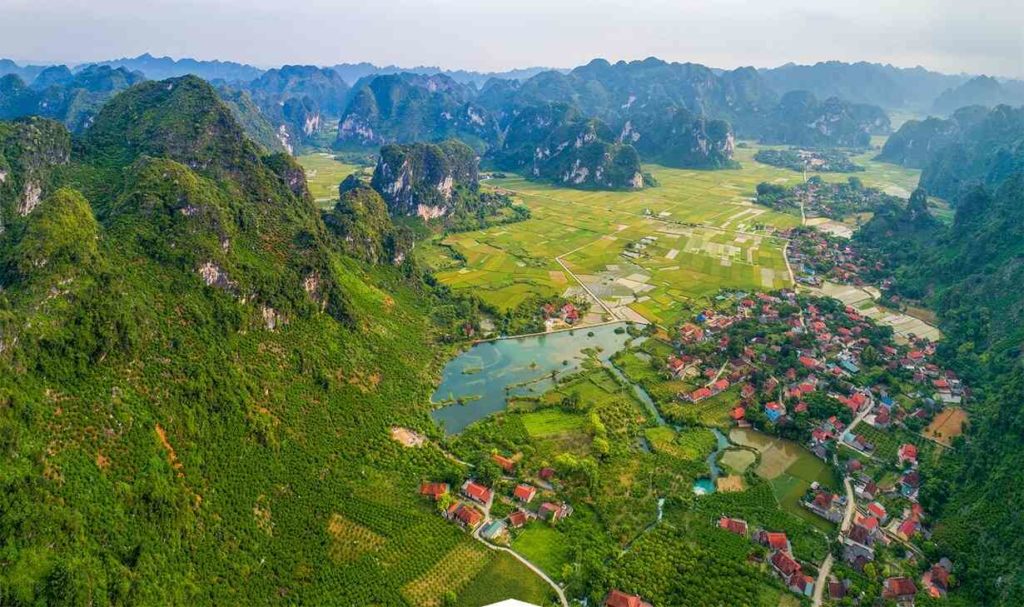 The residential area in Yen Thinh Commune. In recent years, as the commune attracts increasing numbers of visitors, locals have started offering homestay services, which is an opportunity to experience firsthand the distinct cultures and traditions of ethnic minority groups. Tourists can also enjoy local specialties made with homemade, natural ingredients, like corn cakes, black sticky rice cakes, grilled chicken and wild herbs. 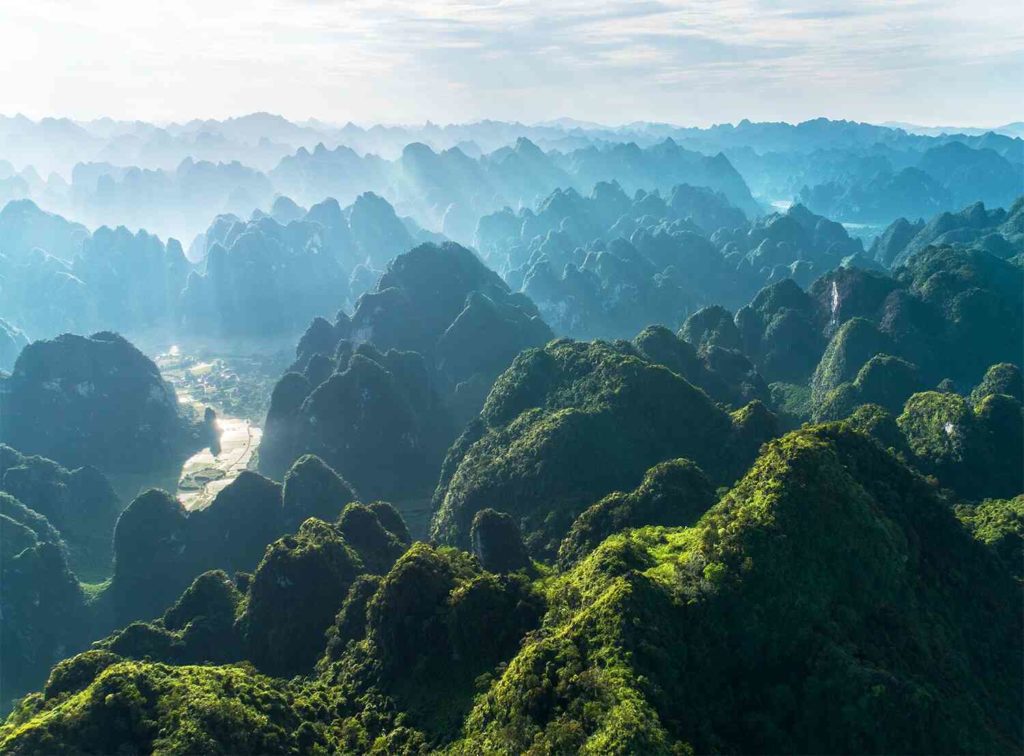 The first rays of sun on the limestone karst mountains. “It is rainy season now in the northern highlands. Mountain climbing is only encouraged between October and April,” Thuan said. To trek or rock-climb the mountains with steep rocky slopes, well-trained tour guides are available to ensure safety. As Thuan noted, adventurous activities are only allowed during the dry season. 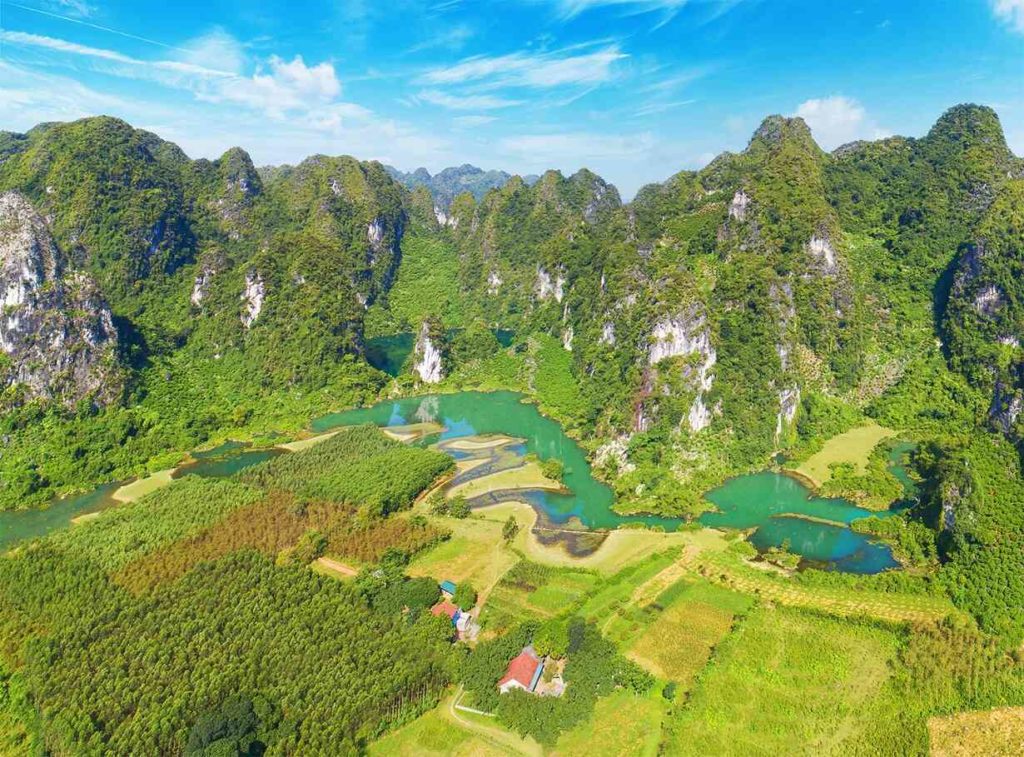 In addition to the limestone mountains, Yen Thinh has jade green lakes and streams winding around the valley that are great for kayak and camping experiences. The picture above is of the Dang Can Lake. 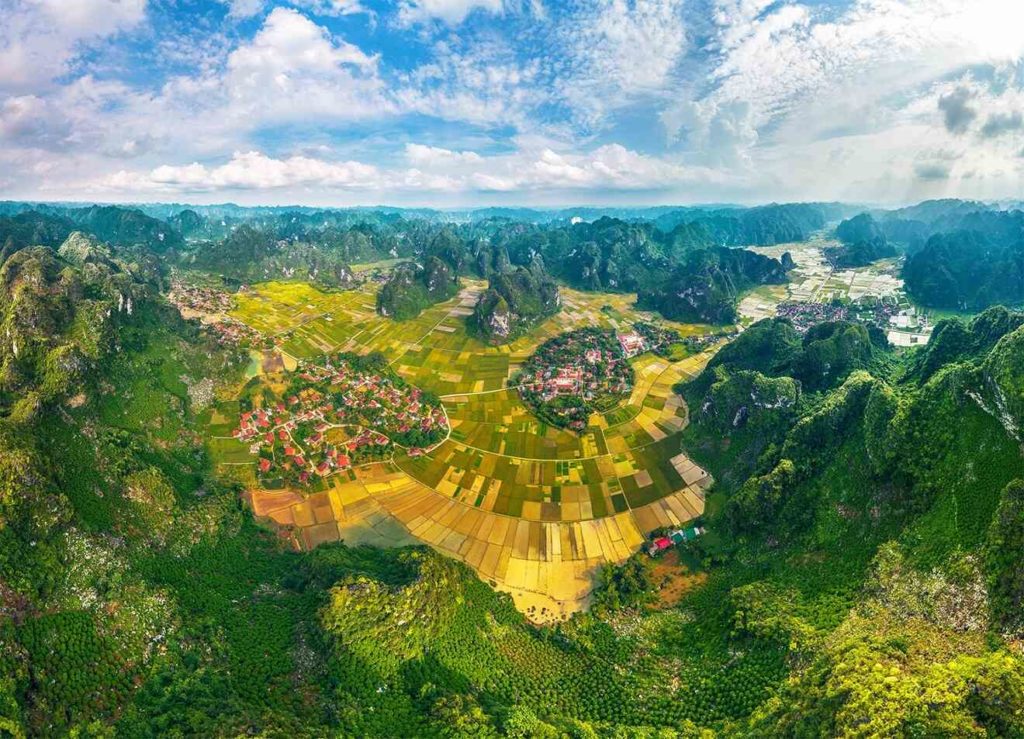 The heart shaped Lan Cut Lake is a literally hidden gem in the commune. Visitors have to trek through a forest to get to the emerald lake that is completely surrounded by hills. 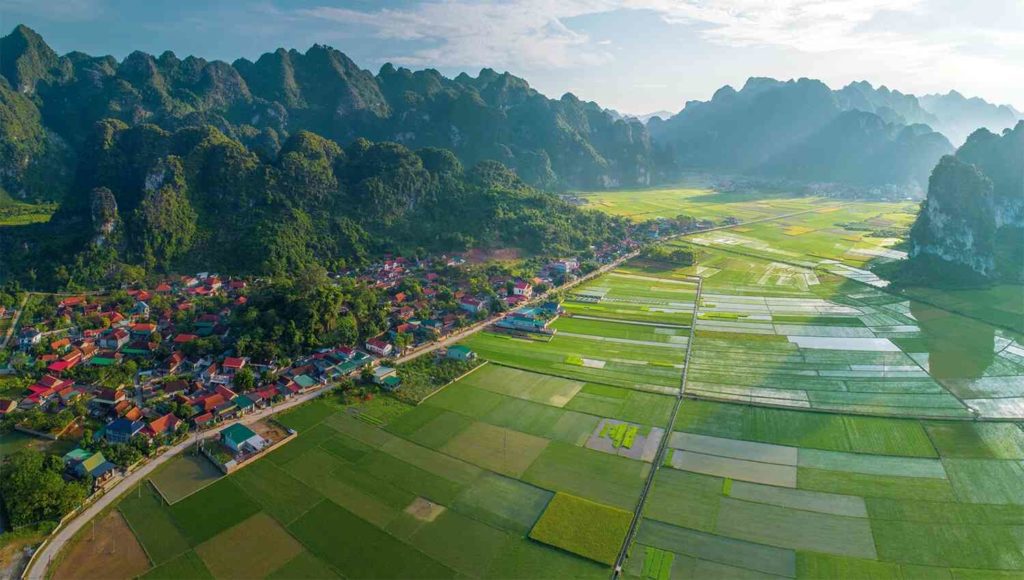 The main road in the commune bisecting green rice fields and the residential area is a magnificent sight in the sunlight. 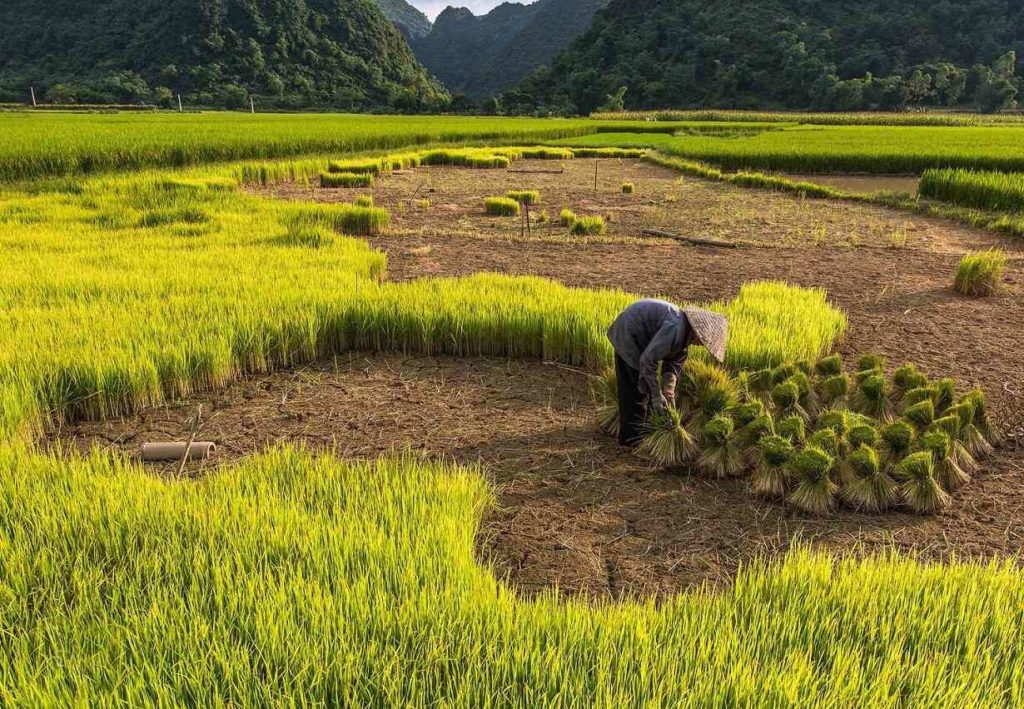 A farmer works in a rice field. In addition to rice, commune residents also grow fruit trees like guava, pomelo and annona (custard apple, soursop, etc.) on the mountain slopes. 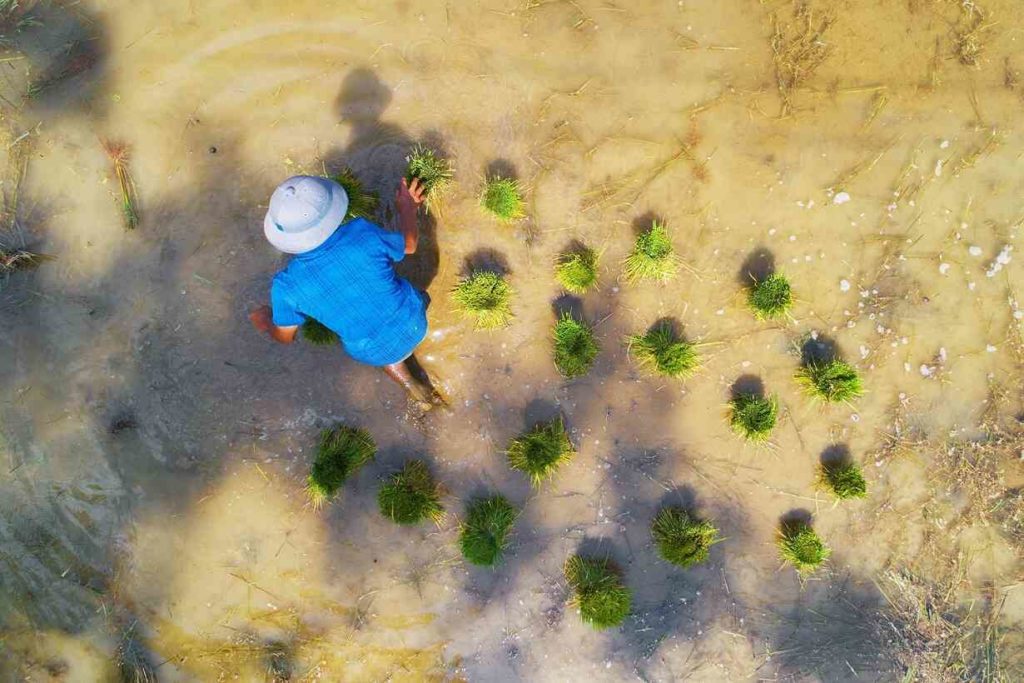 When a ‘Belaytionship’ Comes to An End

This design is wicked! You obviously know how to keep a reader entertained. Between your wit and your videos, I was almost moved to start my own blog (well, almost…HaHa!) Great job. I really enjoyed what you had to say, and more than that, how you presented it. Too cool!