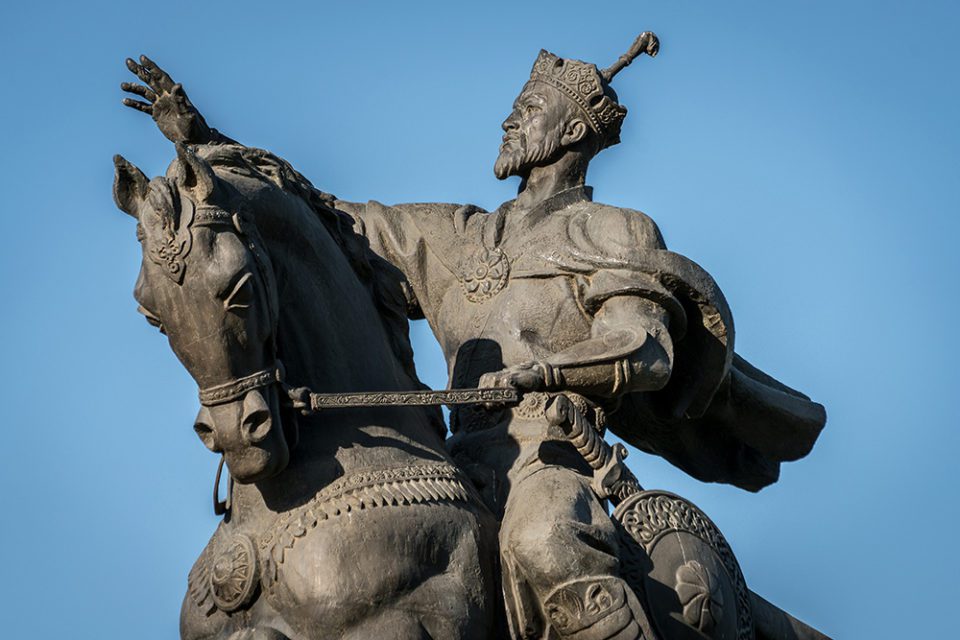 Few cities along the Silk Road carry such a resonance as Samarkand in Uzbekistan. Travellers have been waxing romantic about this storied city for centuries. When Alexander the Great found himself here at one of the farthest reaches of his empire-building, he declared: “Everything I have heard about Samarkand is true, except that is even more beautiful than I had imagined.”

Samarkand has had plenty of ups and downs since then, but it owes its current incarnation to the vision of “one family.” The Turco-Mongol conqueror Timur, also known as Tamerlane in the West, was born a century after Genghis Khan, but his epic campaigns across Asia spilled almost as much blood. His armies ravaged as far afield as Syria, Persia and India. The spoils of war flowed back to Samarkand, not least the craftsmen he needed to transform his capital into an imperial trophy. His grandson, Ulug Beg — also one of the most renowned astronomers of the Middle Ages — carried on the family building tradition and helped make Samarkand the marvel it is today.

Chief among Samarkand’s glories is the Registan, a large public square flanked by three madrassas (Islamic colleges), the first of which was built by Ulug Beg. As an ensemble, they are one of the most dramatic architectural statements in the Islamic world. Stunning mosaics and tilework adorn massive portals, and huge melon domes in turquoise are flanked by stout minarets that shoot straight out of the ground.

Northeast of the Registan is the Bibi Khanum mosque, Timur’s greatest feat, with a blue and cafe-au-lait brick arched entrance 35 metres high and a series of domes stretching behind it. The mosque was built so quickly it began to crumble almost as soon as it was finished, but a late 20th-century restoration brought the complex back to life (albeit with a veneer that looks a little too pristine in some lights). 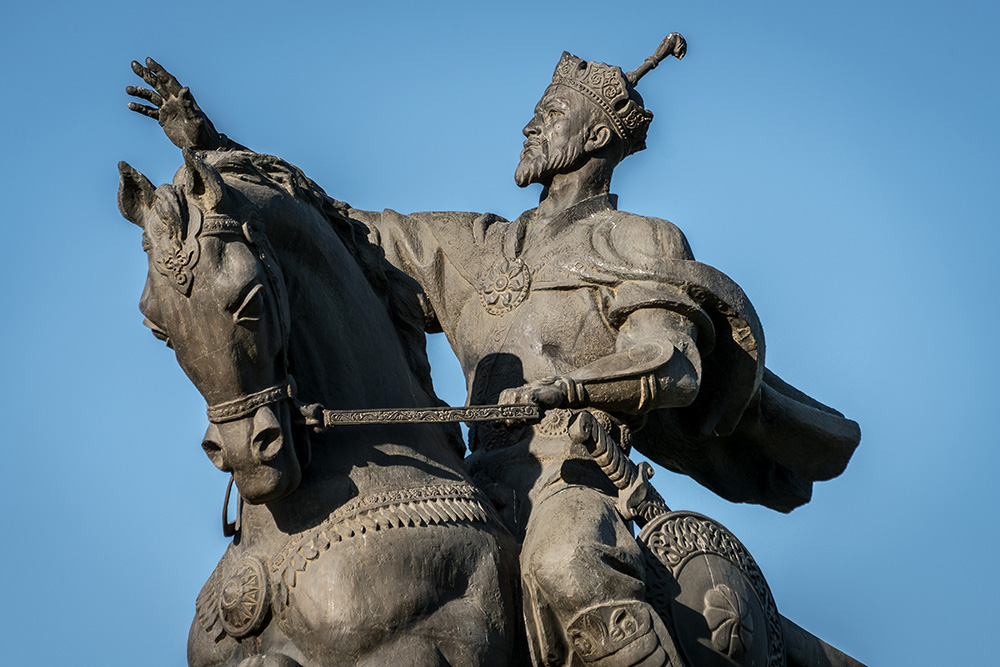 A statue of the conquerer Timur

More impressive perhaps is the Shah-i-Zindah, a necropolis with a jumble of domes and massive portals and the tombs of the best and brightest of the Timurid empire. The tiling and mosaic work here features stylized calligraphy, intricate floral designs, Arabesques, and more shades of blue than seem imaginable.

Timur himself is buried in his own mausoleum, the splendid Gur-i-Mir. For such a world-altering figure, it’s a surprisingly modest affair, but its high portal, blue ribbed dome, and blunt minarets are classics of the style that makes the city so celebrated. It was said that anyone who dared open Timur’s grave would spark a war more terrible than even those he had waged. Russian archaeologists did just that in 1941 to examine his remains, and three days later the Nazis launched their surprise invasion of the Soviet Union. Visitors to Samarkand today are recommended to take no action more dramatic than snapping a photo.

Discover rivers, hot springs in the best national parks and sites in Arkansas 2022