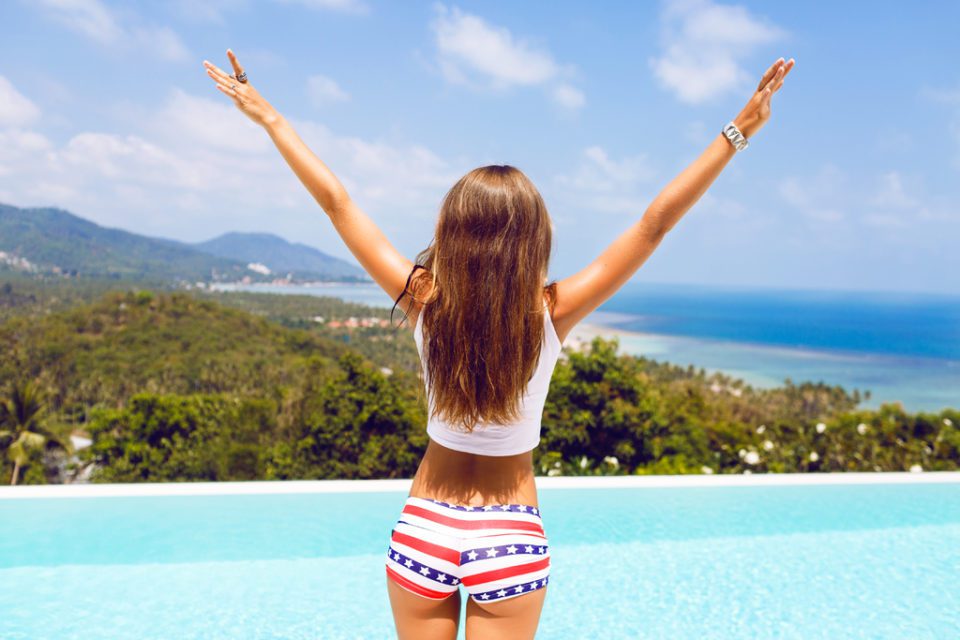 Are you looking for some guidelines to travel Finland 2022 ? You’re in right place .Finland has a deserved reputation for doing things at a human scale, and nowhere is this more apparent than on the country’s public transport system. From trains with onboard playrooms and efficient public buses to well-maintained highways and traffic-free cycle lanes, traveling around Finland is rarely stressful, though, like many things in Finland, it can be expensive.

Here’s our guide to the best ways to get around Finland, from Helsinki all the way to the Arctic Circle.

Trains are the best way to enjoy the Finnish countryside

Finland’s excellent train network fans out all over the country from the art nouveau masterpiece that is Helsinki Central Station – a gem of a building created by architect Eliel Saarinen in 1919.

Run with typical Finnish efficiency by Valtion Rautatiet (VR), trains run to most major cities in the south of the country, including Tampere and Turku and the coastal towns of Pori and Hanko.

However, the network shrinks noticeably once you head north of Oulu. In Finnish Lapland, the main hub is Rovaniemi, with limited services running north to Kolari and east to Kemijärvi. Wherever you go, you’ll enjoy views of rolling forests, glinting lakes and clusters of wooden cottages in a classic red and white Nordic color scheme. International services to Russia were suspended at the time of writing due to the conflict in Ukraine. 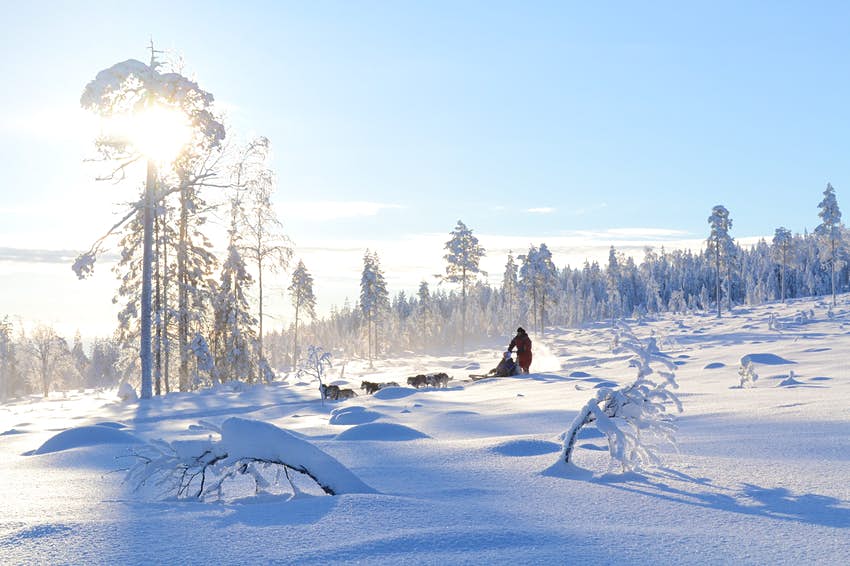 For quick cross-country journeys, look out for high-speed Pendolino trips between major cities or fast InterCity rides. Express and Regional trains are slower and stop at plenty of tiny stations in between the big hubs. For longer trips, sleeper trains offer a choice of comfy, airplane-style seats or sleeping berths in upstairs or downstairs cabins (head upstairs for in-cabin perks such as showers and toilets, at a higher price).

Perks of the Finnish rail system include on-board childrens’ cars with play areas, licensed dining cars, extensive support for travelers with disabilities and quiet booths for making phone calls without disturbing other travelers. Finland is also well integrated into the Eurail and Interrail ticket systems. 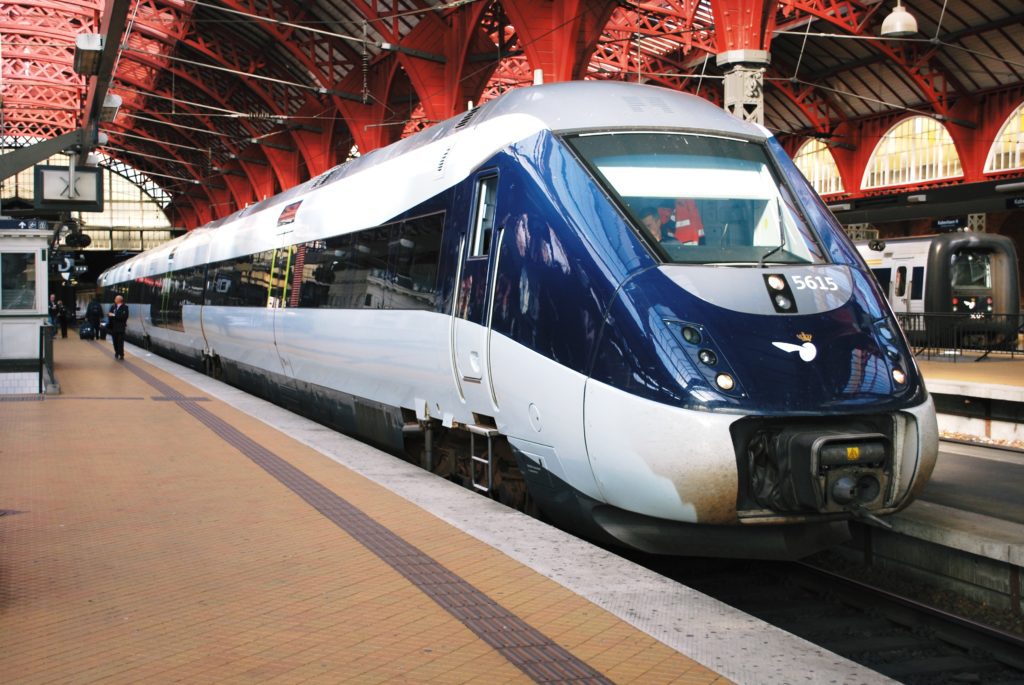 When it comes to prices, expect to pay a similar price to bus journeys in 2nd class, and around 35% more in 1st class. Kids under 17 pay half fares, one adult travels free with each adult for longer trips, and discounts apply for seniors and group travel. You can buy tickets online (often with discounts for advance travel) or from ticket offices and ticket machines at stations.

Tip for train travel in Finland: If you’re traveling from Helsinki in summer, before you hit the station, browse the market stalls at the Kauppatori market square for Finnish strawberries, blueberries, cloudberries, unshelled peas and other healthy snacks for the trip.

Buses are the backbone of intercity travel in Finland, though with the lack of motorways and slow speed limits, bus journeys move at a rather ponderous pace. Don’t expect to cover much more than 60km (37 miles) per hour.

You can take the bus to reach most cities, towns and villages in Finland; seats are comfortable and fares are reasonable, though regular vakiovuoro buses (which stop frequently) are cheaper than pricier pikavuoro express buses between bigger cities. Buses also run across Finland’s borders to Russia, Norway and Sweden – there’s a bit of red tape to navigate on routes to Russia, but border crossings to Nordic countries are seamless. 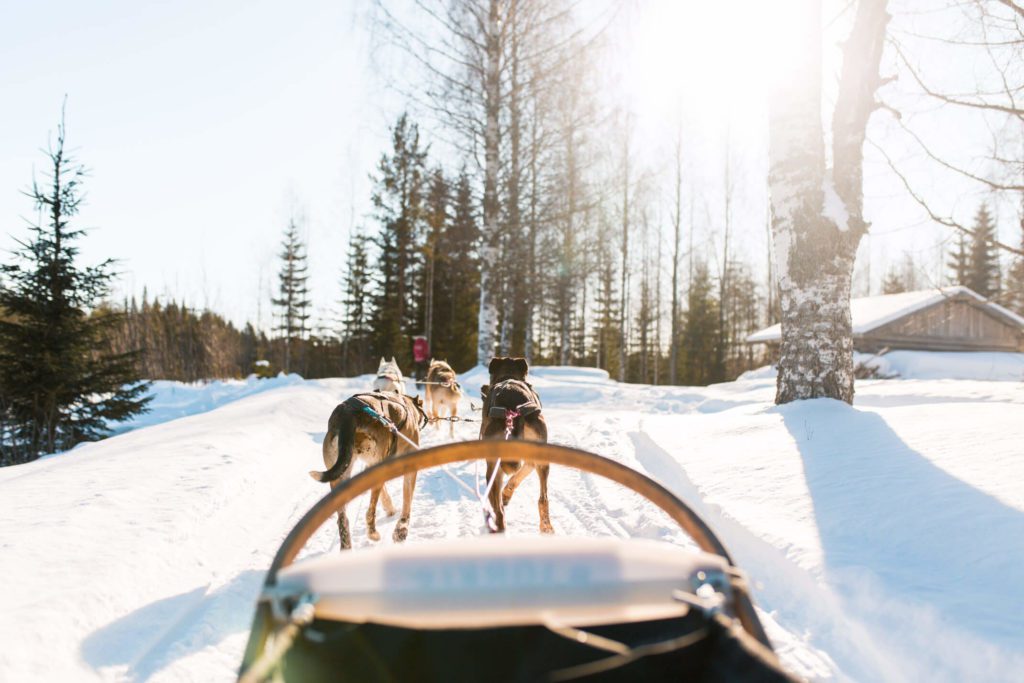 Ticketing is handled by Matkahuolto, and their website has comprehensive timetables for routes all over the country. Integrated within the same system are the budget intercity buses run by Onnibus, with big discounts available for advance bookings. You can buy tickets online, or from Matkahuolto offices or bus drivers. Matkahuolto also offers a bus pass allowing unlimited travel on routes across the entire country, valid for 7 days (€149) or 14 days (€249).

In larger towns, there’ll usually be a dedicated linja-autoasema (bus terminal) where you can buy tickets and check timetables. Departures are frequent between major towns, but services drop off substantially at weekends; in remote areas, there may be no weekend buses at all. Inconveniently, services also fall off during the summer holidays.

Considering the ease of getting around by bus and train, there isn’t a particularly compelling reason to fly internally within Finland, though it’s worth considering a flight for the long trip up to the Arctic Circle from Helsinki. Finnair visits cities all over the country from its main Helsinki hub, but fares are quite pricey compared to internal flights outside of northern Europe, unless you manage to snag a discounted promo fare. 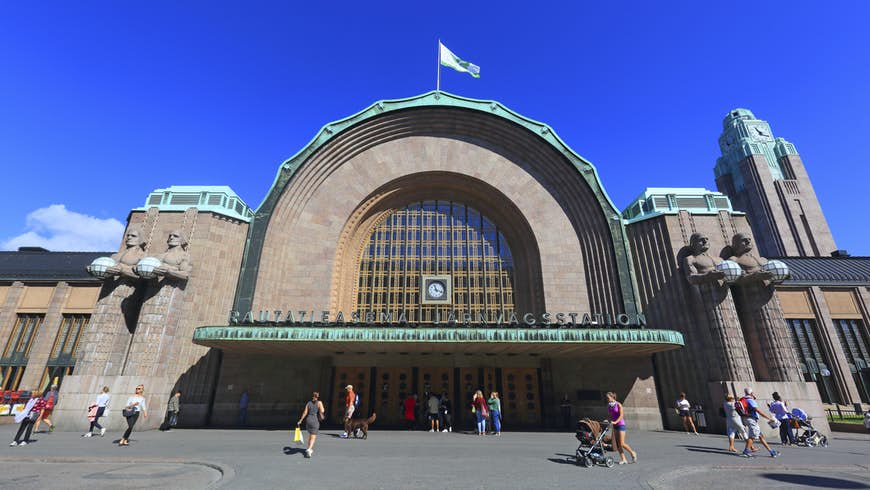 Cycling is a great way to explore Finland in summer

Finland is a great country for cyclists, with an impressive system of cycle paths taking you away from the traffic in and around urban areas. In the countryside, there are few hills to deal with, except in the north of the country. The country also has some impressive long-distance cycle routes, integrated into the Europe-wide cycle route network; bikes can easily be carried on ferries, trains and many buses.

Country journeys on quiet backroads can be a real joy, with plenty of opportunities to stop and splash in lakes en route. However, the abundant lakes can make journeys quite circuitous. When cycling in remote areas, be ready for the wildlife – you’re unlikely to encounter wolves or bears but deer and elk can be a hazard, and mosquitoes will stalk you in woodland areas. 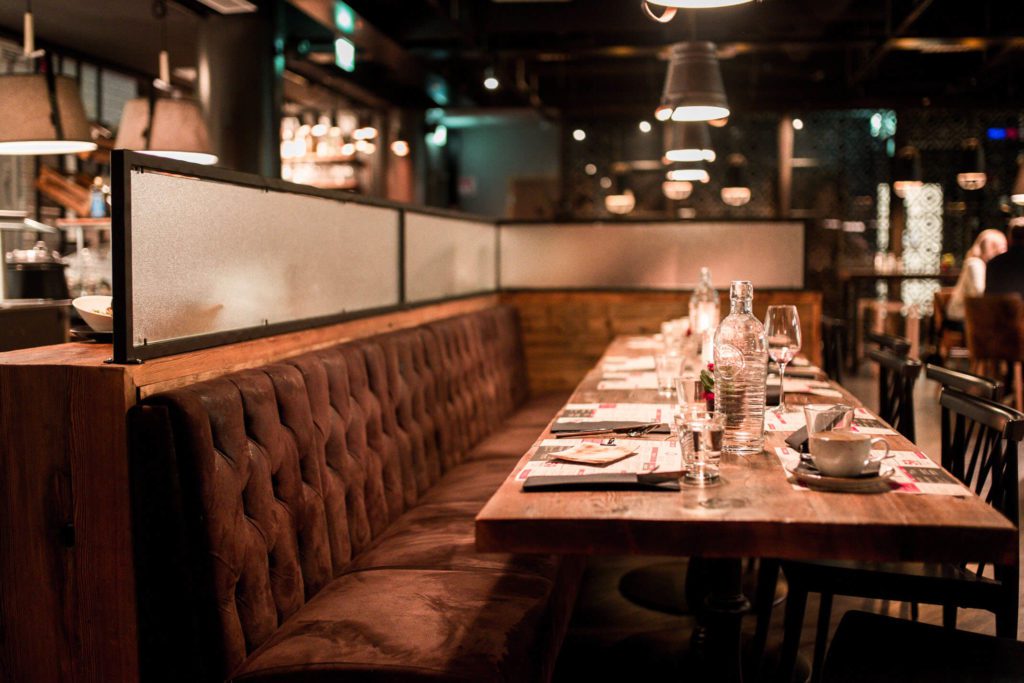 Some cities have local bikeshare schemes, but you’ll want a decent road or mountain bike to explore the backcountry – best hired from a dedicated cycle rental establishment. Cycling in Finland is definitely a summertime activity; in winter, the biting cold, snow and ice and general lack of daylight are serious impediments to enjoyable riding.

Finland has more than 188,000 islands; many are linked by bridges and causeways and ferries connect larger islands to each other and to the mainland. The most important sea ferry routes link Helsinki and Porvoo and Turku and Naantali; ferries also run from Helsinki, Turku and Naantali to the Åland Archipelago, with connections onward to Stockholm, Kapellskär or Grisslehamn in Sweden.

International ferry companies such as Finnlines, Viking Line and St Peter Line run services from Finland to Sweden, Germany, Estonia and Russia. Then there are lake ferries within Finland – once these were vital transport links but today they’re more like leisure cruises, but they’re still a fun way to travel between Tampere and Hämeenlinna or Virrat, between Savonlinna and Kuopio, and between Lahti and Jyväskylä.

A rental car is the easy way to explore Finland

Driving Finland’s uncrowded roads is a pleasure, with no tolls, immaculately maintained road surfaces, and endless miles of gorgeous scenery rolling by outside the windows. However, with the deeply indented coastline and lake-filled interior, a journey from A to B can take much longer than you might expect.

See more about Finland with this video :

Slow local speed limits don’t help – a 100kmph limit applies on major highways, rising to 120kmph on Finland’s handful of motorways. On smaller roads, you’ll have to stick to 80kmph. Speed cameras are everywhere but there are good reasons for keeping things slow; winter driving conditions can be challenging and elk, deer and reindeer pose a serious danger on the roads in rural areas. From 1 November to 31 March, snow tires are required, and slower speed limits apply. 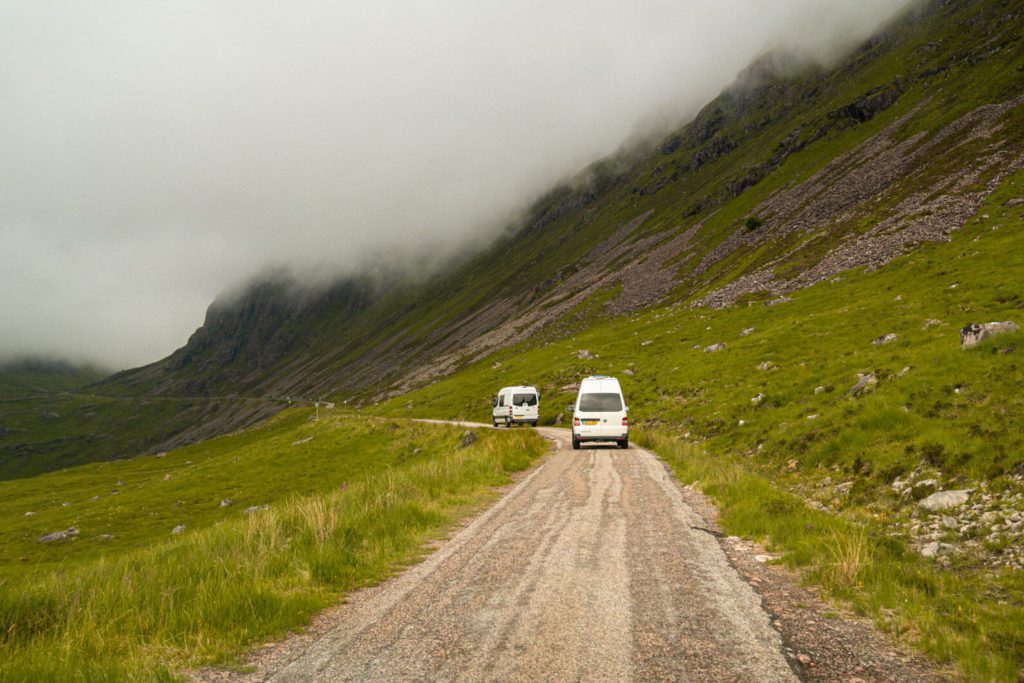 Renting a car is easy in Finland but it can be expensive, particularly once you factor in the high cost of petrol. Most international driving licenses are valid, and all the major car rental firms have offices at airports and in major towns. There are big surcharges for one-way rentals.

Finns drive on the right, headlamps are mandatory at all times, and traffic entering an intersection from the right has right of way, even if there is no ‘give way’ sign. Parking is usually on the street and you can pay at automatic machines using cash or cards; avoid parking within 5m (16ft) of a pedestrian crossing or intersection.

Note that many petrol stations are unmanned; you can usually pay with cash or a bank card, but automatic payment machines may not give change for cash.

Local transport is inexpensive and efficient in Finnish cities

Helsinki has Finland’s only metro and tram system, backed up by an efficient public bus network and the City Bikes bikeshare scheme. Elsewhere, inexpensive local buses zip around towns and out to nearby villages.

The taksi (taxi) in Finland is an expensive creature, particularly for short rides, but you can find a cab easily at transport hubs and in the street in downtown areas, or you can call ahead for a ride. Uber operates in Helsinki, and you can also summon rideshares via Kyydit.net and Carpool Finland.

Finland sets a standard that leaves many other countries in the shade when it comes to accessible travel. By law, almost all Finnish institutions and public facilities have ramps, lifts and special toilets for travelers with limited mobility, and many hotels and restaurants have disabled-friendly facilities, except for older properties. 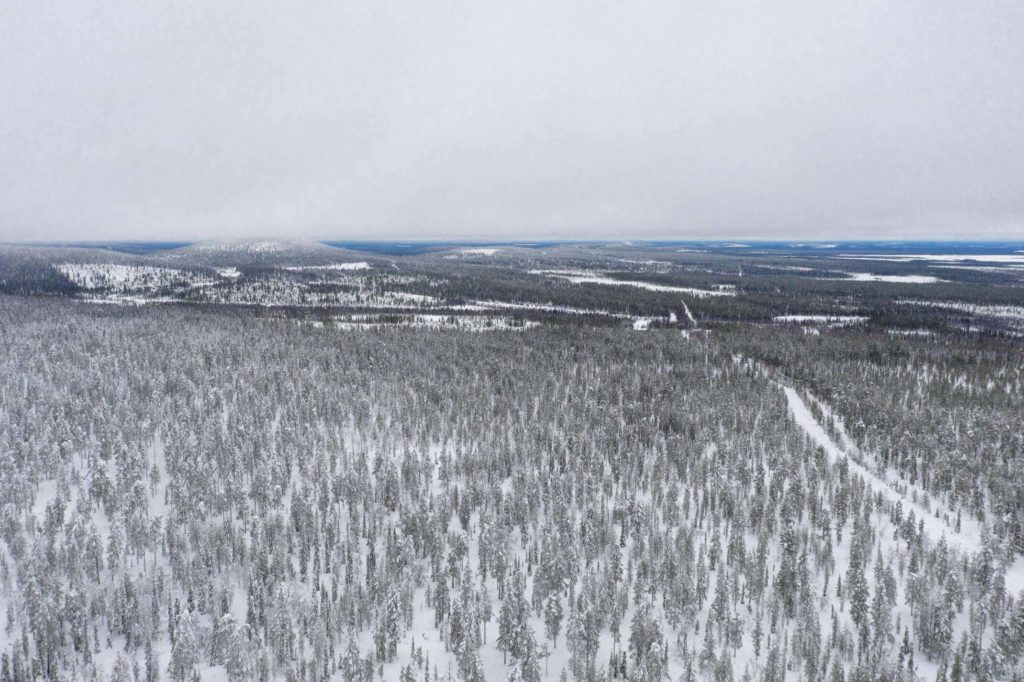 Why I love traveling by train in Finland

Train rides in Finland provide a wonderful space for contemplation – a chance to forget the world and drift off into quiet thought as endless pine trees (and the occasional tidy village of red and white weatherboard houses) roll by outside the windows. Human-friendly measures like play zones for kids and cubicles for phone calls only add to the stress-relieving mood; it’s like transport reinvented as meditation.

The best places to visit in Marrakech, Morocco 2022