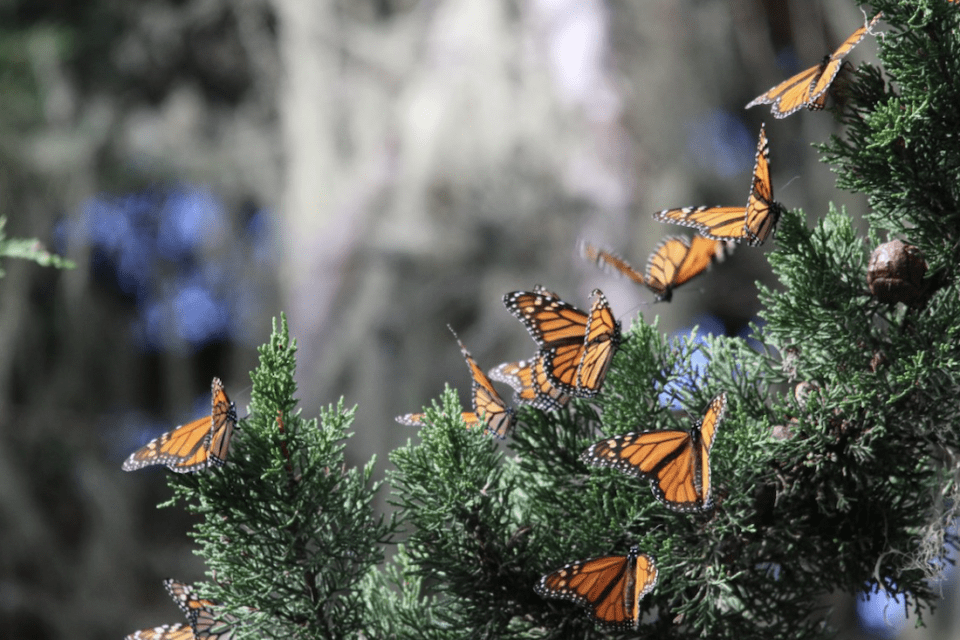 Each fall, the Xerxes Society for Invertebrate Conservation counts western monarch butterflies as they migrate throughout California. And for many years now, each fall the count declines further and further. Native plant nurseries along the West Coast have turned to pushing milkweed among household gardeners, the Monarch’s favorite plant, to give them more places for refuge on their journey. But the data has generally been stark. Habitat loss and pollution have decimated the monarch population. One of the most well known, if not the most well-known, of butterflies facing sure extinction. In 2020, the count recorded less than 2,000 monarchs.

Then this year’s count was released.

Part of that is certainly due to an increase in pollinator plants for the monarchs, and an awareness in the general population that household pesticides are ruinous for butterflies but also more roosting sites have been discovered since last year, adding more monarchs to the totals.

However, despite this year’s wonderful news, monarchs have lost 95% of their population since 1980.

“Now more than ever, we have an opportunity to double-down on our conservation efforts,” said Isis Howard, Endangered Species Conservation Biologist for the Xerces Society. “Acting quickly to harness the momentum of this upswing is our best chance at preventing western monarchs and other at-risk butterflies from being lost forever.”