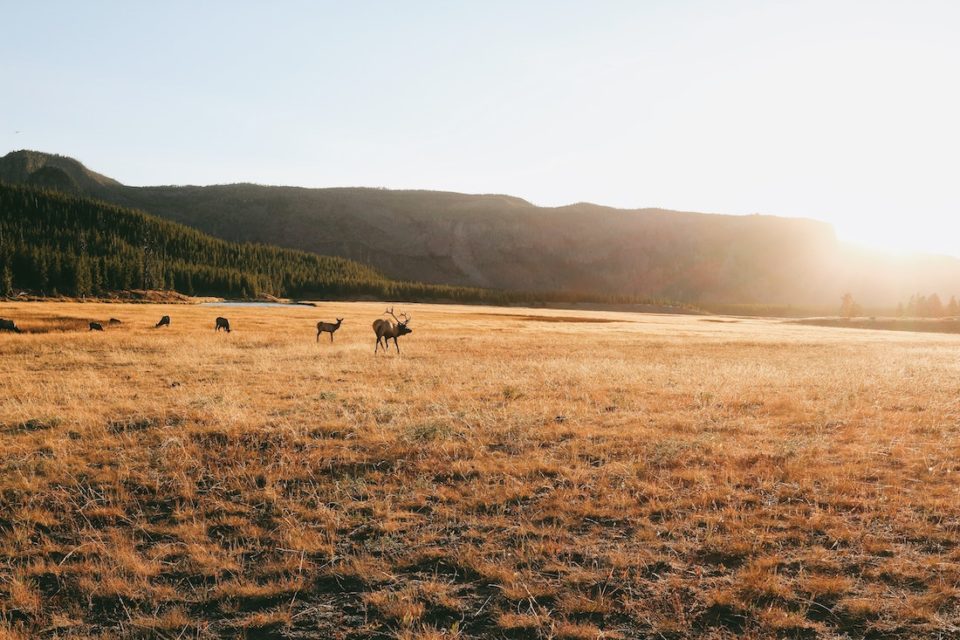 When Westerners think of Yellowstone, probably what comes to mind are its grizzlies, exploding geysers, wolf packs and elk traffic jams, not to mention bubbling, iridescent hot pools that attract swarms of visitors from all over the world. The park is a jewel of the Northern Rockies, but to this journalist who has covered its stories for 35 years, the real miracle of Yellowstone is its intricate world of wildlife.

Yet any discussion of wildlife here comes wrapped in a paradox. Despite Covid-19, or perhaps because of it, in 2021 Yellowstone smashed monthly, seasonal and annual visitation records, notching nearly 4.9 million visits. That is 860,000 more than in 2019, the year before the pandemic struck. This year, given social media and marketing aimed at the park’s 150th anniversary, it’s possible that Yellowstone could surpass the 5 million mark.

Even if it doesn’t hit that milestone, many locals who have visited the park for decades say its roads and its capacity for serving visitors are already overwhelmed, as are many public facilities in the gateway towns of Idaho, Montana and Wyoming. Although the crushing visitation happens on a tiny percent of parkland, all these curious tourists create waves of troubling ripple effects.

Yellowstone is neither a standalone island nor a drive-through zoo. It is unique, the last ecosystem in the Lower 48 to contain all of the original mammal species that were on the landscape before Europeans arrived on the continent.

Now, based on the diversity and health of its wildlife populations, Yellowstone is wilder than it was in 1872, when poachers, bounty, and market hunters nearly wiped out all wildlife in the country.

Grizzly bears have been rescued from a population free fall. Wolves were brought back by the Interior Department under Bruce Babbitt in the mid-1990s, and the park’s bison population, which numbered just 23 at one point in the late 19th century, is at 5,000.

Not all are celebrating Yellowstone’s birth. Some have portrayed the park as an emblem of injustice that resulted in the removal of Indigenous people from native homelands. These critics see a park which non-white citizens say they have never felt invited to embrace as part of their heritage. This needs to be addressed by the National Park Service and remedied.

What cannot be repaired, once broken, are the fragile threads of biological connections holding the ecosystem together. And those connections extend for miles outside the park boundaries, through migration trails and rivers. These days, the boom in outdoor recreation in the West has been crowding the park’s adjacent national forests. The high numbers rival public-land use levels around Moab, Utah’s Wasatch, and the Front Range of the Colorado Rockies, places that don’t have Yellowstone’s diversity of wildlife. Another threat is that neighboring states like Montana have promoted the killing of park wolves and bison when they cross Yellowstone’s invisible boundary.

Private lands surrounding Yellowstone are also getting built up, transformed by mostly unplanned development. Such development is the biggest threat to the survival of grizzlies and other park species, warns Chris Servheen, who served as the U.S. Fish and Wildlife Service’s national director of grizzly bear recovery for 35 years. Wild animals always suffer when roads, houses and people move into their territories, Servheen says. Coexistence may be the goal, but humans always win any dispute with wildlife trying to survive.

Five years ago, Dave Hallac, who manages the science division at the park, told me he was worried not just about the Yellowstone ecosystem suffering “death by 1,000 cuts,” but death by 10,000 scratches, as more people scramble for their piece of paradise. The trend has only accelerated.

What is the most enduring “value” of Yellowstone? The park reveals that humans deeply appreciate this special place of wildness. But the park also has an urgent message to those same humans: Our consumption of wild places means we must deliberately decide to accept limits. This is a good thing—and an increasingly rare thing.

Todd Wilkinson is a contributor to Writers on the Range, writersontherange.org, a nonprofit dedicated to spurring lively conversation about the West. He is a writer and founder of Mountain Journal in Montana, mountainjournal.org. Top photo: Kelly Repreza

‘I’m in charge of my future’: G Adventures employees on being a lady in journey

Is It Weird To Bring Water Home From the Backcountry After a Trip?