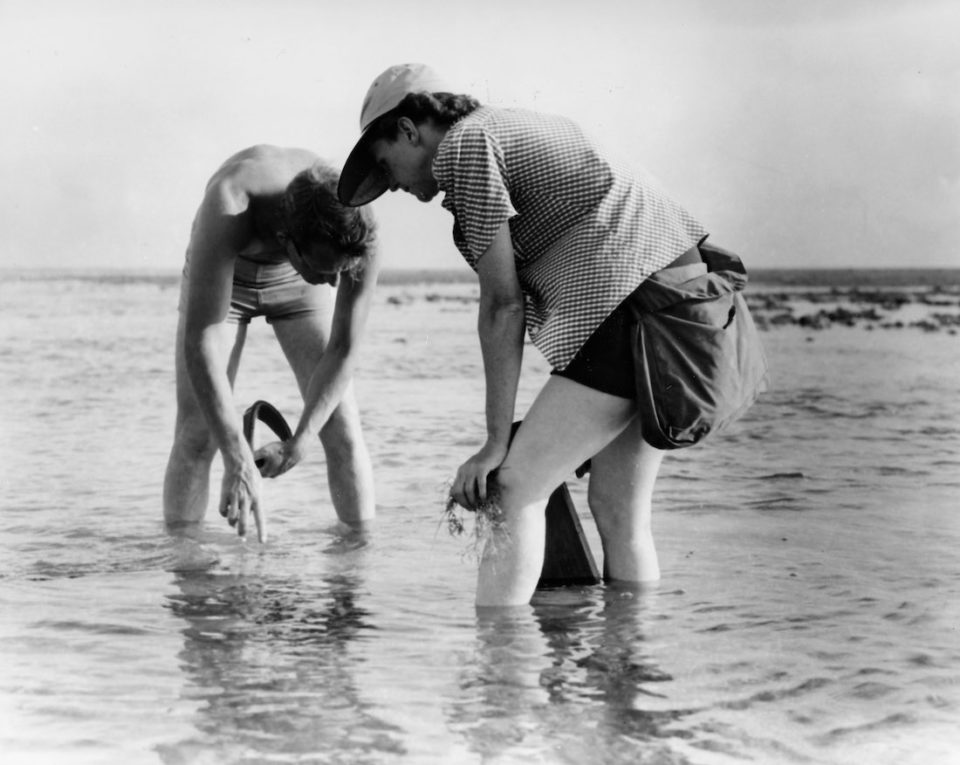 Badass is a slippery word. Originally, it was a slang word meaning something close to “bully.” A person was bad, and they were an ass about it, therefore, they were a badass. Like many nouns, however, especially slang, its meaning has evolved. What was once an insult leveled at truly unlikeable people, the term badass gradually became associated with a kind of swagger, most often a masculine swagger, though any man or woman who did things their way and didn’t give a damn about what anybody else thought—well, they were a badass. Still, today, the term stretches, it molds, it evolves. A badass now may be somebody you don’t want to mess with, it may be somebody who conquers seemingly inhuman feats, or someone unafraid to court death in pursuit of adventure. But a badass too is someone who sees a wrong, and works to right it—something society could use a whole lot more of. A champion. If righting that wrong changes the world for the better, empowers what is good and strips away what is bad, or at least shines a powerful spotlight on it, that warrants a badass tag too.

Rachel Carson, by all accounts an introverted person who loved words and writing and strolls through nature, and poking into tidepools—was a badass. She was a badass because she altered the public’s perception of nature by highlighting its fragility and humankind’s impact on it. Often credited with weaving environmentalism into the fabric of American culture, she brought about the kind of lasting societal change history rarely sees.

If that’s not badass, what is?

Of course, the bulk of that came in the 1962 release of her book, Silent Spring. But Carson was already a well-known non-fiction writer by 1962. A fisheries biologist, she’d written two best-selling books about marine life in the 1950s; indeed most of her writings concerned the sea. Since at least the 1940s, however, she’d grown concerned that synthetic pesticides were a looming disaster for the environment. This was at a time when the federal government was hosing down entire suburban blocks with DDT, and pumping chemicals over millions of acres of land in a modern nightmare of insect eradication experiments.

Almost instantly, readers around the country began writing Congress, urging action to curb the spread of poisons throughout the ecosystem, a word Carson practically injected into the American dictionary.

DDT was originally developed to combat the spread of typhus among soldiers during WWII who easily became infested with lice. Carson learned about DDT while working for the US Bureau of Fisheries (a program that would later be absorbed into the US Fish and Wildlife Service). She knew that DDT was sold for civilian use following the war and that it hadn’t been tested for that application. That hadn’t stopped chemical companies from selling it to farms which began spraying the chemical widely, then, eventually, municipalities too, in the postwar obsession with taming nature.

Her interest in DDT was not yet shared by the publishers of Reader’s Digest, whom she initially approached with the idea of writing an article on the poison slowly choking the life of America’s waterways.

So Carson returned to her first focus, the sea.

Carson was born in rural Pennsylvania, along the Allegheny River, in 1907. Her father was a farmer, who plied 64 acres of fruit trees and chicken coops and livestock barns. She observed. She learned about the plants and the animals living on the farm, the relationships that bound them all together in a great ecological web. As she grew, she wrote poems and stories, a writer first and foremost.

She attended Pennsylvania College for Women initially as an English major; in 1928, however, she switched schools and subject of study when she followed a beloved professor to Woods Hole, Massachusetts, to attend the prestigious oceanographic school for a summer project. The ocean, like it does for so many, exposed Carson to a far bigger world than the idyllic farm she grew up in, in her case, that bigger world was an expanded ecosphere. She began studying zoology seriously, and eventually moved on to Baltimore where she took a master’s degree at Johns Hopkins.

The Depression ended her graduate studies before Carson earned a Ph.D., and out of necessity, she took the government job at the Bureau of Fisheries. For a time, she wrote articles about the ocean published in the Baltimore Sun, then, later, her first breakout book, The Sea Around Us. 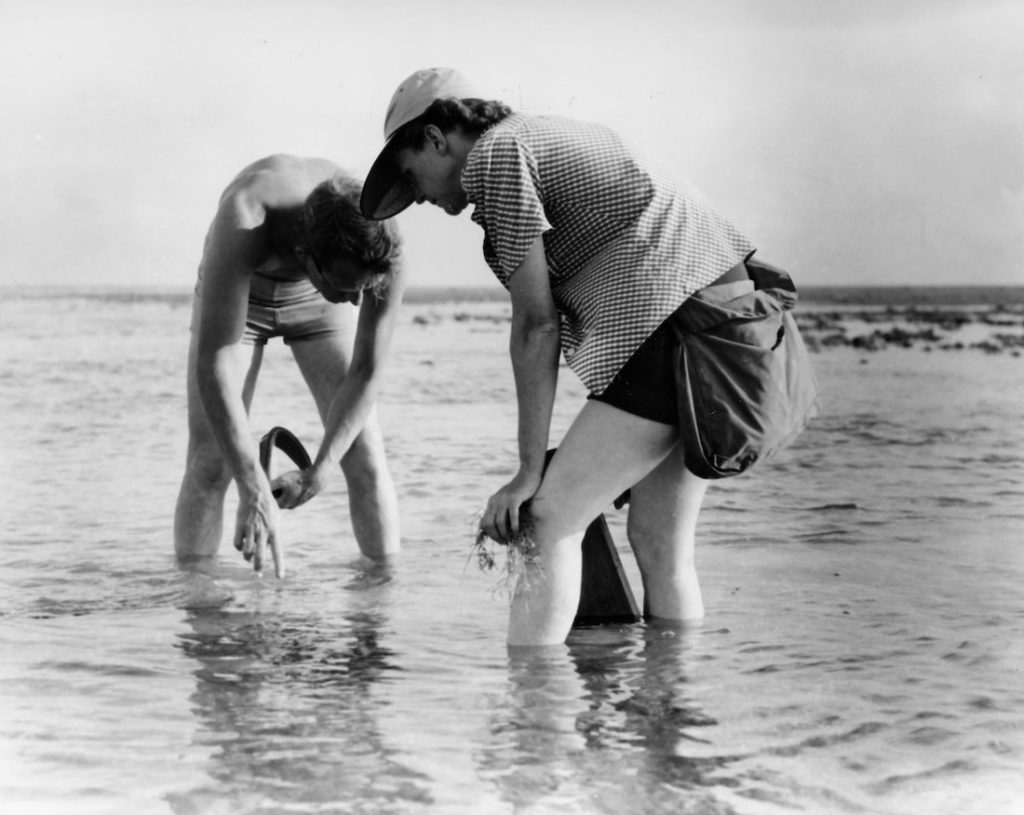 First published in sections in The New Yorker, The Sea Around Us won the National Book Award and allowed Carson the financial freedom to leave her government job. Crucially, this gave her the time to eventually change the world.

By the late 1950s, Carson, now living in Maine, began to receive correspondence from concerned citizens in the northeast who’d seen the devastating effects of pesticide use on the bird and animal populations where they lived. Everything was dying, it seemed, except the bugs. Carson, who’d long wanted to write about the dangers of pesticide, eventually dove headfirst into the science behind how the chemicals worked, and the havoc they wreaked. For years she studied and read and wrote.

She did this while slowly dying of cancer, a sickness she kept secret, partially to avoid chemical companies from accusing her of holding a personal grudge against carcinogens, and partially so that they’d not hold back on attacking her point, which would only make them appear more craven to the public.

By 1962, she was finished. Titling her book Silent Spring, Carson’s work was a thunderclap, though one composed of lyrical prose. The woman could write like few if any science authors that came before or after her.

As an example, a piece from her book, The Edge of the Sea:

In my thoughts these shores, so different in their nature and in the inhabitants they support, are made one by the unifying touch of the sea. For the differences I sense in this particular instant of time that is mine are but the differences of a moment, determined by our place in the stream of time and in the long rhythms of the sea. Once this rocky coast beneath me was a plain of sand; then the sea rose and found a new shore line. And again in some shadowy future the surf will have ground these rocks to sand and will have returned the coast to its earlier state. And so in my mind’s eye these coastal forms merge and blend in a shifting, kaleidoscopic pattern in which there is no finality, no ultimate and fixed reality—earth becoming fluid as the sea itself.

This was Carson’s secret weapon. She wrote so well, she transcended boundaries between farmers and urbane readers, between scientists and casual readers. Almost instantly, readers around the country began writing Congress, urging action to curb the spread of poisons throughout the ecosystem, a word Carson practically injected into the American dictionary.

Within a year of Silent Spring’s publishing, President Kennedy himself was moved to action. “Yes,” he answered a White House reporter the summer after the book appeared when pressed if he planned to take action to control the use of DDT and pesticides. “I know that they already are, I think particularly, of course, since Miss Carson’s book.”

Readers were less concerned about the death of birds, though that was certainly an impactful part of the book, than they were with what those pesticides might be doing to their own bodies. Carson’s book shocked the American public into rethinking the ineffable march of scientific progress in the post-war world, especially as concerned with wrangling control over the natural world. Her book ultimately is as much about hubris as it is about pesticides, a mistaken belief that the environment can be perfected by the better minds of humankind.

How right she was.

It’s impossible to overstate the impact of her work. A direct line can be drawn from Carson’s book to the passage of the Clean Air Act (1963), the Wilderness Act (1964), the National Environmental Policy Act (1969), the Clean Water Act and the Endangered Species Act (1972). Then, in 1970, the Environmental Protection Agency was born, again, largely because of the concerns Carson’s book raised among the public. The environmental movement as we know it owes its birth to Carson, as do the countless ecosystems preserved by the actions of those government entities.

Carson died from complications arising from cancer treatment in 1964. She was posthumously awarded the Presidential Medal of Freedom by President Jimmy Carter for her work. Silent Spring regularly appears on lists celebrating the best and most important works of non-fiction books in the twentieth century.

She was a gifted author, writing with the rare combination of authority and poetry, the sort of talent that makes the unknowable knowable.

Here are some of her our favorite Carson quotes:

“In every outthrust headland, in every curving beach, in every grain of sand there is the story of the earth.”

“Those who contemplate the beauty of the earth find reserves of strength that will endure as long as life lasts. There is something infinitely healing in the repeated refrains of nature — the assurance that dawn comes after night, and spring after winter.”

“The human race is challenged more than ever before to demonstrate our mastery, not over nature but of ourselves.”

“As crude a weapon as the cave man’s club, the chemical barrage has been hurled against the fabric of life – a fabric on the one hand delicate and destructible, on the other miraculously tough and resilient, and capable of striking back in unexpected ways. These extraordinary capacities of life have been ignored by the practitioners of chemical control who have brought to their task no “high-minded orientation,” no humility before the vast forces with which they tamper.”

“If the Bill of Rights contains no guarantee that a citizen shall be secure against lethal poisons distributed either by private individuals or by public officials, it is surely only because our forefathers, despite their considerable wisdom and foresight, could conceive of no such problem.”

“Those who dwell among the beauties and mysteries of the earth are never alone or weary of life.”

The best places to visit in Exmouth, Western Australia in 2022