I had always dismissed Mount Abu as a crowded, touristy destination and it it was never on our travel radar. Until one day, a research led us deep into this ‘hill station’ and we were pleasantly surprised.

Mount Abu is a ‘hill station’ on the Aravalli range of mountains. The Aravallis are amongst the oldest mountains in the world. Being at a high altitude, and perhaps in a favourable windward location vis-a-vis the distant Himalayas, Mount Abu gets very cold in the winters. Very cold. People have reported a thin layer of ice on the lake bodies in the higher elevations of Mount Abu in winters.

Because it was a research trip, we got to explore the non-touristy part of Mount Abu and realised what an awesome place it is.

The drive up the hill to Mount Abu is through a lazily winding road through the dense Mount Abu Wildlife Sanctuary. The forests are home to sloth bears, leopards, rhesus macaques and many other animals. The temperature keeps dropping as you climb. Find yourself a nice place to stay and you shall be able to really enjoy this lovely town in the hills.

Since Mount Abu is the only ‘hill station’ in Rajasthan, and also neighbouring Gujarat, most of the erstwhile royalty and wealthy people from these two states have had sprawling summer and winter retreats here. Jaipur House, Bikaner House, Kishangarh House etc are notable examples that come to the mind. Most of these estates have been converted into hotels, and form some very good places top stay.

Our own trip to Mount Abu was about meeting people. We went into the town, visited homes which are over 70 years old, discussed a lot of stories and history. We went for walks inside the sanctuary, and walks around Trevor’s Tank (Colonel Trevor was an Agent To The Governor General, in pre-Independence India), a man made water body at the top of Mount Abu which now harbours many crocodiles. We trekked through the slopes and look for tell-tale signs of sloth bears on tree trunks.

Conversations and stories encouraged us to visit more of this town. We went to Trevor’s Pavilion, a Colonial era polo ground, where the lettering says ‘1894’, perhaps the year the pavilion was built, making it 126 years old in 2020.

Over subsequent trips, we fell more and more in love with Mount Abu. There is a lot to do here and plenty to see. It is said Guru Nanak too had visited Mount Abu and there stands a Gurudwara to commmorate that, built by the First Sikh Governor of Rajasthan named S. Gurmukh Singh in 1960. 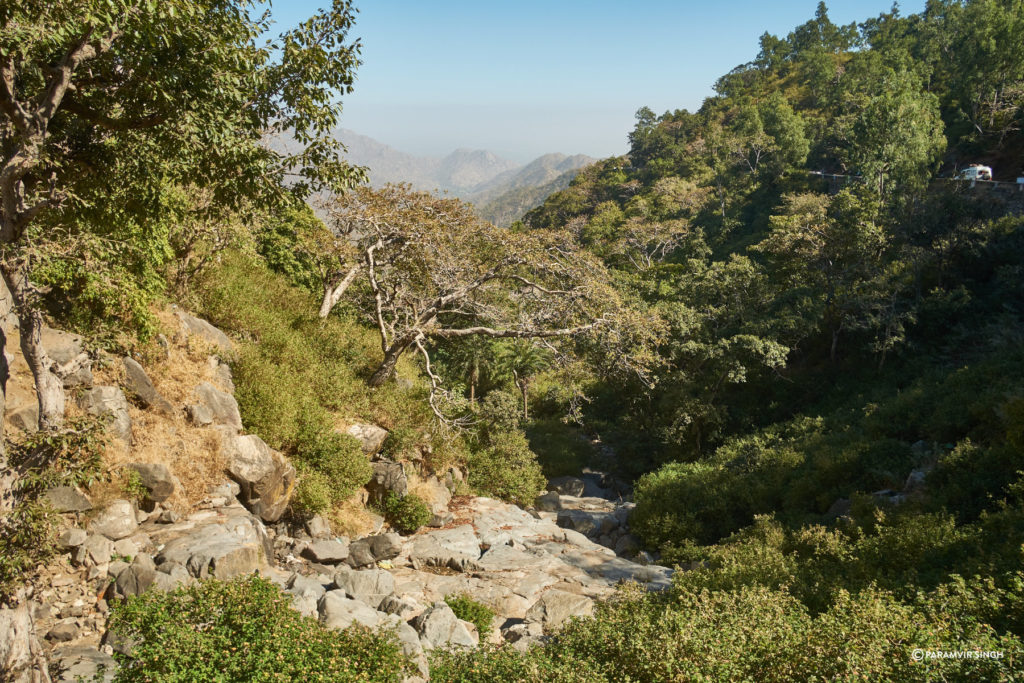 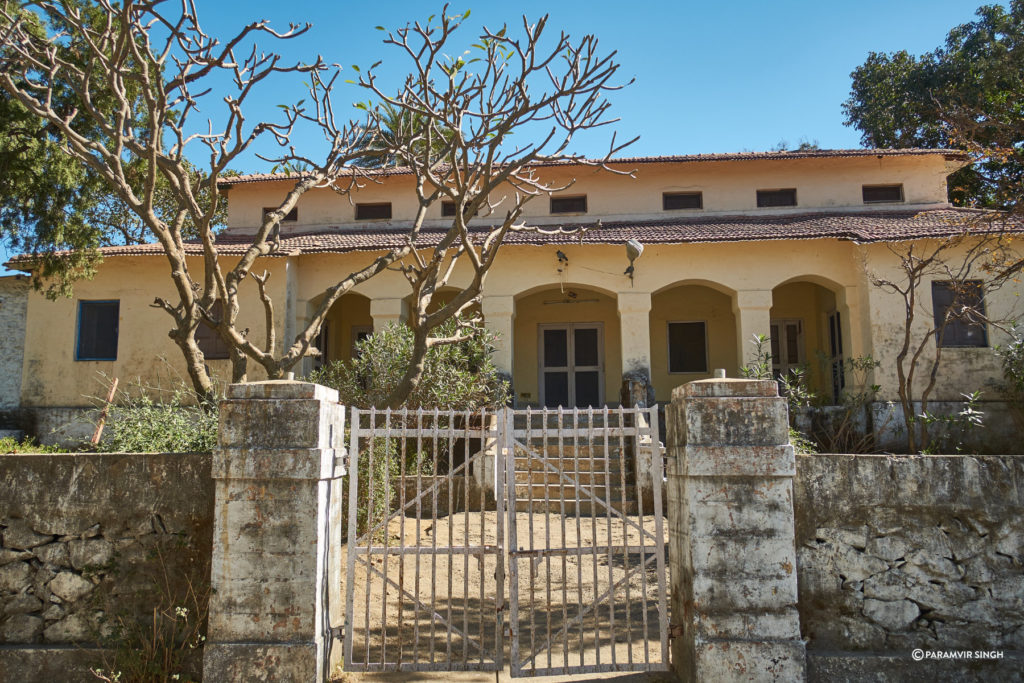 An old building from the colonial times. 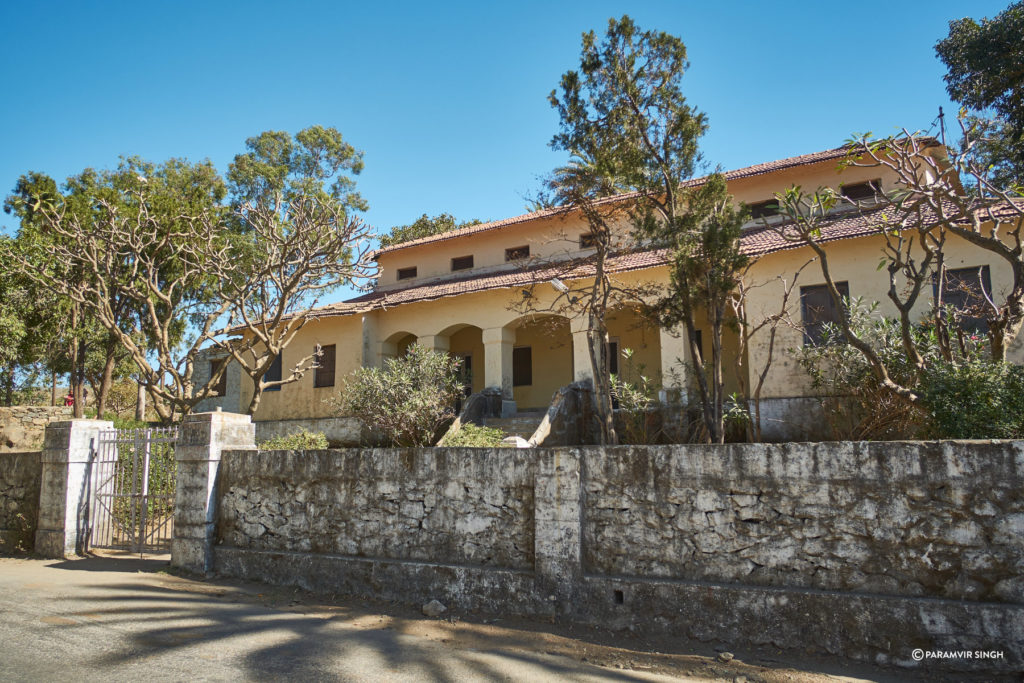 Mount Abu is full of old heritage buildings like this one. 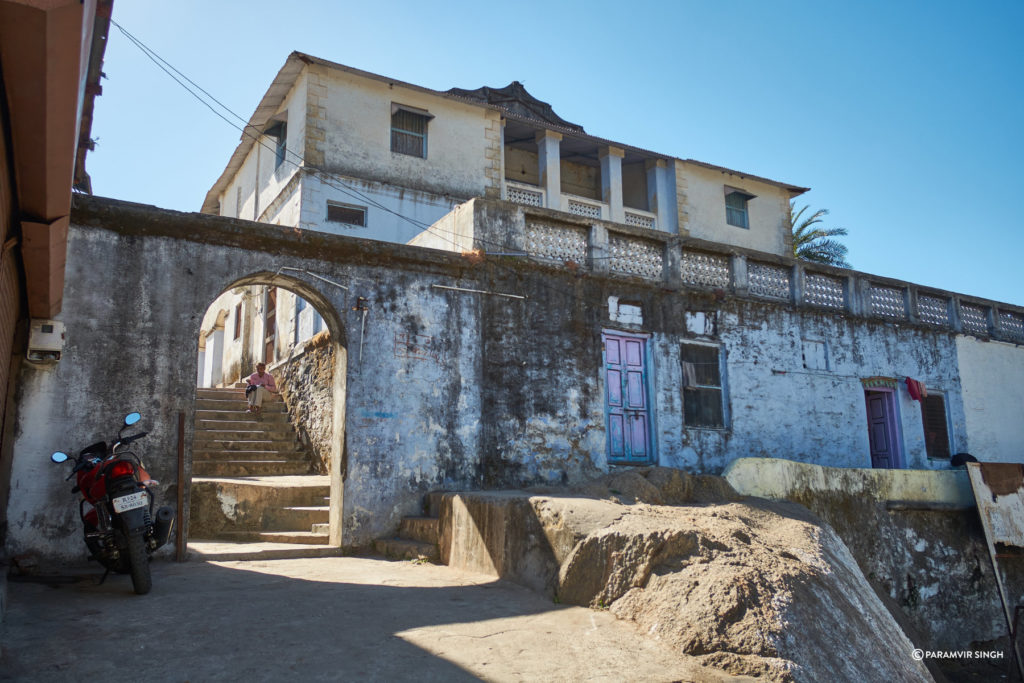 Because of our research, we were lucky to go deep inside Abu and visit places most tourists wouldn’t. 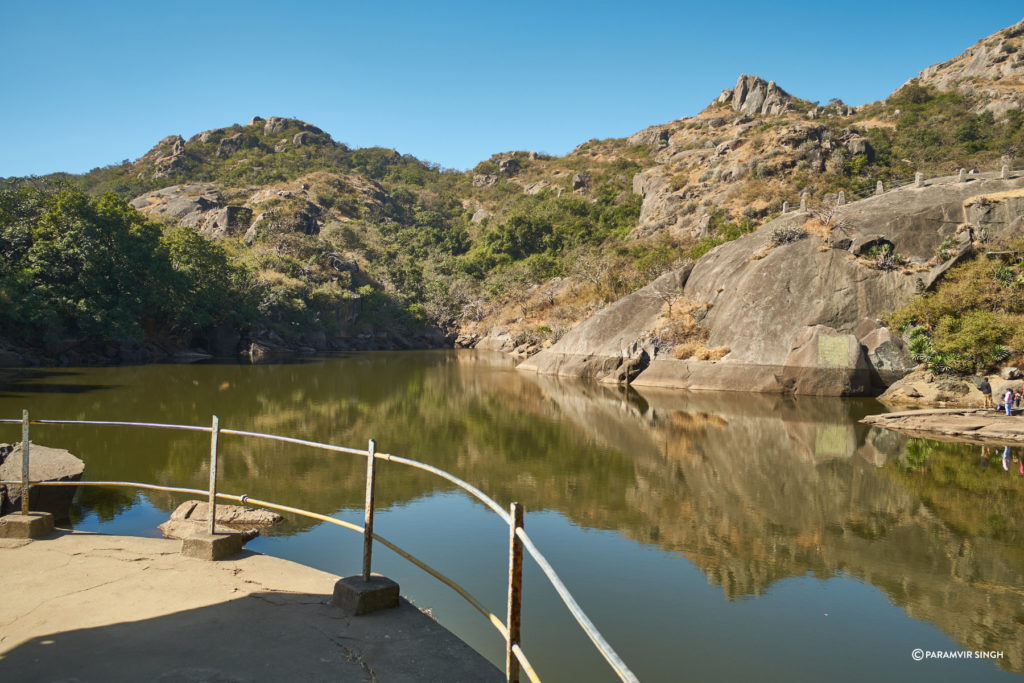 Built by a British Engineer and named after him, Trevor’s Tank is now a crocodile heaven and part of the Mount Abu Wildlife Sanctuary 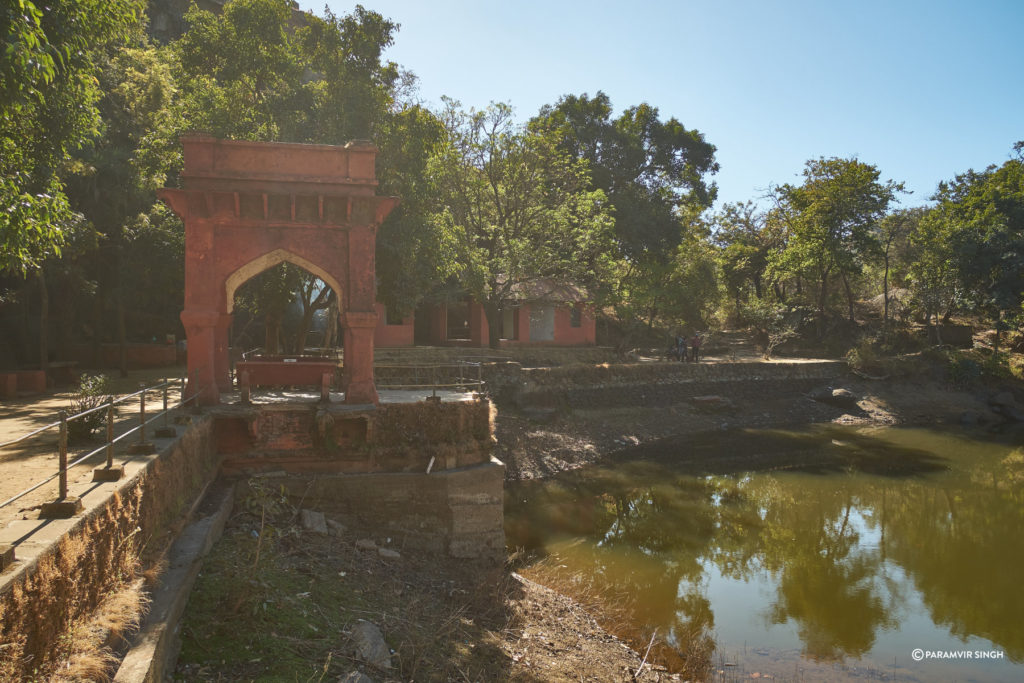 In quintessential Rajasthan style, Trevor’s Tank is flanked with these beautiful ‘Chattris’ or cenotaphs. 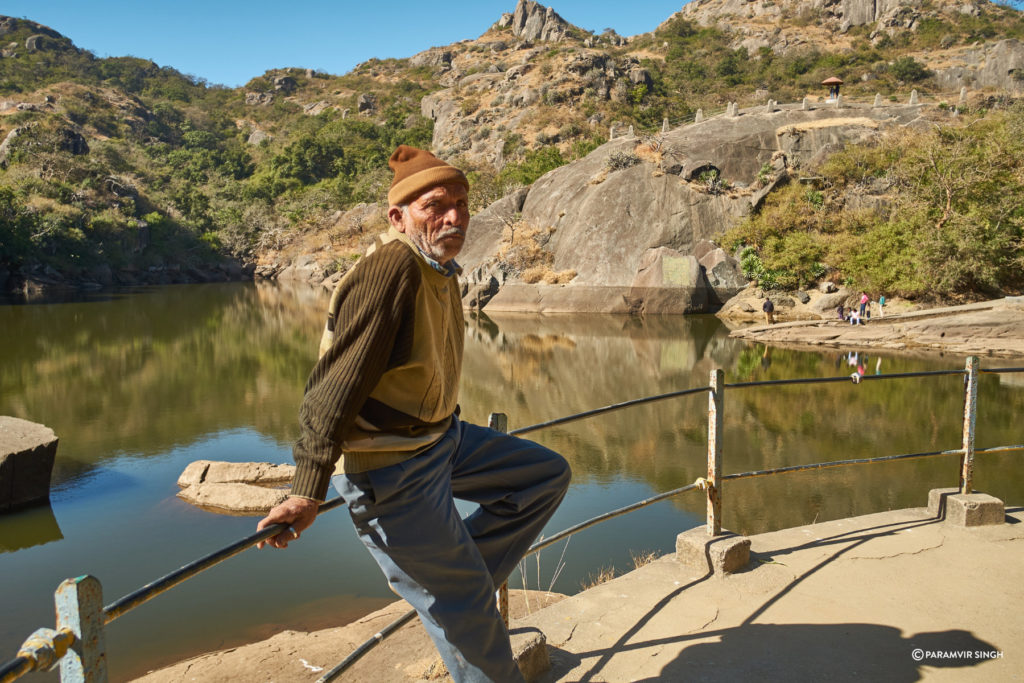 Gratitude to forest guards like these who protect our natural heritage. 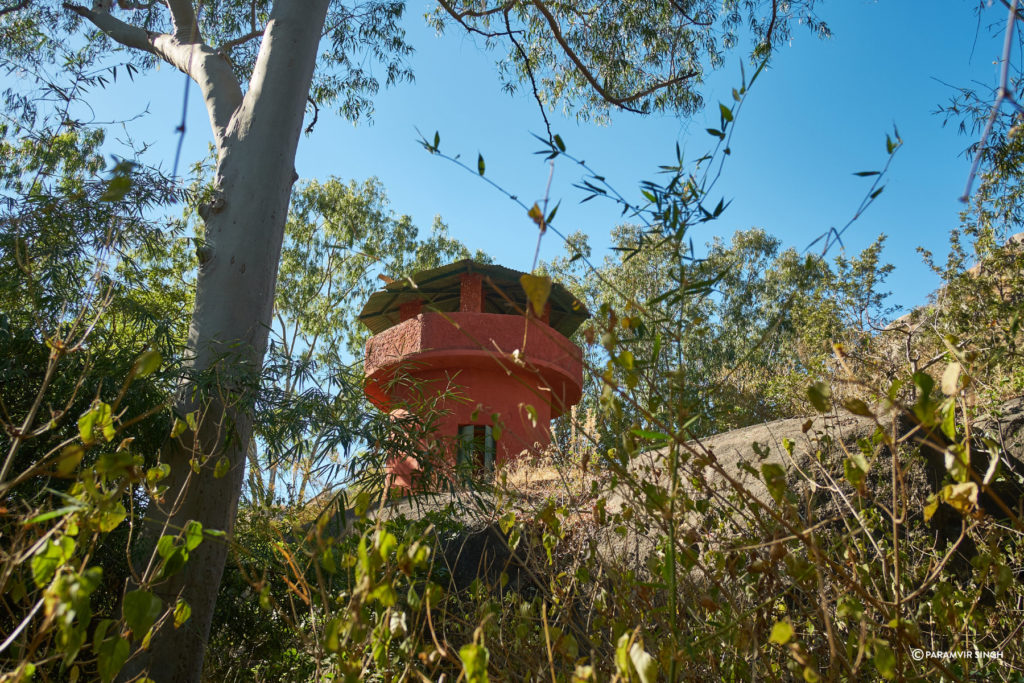 A beautiful old watchtower next to Trevor’s Tank. It is not in use, but would be amazing to wait here and watch all kinds of animals come for a sip of the water. 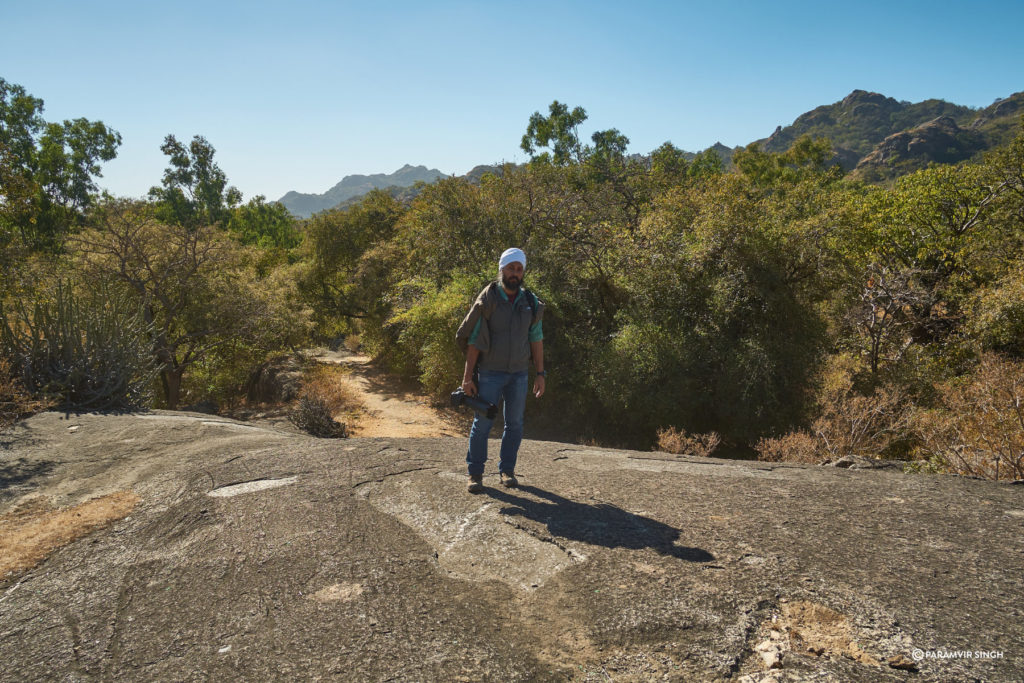 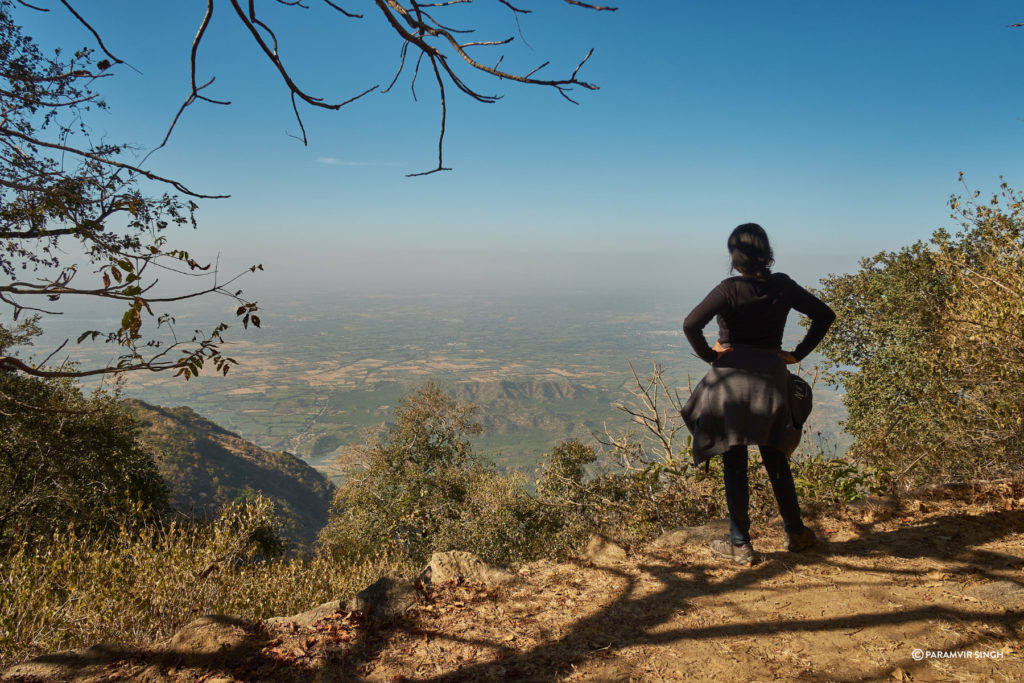 Standing on Mount Abu, looking at what is probably the Jessore Sloth Bear Sanctuary 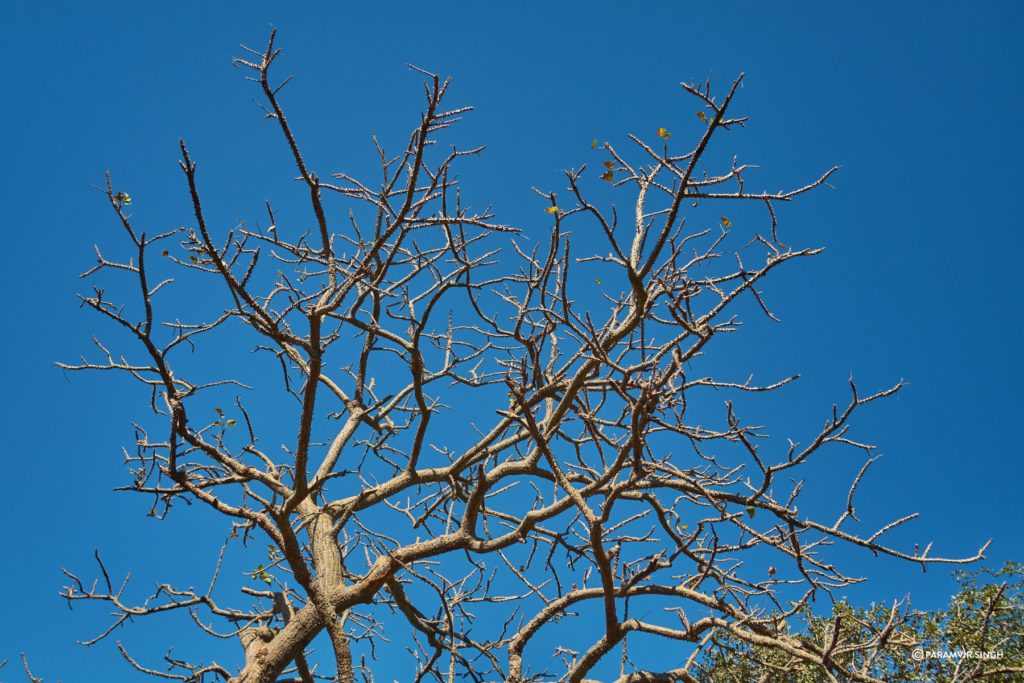 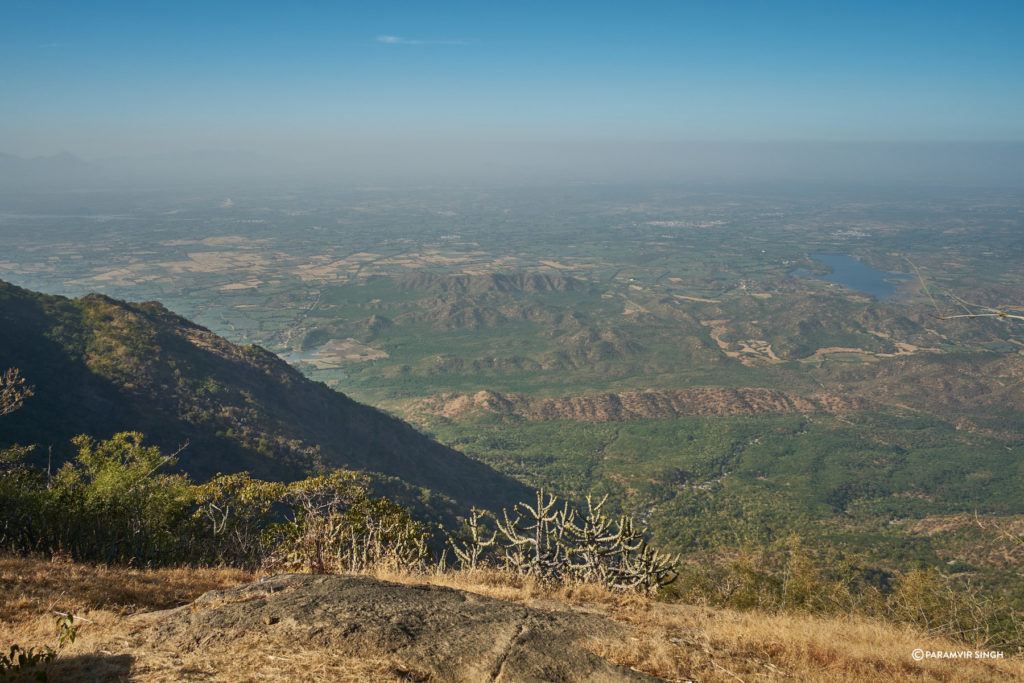 The ridges and forests down below are probably Jessore Sloth Bear Sanctuary. Another place we have to visit… 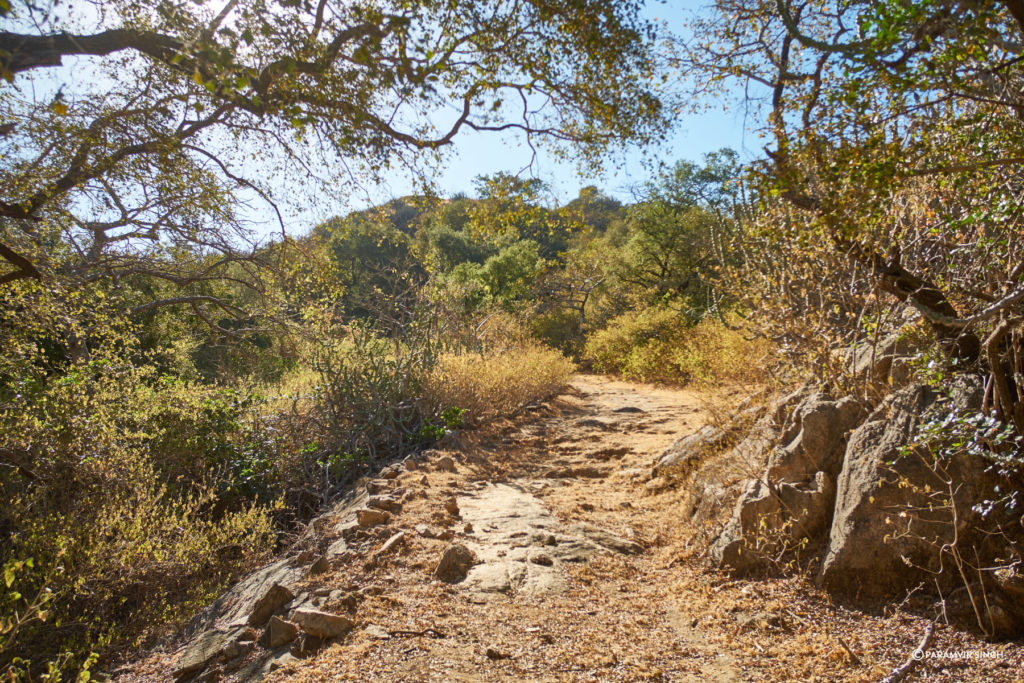 Trekking back to our place of stay. Mount Abu is gorgeous for jungle walks. 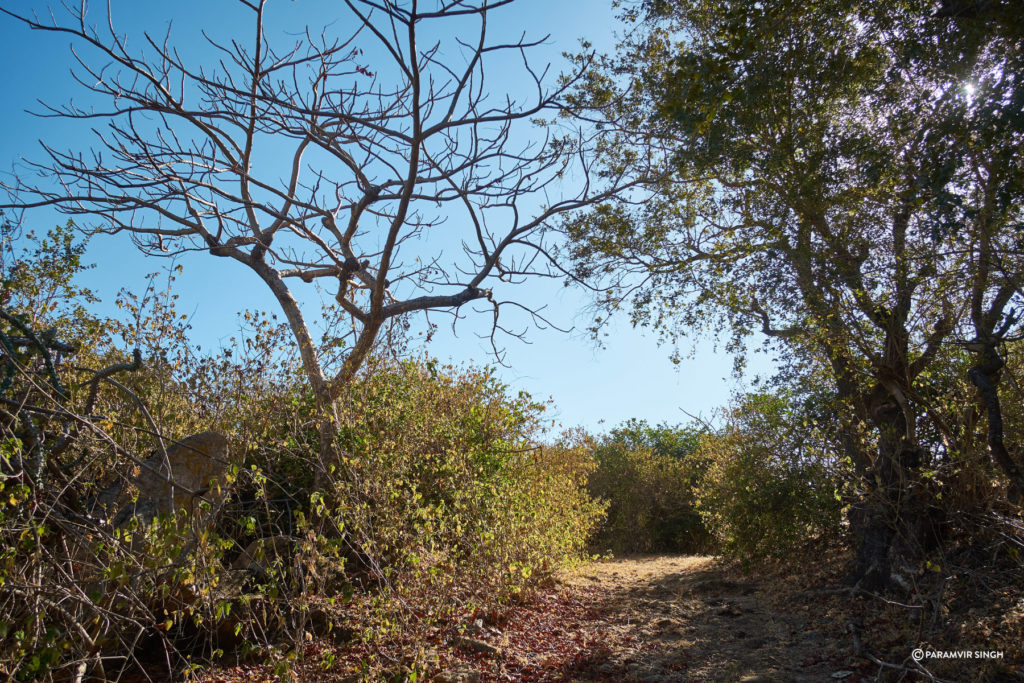 Walking through the forests of Mount Abu, we kept looking for signs of bears and leopards, both of who are found aplenty here. 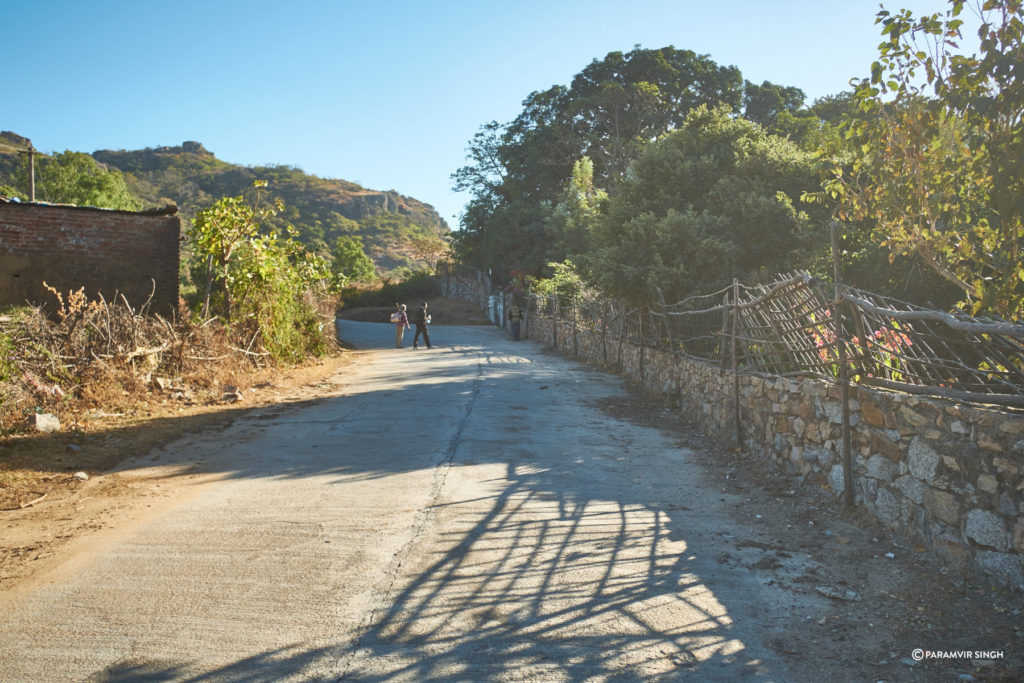 Finally we exit the forest and come into the village road. 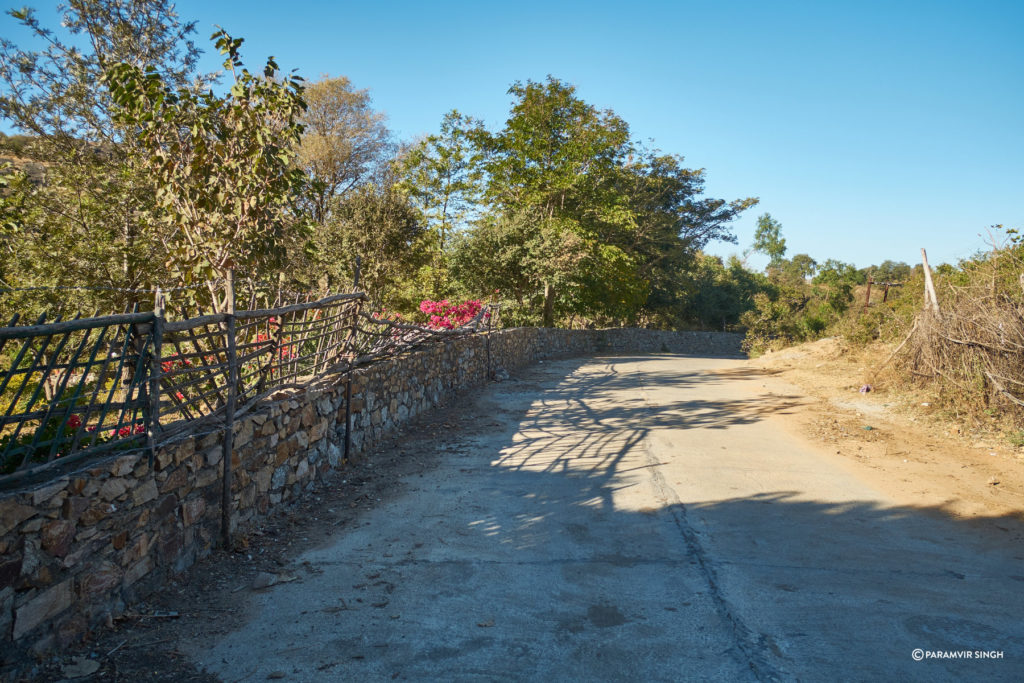 Looking back, wanting to go back for another walk through the forest. 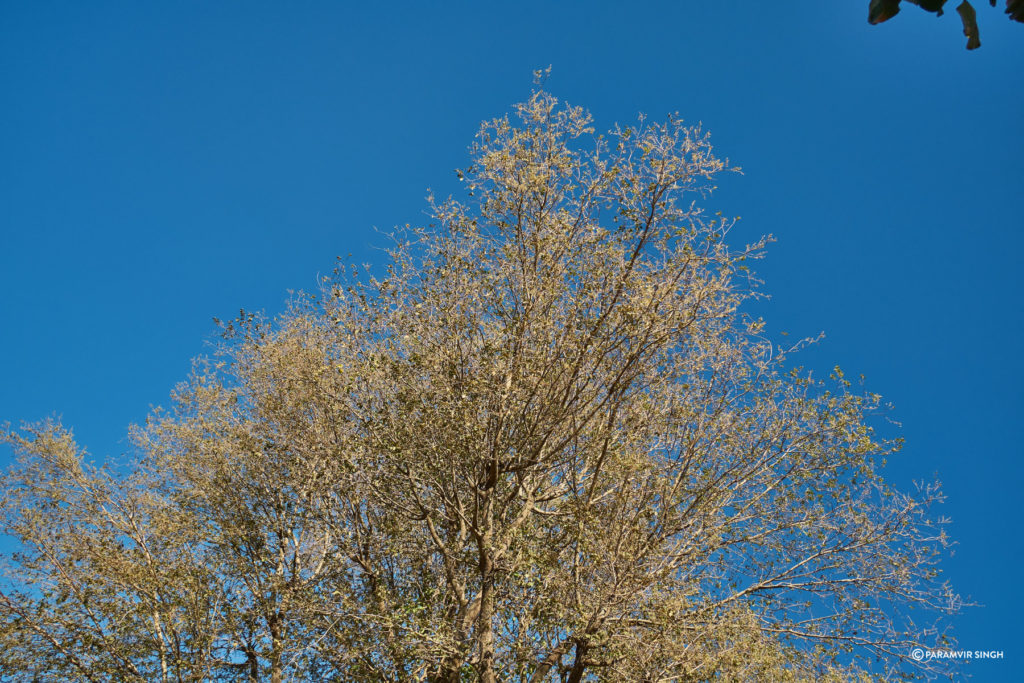 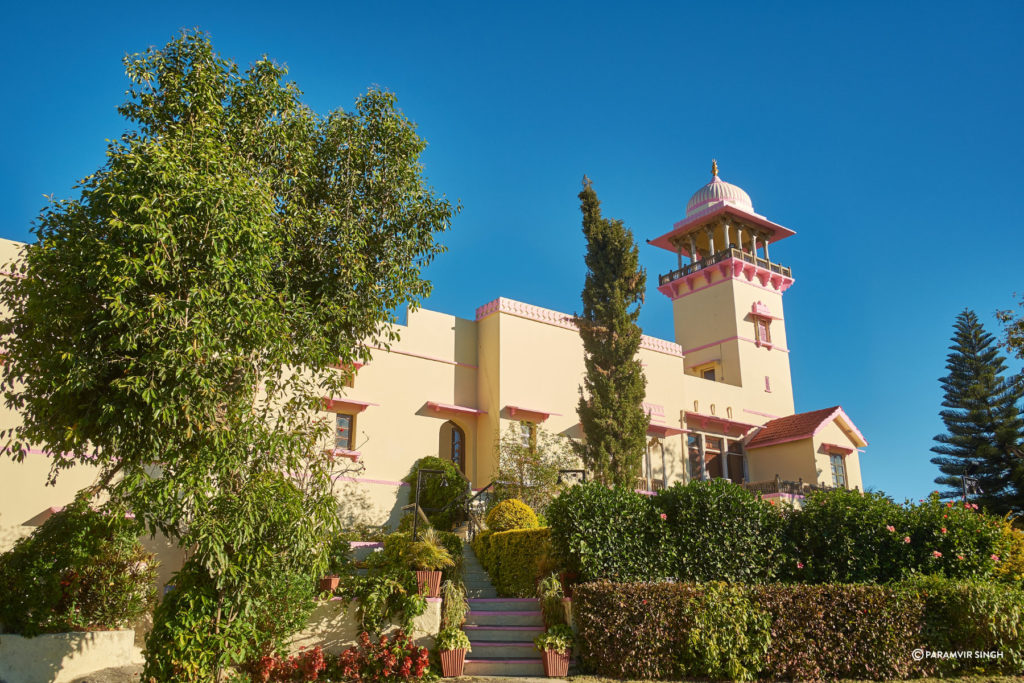 Since Mount Abu is teh only ‘hill station’ in Rajasthan, (also for neighbouring Gujarat), many of the local kings and aristocrats and other rich people had built themselves summer and winter retreats here. This is Jaipur House, probably belonging to the erstwhile royal family of Jaipur. 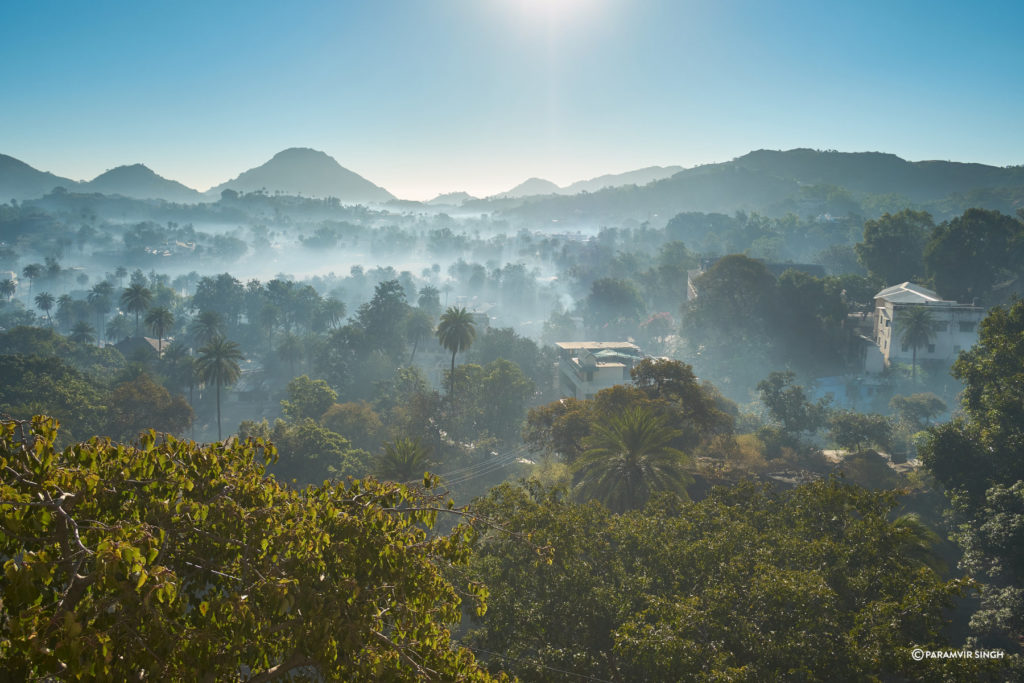 Winter mist over the town of Mount Abu. Winters here can be very cold, sometimes the weather is known to touch -1 or even -3 degrees celcius. 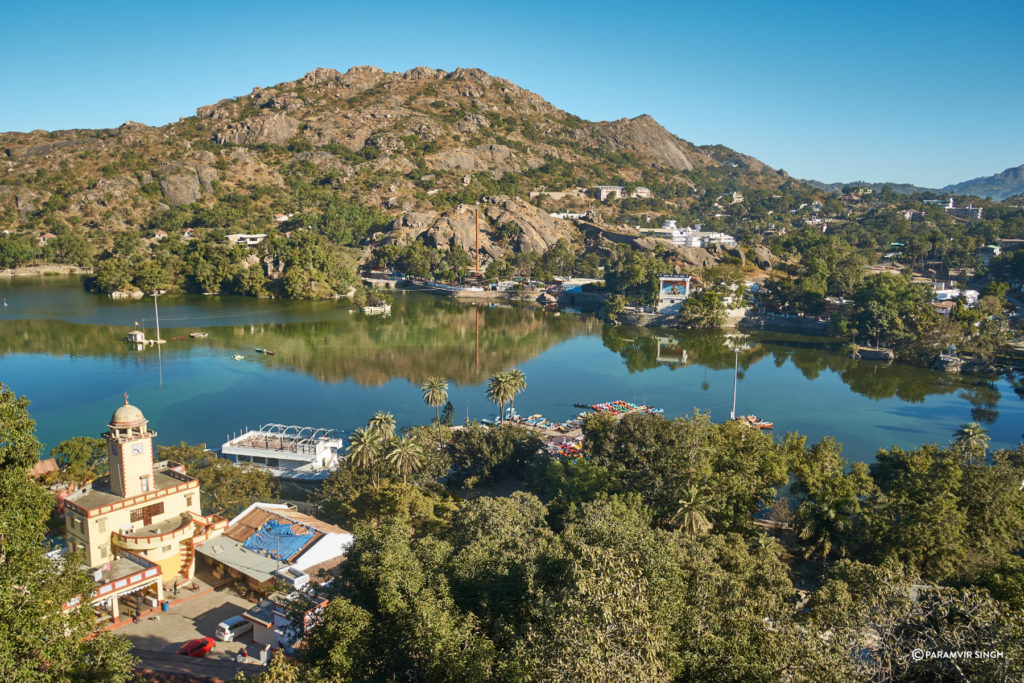 There is a huge Lake at Mount Abu, but we avoided going there. 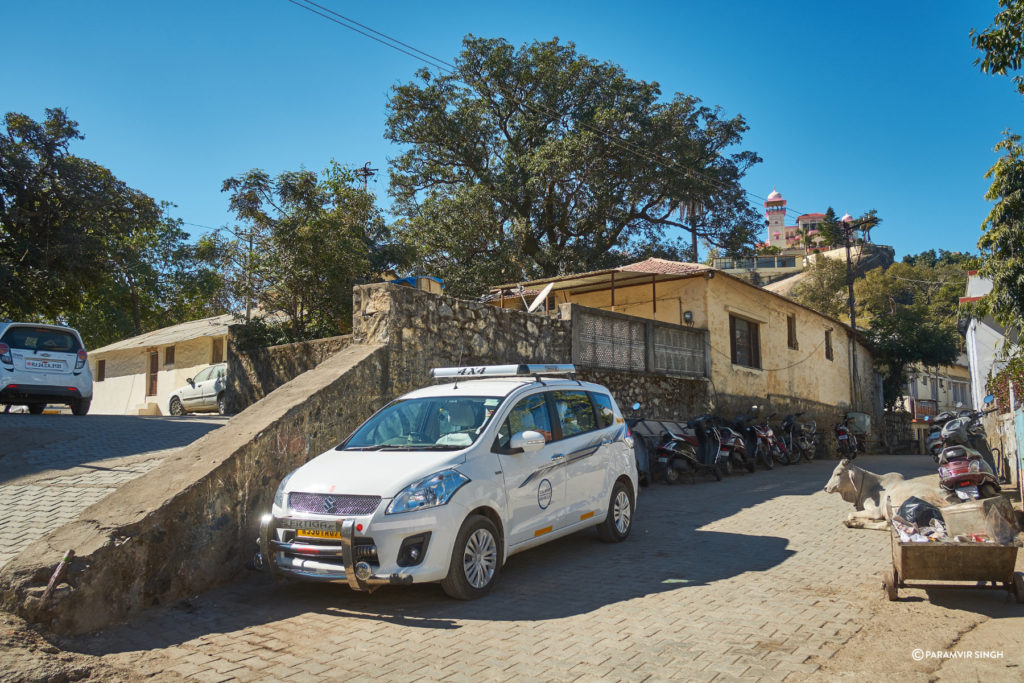 Instead we headed over to the interiors of the town to meet some people. 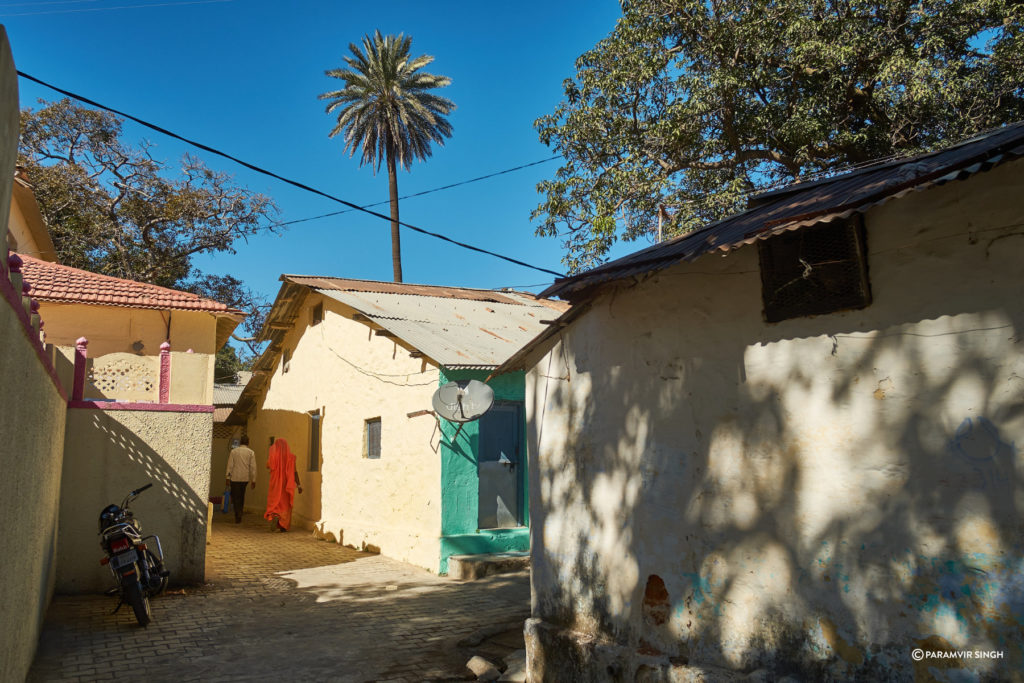 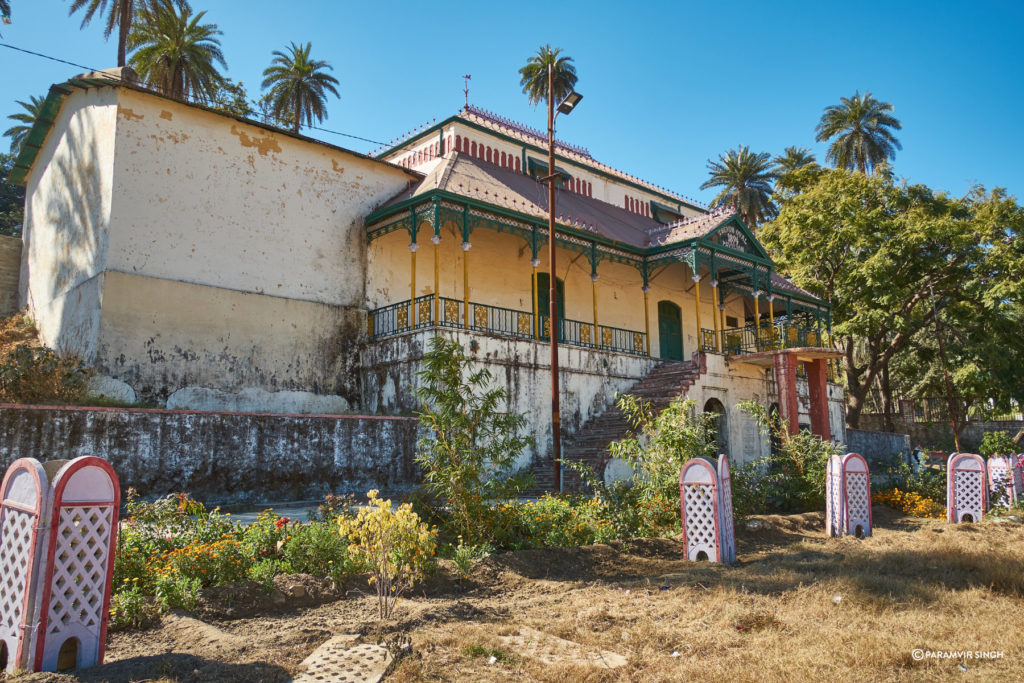 We went to see the Trevor’s Oval Pavilion built in 1894. It was used as a polo ground. Now just for local recreation and sometimes for civil services training. 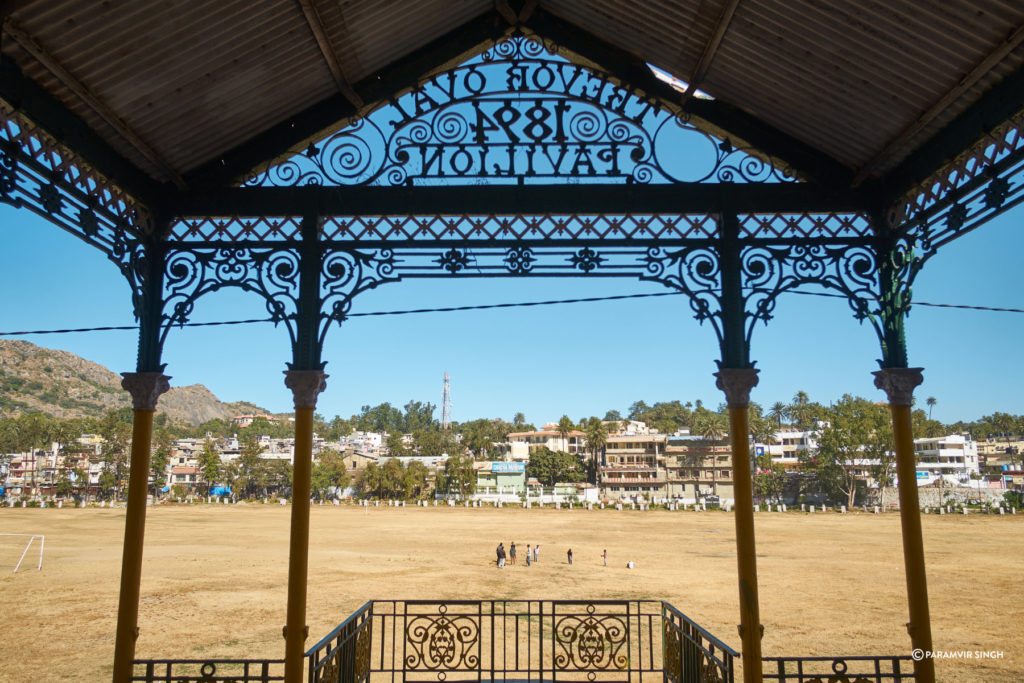 View of the grounds from Trevor’s Oval Pavilion 1894. The wrought iron work is fabulous. 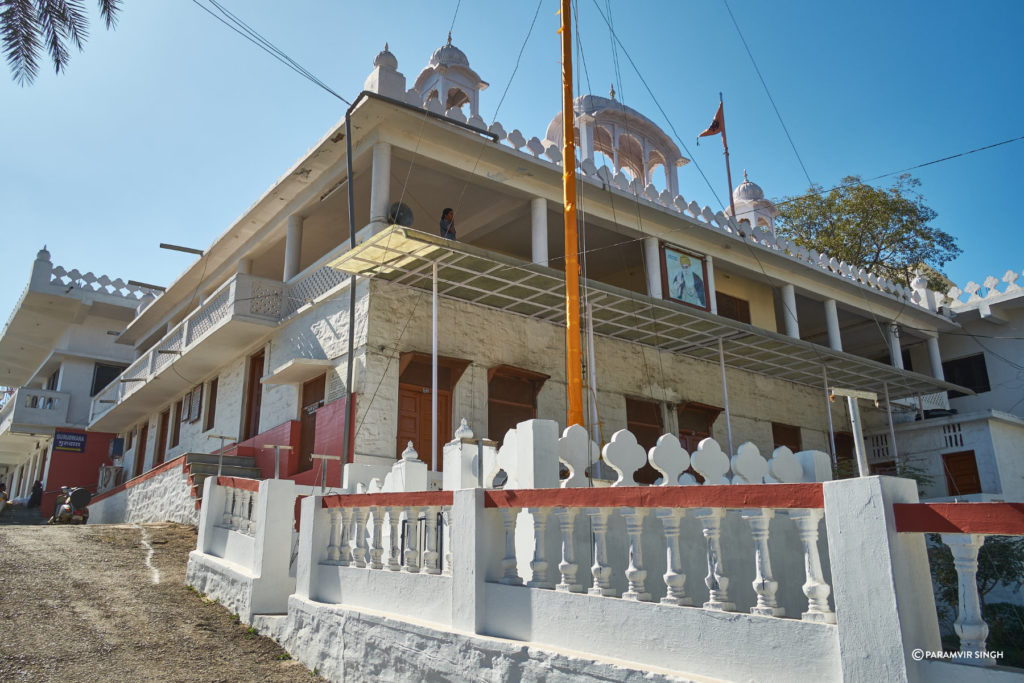 Gurudwara Shri Guru Nanak Darshan,Mount Abu. It is said Guru Nanak had visited this town. The Gurudwara was built by the First Sikh Governor of Rajasthan named S. Gurmukh Singh in 1960. 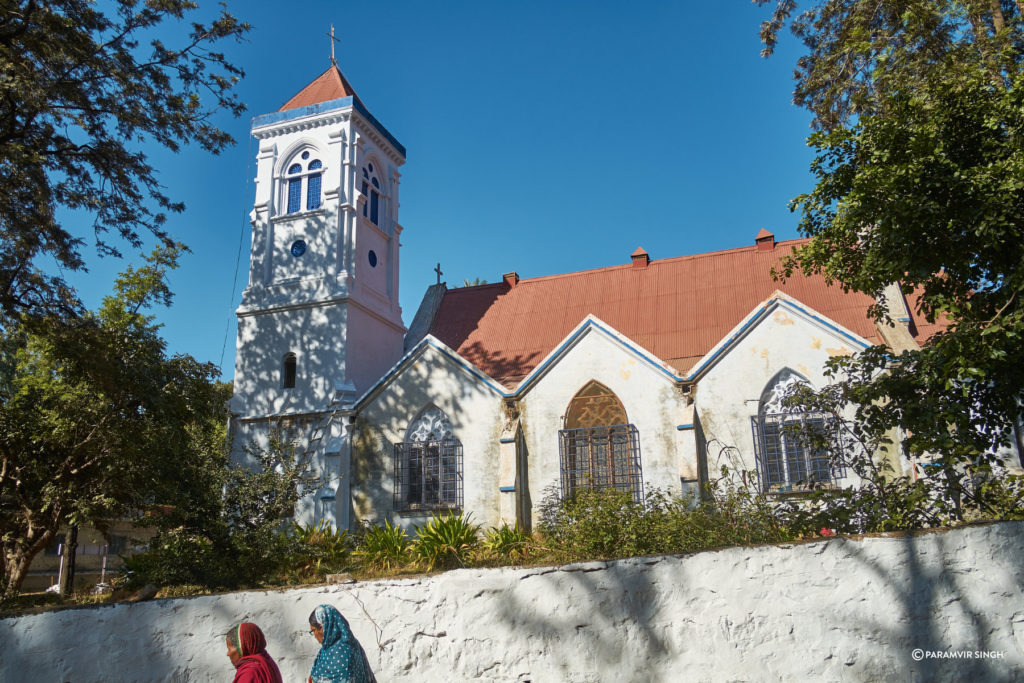 There is a church too, in the vicinity of Trevor’s Oval Pavilion. 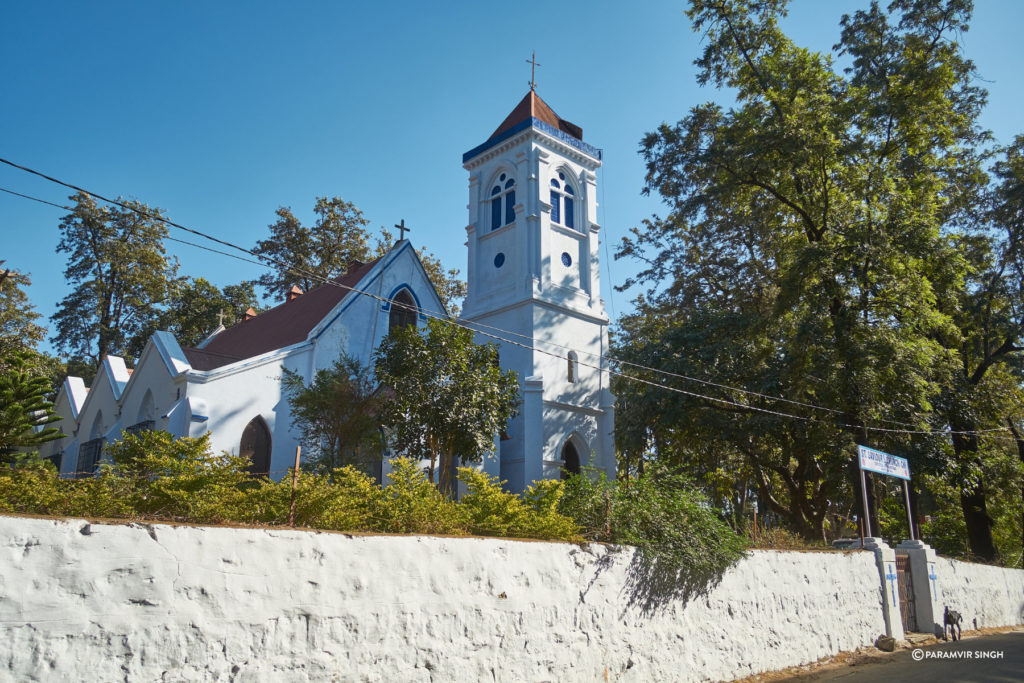 Since it looks like a really old church, we wanted to see it from inside. The church was built in 1834 in memory of one Mrs Elizabeth Smith. 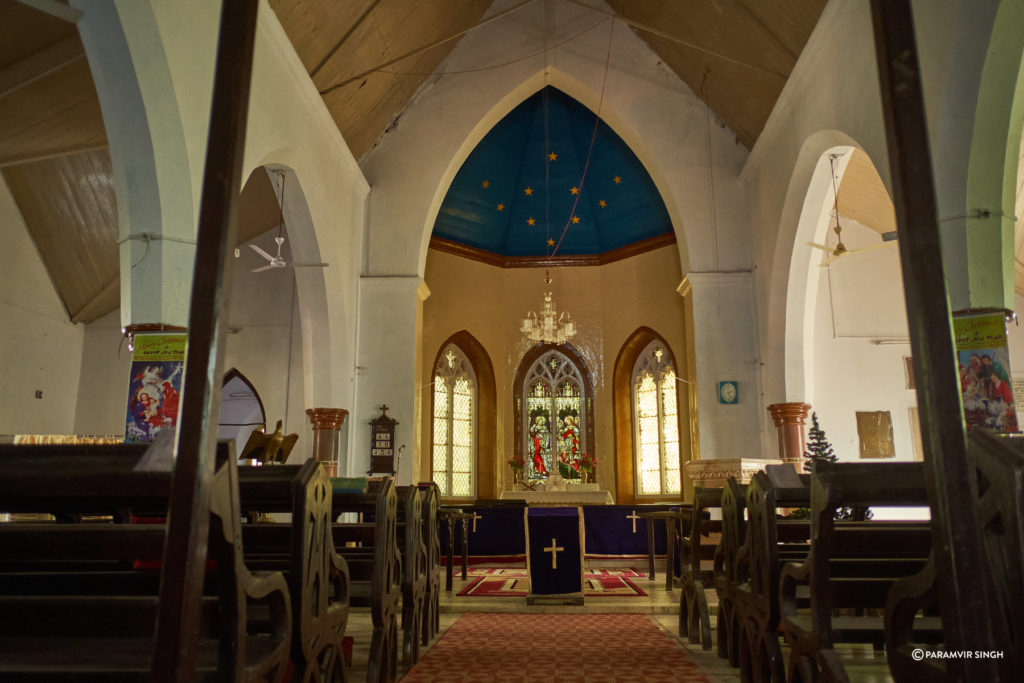 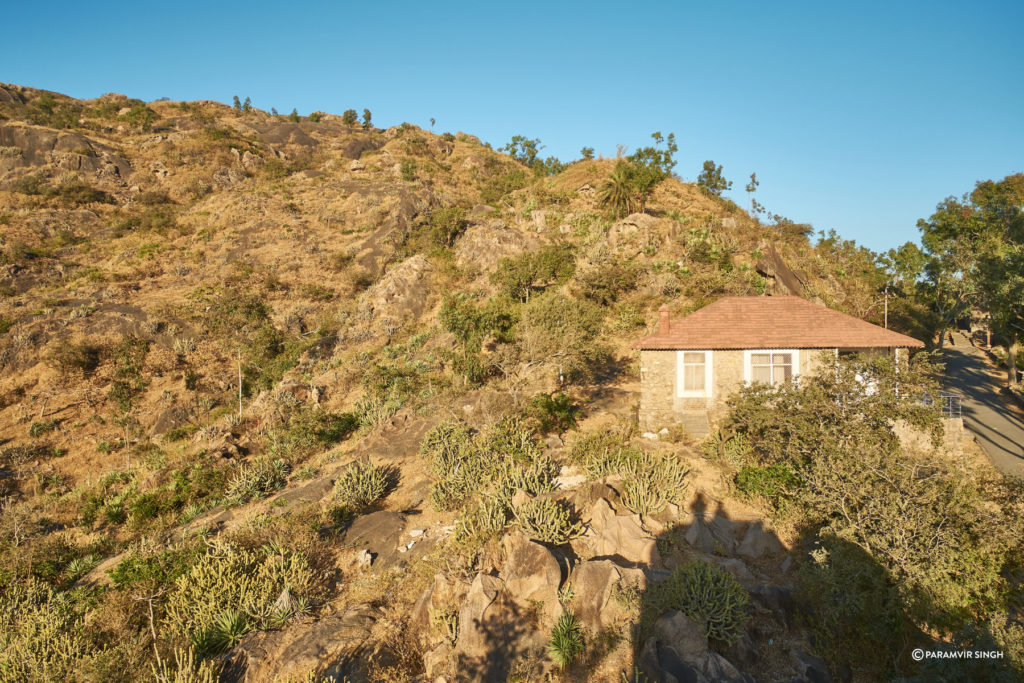 The Aravalli mountains are some of the oldest and most beautiful mountains of the world. having spent so much time travelling through them, we have developed a sopecial fondness for these magical mountains. 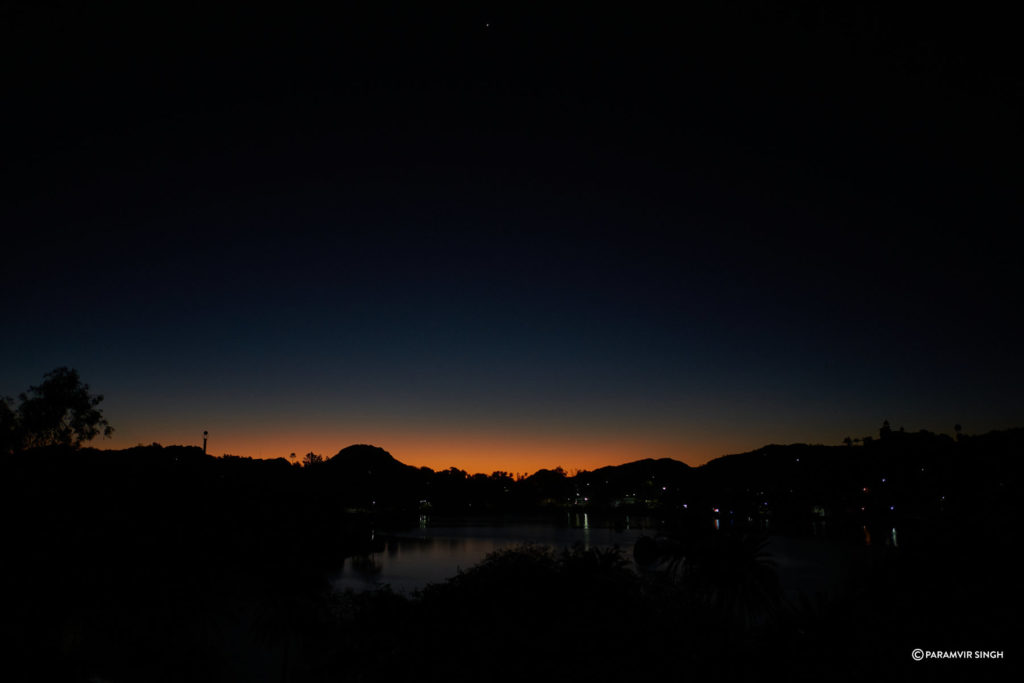 When to visit: Mount Abu gets very hot in the summers. The best time to visit would be monsoons (July-August) and the winters (mid-late October till mid March).

How to Reach : The nearest airport is Udaipur. Abu Road is the name of the railway station. You can drive too, the roads are excellent.

Where to stay: Though there are many hotels in Mount Abu, we would highly recommend ‘Wordsworth Lodge’, one of the oldest structures here. It may be a tad expensive, but worth it. Another option could be one of the many ‘Houses’ of erstwhile royalty of wealthy people which have been converted into hotels. We had once stayed at Jaipur House and do recommend it as well.