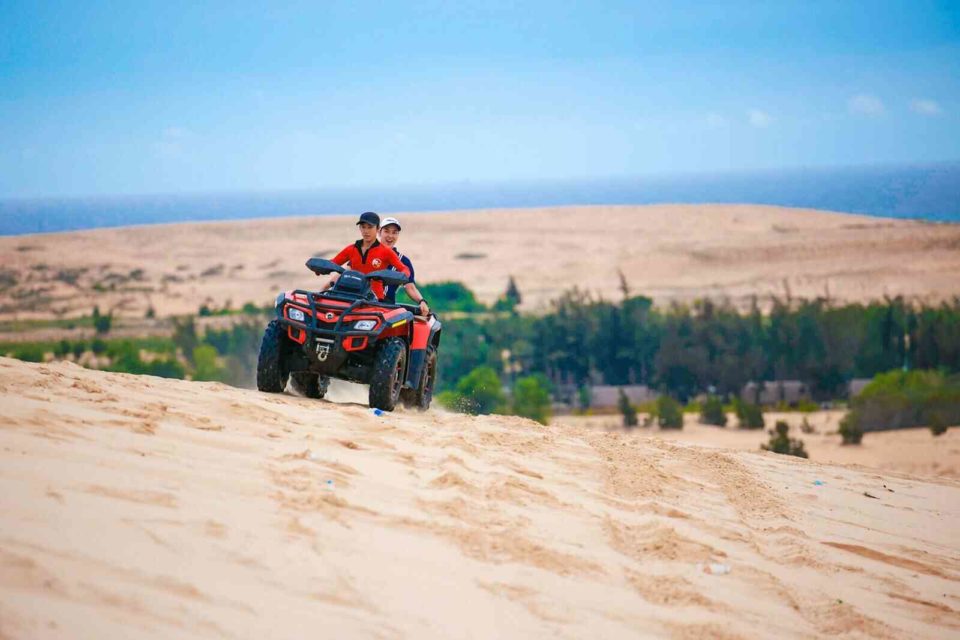 If you are preparing for your next trip to Mui Ne Vietnam, you should to refer Mui Ne travel guides and the best things to do in Mui Ne Vietnam 2022 in this post.

For long an obscure, virtually unknown small fishing village, Mui Ne was swept into international fame by a tourism tsunami a few decades ago.

Today, the hotspot has more to offer than its weather and beaches including Cham towers, color-changing sand dunes and quaint fishing villages.

HOW TO GET MUI NE

From Ho Chi Minh City, visitors can easily reach Mui Ne, around 230 km from the southern metropolis, by motorbike, bus or train.

To experience the coastal road along Mui Ne, visitors can follow the direction of Cat Lai ferry to reach Long Thanh District in Dong Nai and then Ba Ria Town.

From Ba Ria Town, the journey continues through Ho Tram and Loc An, after which the coastal road heads towards Phan Thiet, home to Mui Ne. 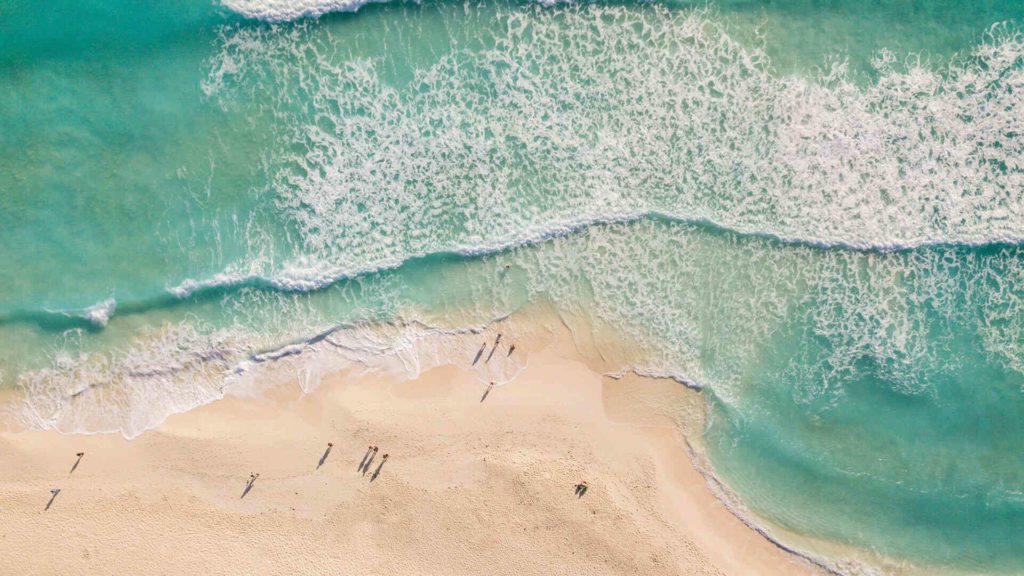 Visitors can also take a train from the Saigon railway station to Phan Thiet for VND110,000 ($4.47) per person.

From Hanoi, visitors can fly to Ho Chi Minh City and reach Phan Thiet by road or fly to the Cam Ranh Airport and catch a car to Mui Ne, around 200 kilometers from Nha Trang.

After the Dau Giay – Phan Thiet expressway project is completed later this year, the time taken from HCMC to Phan Thiet will be shortened to just 1.5 hours.

Mui Ne enjoys a tropical hot climate all year round and is one of the driest places in the country, making it an ideal holiday spot throughout the year.

Between April and October is the best time to plan a trip to the beach resort town as calm waters and steady wind conditions are perfect for relaxing as well as adventurous activities like windsurfing, kitesurfing, jet-skiing and kayaking.

WHERE TO STAY IN MUI NE

The rapid tourism development in Mui Ne has resulted in an abundance of accommodation facilities that cater to both budget and high-spending tourists.

Homestay services are often far from the sea and mainly serve groups of foreign guests who look for new, different experiences. They cost around VND500,000 a night. 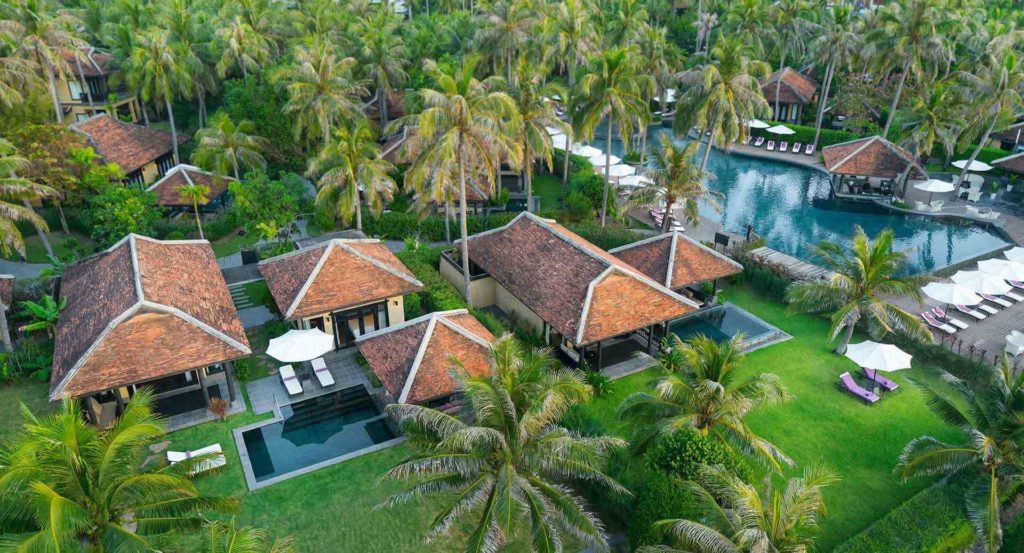 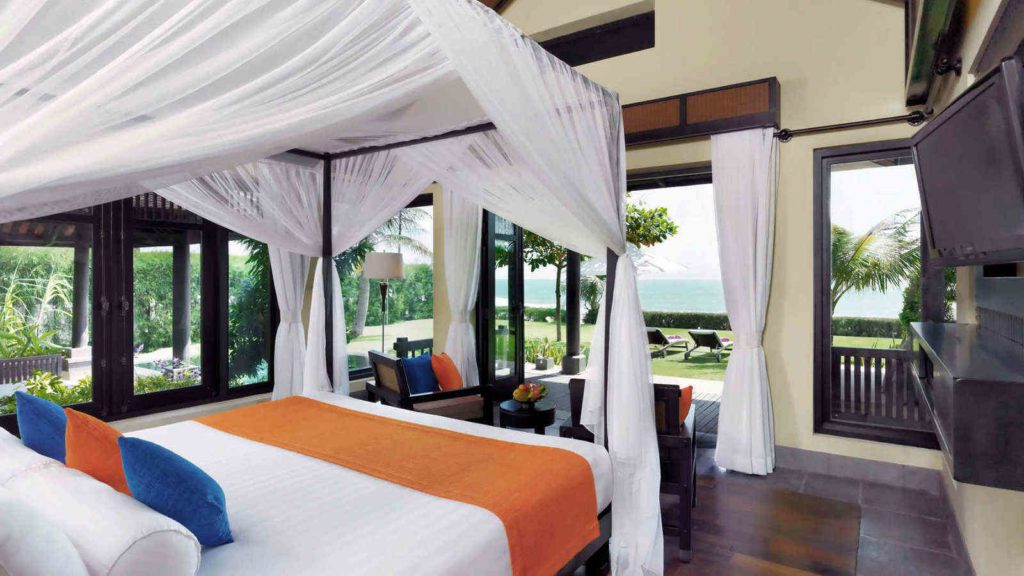 Many motels are also located deep in the nooks and crannies, mainly off Huynh Thuc Khang Street, while mid-range hotels are to be found mostly along Nguyen Dinh Chieu Street with prices ranging from VND700,000-1 million a night.

In the luxury segment, the Anantara Mui Ne and NovaHills Mui Ne with private swimming pools and beach-view rooms cost up to VND10 million a night.

Around 23 kilometers to the north of Phan Thiet, the capital of Binh Thuan, the Mui Ne fishing village is easily recognized by hundreds of colorful coracles floating in the calm waters along the coast. These are the lifeline of over 25,000 fishermen.

Tourists can never fail to be impressed by a local seafood market which opens from 5 a.m. until around 8 a.m. every day. The sight of fishermen returning to the shore after a long night at sea, carrying fresh catches of fish, shrimp, crab, squid, scallops, groupers and stingrays is one to remember.

The fishemen’s wives are up at the crack of dawn to receive the returning men and sort the catch before selling them to local restaurant owners and street food vendors.

From 9 a.m. onwards, the beach becomes silent again. At around 10 a.m., there are just a handful of women in conical hats who’ve stayed on to sell the day’s leftover seafood to late visitors.

Nguyen Van Nghiem, a local, said he and his wife get up at 5 a.m. every day and go to the beach to wait for the returning fishermen and buy fresh seafood. 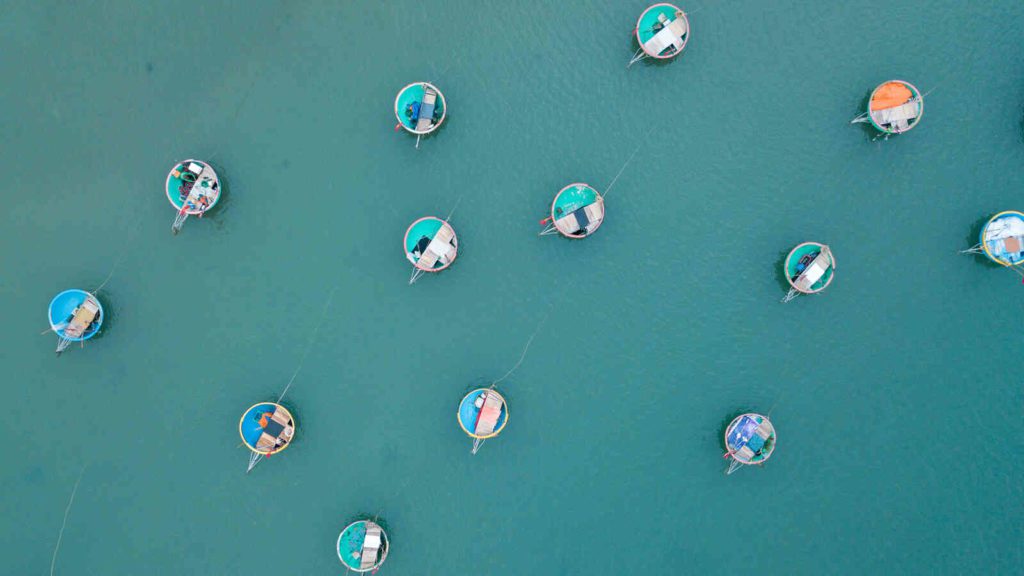 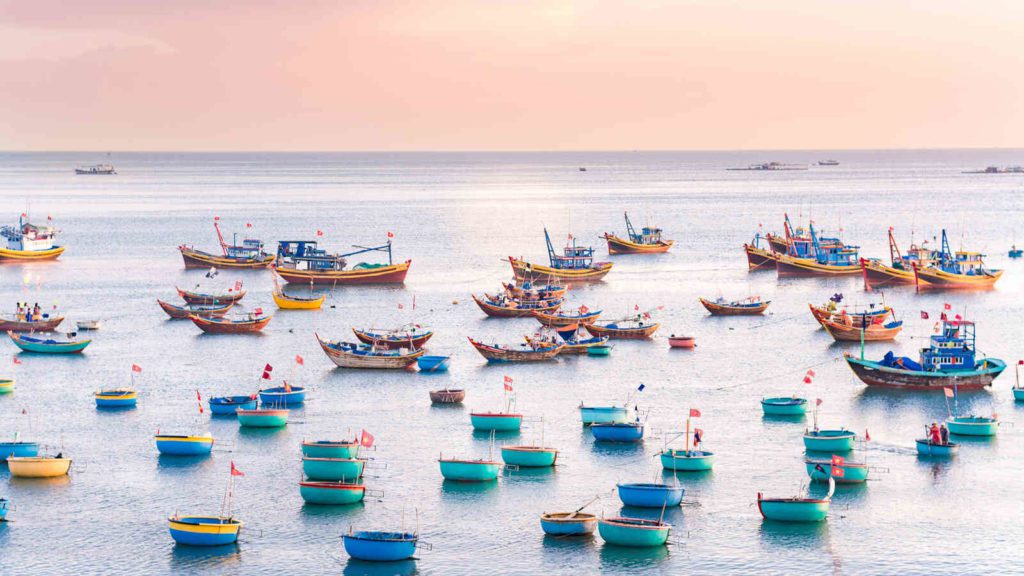 “We buy several tons of seafood every day and sell them to traditional markets in Phan Thiet or neighboring localities. We have been doing this for nearly 20 years,” Nghiem said.

Since 2020, local authorities have introduced kayak tours at the Mui Ne fishing village. Each tour lasts two to three hours and allows tourists to explore the floating rafts where fishermen raise fish or shrimp.

Thanks to their unique climate, Binh Thuan and its neighbor Ninh Thuan are the only two provinces in Vietnam that boast sand dunes whose colors change depending on the angle of the sun or cloud cover.

The white sand dunes, called Bau Trang by locals, is around 30 kilometers from Mui Ne and a special feature that differentiates this seaside resort from others in the country.

The tours usually include an English-speaking guide, pick-up and drop-off from accommodations, and a sunrise or sunset jeep adventure.

A buggy to ride the dunes can be hired for 30 minutes for about $20.

A hot air balloon tour over the dunes is also on offer these days. These can be booked via Vietnam Balloons.

Several local and foreign tourists have remarked that the white sand dunes become even more special because of two freshwater lotus lakes with pink lilies that bloom during summer.

The Red Sand Dunes are a rusty red or brown color and absolutely beautiful when the sun goes down.

A plastic sled can be rented for VND20,000 (less than $1) to surf the dunes from top to bottom apart from the tours to watch sunrises or sunsets at the red sand dunes. Hotel receptions can arrange these on request. 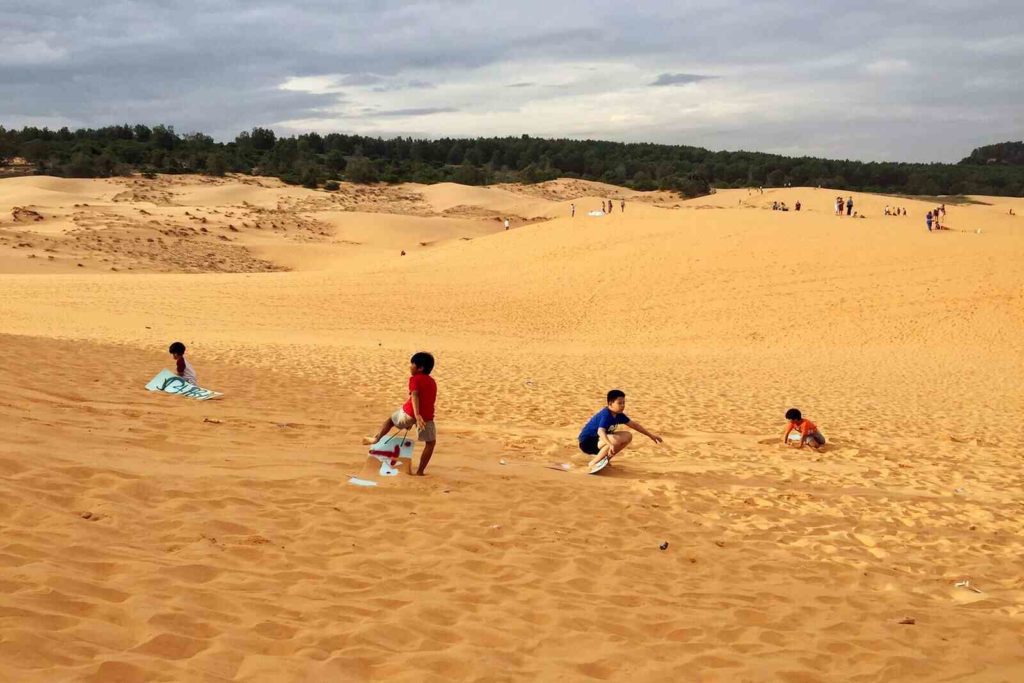 The sunset tour to the Red Sand Dunes usually has a stopover at ankle-deep Fairy Stream that is surrounded by a Grand Canyon-esque landscape on either side. Check out the tour offered by The Sinh Tourist.

The Ta Cu Mountain, another local attraction, can be reached by taxi or riding a hired motorbike. It takes approximately an hour and 15 minutes from Mui Ne to the mountain that peaks at 563 meters above sea level. Several Buddhist pagodas add to the ambiance of peace and serenity.

Trekking through a forest and rocky paths populated by wild monkeys to reach the top of the mountain is the more adventurous and memorable option.

At the top rests a 59-meter-long reclining white Buddha, considered the longest such statue in Southeast Asia.

A sign warns visitors that climbing the statue and vandalizing it with graffiti isn’t allowed.

For those not fit enough to take no such adventures, a cable car ride leading up to the mountain costs VND250,000 a round trip.

Around 100 kilometers away, Co Thach, which means ‘ancient rocks,’ is an unusual coastal site lined with seaweed-covered pebbles and rocks of varying shapes and sizes.

The Co Thach beach, which seems deserted for most of the year except the green mossy season, has millions of seven-colored small stones stretching for about one kilometer. These were naturally formed by the effects of tides and waves over thousands of years.

Between March and April is the most ideal time of the year to visit Co Thach Beach as most of its large rocks are covered with green moss, creating a breathtaking masterpiece that cannot be found elsewhere.

Located around 7 kilometers to the northeast of Phan Thiet, the Poshanu Towers are one of the most precious and important cultural vestiges of the Champa Kingdom.

Built in the late 8th century, the complex of towers worships Shiva, the Hindu deity. After standing forgotten for hundreds of years, the Poshanu Towers underwent restoration work from 1990 till 2000.

Cham people from surrounding areas gather at the complex every year to carry out different rituals. Local fishermen also come here to pray for luck before going out to sea.

In the first lunar month, the Rija Nuga and Poh Mbang Yang festivals are organized at the foot of the towers by the Cham people who pray for luck in the new year.

The temple is most special because it has the largest whale skeleton in Southeast Asia, and is a place where the Whale God is worshipped. The skeleton is 22 meters long and weighs 65 tons. Every year, important ceremonies are held in the temple on auspicious days per the lunar calendar.

WHAT TO EAT IN MUI NE

Originally a common food of the Cham people, banh can (mini pancakes) has become a breakfast staple in Mui Ne.

The cakes are cooked by pouring a mixture of rice powder and egg into round clay molds and baked over hot coals that vendors fire up very early in the morning to get the dish ready in time for breakfast.

These cakes are served with shrimp, minced pork or squid. The whole dish is smothered with spring onions and the dish is accompanied with braised fish, pickles and onions.

Mui Ne is also famous for its fish and snail salads. The fish salad is made with Vietnamese white sardines, raw vegetables, vermicelli and a special dipping sauce. The snail salad has finely chopped snail meat, pork, vegetables, roasted peanuts and fried onions that are mixed with a sweet and sour fish sauce.

Spring rolls made with fish and cassava, wrapped in the special rice paper of Phan Thiet, are served with vegetables, eggs and sauce.

Locals say the best place for this dish is the Dung restaurant on Vo Thi Sau Street.

Banh quai vac (Vietnamese pork and shrimp dumplings) is another dish to try in Mui Ne. The dumpling is made of wheat flour and has a shrimp or pork filling. It is served with a topping of spring onions and fried pork fat as well as a sweet and sour sauce.

A signature dish in Mui Ne cuisine is the Tha hotpot, whose main ingredient is deep herring, a specialty in central coastal regions.

The broth is made with shrimp, pork bone, sea crab legs, onions and tomatoes. The dipping sauce is served with crushed groundnuts.

Tha hotpot originated in the Mui Ne fishing village but has spread to other areas over the last few decades alongside the strong development of tourism. 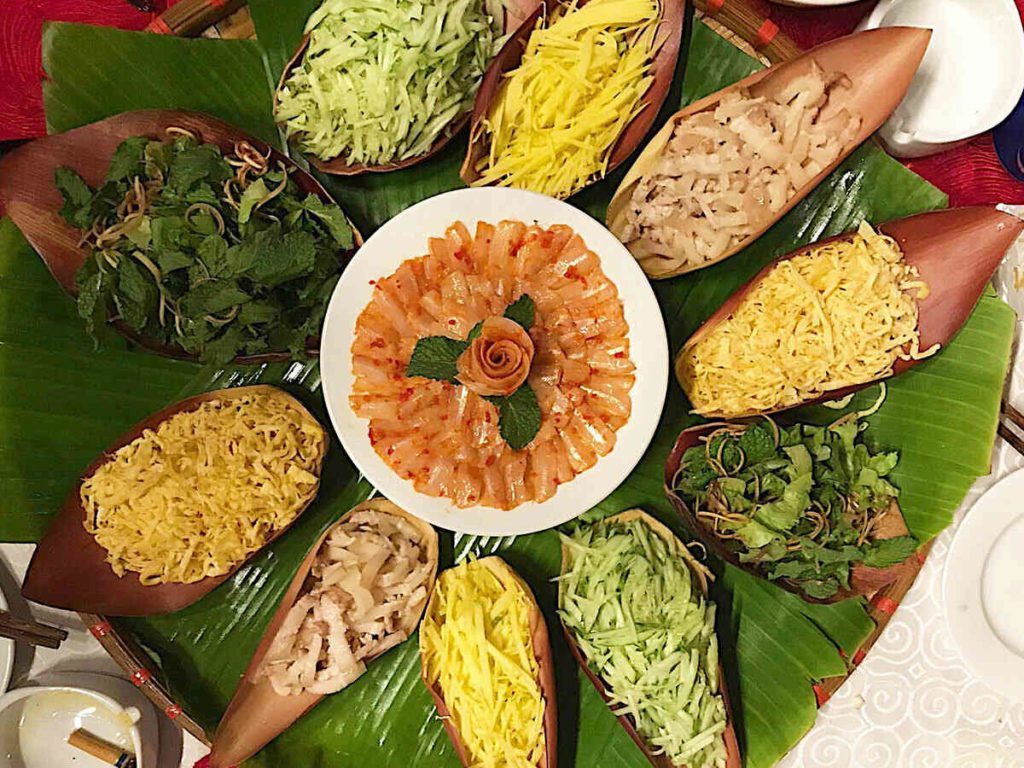 No Extra Free Entry for Indians to Bhutan