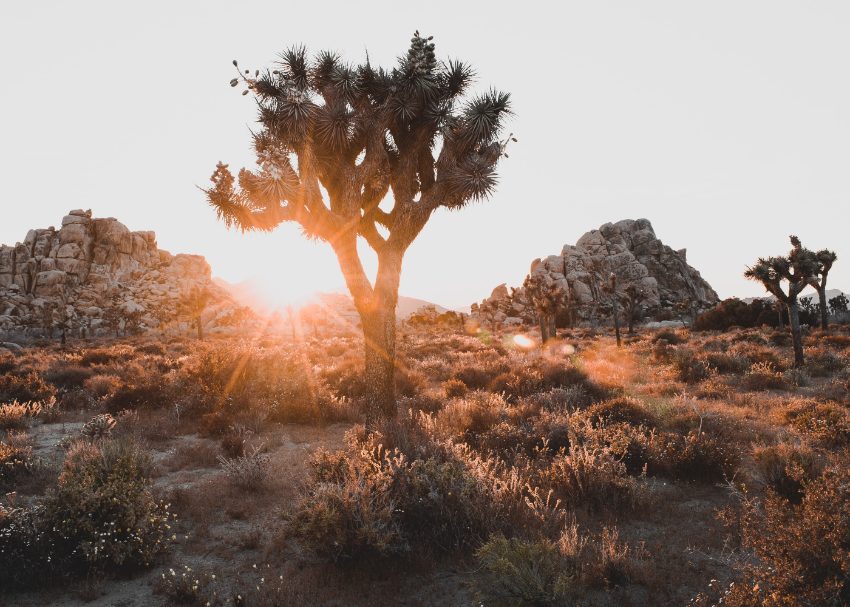 Move over, apple pie! As seasoned adventurers, we believe there’s nothing more American than National Parks. There are 63 of these protected natural beauties and 40 of them in the western half of the country alone. You can hike past spiky yuccas in Joshua Tree, hang at a safe distance from grizzlies in Denali, and see the glow of volcanic lava in Hawaii. With plenty of options, it’s hard to pick just one, so we’ve gathered 10 outstanding National Parks you can explore for yourself in the western United States of Adventure.

Where the Mojave and Colorado desert ecosystems meet, you’ll pass the Suessian branches of the park’s namesake to explore desolate landscapes and strange rock formations. Home to one of the tallest waterfalls and the largest granite monolith in the world, Yosemite shelters more than 400 species from California ground squirrels to American black bears.

See it for yourself on: Hiking Sequoia, Kings Canyon, and Yosemite Opt to saddle up or use your foot power to journey into a giant forest of stone. Wild and weird rock pinnacles called hoodoos surround you in this massive natural amphitheater.

See it for yourself on: Ultimate American West Discovery Utah’s first National Park, Zion is famous for its monumental sandstone cliffs of cream, pink, and red, and a slot canyon hike called The Narrows which includes wading through water.

See it for yourself on: Zion to San Francisco Adventure Not surprisingly, this park is exactly as described on the box with the densest concentration of sandstone arches in the world including Double O, Landscape and Delicate Arch.

See it for yourself on: Hiking Utah’s Big 5 No great American road trip is complete without standing in awe of the world’s grandest canyon. Hike the South Rim, head deeper into the canyon or kick back for a sunset show.

See it for yourself on: USA Road Trip — Grand Canyon, Vegas & Death Valley Cozy up in rustic cabins to sleep beneath the highest peak in North America after days spent wandering the rugged Alaskan wilderness. Keep an eye out for grizzly bears and moose!

See it for yourself on: Hike Alaska: Glaciers and Denali Mountains, ice, and ocean meet in the Kenai Peninsula where the ice age still lingers. Hike to the Exit Glacier, explore the backcountry or opt for a fjord cruise to take in the coastline.

See it for yourself on: Alaska Kenai & Denali Adventure One of America’s oldest parks, Yellowstone is known for its hydrothermal pools and geysers, and for being home to more wildlife (like this handsome bison) than any other National Park.

See it for yourself on: Best of Yellowstone & Grand Teton Home to one of the world’s most active volcanoes, you can drive over new lava flows, hike to cavernous craters and watch as lava flows into the ocean to create a steamy light show.