If you’ve ever dreamed of hiking a volcano, and exploring ancient ruins, and snorkeling across a coral reef all in one trip, then Central America is the place for you.

Its seven countries offer some of the world’s most sought-after destinations. History buffs will have a hard time choosing between Maya ruins and colonial cities. Nature lovers can stalk monkeys and sloths on treks through the jungle. Or watch newly hatched turtles scramble for the sea. Surfers and beach bums will be satisfied, too – there are endless seaside dream destinations.

Whatever you choose to do, the results won’t disappoint. (You could even do the lot.) Short regional flights and an extensive bus network make it easy to visit several countries in one trip. To narrow it down, here are the 14 best places to visit in Central America. Be warned, though: wherever it is you go, you run the risk of never wishing to leave.

Splash about on Ambergris Caye in Belize Whether you aim to dive off an island dock and backstroke in the surf, kayak through a mangrove lagoon, or snorkel over brightly colored reefs alongside nurse sharks and small stingrays, Ambergris Caye has you covered.

Ringed by lush hillsides and towering volcanoes, Central America’s deepest lake is an escape to simpler times. The aquamarine waters of this endorheic crater basin lure travelers from all over the globe. It’s also home to several diverse communities that proudly display their traditional Guatemalan ways of living.

Most travelers come here for long-distance kayaking and volcano climbing. Lively San Pedro La Laguna is great for throwing it down, too. But Lago de Atitlán also attracts those wanting to learn Spanish, practice yoga or stay with a local family. Whatever you do, take some time to relax and reflect as the gentle waters of this glorious lake lap against the shore. 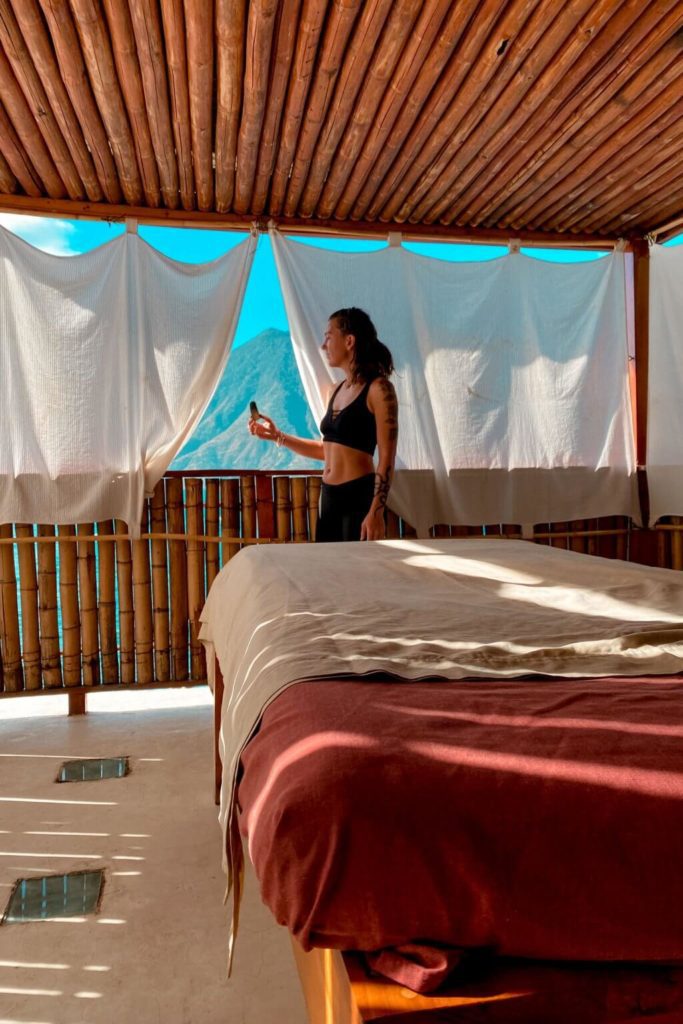 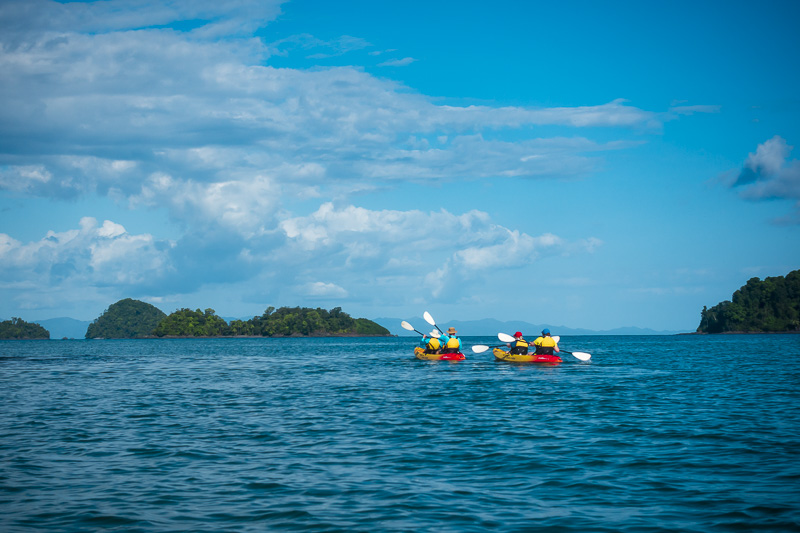 During the day, you can pedal a beach cruiser around, snorkel among giant sea stars, surf reef breaks, tour chocolate farms and feast on delicious Caribbean fare. In the evenings, Latin rhythms and clinking glasses fill the air on Islas Colón.

Discover the forest-covered Mayan city of Tikal in Guatemala

If you strolled this ground 1200 years ago, you’d be walking through a thriving Mayan metropolis. Today, Guatemala’s most significant archaeological site is all haunting ruins and twisting jungle – interrupted only by the occasional cacophony of bird squawks and howling monkeys. 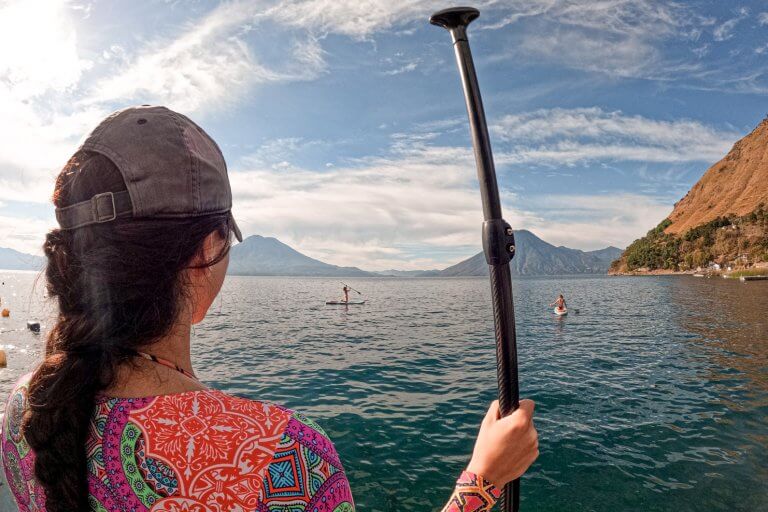 Tikal once rivaled Rome for size, population and political clout, but a millennium of dense overgrowth has since reclaimed the remains of this once-mighty empire. The sprawling park merits multi-day explorations: either base yourself in laid-back, lakeside Flores, or stay on the site to see the sun rise over these majestic, ancient temples.

Get under the skin of Panama City

Seek out the crumbling 16th-century ruins of Panamá Viejo – part of the original city – as well as the rollicking nightlife of Calle Uruguay. The city’s casinos also add another level of excitement. Visitors can drive west to see the ingenious lock system of the world-famous Panama Canal. The rainforest and beach are only a coconut toss away too.

For a glimpse into the soul of El Salvador, cruise the 20 miles between Sonsonate and Ahuachapan in a car. The local villages, artisanal shops, fragrant coffee plantations and colorful wildflower meadows are essentially the entire (admittedly small) country writ small.

Stop at any of the five main settlements over a weekend and you’ll find them abuzz with food extravaganzas and merrymaking. Leave ample opportunity to shop for crafts and gulp the coffee, regardless of when you go. Don’t be afraid to veer off the main route either: at Los Chorros de Calera you can hike among the cliffs and dive into waterfall-fed swimming holes.

Fall in love at romantic Manuel Antonio in Costa Rica

Manuel Antonio is for lovers. Dozens of exquisite hotels perch on cliffs overlooking the cerulean Pacific on the Pacific coast of Costa Rica, and beyond the lavish accommodations, the area’s romantic dining establishments, picturesque beaches and invigorating spa treatments define this welcoming destination. 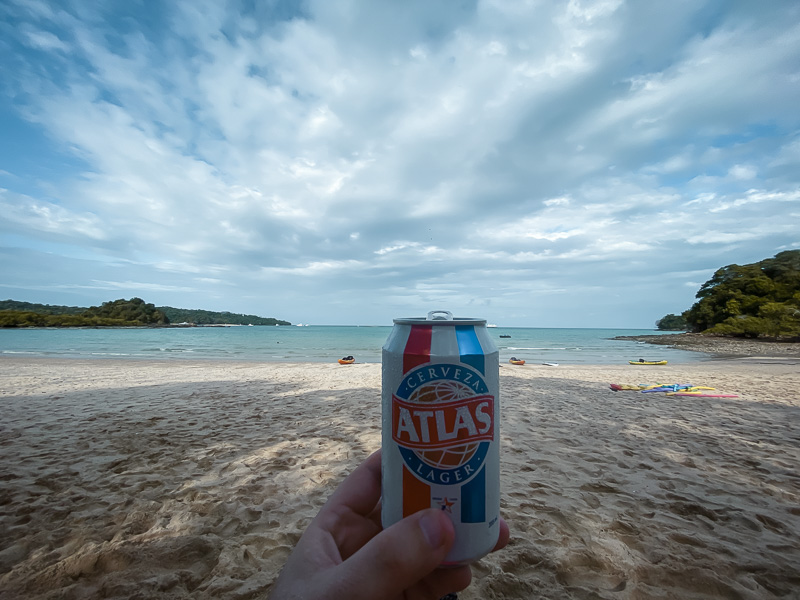 As a bonus, wildlife encounters are all but guaranteed. Squirrel monkeys swing by at breakfast while iguanas bask with guests by the pool, and true nature lovers can also spy on sloths at the nearby Parque Nacional Manuel Antonio. Thrill-seeking honeymooners will also be satisfied, as all the requisite Costa Rica adventures – zip-lining, white-water rafting, kayaking and more – are just beyond your doorstep.

Granada is one of the oldest colonial cities in the region and no trip across Central America is complete without exploring well-preserved architecture. Upon arrival, hop in a horse-drawn carriage and ride around town as you admire the ubiquitous hand-painted tiles and colonial homes.

In Parque Central, the mustard-yellow Catedral de Granada presides over the square, where food vendors and handicraft artisans hawk their goods. Over by the lake, get into a boat or kayak for a tour of Las Isletas – a bunch of volcanic islands just off the city’s shore – where you’ll find fancy vacation homes and an old Spanish fortress.

Chill on the beaches of Costa Rica’s Southern Caribbean Coast

The pace on Costa Rica’s Caribbean shoreline is decidedly sloth-like. And that’s exactly why travelers can’t get enough of it. They come here to slow down, sip on fresh coconuts, lounge on graham-cracker-colored beaches and bathe in the toasty blue-green water. 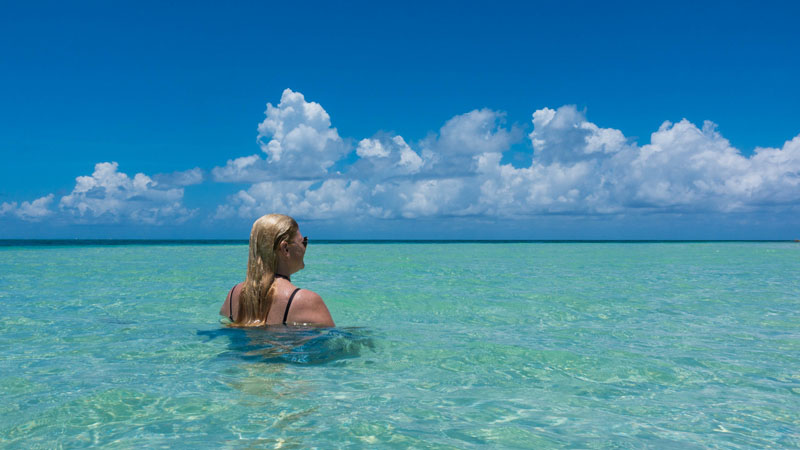 For those who insist on more active experiences, there are plenty of jungle hikes, cacao farm tours and snorkeling excursions to sign up for. Wild, all-night parties are always an option, too. Just remember to fuel up first on the spectacular local cuisine first: think whole fried snapper with a side of coconut rice and fried plantains, washed down with agua de sapo (unrefined sugar, limes, and ginger known as “toad juice”).

Party the night away at Playa El Tunco in El Salvador

Named for a distinctive pig-shaped rock (tunco means pig), this black-sand paradise is famous for its beach breaks and even more famous for its hard-partying surfer crowd. Weekend mayhem tops the agendas of locals and tourists alike with everybody nursing their hangovers the next day with thin-crust pizza from Tunco Veloz.

Those seeking a more laid-back experience need only travel a few minutes in either direction to arrive at tranquil, secluded beaches. In the windswept wilderness of Barrio Santiago, turtles hatch along the shore.

Joining the backpacking crowd on Utila in Honduras

If you’ve got big travel dreams but a little budget, Utila is just the spot, particularly if you’re looking to don some flippers. The dreamy turquoise waters off this palm-dotted Caribbean island in Honduras are replete with surreal coral formations and curious fish, and diver certification courses here are some of the world’s least expensive. 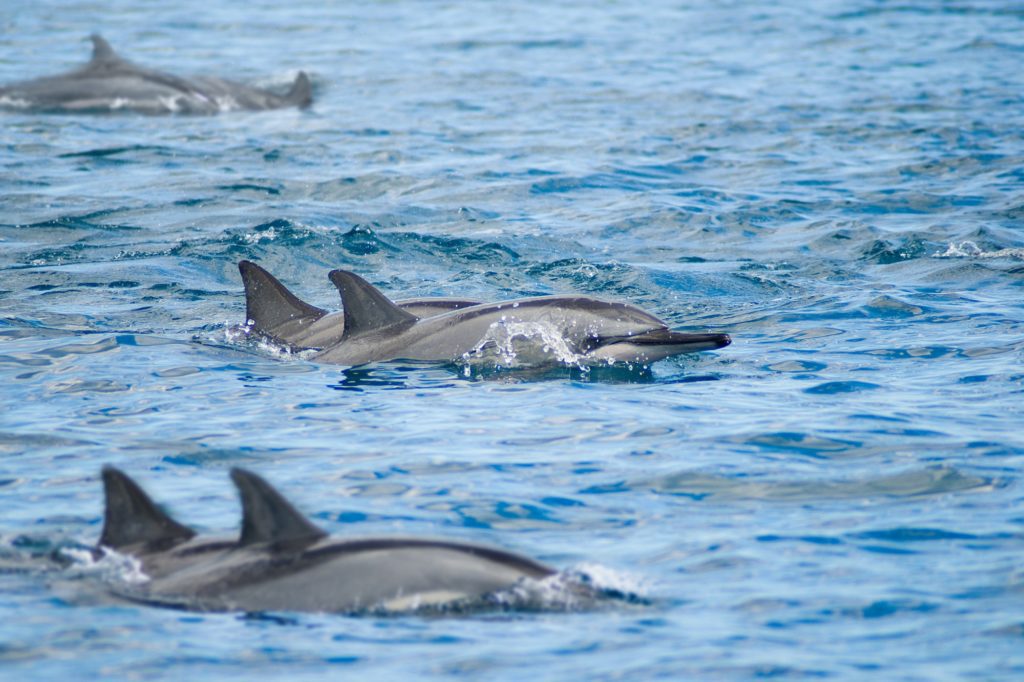 All year round, snorkelers and divers can shimmy around near whale sharks on the northern tip of the island. Then, when the adventures are over, some tasty seafood and a lively bar scene await.

Chow down on Caribbean food on Nicaragua’s Corn Islands

If you like it spicy, head for Central America’s Caribbean – in particular, these two remote islands off the eastern coast of Nicaragua. This is the region’s epicenter of spiny lobster, and plenty of locals make a living off ensnaring it. After you’ve had your fill of the coveted crustacean, bite down on whole fried snapper, a heaping plate of rice and beans, and the famous rondon, a local soup with fish, shellfish, tubers, heart of palm, plantains, peppers and piles of spices.

On Great Corn – the larger and busier of the two islands – restaurants serve this stew year-round. The ingredients must simmer all day in a spicy coconut broth, though, so you’ll need to give 24 hours’ notice for your order.

Admire the ancient Mayan sculptures of Copán in Honduras

Of all the Maya ruins scattered around Central America, Copán has the most impressive chiseled stone sculptures. Human-sized carvings are scattered across this Unesco World Heritage site, which is tucked into a scenic river valley that as many as 20,000 people once called home.

A day spent peering around these temples and the surrounding sites offers a deep dive into the region’s past. Don’t miss the revered hieroglyphic stairway, which describes the history of the ancient city’s rulers in the longest inscription of Maya text known to man. The neighboring town of Copán Ruinas has boutique hotels; you can also stay in the nearby, pine-forested hills at Hacienda San Lucas.

Just as climbers have Mt Everest, scuba divers have Belize’s Blue Hole National Monument. They dive more than 100ft into this massive submarine sinkhole, cruising past oversized stalactites and sometimes encountering large, powerful reef sharks, as they stare down into the 430ft abyss.

On the nearby islands of Ambergris Caye and Caye Caulker, you’ll find environmentally friendly and highly experienced tour operators. But travelers seeking a more adventurous experience should consider a stay on Long Caye, a small and secluded island just minutes from the country’s most coveted underwater attractions.

The Cooler People Know About Whitewater, Too