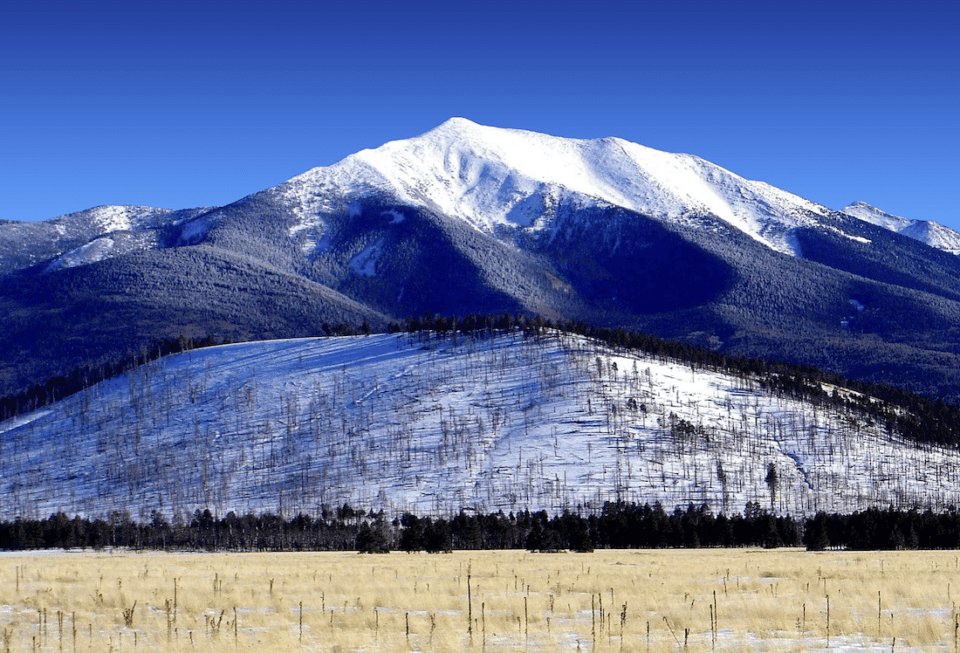 For many hikers, being rescued once from a mountain you are ill-prepared to summit would be enough for one 24-hour period. But for 28-year-old Phillip Vasto it was not.

On March 2, he set out to hike to the top of 12,633-foot Humphreys Peak near Flagstaff, Arizona. Vasto, who lives in Brooklyn, was in Arizona for work when he decided to hike the state’s tallest peak. He spent some time looking at trails on phone apps and planned his route.

That hike did not go well. He began his hike at 2:30 pm, expecting it to take roughly 3 hours to traverse 10 miles and 3,000 feet of elevation gain. There was snow obscuring the trail and it was slow going. Vasto became disoriented as darkness fell, so he called 911. Rescuers found him at about 10,000 feet and counseled him to try again in a few months when the snow was gone.

Instead, Vasto laced up his hikers again the next day and returned to the trailhead. This time, he got a much earlier start, showing up at 9:30 am. He joined two other hikers heading for the summit but by 3:30 or so, his fellow hikers turned back, unwilling to be caught on the mountain after dark.

Vasto pushed on. You can imagine what happened next.

He slipped off the trail, hurt his leg, and began feeling lightheaded and numb. Out came the phone, and another call to 911. A hiker passing by encountered Vasto, recognized he was in trouble, and stayed with him until SAR arrived.

“I did not know just how cold it would be to be up there at that time of year,” Vasto said. “I decided, at the very minimum, let me call somebody because that way they can at least know that I’m out here.”

SAR dispatched a helicopter this time and flew Vasto to safety. Once on the ground they sternly advised him to not try the hike again.

In Arizona, rescues are funded through taxes, so Vasto won’t see a bill.

“I highly advise NOT attempting Humphreys Peak in the winter,” he wrote on his Instagram account. “It was arguably scarier and more dangerous than Kilamanjaro at this time of year. I’m not ashamed of turning back. After all, life isn’t worth losing for a cool Instagram picture. Part of being a hiker is realizing your own human limitations and respecting the mountain and the climate.”

For the Planet’s Sake and Our Own, We Should Let Rivers Run Free