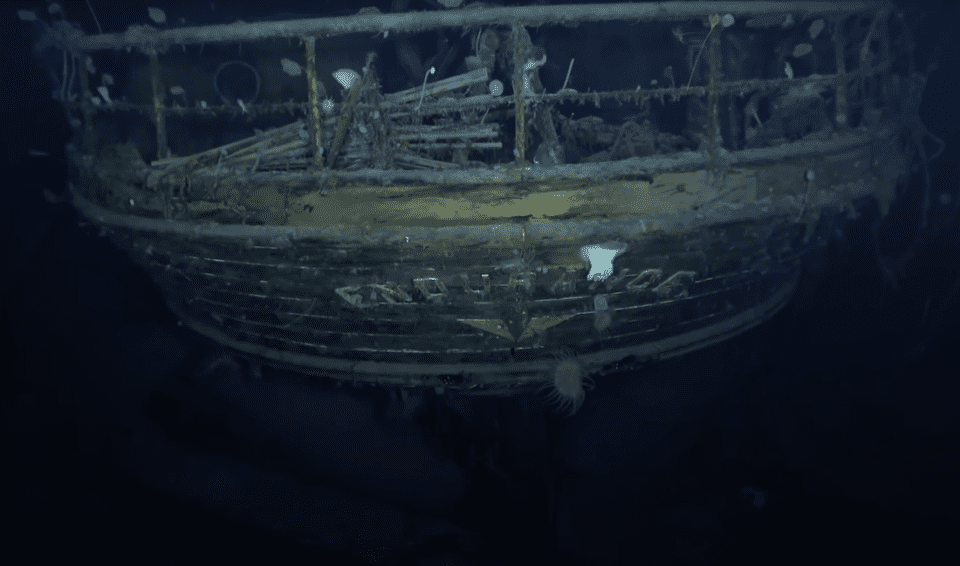 9,842 feet below the surface of the Weddell Sea, a ghost rests. The Endurance, the doomed ship Ernest Shackleton and crew abandoned in 1915 during their infamous Antarctic expedition sunk to the ocean floor and has remained, lost to all but deep sea animals, for more than a century.

But an expedition that set out earlier this year has finally located the ship, with video coming back this week, taken from deep sea submersibles. The site will remain undisturbed, a monument on the frozen sea bottom.

“This is by far the finest wooden shipwreck I have ever seen,” said Mensun Bound, the mission’s director of exploration. “It is upright, well proud of the seabed, intact, and in a brilliant state of preservation.”

Frank Worsley, who manned the helm for the ship, took careful records during the expedition and the grueling aftermath, plotted the final resting place of the ship upon his return to New Zealand. His records were so accurate, the Endurance was found less than four miles from where he assumed it sank.

The ship is in remarkably good condition, given the circumstances. It rests there at the bottom, ENDURANCE clearly visible at the stern, as if long waiting for its moment of discovery.

Because of a treaty signed years ago, no human or machine will touch the Endurance during the forthcoming research projects that will be aimed at the ship. Subs may sink to its depths and capture photo, video, and complex imaging scans, but nothing, neither flesh nor metal will touch the ancient vessel. She will remain at rest.