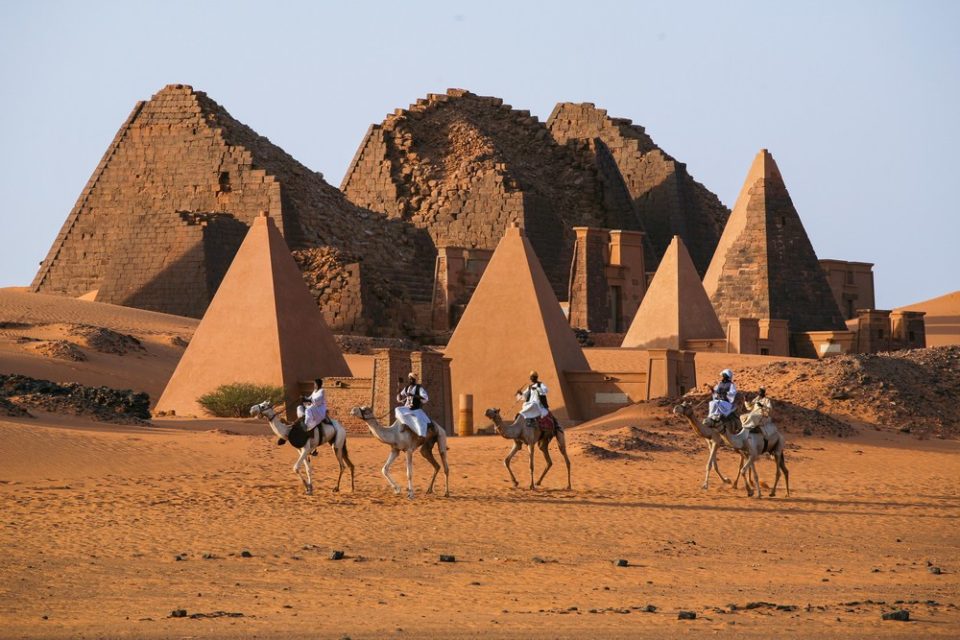 Egypt’s reputation precedes it – here, history extends back not just centuries but to the very dawn of civilization, with an impressive horde of in-situ ancient monuments to prove it. But the country’s reputation as a tough place for solo women to visit might feature just as prominently as the pyramids in tales swapped by travellers.

Earlier this year, I spent six weeks in Egypt on my own, traversing the country from top to bottom, from Alexandria to Aswan and beyond. While I’m not going to pretend like it was easy, travelling in Egypt by myself was hugely rewarding and eye-opening.

Curious about travelling to Egypt solo? Here are six hard-earned lessons gleaned from my own recent experiences.

Hear me out: I know that signing up for a tour might seem like the antithesis of travelling solo, but in Egypt, that decision pays out dividends. Joining a small group or even just getting a guide for yourself will vastly enhance your time exploring.

The country isn’t well set up for independent travel. Signage at Egypt’s ancient sites is nearly nonexistent, so if you’re hoping to understand the hidden meanings behind the hieroglyphs and learn about the pantheon of pharaohs and gods, you’ll need an expert Egyptologist in tow. Few prices are fixed, so you’ll spend more of your precious holiday time haggling for transport to this temple or that, instead of standing in awe of the ancient treasures. Would-be guides hang around entrances to tourist sites, but when you come with your own, you’ll skip the hassle of their entreaties. Going with a guide or group lets you fully focus on enjoying your journey instead of figuring out the logistics of making it happen.

Remember that travelling solo doesn’t necessarily mean travelling alone. If you join a tour, you’re bound to meet other like-minded adventurers, perhaps even other solo travellers who decided to strike out on their own, so you can exchange stories and experience the joy of solo travel together. Egypt is a conservative Muslim country, and it’s important for travellers to respect the local culture. It’s best for women – and men! – to dress modestly, covering from upper arms to knees. Bathing suits and shorts are fine on Nile cruise boats and at resorts in Sharm el-Sheikh and the Red Sea, but it’s considerate to cover up more in the cities and especially in rural villages.

While you definitely don’t need to wear an abaya (a full-length dress worn by women that covers from wrists to feet) or a headscarf (unless you’re visiting a mosque), long and loose-fitting clothing will ensure you keep cool and comfortable in both climate and culture. Go for long skirts, relaxed athletic pants, t-shirts, flowy tops and cardigans in cooler weather. 3: Bring your sense of humour

Egypt’s economy is hugely reliant on tourism and is still rebounding after the COVID-19 pandemic and political instability from the fallout of the Arab Spring in 2011. More than two million Egyptians are employed in tourism, and the competition to clinch a sale can be fierce. While being questioned and catcalled everywhere you go is exhausting, rarely is it malicious.

The path leading to nearly every historic site is lined with tourist-tat-filled markets and makeshift stalls that one of my guides jokingly referred to as the “valley of the vendors.” If you’re not interested in making a purchase, just keep walking and ignore the cloud of questions and pleas for you to step into their shops. Walking through like you’re covered in teflon and letting the hassle bounce off you is the best strategy, but it’s not always the easiest if you come from a culture where that’s considered rude.

The Egyptians love to joke, so if you’re inclined to engage, bust out your sense of humour. Completely make up where you’re from (usually the first question asked) or if the sales pitch gets too tedious, laugh and say that you already have a set of canopic jars at home and don’t need any more. Egypt’s unrelenting desert sun means that sunglasses are essential for a visit no matter the time of year, but they can also help you avoid eye contact and more easily deflect the searching salespeople.

Some women say wearing a fake wedding ring helps ward off unwanted advances from flirtatious men, though I’m not fully convinced it’s worth the effort. Even if your ring is noticed, expect to be peppered with questions – from both men and women – about why you’re travelling alone, whether you’re married and how you could leave your family behind.

You’ll get fewer second glances in Cairo and Alexandria, cities where tourism is less important (though the urban chaos is another element to contend with). The Cairo Metro also has women-only cars. Solo travellers determined to navigate themselves around Egypt should pick up a local SIM card or ensure that their data plan from home works when they arrive in the country. Having a data connection is essential for using mapping apps to find your way around, especially in the mangled maze of Islamic Cairo and the famous bazaar of Khan el-Khalili (but don’t forget to put your phone away, too – some of the joy here is getting lost).

Uber works in Cairo, Alexandria, Hurghada and a few other less-touristy towns, and its set prices are a godsend for those tired of haggling with taxi drivers. With phone data, you can stay connected to friends at home and those you meet in Egypt, and many accommodations and tour operators use WhatsApp to make bookings and confirm details.

Buy a SIM card at the airport on arrival – you’ll find phone shops around Egyptian cities, but the staff are less likely to speak English. 6: Stay flexible and have fun

Egypt isn’t the easiest place on the planet for solo women travellers – or for independent travellers at all – but if you have an appetite for adventure, Egypt extends an open invitation to dive in head first. While in other countries it often pays off to have a well-planned itinerary, in Egypt, some of the best stories come from seeing where the trip takes you. You never know who you might meet on a tour, at a hostel, at a coffee shop or on the night train.

Every day in Egypt is an adventure. Embrace it. Gardens By The Bay, Singapore

whoah this blog is magnificent i love studying your posts. Stay up the great paintings! You recognize, many individuals are searching around for this info, you can aid them greatly.

Everything is very open and very clear explanation of issues. was truly information. Your website is very useful. Thanks for sharing.

Hi there, i read your blog from time to time and i own a similar one and i was just wondering if you get a lot of spam responses? If so how do you reduce it, any plugin or anything you can recommend? I get so much lately it’s driving me insane so any help is very much appreciated.

I conceive other website owners should take this website as an example , very clean and superb user pleasant style.