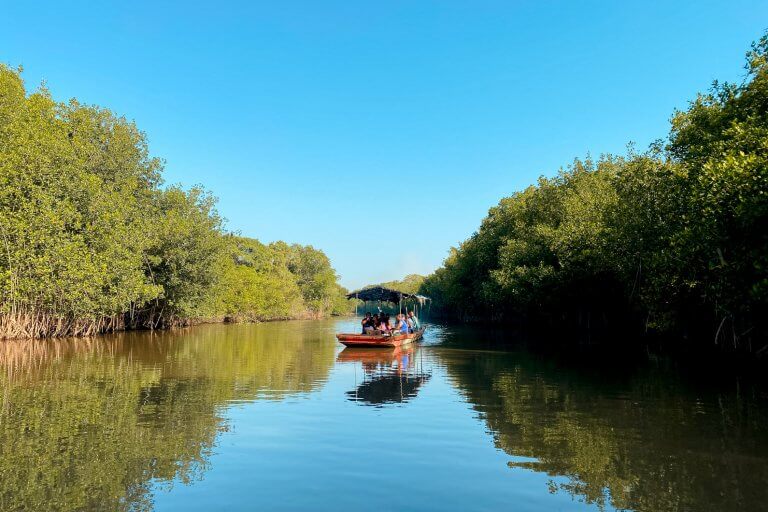 Guatemala is brimming with diverse wildlife, tropical rainforests and some of the oldest and most awe-inspiring ruins in the world.

Whether you want to trek through the jungle trying to spot an elusive jaguar (good luck) or climb an active volcano to roast marshmallows over cooled lava, Guatemala has no shortage of outdoor activities for nature lovers.

The largest protected area in the country is the Maya Biosphere Reserve, located in the northern region of El Petén, where national parks and reserves contain vast swaths of rainforest. Some are easy to get to, like the iconic Tikal; others are for the truly intrepid, like the remote ruins of El Mirador, which is accessible only on a five-day trek through the jungle. Whatever level of adventure you are seeking, this part of the country is where the majority of Guatemala’s biodiversity lives, and you shouldn’t miss it.

Here are the best trekking tours and hiking trips in the national parks in Guatemala in 2022 for those who love to explore.

In 1926, as pilot Charles Lindbergh flew over the dense jungle in northern Guatemala, he saw what he thought were volcanoes rising up out of the trees. Upon closer inspection, the ruins of El Mirador turned history on its head when experts determined that this was a city even older than Tikal. Partial excavation of the ruins determined that El Mirador thrived at least 2000 years ago and was likely the first state-level society in the Western Hemisphere. The park is also home to La Danta, one of the world’s largest (by volume) pyramids, as well as ancient art depicting scenes from the Popol Vuh, a foundational sacred text of the Maya.

The jungle surrounding the ruins is extremely diverse, with five kinds of tropical forest blanketed with canopies of towering ramon and sapodilla trees. Jaguars and pumas are known to roam this part of the country, and it is also a flyway for migrating birds, making it a bird-watcher’s paradise. The limestone cliffs are the last place on earth where the orange-breasted falcon can be spotted, and rare harpy eagles also call this region home.

There’s just one catch to a visit here: the El Mirador ruins are only accessible by a five-day trek through the jungle, or by private helicopter. The jungle hike can be arranged in the small town of Carmelita just outside Flores in El Petén.

Standing tall at 2552m (8372ft), Volcán Pacaya is Guatemala’s most popular hike – and it’s no surprise why. One of Central America’s most exciting volcano treks, the mountain (while active) is safe to climb; you can even roast marshmallows over cooled lava when you reach the top. Pacaya makes for the perfect day trip from either Guatemala City or Antigua, and it’s a hike that is agreeable to almost everyone thanks to its well-maintained trails with good signage, public bathrooms, rest stops and plenty of vendors selling snacks along the way.

The trail takes you through forests and farmland before opening up onto cooled lava fields near the top. It’s possible to rent a horse to take you up the volcano (or to have someone with a horse walk alongside you should you want to hop on at any point during the trek). However you choose to climb Pacaya, it’s worth the effort for the incredible views from the summit of neighboring volcanoes Agua, Fuego and Acatenango.

The striking red-and-teal quetzal is Guatemala’s national bird, and it has been considered sacred since long before the conquistadors arrived. Quetzals have been painted in murals and tattooed on many proud citizens all over the country; Guatemala’s currency even bears the name of this iconic bird. If you want to catch a glimpse of a live one in the wild, a visit to the Biotopo del Quetzal south of Cobán is a must.

Seeing one is still a matter of luck, but statistically speaking the chances are higher here than anywhere else in the country. The 2580-acre park is dedicated to the conservation of cloud forest and the wildlife that call it home, including the quetzal – now, regrettably, in danger of extinction.

The park has two moderately difficult trails, one 2km (1.2 miles), the other 4km (2.5 miles), each taking you up a small mountain teeming with massive ferns, bromeliads and orchids. The pine, cypress and eucalyptus trees are home to such tropical birds as the emerald toucanet and forest falcons, in addition to quetzals. At the end of the trails, you can cool off in waterfalls before heading back down. The best time of year to see quetzal birds is in March or June, before or after nesting season.

A 30km (18.6-mile) river filled with water lilies and the 18,000 acres of wetlands that surround it make up the Río Dulce National Park on the Caribbean coast – and the most popular way to see the reserve is on a boat. Tours can be arranged in the town of Río Dulce; they consist of a languid two-hour ride down the length of the river, with plenty of opportunities for spotting wildlife along the way. The mangroves of Río Dulce are home to crocodiles and provide one of the last known habitats for the endangered manatee. A jungle canyon sits at the mouth of the river, and it’s a popular haunt for bird-watchers looking to spot hawks, herons, egrets and kingfishers.

Farther along the river, a stunning rock face covered in jungle greenery and bromeliads called La Cueva de la Vaca is the perfect spot to stop for photos. You can spend the night in the heart of this untouched wilderness in one of the jungle lodges along the Río Tatin, a tributary that juts off of Río Dulce just upstream from the canyon.

Nestled deep in the dense jungle of the department of Alta Verapaz is Semuc Champey, a stunning series of tiered turquoise pools atop a natural limestone bridge that covers the Cahabón River. The park is one of the most arrestingly beautiful places in all of Central America, and though getting there is an all-day adventure in itself, involving various forms of public transport, the journey is well worth the effort.

The park has one 30-minute trek that snakes up through the lush vegetation full of butterflies, tropical birds and skittering iguanas and ends at a mirador that has breathtaking views of the natural pools inside the lush gorge below. This is a park to linger in for a day to swim, sunbathe and take in all the surrounding natural beauty. Though technically not part of the park, nearby K’anba Caves are a popular add-on to the day, with many tours offering candle-lit swims through the underground river cave system.

This colorful tropical forest in the department of Alta Verapaz is home to the pristine and serene Laguna Lachuá, a clear, cool turquoise lagoon with a long wooden dock that makes it perfect for swimming. To get to the lagoon, visitors must hike the park’s 5km (3-mile) trail through subtropical humid rainforest, full of foliage and wildlife. Expect to see hummingbirds, tapirs, monkeys and (eek!) tarantulas.

Once at the lagoon, you’ll spot plenty of marine birds, including storks, ducks, pelicans, egrets and herons. The park is very popular for overnight visits because of the campsite right beside the lagoon (which includes a palapa where campers can pitch their tents in the event of inclement weather). The campsite has amenities including washrooms, a “camp kitchen” where it’s possible to prepare meals, and a friendly park ranger on duty 24 hours in the case of emergency. Rules are in place to protect the lagoon, including the prohibition of using bug repellent, soaps and chemical sunscreens while swimming in the lake. Fishing is not allowed, nor is the consumption of alcohol inside the park.

There’s no question about it: Tikal should be at the top of your list of places to see in Guatemala. Once the capital of the Maya, this impressive ancient city was first rediscovered in 1848, though excavations didn’t start in earnest until 1951.

The 575 sq m (6189 sq ft) expanse is home to more than 200 structures, some of which are still completely or partially swallowed by the jungle. Tikal rose to the height of its power in the 7th century, and the remnants of the kingdom are a testament Maya society’s extraordinary sophistication. The resilient limestone buildings include houses, royal palaces, administrative buildings and several temples and pyramids, the most astounding of which is Templo IV. Standing at 65m (213ft) high, it’s an unforgettable vantage point to watch the sun rise.

A Unesco World Heritage Site, Tikal is unique in that it is valued for both its cultural significance and exceptional biodiversity. It is said that jaguars and pumas still roam the park at night, while hundreds of species of tropical birds that can be spotted during the day, including hummingbirds, parrots and toucans. The experience of walking through the jungle, listening to screaming howler monkeys and marveling at the giant ceiba trees is just as much of an attraction as the ruins.

Most historians point to drought and deforestation as to why the city was abandoned, but nobody knows for sure why the kingdom of Tikal collapsed. These unanswered questions and mystery around the history of the Maya only add to this remarkable experience.

Travel News 07/2022 – Bhutan opens its doors to tourism, charging three times more than before the the pandemic

Hey There. I found your blog using msn. This is a really well written article. I will be sure to bookmark it and come back to read more of your useful information. Thanks for the post. I will certainly return.