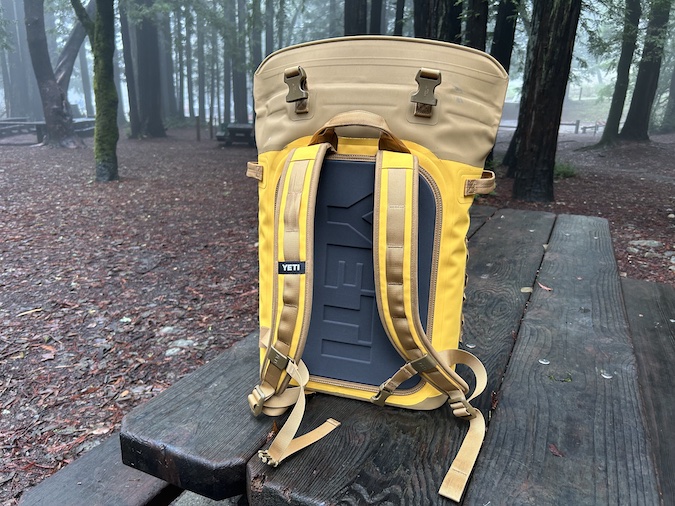 I get why YETI includes the amount of cans you can fit in a cooler to help describe its volume, but I can’t really envision a scenario in which I tote an 18 pack of beers, soda, canned wine, what have you, in a backpack. I can however envision plenty of scenarios in which I tote a couple plastic containers of food, a few canned beverages, and some fruit for family sustenance on a day hike. Probably harder to market a backpack cooler that way, though, I suppose.

But that’s what I’ve mostly used the YETI M20 Hopper for in the six months or so I’ve had it. The family’s headed out for a day of exploring our local trails? The M20 becomes the food/drinks tote. Or, maybe we’re headed on a multi-hour road trip—the M20 gets loaded with snacks and drinks and becomes the in-car fridge. I’ve ridden my bike with it on my back to pick up oysters while overnighting in Bodega Bay, and ferried five big honkin’ Dungeness crabs with it on a 15-mile round trip gravel bike ride from my house to a nearby farm stand.

It’s versatile, is what I’m saying. Doesn’t smell like fish inside, either (I know you’re wondering).

It’s also, by far, the best portable, soft-sided cooler I’ve ever used. The thing feels as bulletproof as its larger, hard-sided cousins. It’s waterproof, and little-wave proof, as I discovered once when I dropped it in the ocean on a beach day to see what it would do (it floated, mostly).

It uses a magnetic closure system that is smart and reliable, though hard to trust at first. That’s why I tossed it into the brine; wanted to see if that closing system would let water in. It did not. It almost seems like magic. You bring the two lips of the pack together and…snap, the magnets click them into place and hold firm. It’s a little tricky to open and keep open with one hand, so you often need to hold it open with one hand and load it with the other. A very small gripe. 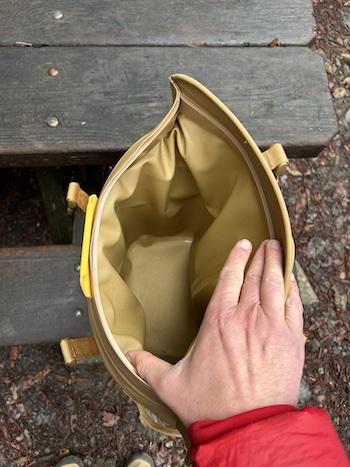 There are two rows of daisy chain loops on the outside of the pack you can for clipping on bottle openers, water bottles, knives, even oyster shuckers. When loaded to the brim it’s fairly heavy, so I really appreciate the small handles sewn into the top to help lug the pack around. The back panel is a soft but firm foam that remains comfy against your back regardless of load weight. I do wish it had chest straps to keep it from swaying when riding a bike, but I can’t imagine YETI envisioned that many people riding bikes with this on, so I get why they’re omitted.

As with any YETI product, the thing most people will wonder about is the price. Well, it’s $325. That’s…alot. (Though you can find the purple color way on sale for $270). But for that you are getting a truly versatile cooler that can probably withstand the blast from a nuclear bomb. Whether or not you need that is up to you. But it’s sure nice to use.

The things you should and shouldn’t do when travelling Indonesia