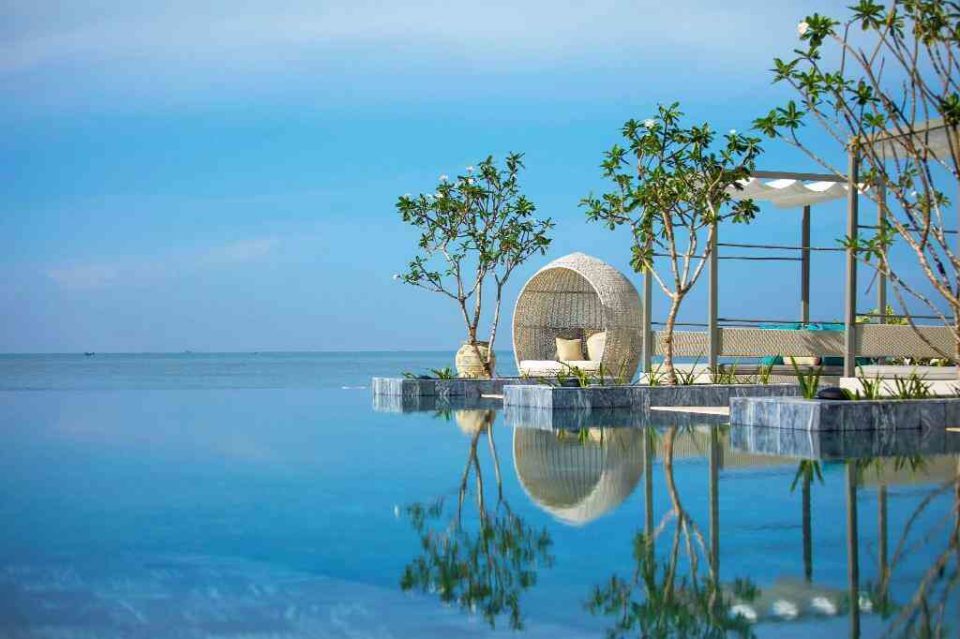 Readers of U.S. magazine Travel+Leisure have revealed their 10 most favorite beach resorts in Vietnam through a vote earlier this year. 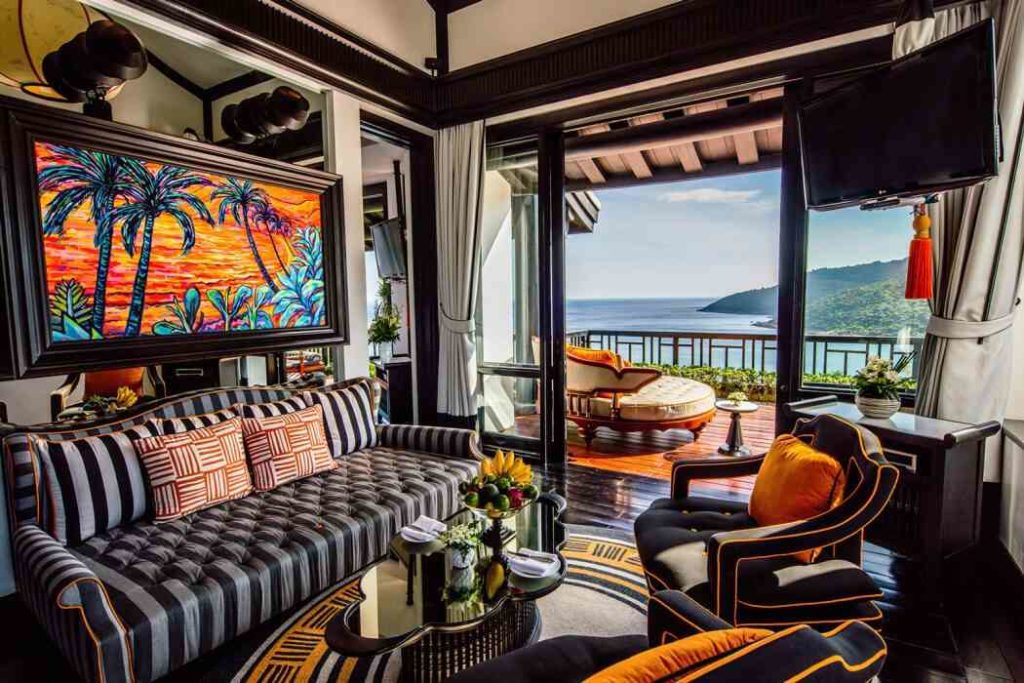 Built on the hills in Son Tra Peninsula in Da Nang City, InterContinental Danang Sun Peninsula Resort topped the list. It has 201 rooms, suites, penthouses, and villas along a 700-meter-long private beach. Located within Son Tra Nature Reserve, home to some critically endangered species including red-shanked douc langur, the resort has strict policies to protect the langurs. 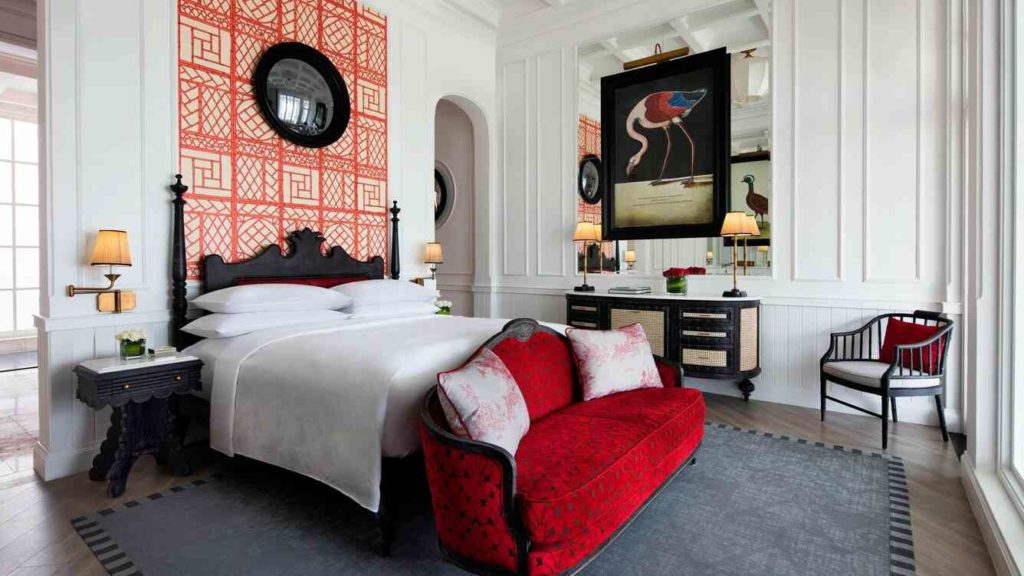 JW Marriott Phu Quoc Emerald Bay on Khem Beach was second in the list. Situated 15 minutes from Phu Quoc International Airport, it has 234 rooms, suites and villas. The French-style resort was built in 2016. 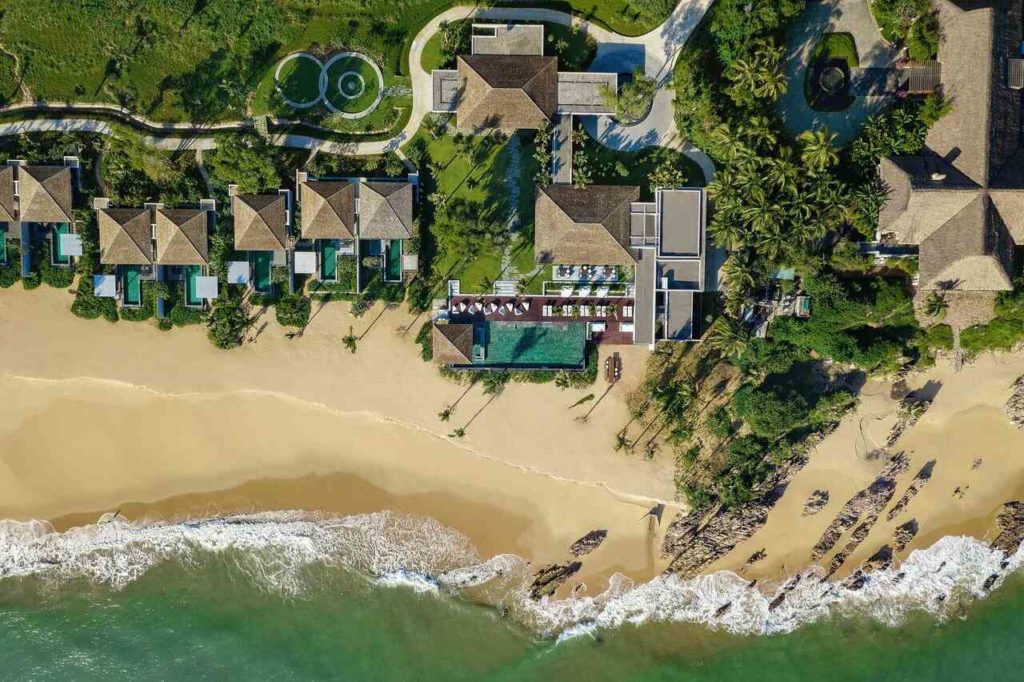 The three-hectare Anantara Quy Nhon Villas near Bai Xep beach in Quy Nhon Town was third. The resort has 26 beach-view villas with private outdoor swimming pools. And it is near Bai Xep fishing village that was listed by Business Insider as “one of the 16 hidden gems” of Asia. 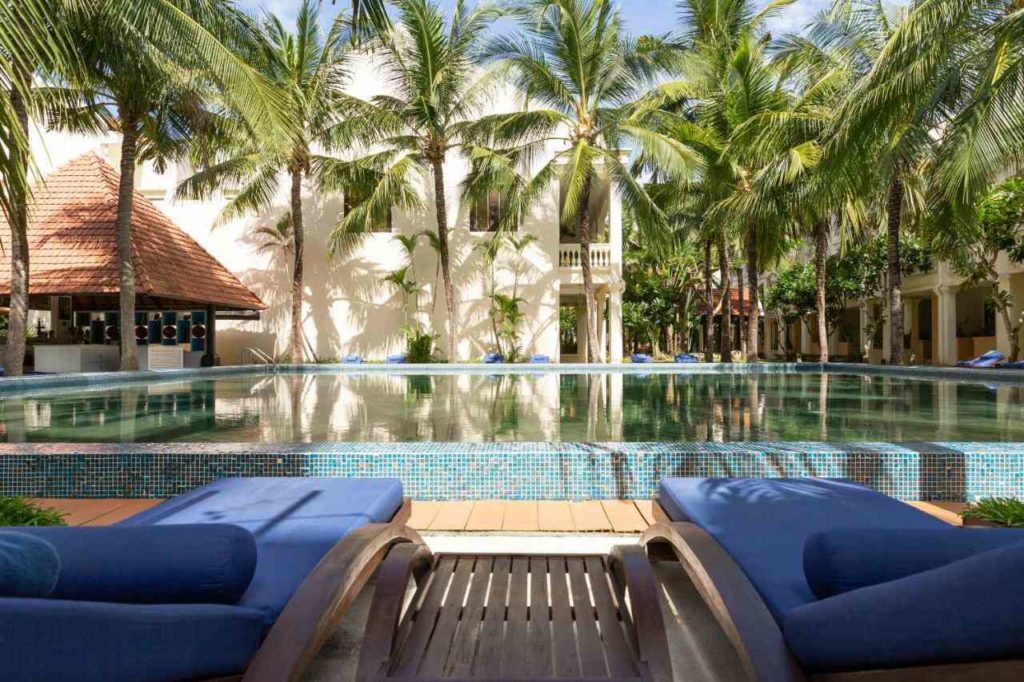 Anantara Hoi An Resort on the Thu Bon River in Hoi An came in fourth. It has a touch of French colonial architecture, 94 rooms painted in yellow and environment-friendly equipment. Plastic bottles are banned inside the resort. Guests can go on a boat tour and release floating lanterns in the river on the 14th day of each lunar month, a traditional travel experience here for years. 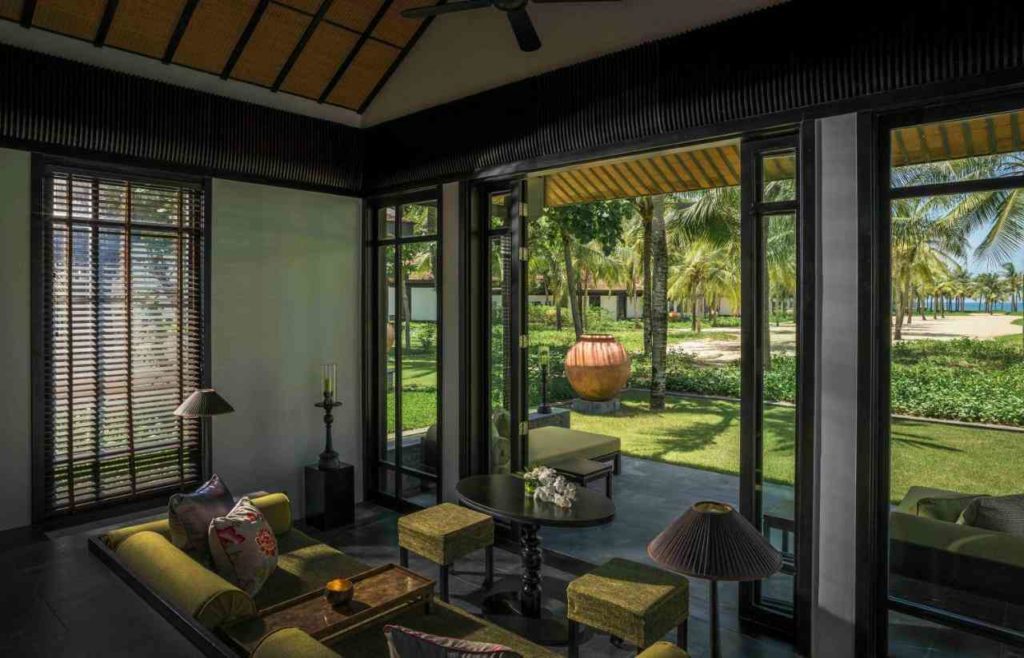 Spread over 35 hectares along Ha My Beach in Hoi An is Four Seasons Resort The Nam Hai, which secured fifth position. Surrounded by coconut trees, it has 100 villas designed in the style of traditional Hue garden houses, three infinity pools and eight separate spa rooms. The resort has its own vegetable garden that uses eco-friendly materials. At the heart of the resort is a small temple where fishermen pray for safety before each voyage. 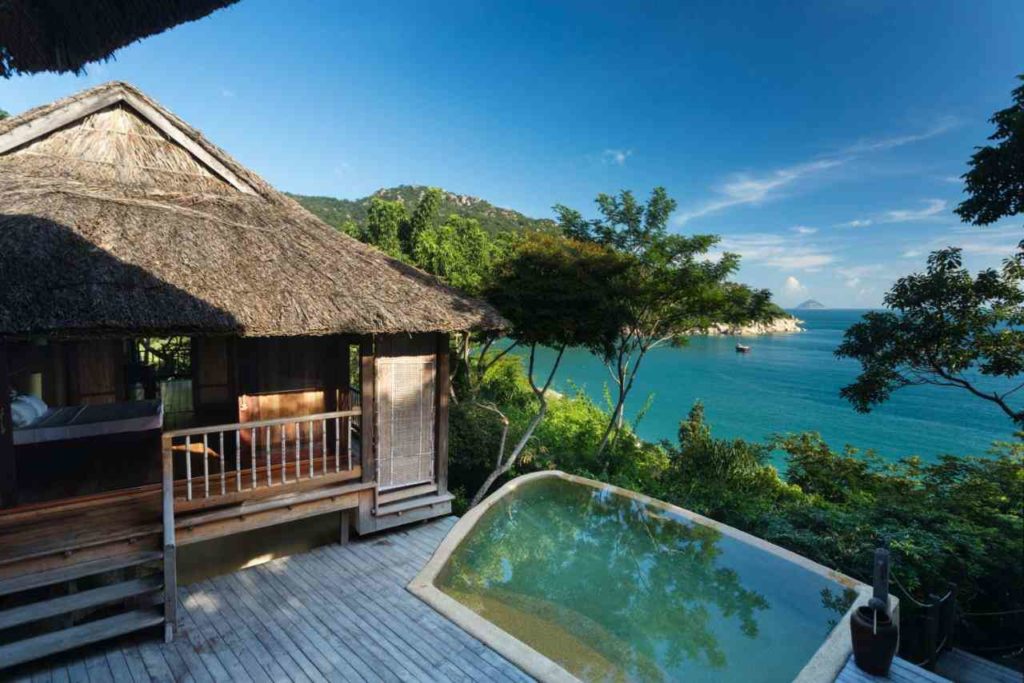 Six Senses Ninh Van Bay in the south-central province of Khanh Hoa was sixth. Situated in the eponymous bay around 60 kilometers from downtown Nha Trang, the resort consists of 62 villas built entirely of wood and rattan and with thatched roofs. No plastic bottle is allowed inside, making it one of the few eco-friendly resorts in Vietnam. 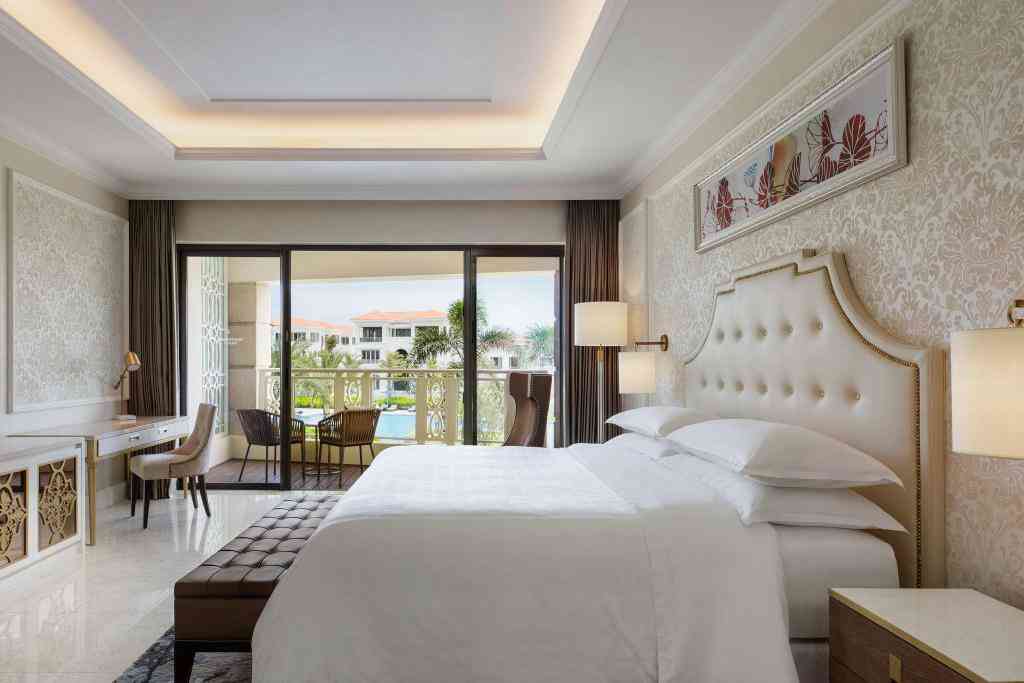 Sheraton Grand Danang Resort on Non Nuoc beach in Da Nang came in seventh. It has 270 rooms, a buffet restaurant, a tea lounge and whiskey bar, and beach and pool bars. Visitors can visit Marble Mountains with its network of caves, tunnels, towers, and pagodas built by Mahayana Buddhists and the Nguyen Dynasty Kings. 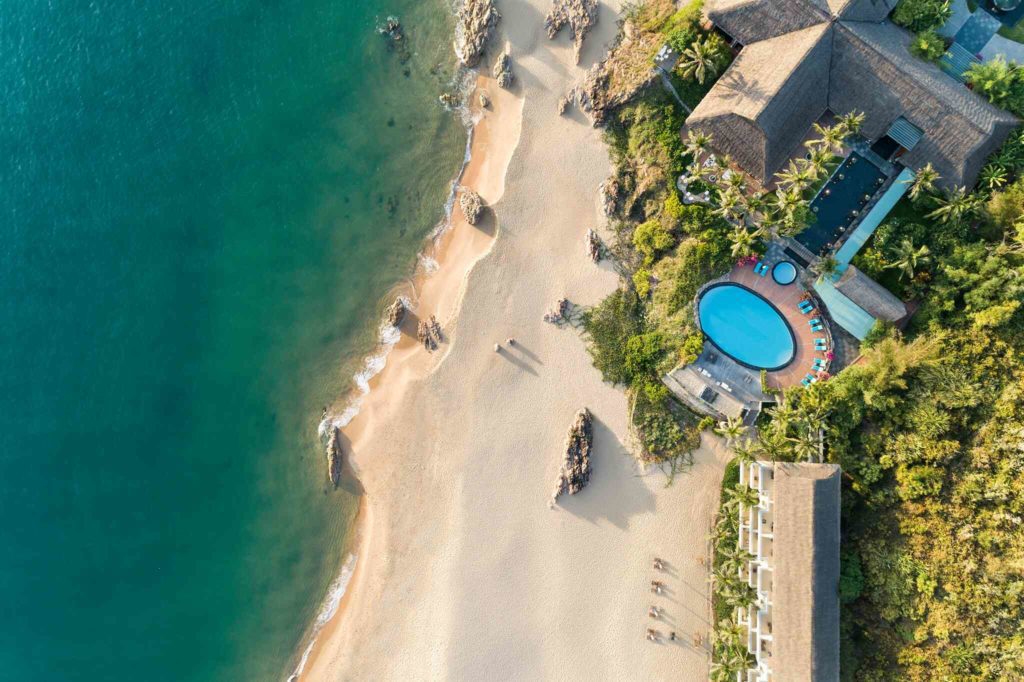 Avani Quy Nhon Resort along Long Beach in Ghenh Rang Ward, 14 km from downtown Quy Nhon, came in eighth. It has 63 rooms and suites with balconies facing the sea and a restaurant in a unique location: the top of a cliff. The resort is close to the grave of Han Mac Tu, one of the most famous poets in Vietnam, who contracted leprosy and died at the age of 28. 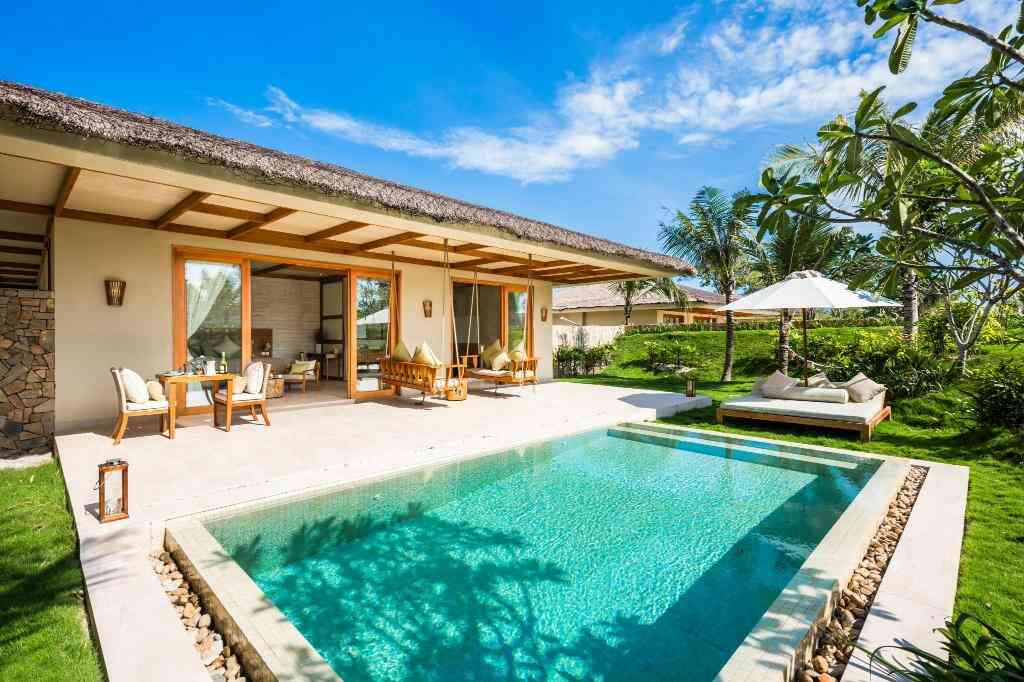 Located along Vung Bau beach on the northern tip of Phu Quoc Island, Fusion Resort Phu Quoc was ninth on the list. It has 97 villas with the unique architecture of traditional Vietnamese villages with thatched roofs. Each villa has a private swimming pool. Due to its remoteness from the downtown area, there are shuttle buses for tourists from the resort to Duong Dong Town where there are night markets and Buddhist temples. 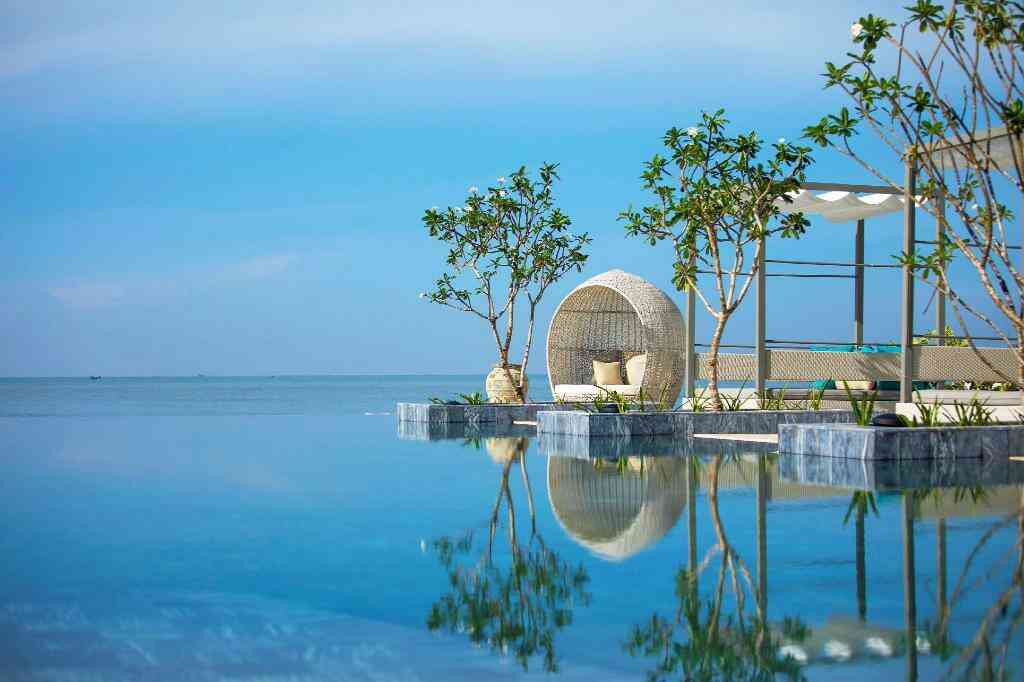 Meliá Ho Tram Beach Resort in Xuyen Moc District in Ba Ria-Vung Tau Province, two hours from HCMC, rounded off the list. Stretching along private beaches in the Ho Tram tourist area, the resort has 152 rooms and 61 villas on an area of 17 hectares. Guests can visit fishing markets and trek into Phuoc Buu forest, home to rare endangered species.