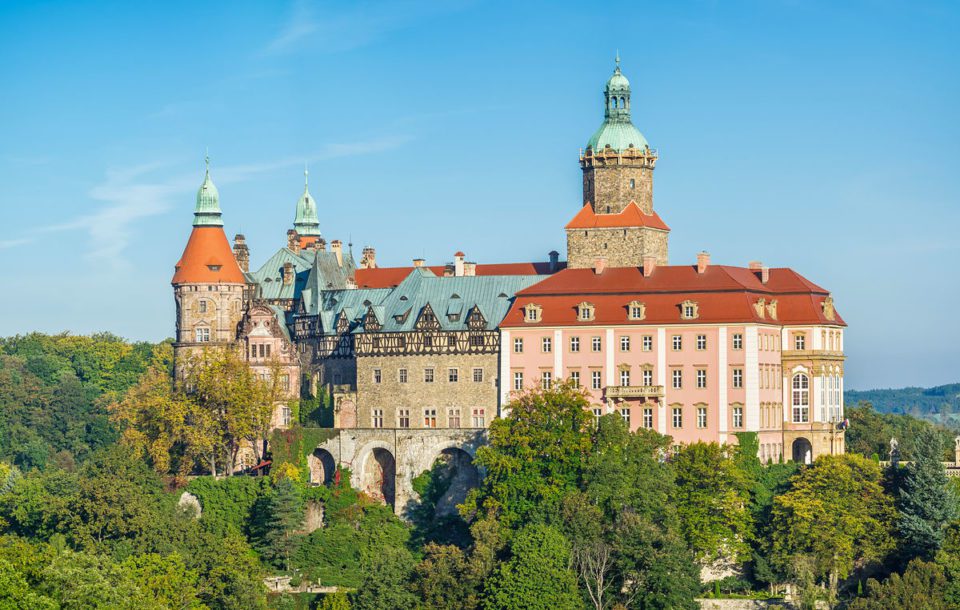 Poland is always one of the top choices when traveling to Europe. Traveling to Poland, visitors will visit the ancient cities, beautiful natural landscapes and especially the magnificent and magnificent castles. In this article, we will introduce to you top the most beautiful historic castles in Poland. 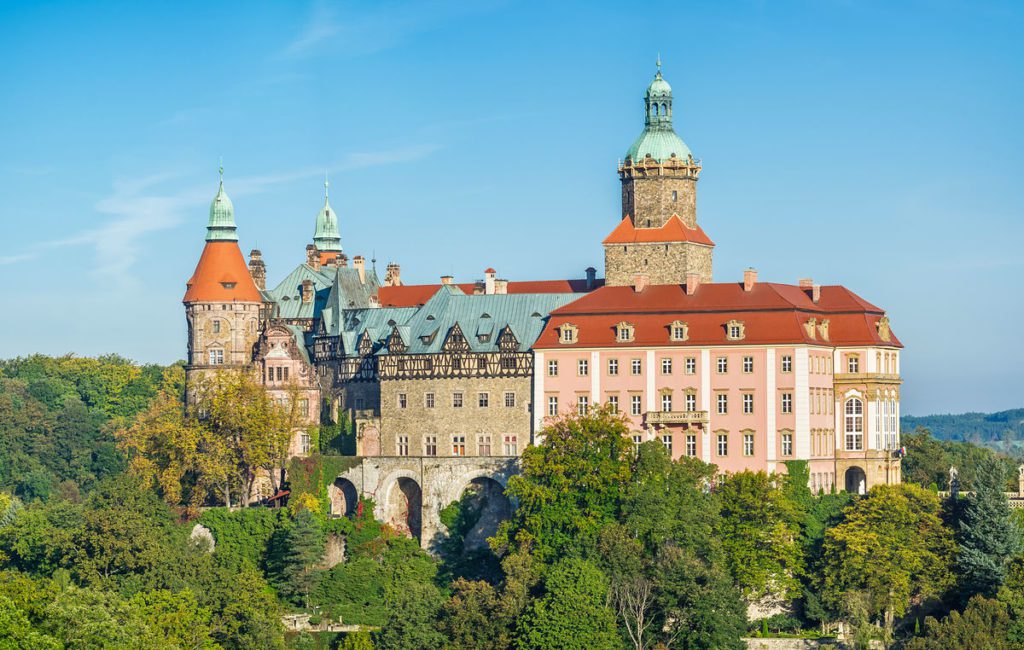 Ksiaz Castle is the largest castle in the Silesia region, north of Wałbrzych, Lower Silesian Voivodeship, Poland. One of the most beautiful castles in Poland, the castle was built around the 13th century. In the past, the castle was a regular residence for the tsarist and British dignitaries. Currently this castle has become a tourist attraction to tourists. Inside the castle, there are several spaces designed to open restaurants and resting places. 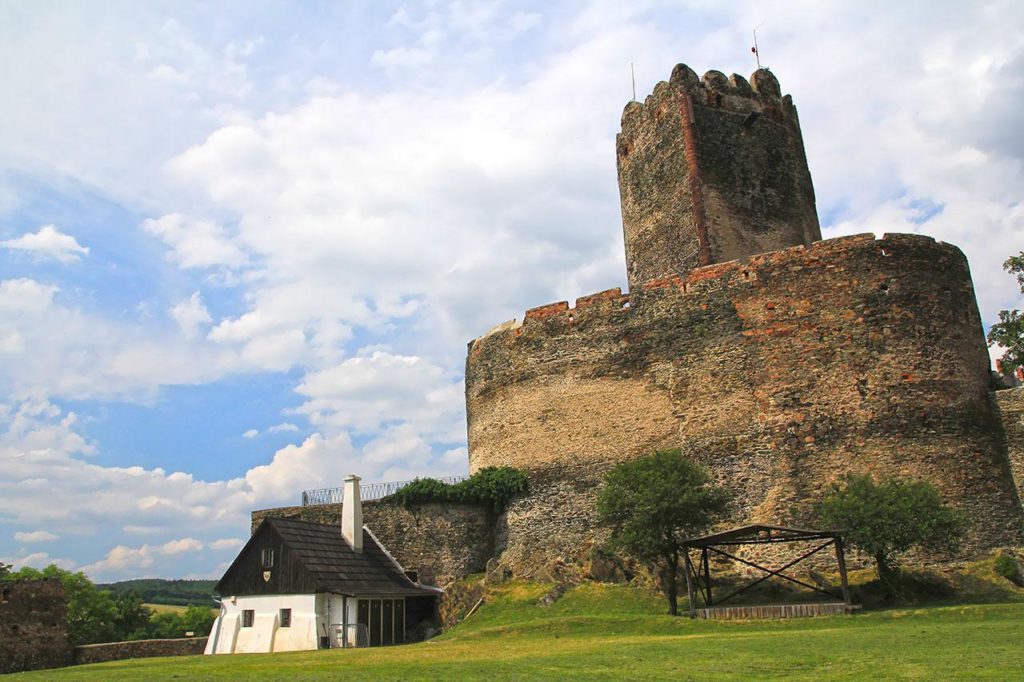 Bolków Castle is located in Bolków on Castle Hill, Dolnosalaskie Province. The castle was also built around the 13th century in Poland. This is not only a castle but also built as a fortified fortress. In the 16th century, this castle was repaired and upgraded by architect Jakub Parr. Today the castle is home to events, festivals, or rock nights. 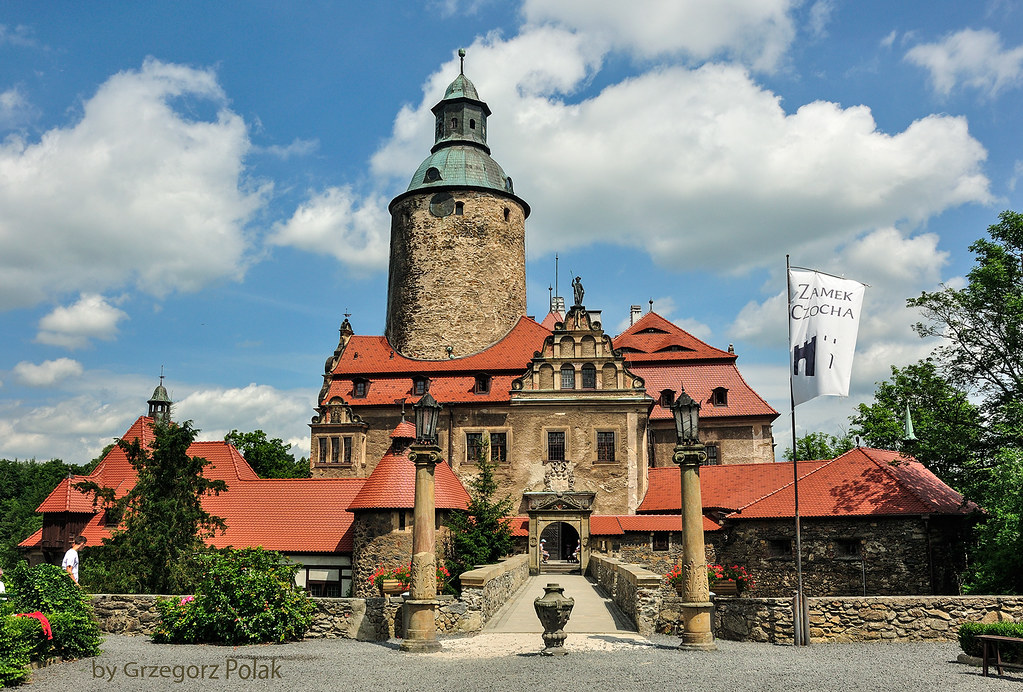 Czocha castle is a defensive castle in the village of Czocha (Gmina Lesna), Lubań county, Lower Silesian Voivodeship, in southwestern Poland. If you are a Harry Potter fan, you will know Czocha Castle, which is called “Hogwarts school” in Poland. The reason this castle is so called is that in recent years, it has held hostage role-playing games. These games are organized by volunteers. In these games, participants will play the role of the students and the staff or players will assume the position of teachers. These games are depicted in the Hogwarts magic school in the famous Harry Potter work. 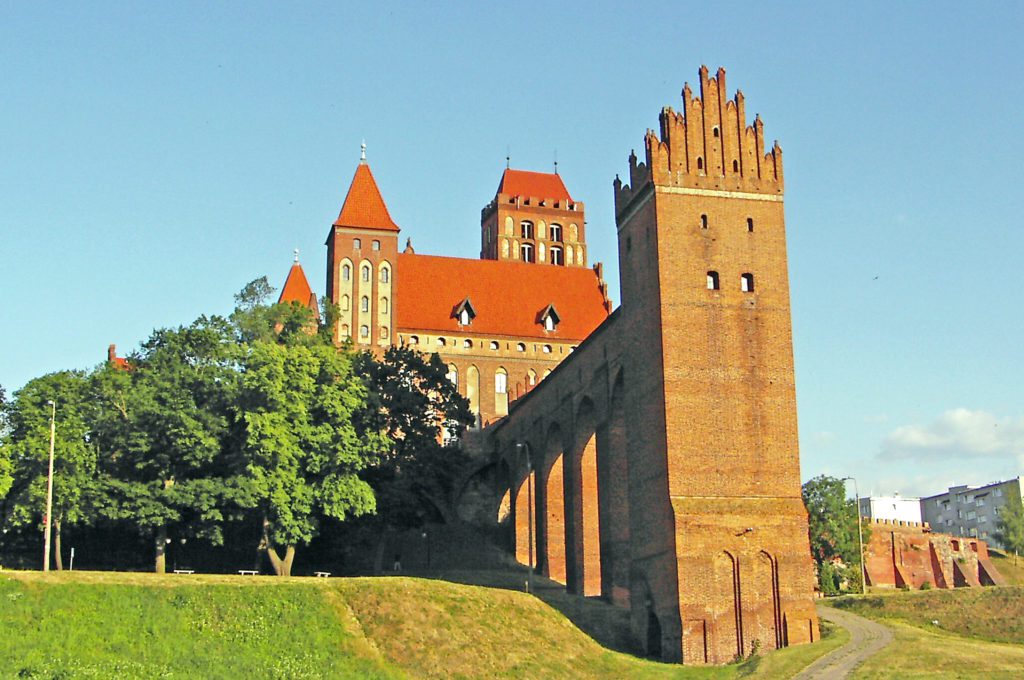 Kwidzyn Castle is located in the town of Kwidzyn, Poland. Kwidzyn was built in a typical Teutonic knight style architecture. Built in the 13th century, after completion, the castle became the residence of a wealthy Prussian family. When visiting here, you can not only visit the castle but also explore the medieval tombs deep in the ground, the museums and the ancient churches around. 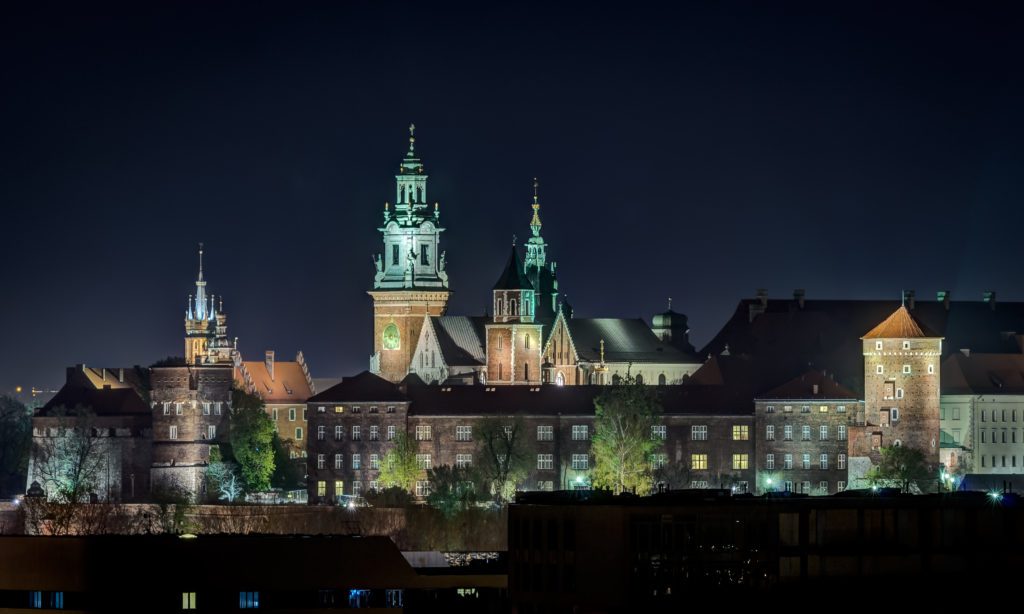 Wawel Royal Castle is located in the center of Kraków, Poland. Wawel Royal was built by order of King Casimir III the Great, including many architectural works located around the main courtyard in the Italian style. This is one of the largest castles in Poland, representing almost all medieval European architectural styles such as Roman, Renaissance. The monarchs of Poland were here from the 14th to the 18th centuries. So, when you come to this castle, you will admire the royal and splendid royal jewelry.

In the 11th century Bedzin castle was built of wood, but by the 14th century the castle was remodeled and rebuilt with stone playing now. Many battles took place here, but the castle’s strong stone walls protected its owners’ safety. 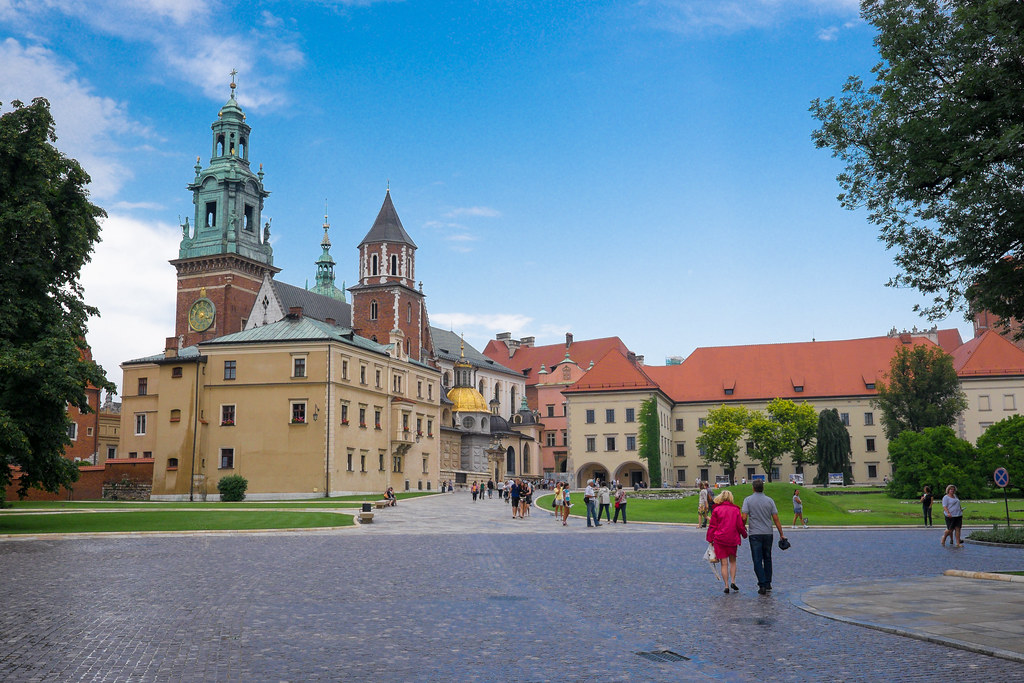 For many years, when Krakow was the capital, Wawel Castle in Roman architecture was where the royal family lived and ruled the kingdom. Located on Wawel Hill, this royal castle overlooks the beautiful old town. Inside the castle are exhibited many crowns and other valuable artifacts. 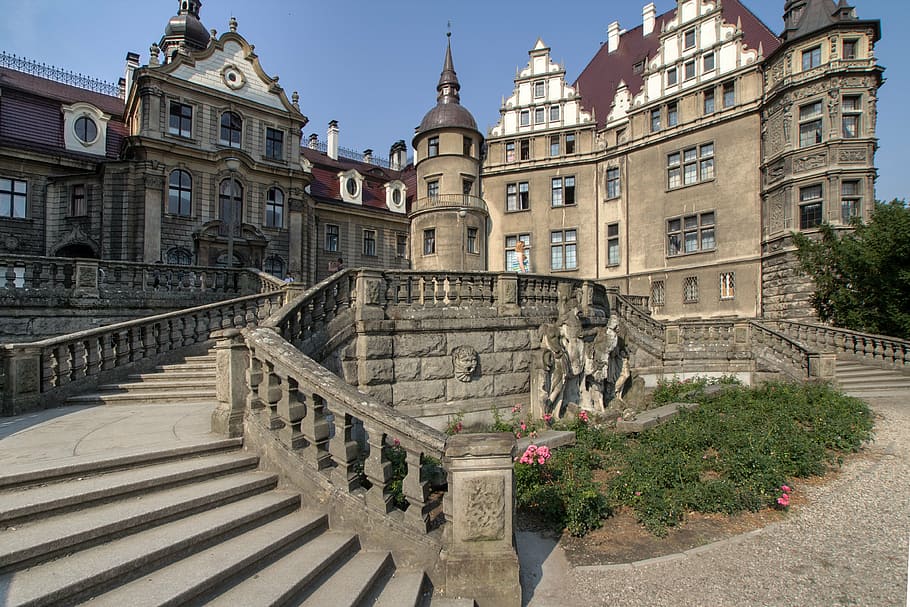 Built in the 17th century in Upper Silesia, Moszna castle carries traditional Baroque architecture, then was remodeled in Gothic and Renaissance style. The castle is like a scene from a fairy tale with 99 towers, often used as a prototype when drawing fairy tales. 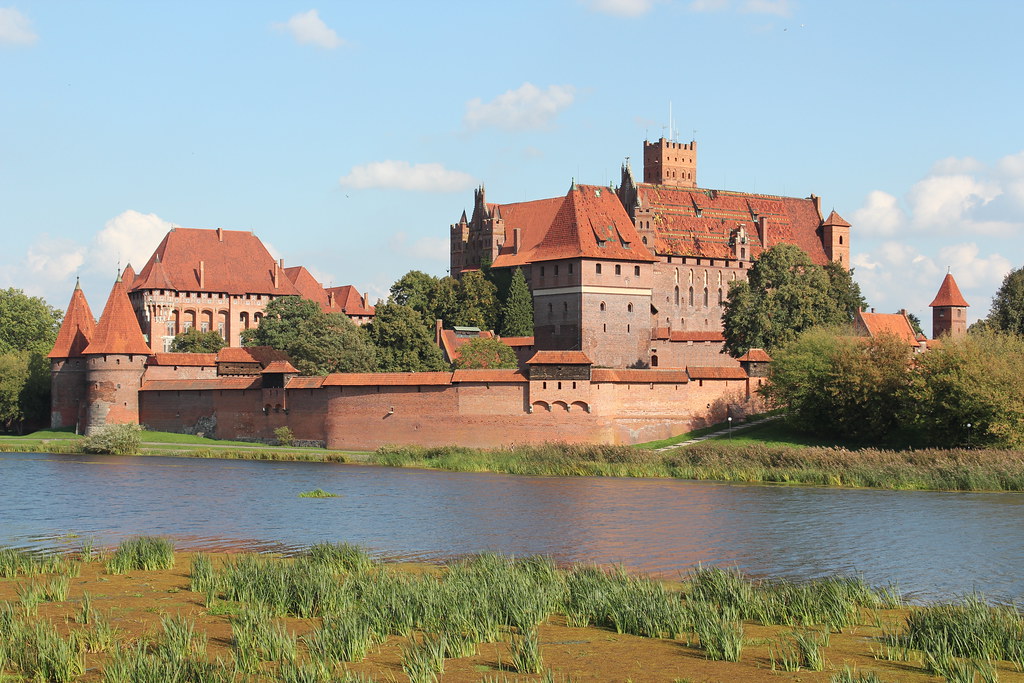 Around the 13-15 century, Teutonic knights built Malbork Castle as a residence and became a private fortress. Built on a peninsula between two important rivers, Malbork Castle has a perfect position in defense. 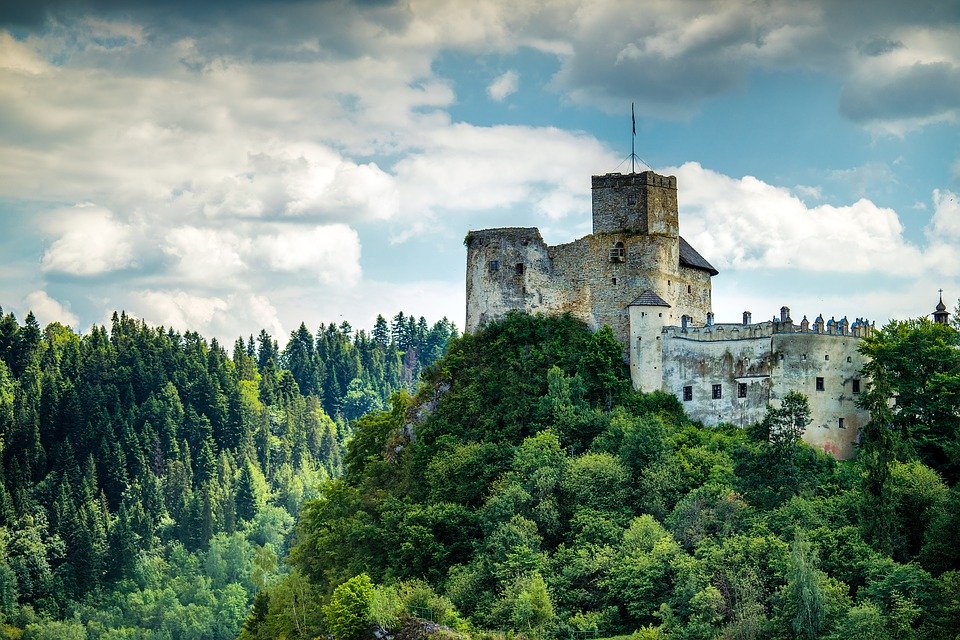 Niedzica Castle was built in the 13th century, both as a private residence and as a military outpost. Today this beautiful castle is home to activities that revive medieval culture such as jousting, dancing, and old-fashioned parties.

The magnificent castles here reflect a heroic past of Poland. If you have the opportunity to travel to Poland, do not forget to take the time to explore the most beautiful castles in Poland.

The best places to visit in Adelaide, Australia

[…] Romania boasts spectacular mountain scenery with numerous hiking trails, as well as beautiful, wild, natural landscapes thanks to the Carpathian Mountains. Medieval cities such as Sibiu, Brașov, and Cluj Napoca offer lots of cultural attractions and ways to spend your time. And there are plenty of well-preserved, impressive medieval castles such as Bran Castle also known by its touristy name Dracula Castle, Corvin and Peles Castle. […]

Reply
The best things to do in Romania 2022 – Travel your way | Best things to do | Best travel destinations | Road trip planner | Best countries to visit | Cheap places to travel – Your Travel Guide April 22, 2022 at 5:17 am

[…] Romania boasts spectacular mountain scenery with numerous hiking trails, as well as beautiful, wild, natural landscapes thanks to the Carpathian Mountains. Medieval cities such as Sibiu, Brașov, and Cluj Napoca offer lots of cultural attractions and ways to spend your time. And there are plenty of well-preserved, impressive medieval castles such as Bran Castle also known by its touristy name Dracula Castle, Corvin and Peles Castle. […]

This site can be a stroll-by way of for all the info you wanted about this and didn’t know who to ask. Glimpse here, and you’ll definitely uncover it.

This weblog seems to get a great deal of guests. How do you promote it? It gives a nice individual twist on things. I guess acquiring something useful or substantial to post about is the most important factor.

Impressive web site, Distinguished feedback that I can tackle. Im moving forward and may apply to my current job as a pet sitter, which is very enjoyable, but I need to additional expand. Regards