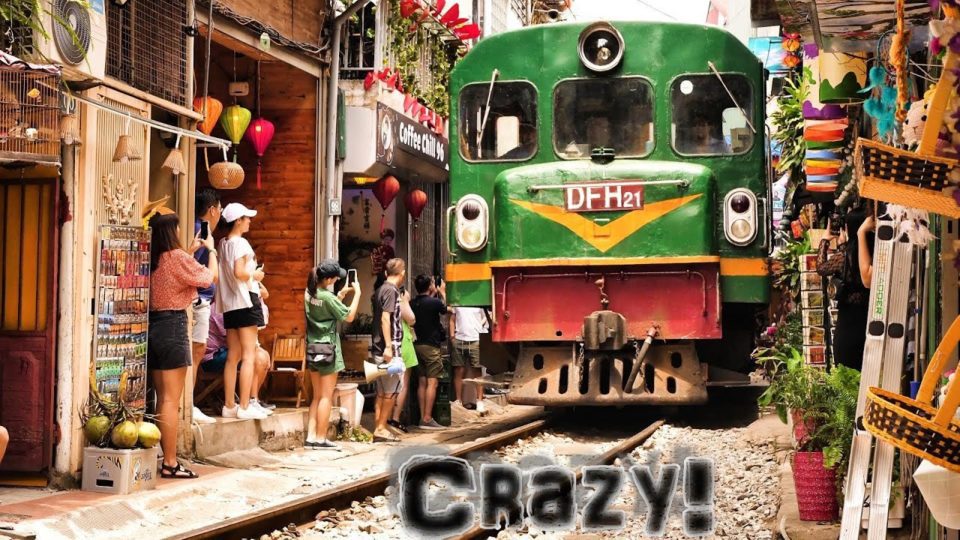 Railway authorities urged Hanoi to shut down selfie hotspots and makeshift coffee shops along its famous train street, a favorite hangout among foreign tourists, as a safety measure.

Hanoi Train Street is formed by railway tracks running alongside Dien Bien Phu and Phung Hung streets in the heart of Hanoi’s Old Quarter, with residential buildings just a few feet away on either side.

The highly unusual sight of a train running several hundred meters on these tracks fascinates tourists from within and outside the country.

Railway authorities said gathering crowds along the 300-meter-long railway section happened after the pandemic situation was brought under control in May.

Earlier, the railway sector had also asked the Hanoi administration to deal with such violations.

In 2019, Hanoi authorities shut down makeshift coffee shops along the train street and set up barriers to prevent tourists from entering the area to avoid accidents.

Since Vietnam reopened international tourism and resumed pre-pandemic visa policies in mid-March, the train street has begun to revive with the return of foreign tourists.

The best places to visit in Bright Victoria Australia 2022

Have you ever tried SCUBA Diving in Maldives ?

List of the best restaurants you should try in Saigon

Life on the Fly: On the Path of the California Golden Trout