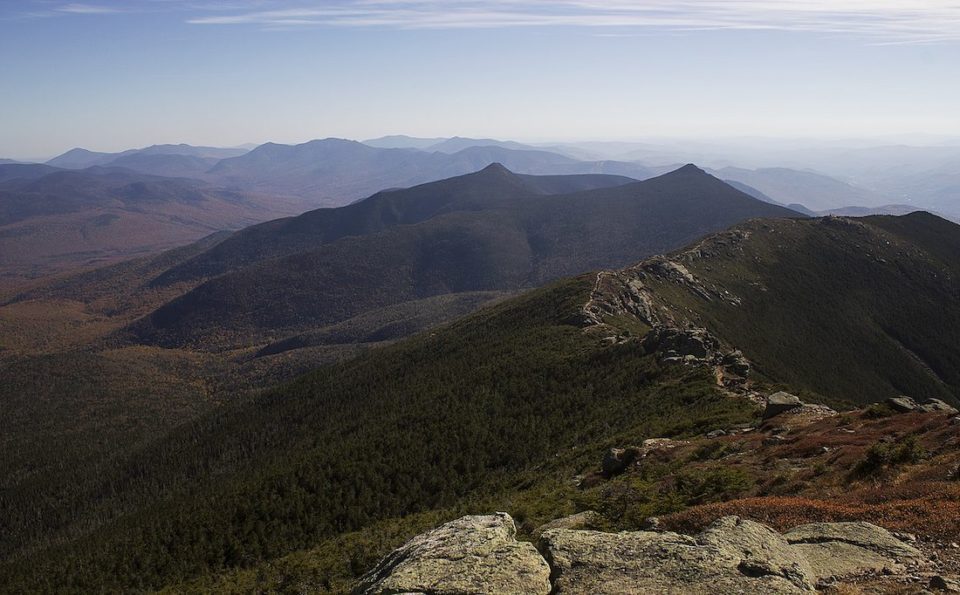 Back in June, in New Hampshire’s Franconia Notch State Park, two hikers got into trouble and called for Search and Rescue. After a seven hour ordeal, both trapped hikers were rescued. Authorities, though, charged the two hikers with reckless conduct for being so ill-prepared for their adventure. Jason Feierstin, 22, of Lowell, MA, and Dylan Stahley, 25, of Windsor, NH, entered guilty pleas to reduce their charge from a misdemeanor to a violation.

What was the problem? One of the hikers had gotten himself trapped beneath a ledge looming over a cliff. He was the one who called for help. Meanwhile, the other hiker was also stuck, after climbing off-trail for awhile before realizing he couldn’t get himself down.

“Conservation Officers learned from the two hikers they had no plan for a hike that day. They were not familiar with the area, did not stay on any trail, and did not have any equipment or even footwear for entering such a steep and dangerous location, much less ropes, harnesses, or climbing gear.”

“The safety of rescuers is paramount in the execution of search and rescue missions. When people put themselves into hazardous situations needlessly or by being ill prepared, and put rescuers in harm’s way, they need to be held accountable,” said Lt. James Kneeland of the New Hampshire Fish and Game Department’s Law Enforcement Division.

It’s unclear whether this is a regular thing in New Hampshire, charging naive hikers who need a rescue with a crime, though if you’re clearly negligent and you need help, be prepared to pay for it whether or not you face charges. New Hampshire has for years stuck wilderness users who require extraction by SAR with the bill for their rescue. So it’s not a state you want to play fast and loose with that “SOS” button on your satellite messenger device. Not that you ever should.

You Want a Good Wheelset—Particularly You Newer Riders Out There