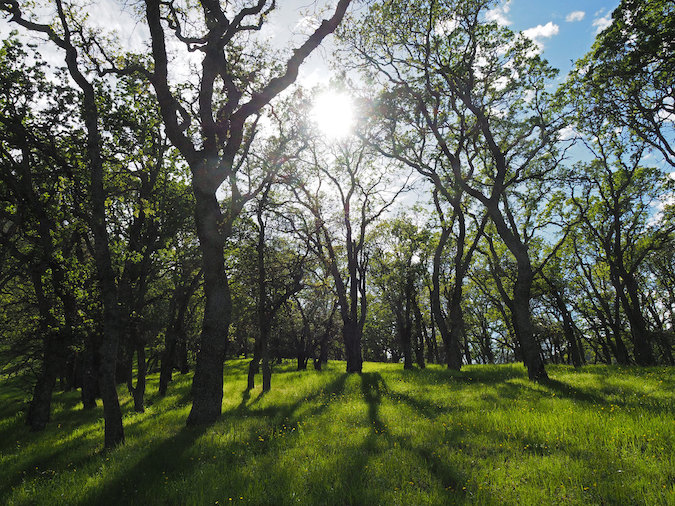 At an early age I went into the blue oak forest, fell under an enchantment and never left.

These remarkable woodlands on the flanks of Mount Diablo, in Northern California’s Contra Costa County, hold sway over my daily activities to this day. More than a second home, this place is a spiritual center for me, a land where the infinite and the intimate connect — and where I have been spoiled for any other.

I can never forget the first time I was stopped dead with aesthetic arrest, a pre-adolescent boy, hardly able to breathe in the face of the sublime beauty of this humble place. The epiphany from that first visit informed what was to become my life’s work as a naturalist and writer. It was not stirred by some epic vista like the Grand Canyon or under some enormous conifer in the Sierra Nevada but in a quiet grove of blue oaks at sunrise in the California spring.

It was probably a Tuesday. I remember the blinking blue eyes on the small wings of the buckeye butterflies (Junonia coenia) as they leapt up from under the knee-high grass at my approach. I remember the kaleidoscope of the orange monkey-flower (Diplacus aurantiacus), the golden violets (Viola pedunculata) and the purple of the black sage blossoms (Salvia mellifera) all reaching to the first rays of the morning’s red light. I remember the racket of so many songbirds, the nuthatches, titmice, wrens, kinglets, warblers, sparrows and others who could not be individually distinguished over the din. I remember dozens of bee species, some small, green and metallic (Agapostemon texanus) and some big, fuzzy and slow (Bombus californicus). I remember tarantulas, salamanders, the heady smell of mushrooms everywhere.

And the blue oak itself? It’s a modest if unruly deciduous tree that’s squat compared to the trees with which it often shares its woodlands, the sprawling valley oaks and the evergreen live oaks. It goes dormant in the rainy season after producing its crop of acorns, only to unfurl fresh, blue-green leaves in early spring that contrast the gray, often gnarled, furrowed bark of the trunk.

I emerged that day with the feeling that I had visited a secret world right in my backyard, a vibrant universe that had gathered around the offerings of the precious, arboreal habitat of the blue oak.

It wasn’t until a little later in life that I learned the names and details of those inhabitants, but I understand now that there was an unsettling paradox here: This ecosystem had long been well-equipped to weather natural, endemic disturbances but was now fragile to the onset of modernized, anthropogenic pressures.

This endemic woodland evolved to survive historic climate conditions that brought periodic fires, drought and insect outbreaks. But now that conditions are changing so rapidly the blue oaks (Quercus douglasii), a keystone species that can live as long as 700 years, are having a hard time keeping up.

The blue oak, you see, only thrives inside of a complex array of delicate, environmental conditions. Disrupt the finely tuned calibration of those conditions – foul the air, alter fire regimes, drain the soil of its richness — and the blue oak system begins to fray along with the thousands of species that rely on it.

A 2016 U.S. Geological Survey study found that in the past 30 years more than 40% (over 500 square miles) of blue oak woodland was lost or degraded due to drought, fire and development. Today the distribution of the moderately sized blue oak is confined to a nearly continuous ring around California’s Central Valley. The Goldilocks zone for this endemic tree, between the valley grasslands and the montane forests, can range from sea level up to 6,000 feet. Depending on soil composition, latitude and slope orientation, the oldest and biggest trees are generally found between 2,000 and 3,000 feet. These drought-resistant and fire adapted trees thrive in shallow and rocky soils and generally avoid the rich and loamy soils of the valley floor favored by their bigger cousins, the valley oak (Quercus lobata).

But therein lies an important conservation dilemma: These are old trees, and this is an aging habitat type that is not progenerating nearly as robustly as it once did. This sad state of affairs is not primarily because of habitat loss or even climate breakdown due to global warming, but mainly because of the effects of cattle grazing and invasive grasses. The Eurasian grasses that have steadily expelled the native grasses of California over the past several centuries tend to have much shallower roots than their endemic counterparts. Because of this, the grass competes with blue oak saplings for nutrients, including water, and blue oak seed recruitment continues to decline. With the added stress of more fire and increased drought, the result is that fewer and fewer young blue oaks ever make it to adulthood, raising doubts about the future of the species.

Internationally, the blue oak species has yet to be designated as being at serious risk, but the ecosystem it supports and the habitat systems it provides are so valuable that the diminution of the tree’s range and population need to be taken seriously. Researchers are now focused on identifying and prioritizing threatened areas of blue oak woodland and engaging strategies to restore woodland that has been lost despite growing aridity and air temperature and an increasingly severe fire regime. 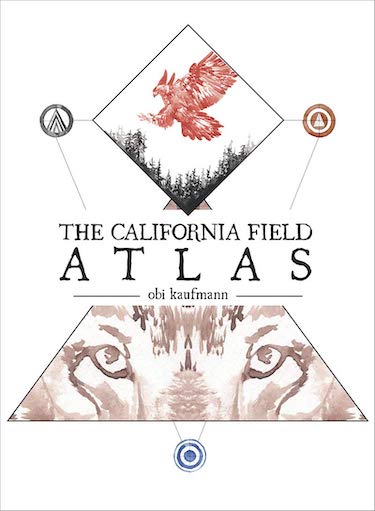 Blue oak has two good things going for it: Because the conditions it enjoys are generally unfavorable for agriculture, blue oak woodland is most typically utilized as rangeland. And because it is not good timber wood, old-growth blue oak habitat might be the most-common ancient woodland type left in the California. By studying the stress preventing blue oak recruitment, designating the habitat-type as threatened, and understanding why and where the habitat still exists in its pristine state, we have an opportunity to prevent the vanishing of this precious ecosystem.

And, importantly, by preventing the collapse of the blue oak woodland, the regeneration of so much biodiversity across California’s interior valleys remains not only possible, but probable.

So many decades after that first vision of beauty hit me out of a clear blue sky, I still live next to that radiant woodland, and I go every day to talk to my more-than-human friends and to listen to what they might have to say. In the protected lands of Mount Diablo State Park, I have noticed some seasonal diminishment of certain populations of flora and fauna due to 20 years of increasing aridity and prolonged drought, but this place is not subject to so many of the ravages that most blue oaks face elsewhere.

What I do find there, still in great abundance, is my own wonder at its staggering beauty. That connection that I feel with this living system offers a shield against so much despair and anxiety that so easily takes hold in this unfolding world. The enchantment inspires the protective impulse. I maintain the number one thing that the public can do to help in the conservation of this, or any other endangered ecosystem is to go there, to feel its beauty, to take it in to you and to let yourself fall in love.

This essay first appeared at The Revelator and is republished here with permission.

Suggested countries you should visit in 2023