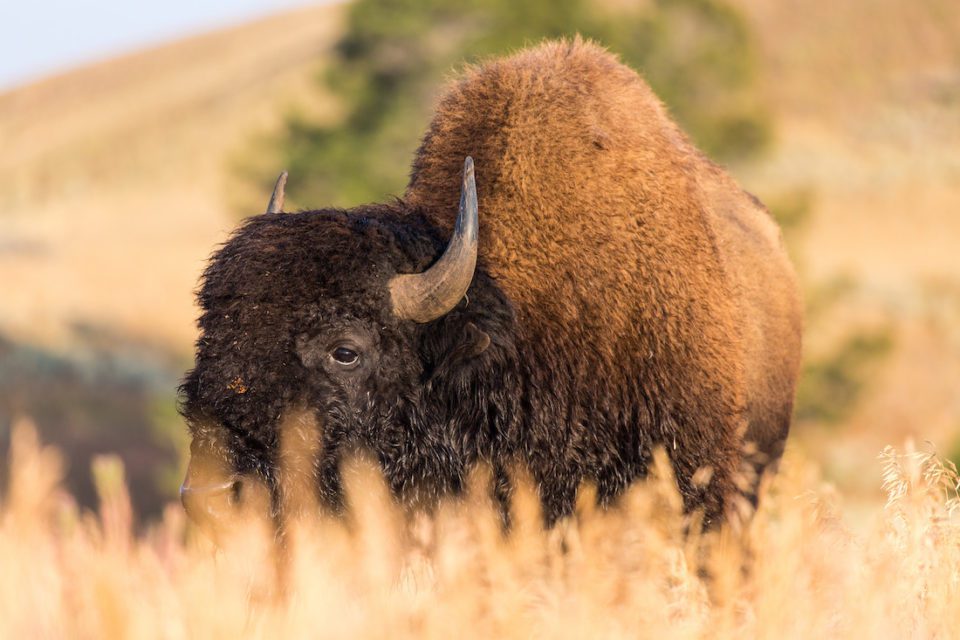 As human development spreads ever farther around the world, very few large ecosystems remain relatively intact and uninterrupted by highways, cities or other human-constructed obstacles. One of the largest exceptions is the Yellowstone to Yukon region, or Y2Y, which stretches more than 2,000 miles (3,200 kilometers) northwest from Wyoming into Canada’s Yukon territory.

For the past 30 years conservationists have worked to knit this huge stretch of land together under the Yellowstone to Yukon Conservation Initiative. Y2Y seeks to make room for wildlife in connected landscapes that give animals the ability to move across large areas – whether they are following age-old migration patterns or responding to a changing climate. 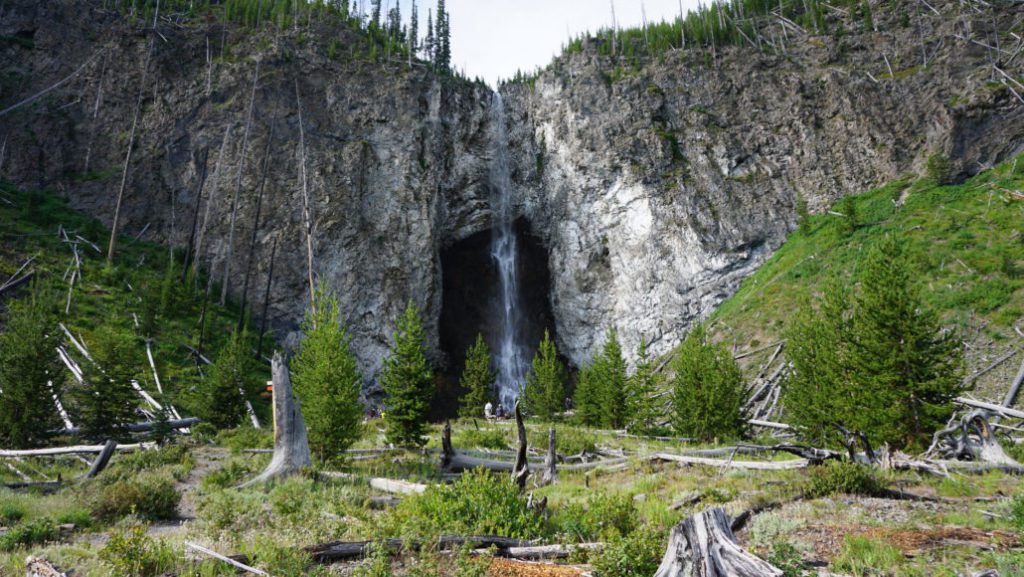 Throughout this huge region, hundreds of partners – conservation groups, private landowners, businesses, government agencies, tribes and scientists – have worked to knit landscapes together and make it possible for animals to move across it. Participants have constructed wildlife road crossings, conducted “bear aware” campaigns to reduce clashes between people and animals, placed conservation easements on private lands and supported Indigenous efforts to protect sacred spaces.

The Y2Y Initiative envisions an interconnected system of wild lands and waters stretching from Yellowstone to the Yukon, harmonizing the needs of people and nature. 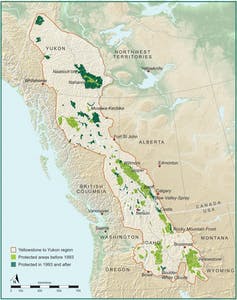 Thanks to these efforts, grizzly bears range farther in the areas near Yellowstone National Park than they did 30 years ago. Animals are wandering across 117 new wildlife road crossings safely instead of getting killed. And Y2Y is consistently highlighted as an example of how large-landscape conservation can work.

We study wildlife ecology and international cooperation for conservation and have both served on Y2Y’s board of directors. One of us, Charles Chester, serves as the U.S. chair of the Y2Y Council, which advises the Y2Y Initiative. We both have long worked to assess how large-landscape conservation initiatives such as Y2Y make a difference. Although the answer can be hard to quantify, we have identified a number of ways in which Y2Y has expanded the scale and effectiveness of conservation.

Inspired by a wolf

Y2Y was conceived by Canadian conservationist Harvey Locke in 1993 as nations were looking for ways to carry out their commitments under the Convention on Biological Diversity. Signed by 150 nations at the 1992 Rio Earth Summit, this sprawling document addressed conservation and sustainable use of natural resources, global equity and other goals related to protecting life on Earth.

Locke was inspired by the wanderings of a single wolf. On a rainy morning in 1991, Canadian biologist Paul Paquet captured and radio-collared “Pluie,” or “Rain” in French, near Banff National Park in the Canadian Rockies – the first time that a scientist had put a satellite radiocollar on a wolf. Over the next two years, researchers were astonished by Pluie’s wide-ranging movements over some 40,000 square miles (100,000 square kilometers) in Canada and the U.S. before she was killed by a trapper in British Columbia.

This lone journey clearly showed that conservationists needed to think beyond creating individual protected areas, like parks and wildlife refuges, for wide-ranging species and take larger landscapes into account. This approach aligned with the principles of the emerging field of conservation biology – the science of protecting and restoring all forms of life on Earth.

With several collaborators, we have worked to measure Y2Y’s conservation effects for the past five years. We used a counterfactual approach to compare trends in protected areas before and after the formation of Y2Y, and to compare Y2Y to regions without similarly broad visions in two areas of North America. Our analysis asked what would have happened without Y2Y by comparing the rates at which protected areas have expanded in the Y2Y region to other areas of North America without similar conservation visions.

We found compelling evidence that Y2Y has greatly increased wildlife protection across its region. From 1993 through 2018, habitat protection increased from 7.8% to 17.6% of the Y2Y region. Elsewhere in North America, protected areas grew by only 2.5% during the same period. 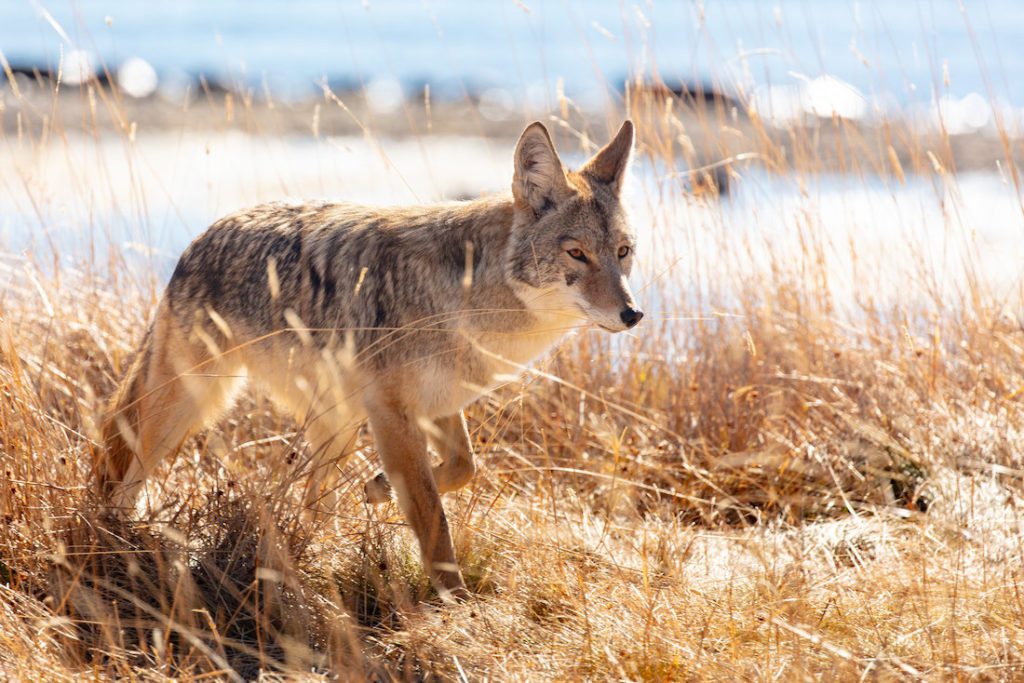 We also found that:

• Federally endangered grizzly bears expanded their range in the U.S. portion of the Y2Y region.

• Private land conservation in the region grew substantially; and

• Building at least 117 wildlife crossings gave the Y2Y region the highest number of such structures in the world, helping wildlife move around and making roads safer for people.

Y2Y is one of the world’s earliest and largest landscape conservation initiatives. Conservationists view it as a model of how conservation can work for all creatures, great and small.

In our view, perhaps Y2Y’s most significant accomplishment has been expanding the conservation community’s conception of how to do large-landscape conservation effectively and equitably. Through connecting and partnering with hundreds of organizations and individuals who are working on focused conservation projects throughout the region, it shows how people and wildlife can thrive together.

The future of Y2Y

There is still much to do. In an internet-enabled economy, people can work from anywhere. Many are moving to the Y2Y region for its natural beauty, abundant wildlife and outdoor activities. Ironically, Y2Y’s success is generating development concerns.

Logging, mining and fossil fuel production also present major challenges for protecting land. And climate change is altering conditions for people and wildlife throughout the Y2Y region. Y2Y and its partners have recognized this threat, but it remains to be seen how land conservation will play out in a highly altered landscape.

One key Y2Y priority is recognizing the rights of Indigenous groups, who often are pushed off of lands they have managed for years when outside groups come in and turn these sites into protected areas. This approach has become known as fortress conservation, because it seeks to protect places by building walls around them.

The Y2Y movement acknowledged the rights of Indigenous groups from the start, and is collaborating with them to establish several new Indigenous-led protected areas in the Y2Y region. These additions were led by and will be co-managed with Indigenous governments.

In the fall of 2022 international negotiators will meet in Kunming, China, for the second part of the 15th Conference of the Parties to the Biodiversity Convention. One of this meeting’s key goals is to finalize a working draft of a strategic plan for conserving global biodiversity for the next decade or more. 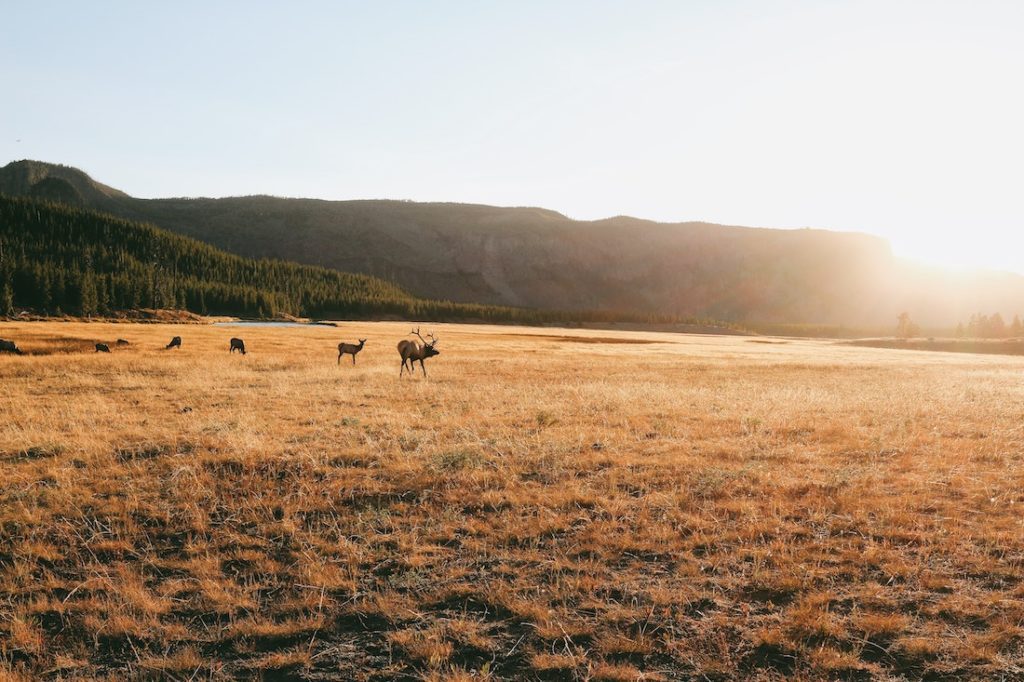 The current draft calls for protection of 30% of lands and seas worldwide by 2030, based on the growing science of area-based conservation. Achieving this goal would more than double the targets that nations agreed to in 2011 – 17% for land, 10% for seas.

Such goals might once have seemed out of the question, but initiatives like Y2Y show that they are attainable. As we see it, Y2Y is the right scale for effective conservation on a changing planet.

I real pleased to find this website on bing, just what I was looking for : D likewise saved to bookmarks.

I like this web site very much, Its a very nice situation to read and receive information. “No one wants advice — only corroboration.” by John Steinbeck.