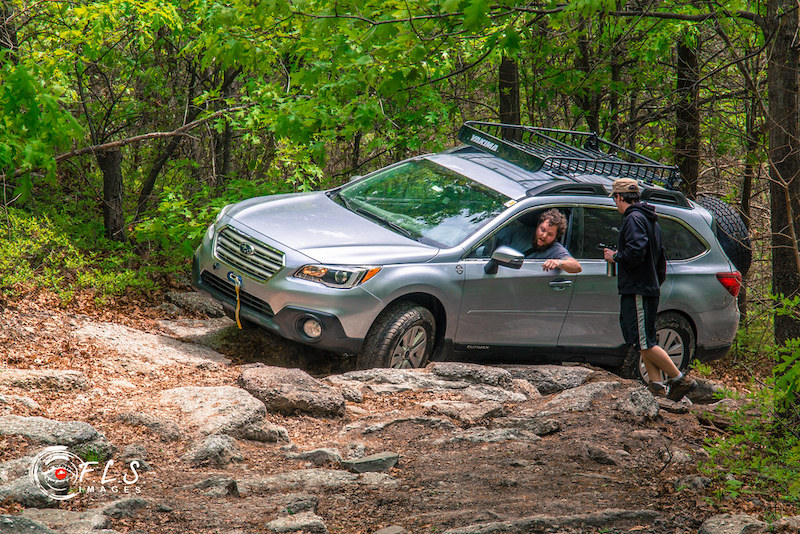 Unless you’re a search and rescue team member stationed near the backcountry and you need to be ready to drive over hell and back to assist people stuck in the middle of the wilderness at the drop of a hat, your adventure vehicle is for one thing, and one thing only: fun.

That’s it. Pure enjoyment, plain and simple. This is not serious work we’re doing, having adventures in vehicles in the great outdoors. We take it seriously, of course, because many of are cosplaying as big-time expeditioners when we trundle out to barely hard to reach campsites, YETIs and Goal Zero batteries in tow, and because people tend to obsess over things they like doing, but let’s not kid ourselves. We drive around on dirt roads and OHV trails because it is a fun thing to do and because those roads and trails take us to fun places to have fun. There is no greater meaning or purpose here.

Wanna know why I didn’t buy a 4Runner, Tacoma, or Jeep? Because I don’t like them and I don’t want one.

There is, however, a tsk-tsking mindset out there that there in fact is a *right* way to approach having a vehicle meant for off-pavement adventures. Or, more accurately, that there is a wrong way. That way is anything other than a heavily-built 4WD truck or SUV with solid axles and locking differentials. A Big Truck®. Preferably, one that actually grunts.

If you only have a Subaru, you’ll probably die out there, the argument goes, or, at best, you will have to drive slightly slower over obstacles, or, even worse, approach them without 100% certainty that your vehicle can make it over.

Oh my god, the thinking goes, what if you get stuck? Can you even imagine? The horror.

This my way or the highway mindset (literally in this case) loves to pick on Subaru (or other AWD) drivers for having the gall to not only drive their vehicles off road, but to modify them in order to (possibly) improve that off-road driving functionality. Just get a Jeep, they say. A 4Runner will run circles around your Subaru, no matter what you do to it! they like to exclaim. You ruined your gas mileage trying to make your Subie do what it can’t! is popular.

I know, because I read this kind of thing often. (Though rarely hear it in person, for some reason, hmmm). And my response is always the same: So what? It’s my car. I’ll do whatever the hell I want with it. Because it’s fun. It’s not like we accidentally end up buying Outbacks and Foresters. Wanna know why I didn’t buy a 4Runner, Tacoma, or Jeep? Because I don’t like them and I don’t want one.

Sure, TRD Pro Tacomas and 4Runners and Land Rovers and Wranglers and all the other 4x4s you can buy have transfer cases and may have locking differentials and low-range gearing. That’s all when and good, but you know what they don’t have? Moxie. A “to hell with what you think” terrier vibe that a Subaru, bounding its way over nasty forest service roads has. There is perhaps no greater joy for the driver of a not-serious adventure vehicle than to watch TRD 4Runner bros air down their tires at the entrance to gnarly trails or fire roads as you putter past them in your Subaru, giving them a doff of the cap and a wink.

The drivers of 4x4s, you know, proper 4x4s, love to point out how their rigs can easily make it up trails less capable vehicles can’t. That’s great. They’ll tell you that it’s much easier for a truck with 4-low to drag itself up and over a rutted out, rocky dirt road than it is for a Subaru. That a true 4×4 is the best, most efficient tool for the job, as opposed to an AWD car with a transmission that would prefer not to be crawling at low speeds with high revs.

True, but you know what’s even more efficient than a low-range transfer case and lockers? Hiking. A horse. Riding a mountain bike. If you’re really after the best possible way to get down this hypothetical boulder-strewn trail, why are you driving any kind of vehicle? 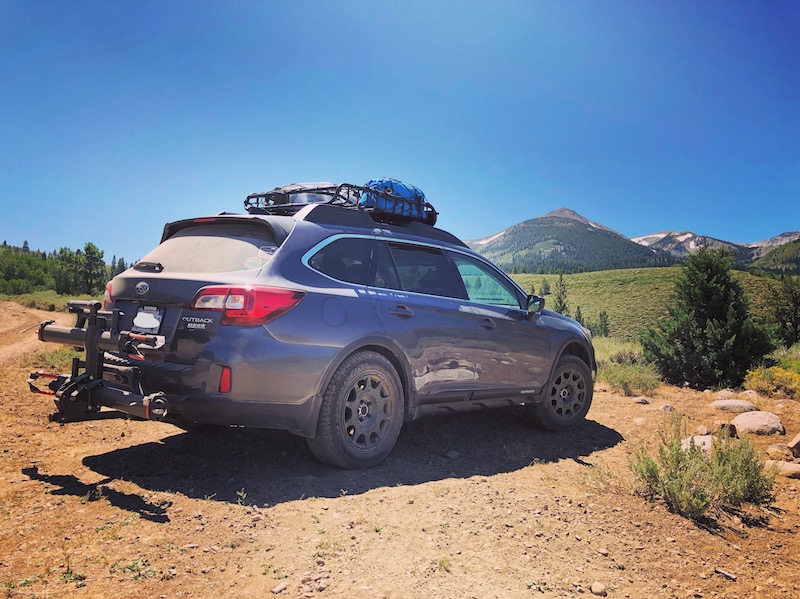 You’ll also often be told that it doesn’t matter what modifications you make, your little AWD pretend car won’t actually have any more capability, so limited is it by its fundamental design. Really? Huh. My Outback has a full underbody skid plate set up. Why? The first time I drove my favorite forest service road (which I won’t mention but which the internet will incorrectly tell you is COMPLETELY impossible in a Subaru) I scraped my oil pan on a boulder I couldn’t see in a stream crossing. So, when I got home, I ordered skid plates. The next time I drove that road, I discovered that even when I could see the boulder, my car didn’t quite have the ground clearance to comfortably clear it. So, when I got home that time, I ordered and installed a very modest 1.5″ lift kit.

Now driving on that road I don’t scrape anything and I clear all the boulders that gave me trouble before. Seems like more capability to me.

Will my CV joints fail earlier than they would otherwise because of the lift, another warning you’ll get from pearl-clutching 4×4 scolds? I don’t know. Maybe. Who cares? Stuff breaks. You fix it.

The first time I went deep into Baja, the late 1990s, the overland craze had yet to take hold. Nowadays, you’ll read plenty of articles about how you need a truck with über capable 4WD and air compressors and driving lights and brush guards and, and, and. Or you’ll die. We drove down in my buddy’s dad’s 2wd van. It ran mostly okay. We didn’t have GPS. We had a description of a sandy, rutted dirt road that would head somewhat westerly from the highway, for 3 or 4 hours. None of us gave a remote thought to needing 4WD. We did almost high center on a boulder on the way out, a weird accident that tore the sliding door from the van. We made it just fine. It was an adventure.

The second time, years later, I was in a friend’s 4Runner. We did some white-knuckled off-road exploring, looking for waves, always checking around the next bend in the barely there dirt tracks winding up the coast. We approached a steep river wash at one point that seemed a bit dicey, and with no cellphones to call for help (though who would we have called?) we agonized over proceeding. Then a Chevy Caprice sedan driven by a local fisherman came rattling along the road in the opposite direction, a lobster pot held to the roof with one hand, a cigarette between his lips, and a smile on his face as he crawled up the wash and passed us.

What does this Baja deal have to do with Subarus? Just drive your car. Whatever car you have right now — that can be your adventure vehicle. Maybe it will break. Maybe you’ll get stuck. Is that the worst thing in the world? Adventures have risks. You’re annoyed by seeing Subarus festooned with off-road equipment, as if it was at all your concern? As opposed to people being told they need more vehicle than they actually do? Weird. That it kicks ass in snow should be no surprise.

I’ve owned trucks, by the way. Had a jacked-up full-sized Bronco for years. I got stuck in it fairly often. I’ve been stuck zero times in my Outback.

If you wanna buy a Subaru, lift it, put beefy racks on it, steel brush guards, driving lights, and a spare tire mounted on the hatch? Hell yeah, go for it. It’s your car. This is just fun. Prefer a Landcruiser that can drive over the spine of the Sierra? Cool, you should get one of those. But if you’ll excuse me, I’ll be getting 26 mpgs in a car that’s as pleasant a daily driver as you could imagine, driving everywhere off-road I’ve ever wanted to go. I’ve written before that there is no such thing as the perfect adventure vehicle. I was wrong. I have it.

Curious about my build?

I’m running a basic setup that I would consider to be ideal to unlocking the full potential of the Subaru platform.

This gets you to roughly 10″ of ground clearance, and some good underbody protection. The tires, which I’ve reviewed before, have excellent road manners and do well off-road, especially in the snow. Driving lights aren’t exactly necessary, but they’re nice to have. The Subaru is spacious inside, but when camping with the family, a cargo basket is essential.