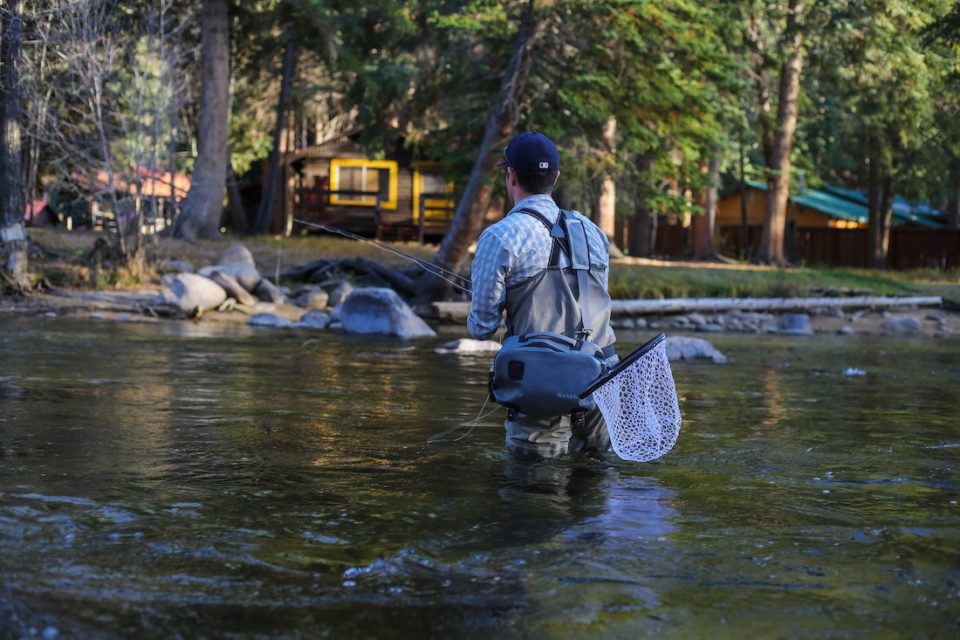 We ran a piece last week about “corner crossing” hunters who ran afoul of private property rights when that property crisscrosses public lands. We loved the lively discussion in the comments, so here’s another piece about public access, this time arguing for an angler who’s fighting against landowners who claim rights over the middle of a river running through, or along, their property. – Ed.

Eighty-year-old Roger Hill used to go fishing on the Arkansas River in Colorado. But he sometimes had to duck baseball-size rocks thrown at him by landowners who insisted he was trespassing. When he got back to his car, he sometimes found notes threatening him with arrest if he returned. Worse, a fellow fisherman was shot at by a landowner, who got 30 days in jail for the attack.

Rather than risking either injury or arrest, Hill sued the landowners, claiming that the bed of the Arkansas River is navigable. If that assumption is true, then Hill can legally stand on the riverbed and fish.

But Roger Hill’s fight is not just about his right to fish. It is about pushing back against the creeping tide of wealth-driven privatization that seeks to deny public access to our waterways and other public resources.

Here’s Hill’s case in a nutshell: When Colorado became a state in 1876, it entered the Union on an “equal footing” with other states. Among other things, the equal footing doctrine gives states title to the beds of all navigable streams within their borders.

As the U.S. Supreme Court explained in a case called Illinois Central Railroad v. Illinois, “it is a title different in character from that which the state holds in lands intended for sale….It is a title held in trust for the people of the state, that they may enjoy the navigation of the waters, carry on commerce over them,and have liberty of fishing therein, freed from the obstruction or interference of private parties.”

History buffs might be interested to know that these public rights in navigable waterways date back at least to the time of the Roman Empire.

You might assume that Colorado would join this case on Hill’s side. Instead, the opposite happened. Attorney General Phil Weiser, a Democrat, joined the case on the side of the private landowners and has moved aggressively against Hill, seeking not just to deny his right to fish from the bed of the river, but also to claim that Hill doesn’t have the right to even be in court.

It is about pushing back against the creeping tide of wealth-driven privatization that seeks to deny public access to our waterways and other public resources.

At various times, Attorney General Weiser has somewhat astoundingly argued that there are no navigable rivers in Colorado, and that even if there were, the state may deny public access to navigable riverbeds. So much for the Supreme Court’s holding that the State holds title to the bed of navigable streams “in trust for the people, that they may … have the liberty of fishing therein.”

In Colorado, opportunities to get outside and explore are celebrated. For that reason, it is alarming that the state’s Attorney General seeks to deny public access to Colorado’s navigable waterways. If he were to prevail, Colorado would be alone among the 50 states — including all of its Western neighbors — in denying these rights.

Recently, the Colorado Court of Appeals offered Roger Hill a glimmer of hope that Attorney General Weiser can be stopped. The court held that Hill has standing to pursue his claim in state court and made the important finding thatIf “the relevant segment of the river wasnavigable at statehood, then the … defendants do not own the riverbed and would have no right to exclude [Hill] from it by threats of physical violence or prosecution for trespass.”

Although it seems unlikely, Attorney General Weiser now has an opportunity to switch sides and support public rights in navigable waterways, including Roger Hill’s right to fish while wading the bed of the Arkansas River. Coloradans should expect and demand that he do so.

The Colorado Constitution proclaims that “water of every natural stream … within the state of Colorado, is … the property of the public…” When the framers dedicated Colorado’s natural streams to “the use of the people” they surely did not expect that the state’s attorney general would aggressively try to block public use.

Mark Squillace is a contributor to Writers on the Range, writersontherange.org, a nonprofit dedicated to spurring lively conversation about the West. He is the Raphael Moses Professor of Natural Resources Law at the University of Colorado Law School, and he and Alexander Hood are representing Roger Hill, pro bono.

Top places to visit in Dorset England in 2022

Bummed About the New Climate Report? You Need to Read This

The Objective of Journey Will Change as You Age