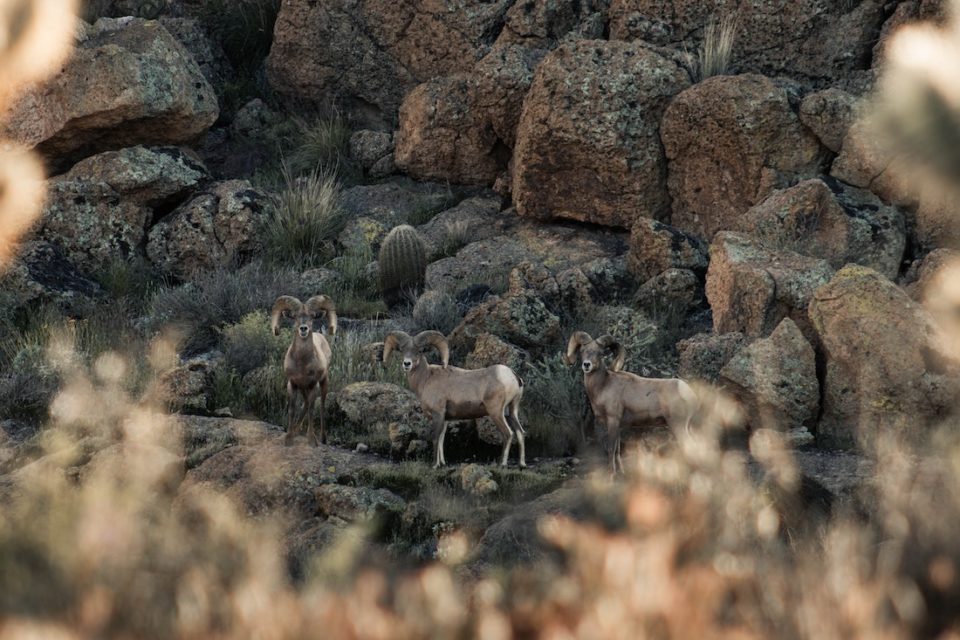 This may be a surprising story. It begins with a working group trying to save the last native bighorn sheep of Idaho’s and Wyoming’s Teton Range. Last fall it reached agreement after years of effort.

The coalition recommended closing just over 20,000 acres of high-country public land during the winter. The proposal was a compromise, balancing the survival needs of the bighorn with the “stoke” desires of backcountry skiers.

The sheep would get about half of the high-quality winter Teton range; skiers would lose access only to about 5% of what they had identified as prime skiing terrain.

It seemed as if the skiers came out on top in the deal, and a majority of the backcountry skiing community accepted the compromise without complaint.

That is, until a handful of vocal skiers lashed back, launching a campaign to convince federal land managers to preserve all access, bighorns be damned.

The unwillingness to give up even a sliver of terrain to help a nearly extinct herd of wild animals reeks of the access-greed that puts the “wreck” in wreckreation. It’s also a prime example of what you might call the public land paradox: The growing belief that because all Americans are part-owners of the public lands, we all are entitled to do as we please on those lands, regardless of impacts.

Bighorn sheep were once abundant across the Mountain West, migrating for miles to follow the forage. Habitat destruction, fragmentation of migratory paths, disease, climate change, competition from non-native and domesticated ungulates, and, well, humans in general, have shrunk their range and winnowed their numbers.

The Teton Range’s bighorn sheep, hemmed in by humanity, stopped long-distance migration eight decades ago. The last remaining herd, numbering just 100 to 125 animals, is on the edge of dying out. That’s why, in the 1990s, state and federal wildlife agencies, biologists, and advocates formed a working group to figure out how to save the herd.

In the decades since, a growing number of recreational users have penetrated farther and farther into the backcountry – and into the bighorn’s winter range. “Quiet,” non-motorized forms of recreation were once considered benign, but a growing body of research suggests that even hiking and skiing can have a deleterious effect on wildlife. In 2014, a University of Wyoming researcher found that bighorn sheep avoided backcountry recreation areas, resulting in a major loss of their habitat.

Findings like that might warrant closure of all of the Teton bighorn’s remaining winter range. In the spirit of collaboration, the working group instead suggested the skier-friendly compromise.

But even that, a Driggs, Idaho, skier said in a public meeting, was a “tough one to swallow.” A social media commenter added: “Smells like old people and communism to me.”

This sense of entitlement is widespread. In my hometown of Durango, the Bureau of Land Management shuts down a few areas for the winter to give wildlife a seasonal respite from humanity. And each year a few handfuls of hikers, runners and mountain bikers violate the closures, even though hundreds of miles of nearby trails remain open.

In 1995, the National Park Service banned rock climbing — voluntarily for individuals and mandatory for commercial guides — on Devils Tower, held sacred by Indigenous peoples, during the month of June to keep it free of humans during solstice-related ceremonies.

The outfitters not only balked, they also hired the Mountain States Legal Foundation — the litigating branch of the Sagebrush Rebellion and Wise Use movement — to sue the federal government. The Park Service backed down on the outright ban and asked people to refrain from climbing in June. Yet each year hundreds of people climb it.

In many ways, the access frenzy is a modern-day echo of 19th century colonialism, when white settlers seized Indigenous lands and ran roughshod over the public domain because, well, it was public. What they didn’t understand then, and many modern-day recreation-colonists don’t understand now, is that access to these lands is a privilege, not a right.

Yes, we do all own a little share of the public lands. But ownership comes with a responsibility of stewardship, not outright entitlement. Bighorn sheep have a right to live in the West, too.

Jonathan Thompson covers Western issues and is a contributor to Writers on the Range, a nonprofit dedicated to spurring lively conversation about the West.

A 7-day itinerary for Madeira, Portugal