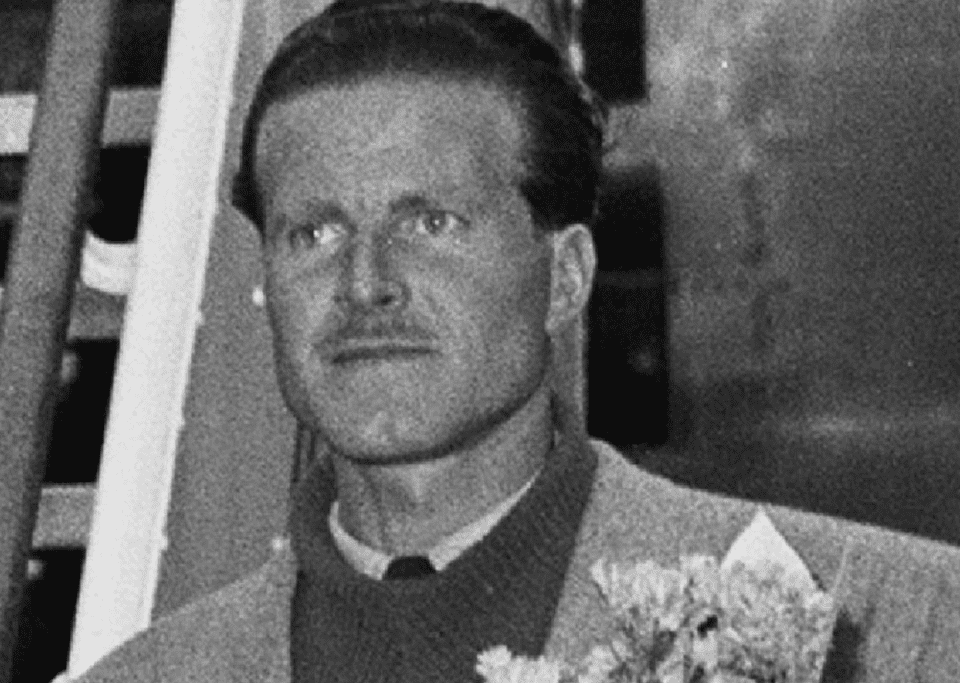 In 1963, Norman Dyhrenfurth, a German-born climber raised in Austria, Switzerland, and later, the U.S., led the first successful ascent of Mt. Everest by an American team. He passed away in Salzburg, Austria, at the age of 99 in 2017.

Born in 1918, the son of two climbers with experience in the Himalaya (for many years his mother, Hettie Dyhrenfurth, held the record for highest climb ever by a woman), Dyhrenfurth was climbing the high peaks of the Austrian Alps as a child. His family emigrated to the U.S. from Switzerland in flight from the Nazi regime in the 1930s and Dyhrenfurth continued his budding alpine career, scaling the Grand Teton in Wyoming, the Chugach Range in Alaska, and the White Mountains of New Hampshire. For a time, the square-jawed Dyhrenfurth worked as a mountaineering instructor.

As World War II consumed the globe, Dyhrenfurth became a soldier in the US Army, cementing his American citizenship. He later served in the U.S. Army, before teaching film at UCLA. Those skills took him even higher in his mountaineering feats.

In 1952, Dyhrenfurth was the cameraman for a failed Everest summit bid by Swiss climber Raymond Lambert, who nearly beat Edmund Hillary and Tenzing Norgay to Everest’s roof; Lambert and Dyhrenfurth turned back a mere 800 feet from the summit.

A decade later, Dyhrenfurth organized a massive team of climbers and porters to follow Hillary and Norgay’s route up the South Col. He spent two years planning and pulling together funds for the trip, at one point proposing the installation of a nuclear-powered weather station near the summit.

In all he selected 19 team members, including climbers and scientists that would try to head for the highest camps and the summit, and another 900 porters ferrying 26 tons of food and equipment.

The climb began in spring of 1963. As Dyhrenfurth’s huge team pushed upward, one member was killed by an icefall and several others became desperately ill with altitude-related ailments, but Dyhrenfurth’s pressed the group forward. On May 1, 1963, Dyhrenfurth selected James Whittaker, a Washington-based climber, to take a final push for the summit with Sherpa Nawang Gombu. Whittaker scaled the peak in terrific winds and nearly out of bottled oxygen to become the first American to stand on the top of the world.

Without Dyhrenfurth’s ability to plan the incredible logistics, select the team, and raise funds for the 1963 climb, it’s unknown when Americans would have first scaled Everest. What is known is the successful climb launched mountaineering as a mainstream sport in American culture, kickstarting a love affair with people ascending to the highest points across the globe, making celebrities and sporting heroes of people like Whittaker.

Upon their return to the U.S., Dyhrenfurth’s Everest team was celebrated by President John F. Kennedy, who presented them with the National Geographic Society’s Hubbard Medal. Life magazine devoted a cover story to the climb.

For many years after, Dyhrenfurth continued to serve as a mountaineering cameraman. He helped film alpine climbing scenes for 1975’s Clint Eastwood-starred The Eiger Sanction and Five Days One Summer, a 1982 film starring Sean Connery.

“Americans, when I first raised it, they said, ‘Well, Everest, it’s been done. Why do it again?’” Dyhrenfurth recalled in 2013 at an event celebrating the 50th anniversary of his legendary siege of Everest.

His team assembled, Dyhrenfurth struck out toward mountaineering immortality well aware of the risks of his long-planned Everest bid. “There is no guarantee we’ll make it,” he told reporters. “Anyone who does guarantee it is either a fool or a confidence man. We may fail.”

Instead, they climbed right into history.