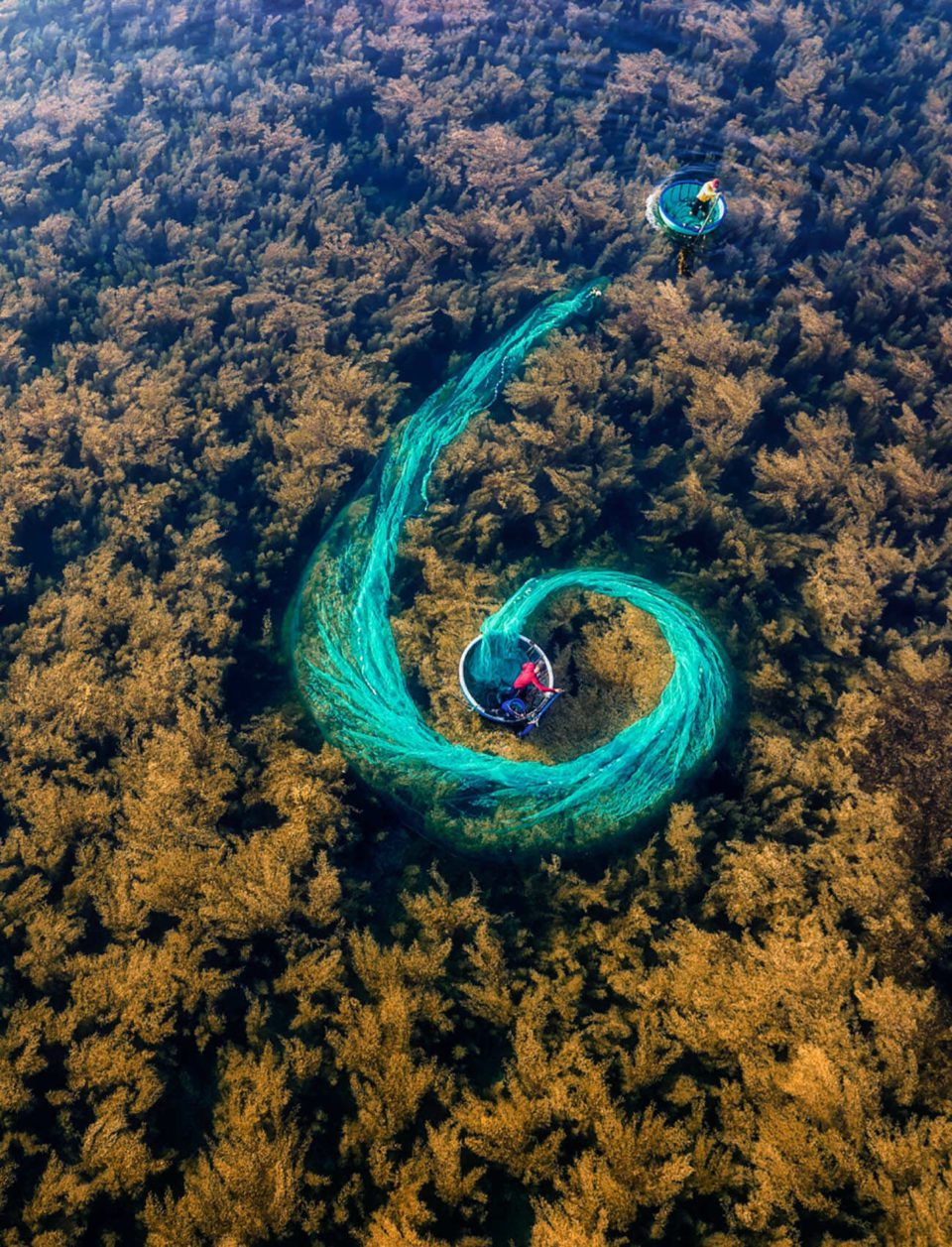 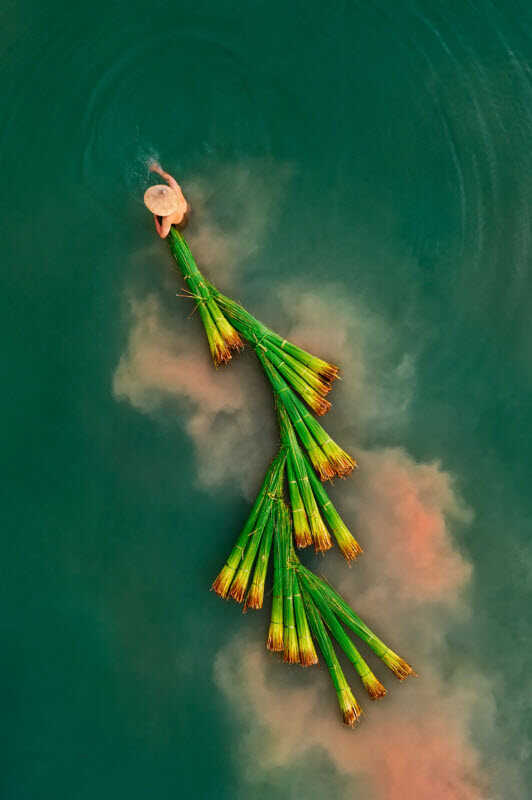 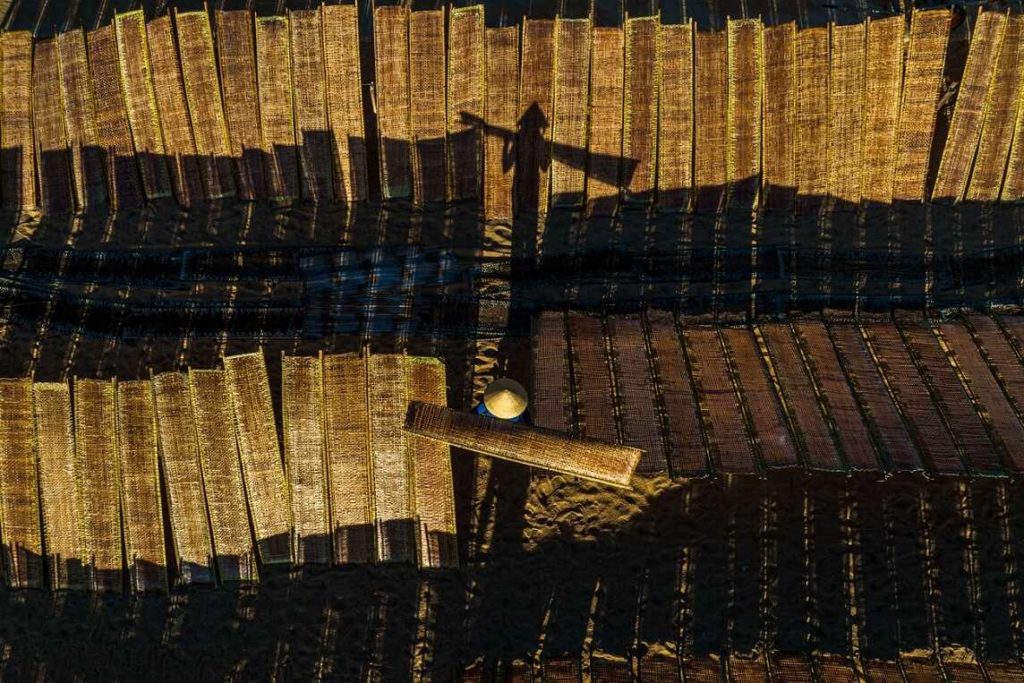 Nguyen Phuoc Hoai’s photo highlights traditional rice paper making in the central province of Binh Dinh. It captures the image of a woman in An Thai Village drying rice paper in her yard. The village on the bank of the Con River has been making dry vermicelli and rice paper for over 100 years. Rice is the main ingredient for making this type of paper, which is put on a bamboo griddle and brought out to dry in the sun. 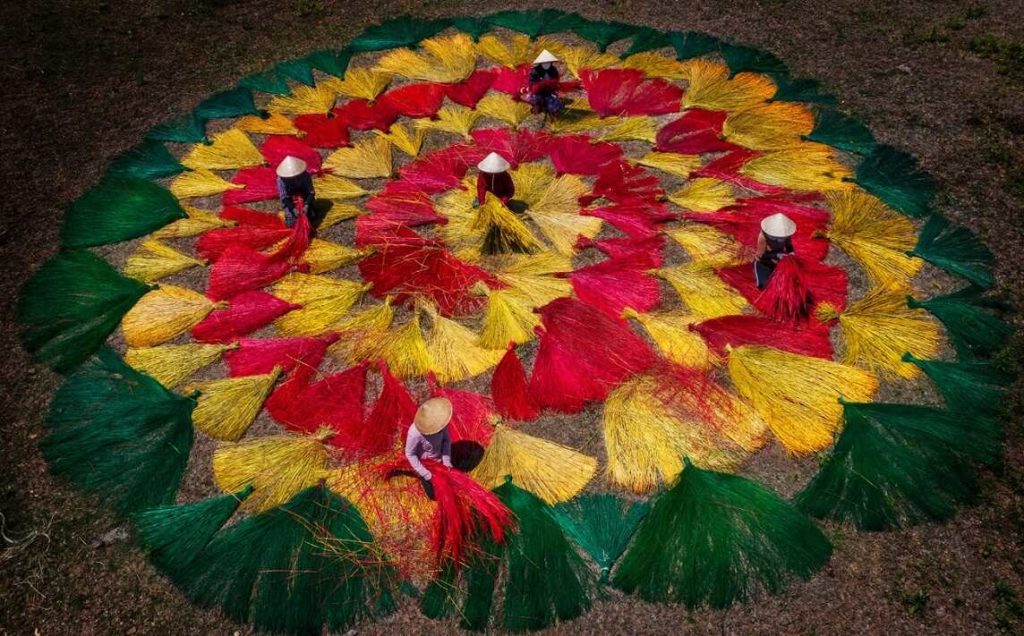 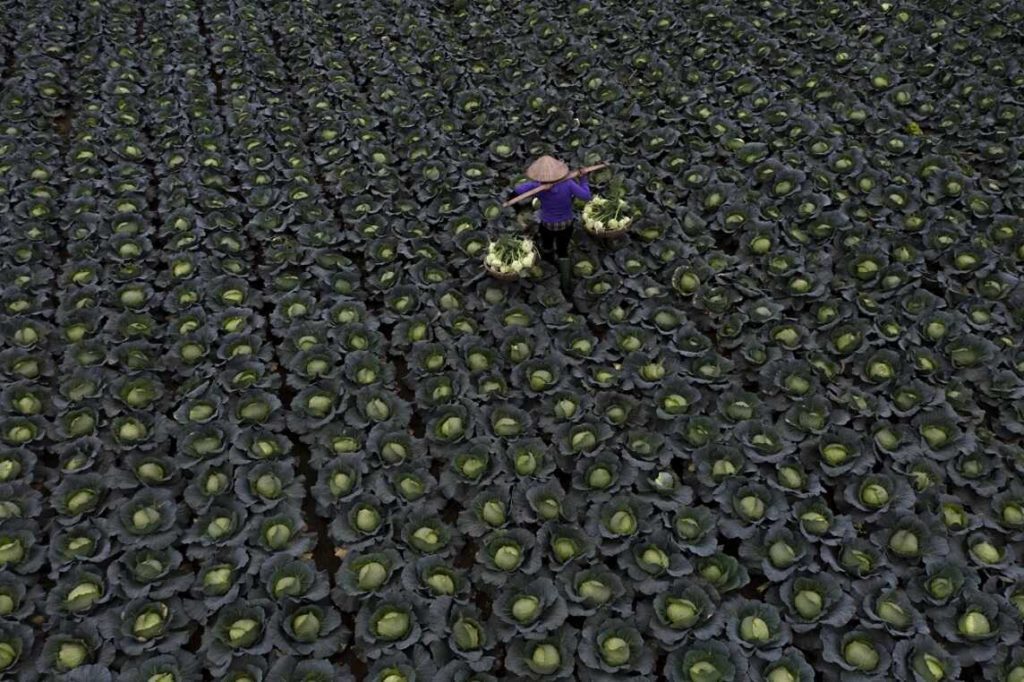 Lensman Nguyen Phuc Thanh’s shot shows a woman crossing a cabbage field during harvest season on the outskirts of Hanoi where vegetables for the city center are produced. “She crosses the field with her back to the observer while carrying two wicker baskets filled with ripe vegetables,” Thanh said. 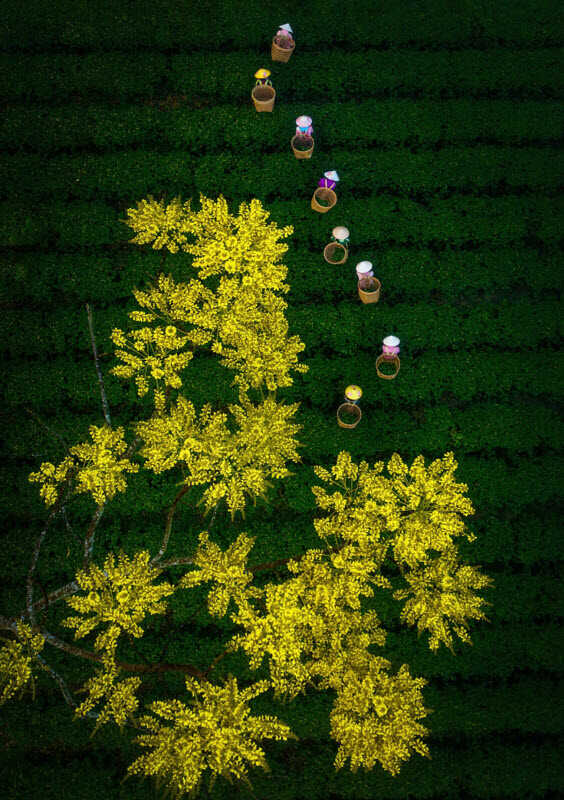 A shot taken by Pham Huy Trung shows a group of farmers harvesting tea leaves under the yellow canopy of blooming phoenix flowers on the outskirts of Bao Loc Town in the Central Highlands province of Lam Dong, famous for its vast tea hills. 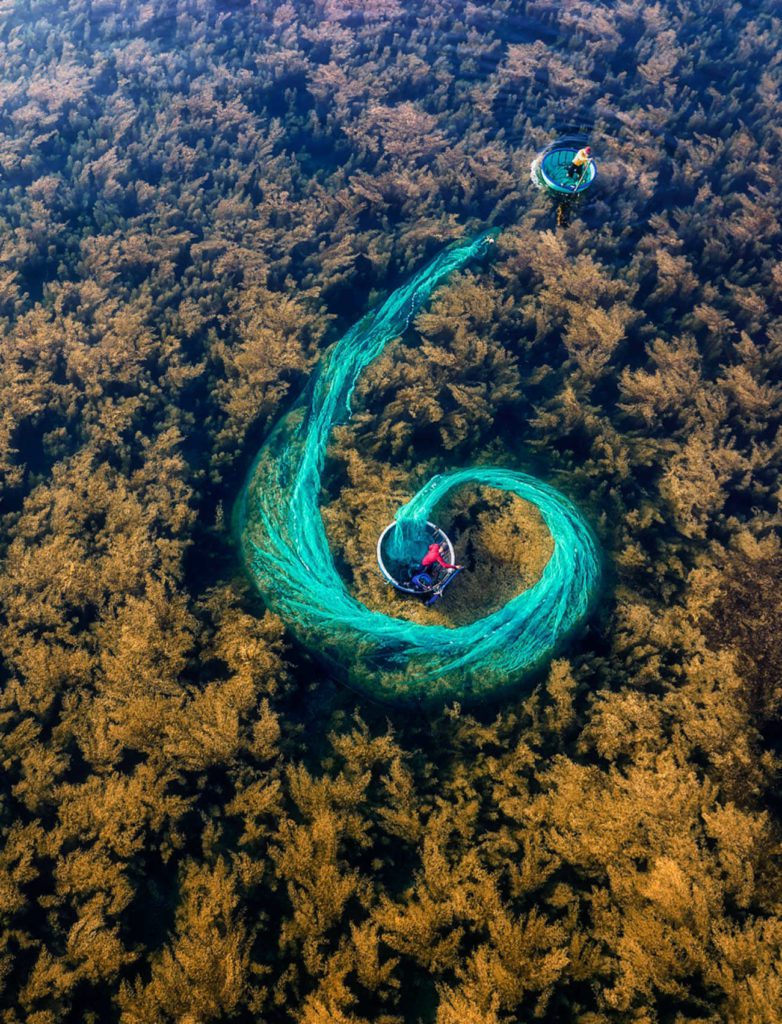 A shot captured by Nguyen Tan Tuan highlights the image of fishermen pulling out nets to catch squid hidden in the seaweed forest on Binh Chau coast in the central province of Quang Ngai. Binh Chau is a well-known coastal commune that deploys hundreds of offshore fishing boats. Near the coast, the aquatic ecosystem is extremely rich, with abundant seafood. From June to August is the busiest time of the year as local fishermen go out in their coracles to catch squid and seafood. Nguyen Ngoc Thien’s shot shows off an aerial perspective of anchovy fishing off the coast of Yen Islet in the central province of Phu Yen. Salted anchovies are considered a specialty of the central coastal region and used to produce the quintessential Vietnamese condiment – fish sauce. First held in 2015, the Drone Photo Awards is the most important worldwide competition of aerial photography and videography. The competition is open to work captured from fixed-wing aircraft, helicopters, unmanned aerial vehicles, balloons, blimps and dirigibles, rockets, kites, and parachutes.