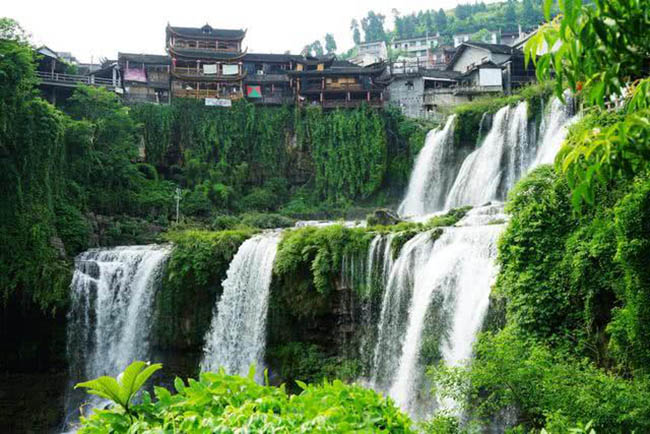 The scenery of the Furong’s ancient town is a masterpiece of nature. Just looking through the photos, it will make you want to visit immediately.

Currently, the tendency for tourists to look for natural landscapes where were kept ancient scenes is remarkably high. Especially the urban people often prefer places with peaceful rivers, lakes, and old houses, they don’t regret their money nor are they afraid of the remote roads to reach. Maybe such scenery has countless places in this world, but mentioning China cannot help mentioning Furong, one of the extremely beautiful towns on the top of the waterfall. 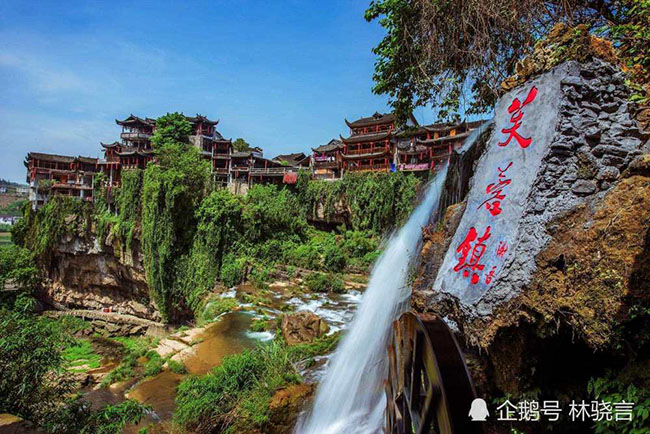 Furong is one of the few places with scenery that captivates people. This small town is located in Xiangxi Autonomous Region, Hunan Province and is known as one of the 4 most famous towns in this area. 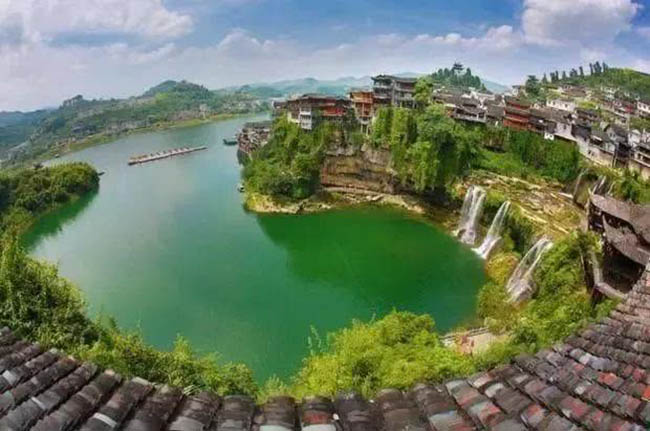 This small village has a long history that everyone admires. It is said that Furong village has a history of over 2,000 years, meaning it dates back to the Western Han period. Despite its modest area, visitors will feel the distinct historical atmosphere here. 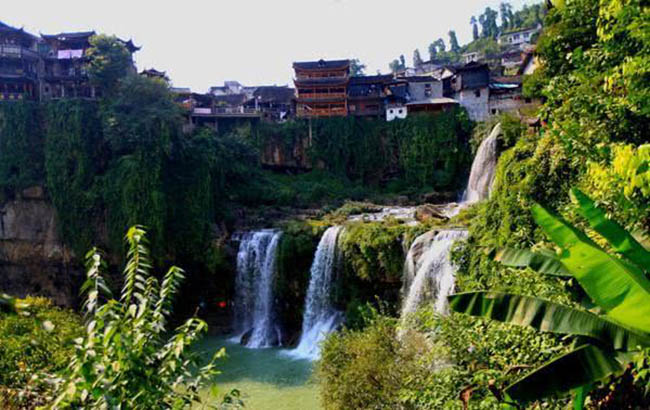 In stories told by locals, they said that their ancestors lived in hardship during the reign of Emperor Qin Shi Huang. Finally, one day, the people living at the end of suffering arose and launched a revolt to overthrow the Qin empire. At the same time, the world is also entering a time of chaos, everything engulfed in mourning and death.

At this time, some people think of hiding in a deep forest, where no one knows to separate from the present painful life. The village of Furong may have formed at that time. Those who came here found that this place was completely isolated from the outside world and so settled down, and the ancestors passed on to their descendants to this day. 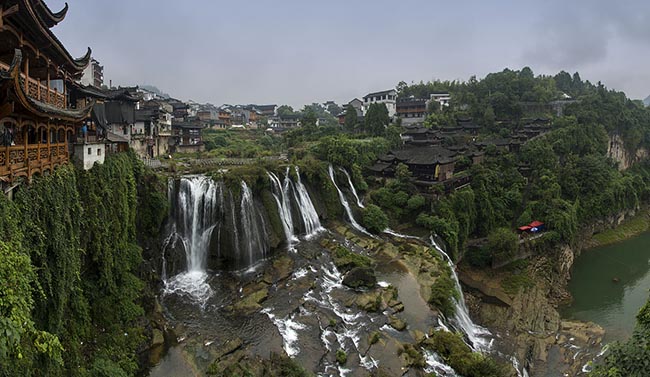 The most striking feature in the town of Furong is a huge waterfall. The landscape of this place used to have a lot of unspoiled mountains, but gradually more houses were built at the top of the waterfall. After millennia passed, the landscape also gradually changed, more and more people and other places began to come. 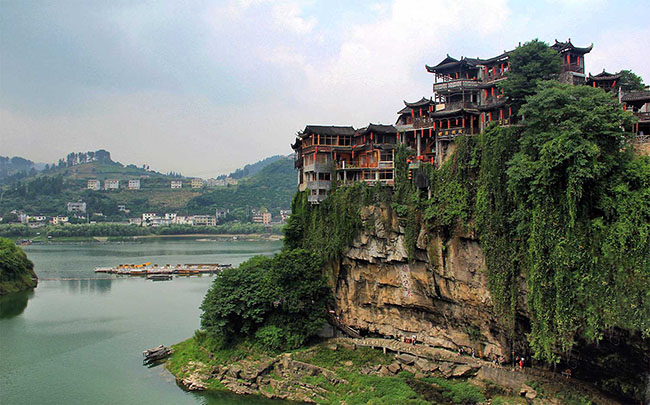 From a distance, visitors can see a very majestic waterfall. The waterfall is about 60m high, 40m wide, the scenery is really impressive, especially when lights up. In the photos shared on social networks, visitors can see the breathtaking views of this town. 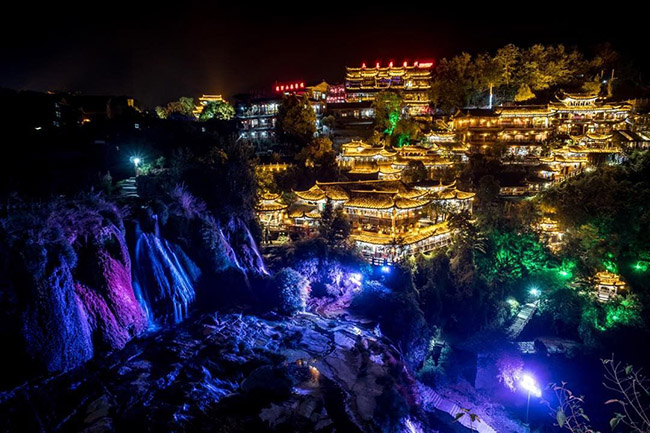 In a corner of this small village, there is a place called Tusi Xinggong, which is thought to be involved in the establishment of this small village. At that time, there was a very rich man named Tu Wang. After coming here, he spent a lot of money and effort to build a summer resort. After the construction is completed, the new village scale gradually forms and thrives. 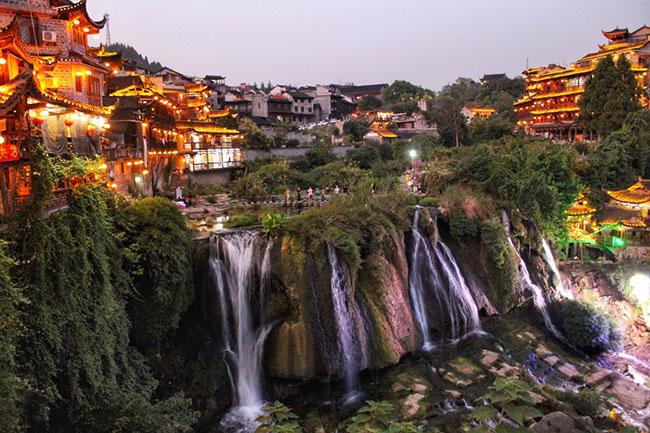 This summer resort has a very special place in the mind of the locals. Later, when Furong Village’s reputation developed, the summer resort was turned into a food and drink complex, becoming a symbol of the village. 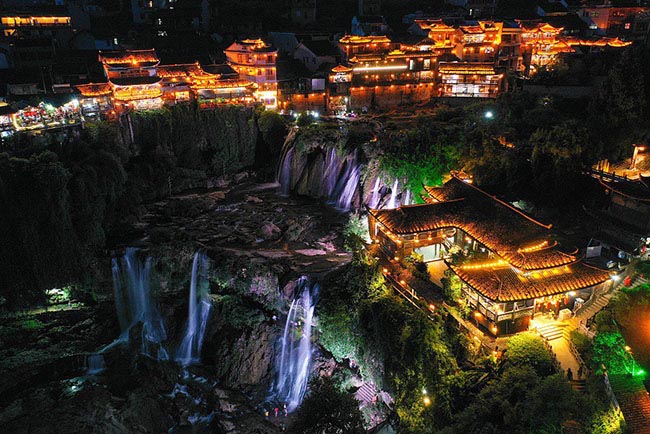 See more beautiful views of the Furong ancient town of  China by this video :

[…] The article was originally published at Source link […]