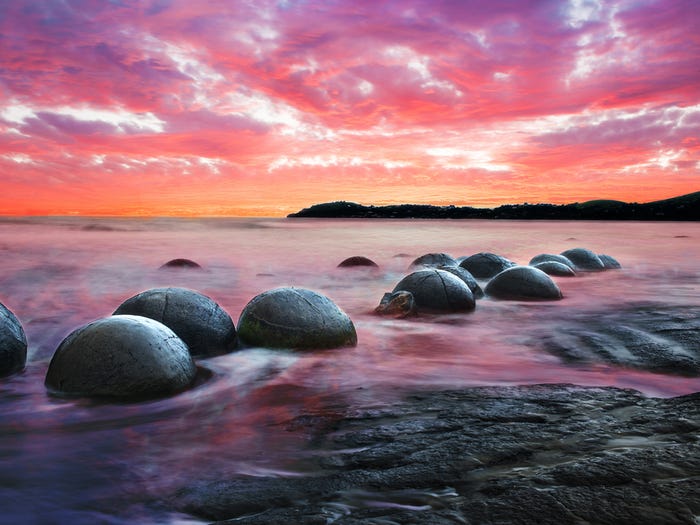 Let’s discover special beaches that look like on other planets to spend this summer! These beaches are not only beautiful but also extremely attractive by the impressive and unique impression.

Koekohe Beach is located on the Otago coast of New Zealand. It is very characterized by strange rock formations. According to local legend, this is the dragon egg or cocoon of aliens. In fact, these rocks dating back to 60 million years began to form in the seabed sediments. They can weigh up to tons. 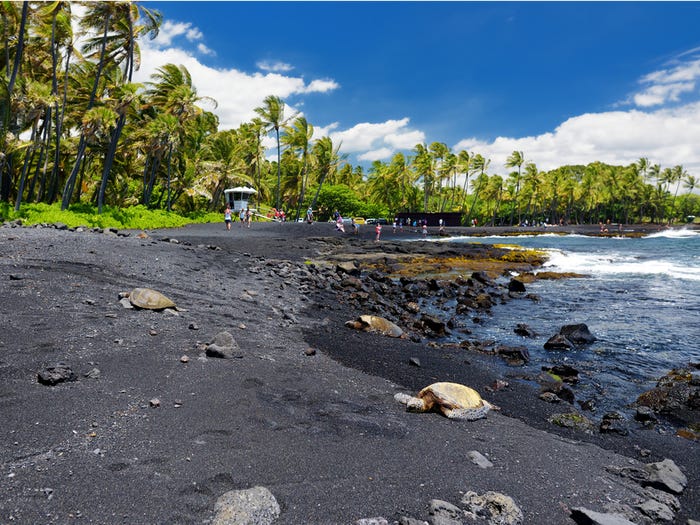 The small lava fragments are the reason why Punalu’u beach of Hawaii has black sand instead of yellow or white sand like all other beaches. In addition to the dark colors, the beach is also known for the turtles that can be found scattered everywhere. 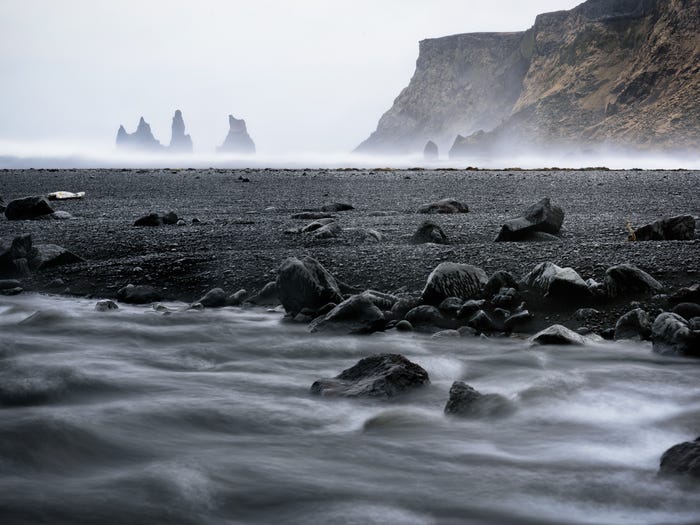 Vík, Iceland is famous for two things – the black beach and the rocks look dangerous. Like Punalu’u, Vík’s Reynisfjara beach is also has black sand. This village is also known for its impressive trio of basalt blocks jutting out of the North Atlantic. In Icelandic folklore, the three rocks are actually petrified demons in the sunlight. 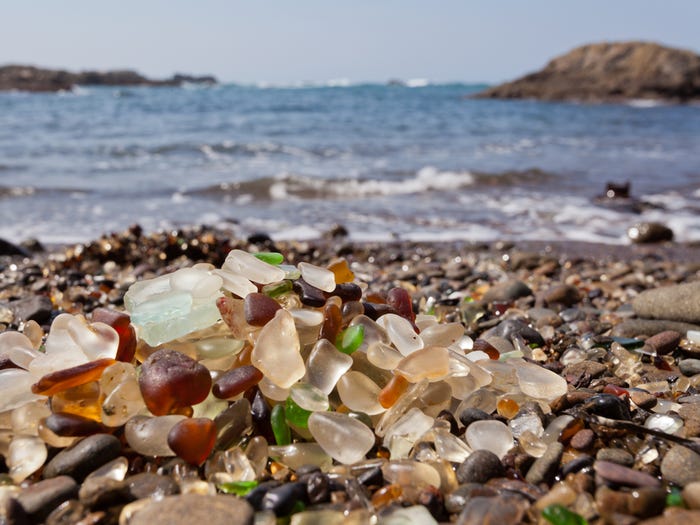 Once an old landfill, Glass Beach in Fort Bragg, California, proves that one person’s trash can be another person’s treasure. Between 1906 and 1967, Fort Bragg residents often dump their trash into the ocean by pushing it off the cliff of the city. Over the years, tidal currents have turned debris from the glass of abandoned cars, used equipment and other trash into stunning glitter glass. One of the rarest finds was the ruby ​​red glass from the rear lights before 1967. 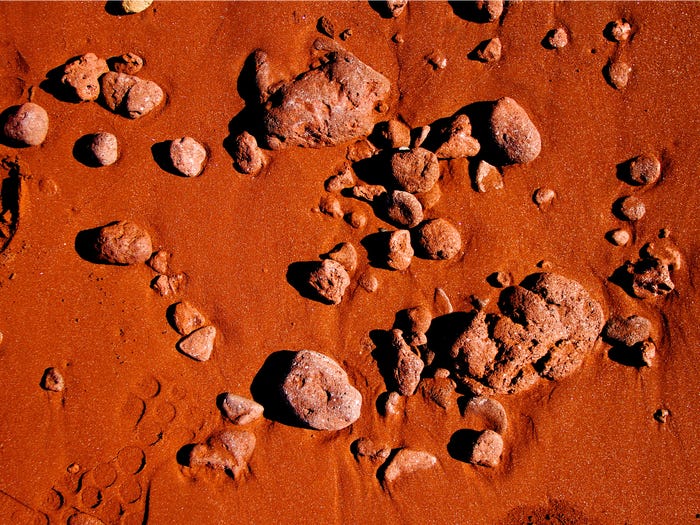 You may be mistaken for Red Sand Beach, located on the Rábida Island of the Galápagos Islands as the surface of Mars. This rust color comes from the high iron concentration in the island’s volcanic material. Although humans do not live here, Rábida is home to a wide range of wildlife, from the famous Galápagos sea turtles to sea lions and rays. 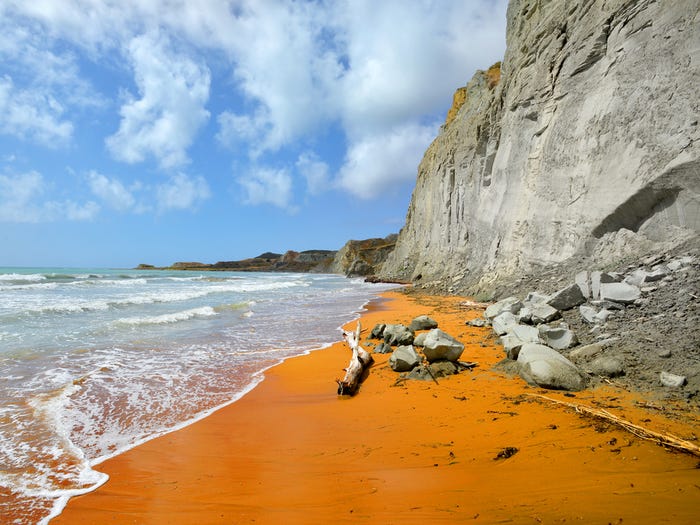 The picturesque beaches of this Greek archipelago are a major tourist attraction. Xi Beach, one of the most unique beaches in Greece will surprise visitors with the adjacent location of orange sand and white cliffs. 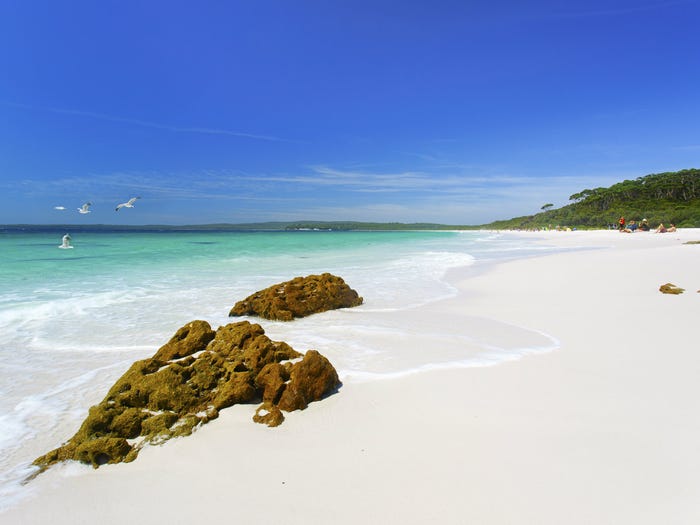 About 3 hours from Sydney, you’ll arrive at Hyams Beach on Australia‘s Janner Bay, which boasts the brightest sandy beach on the planet. In fact, the Guinness record has noted that the sand of Hyams is the whiteest in the world. 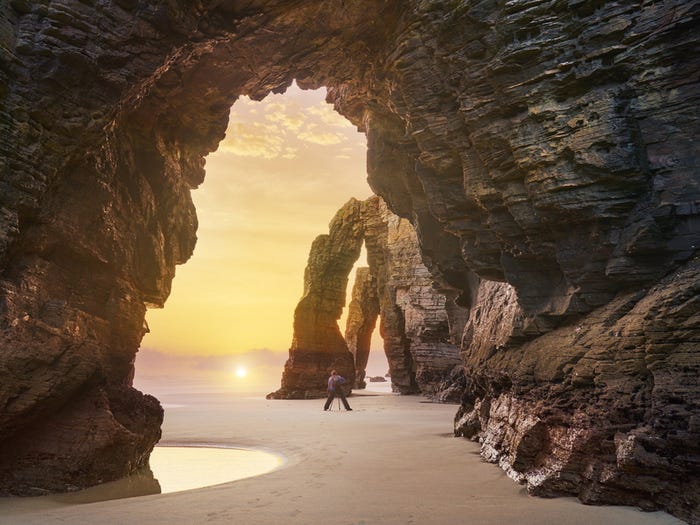 At first glance, you may think that humans built this impressive architecture, but in fact these stone arches are formed by nature. 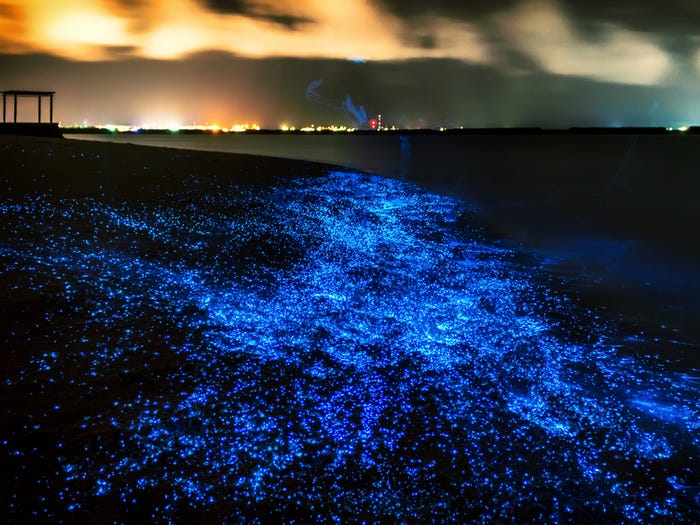 You will be amazed to admire this special beach of the Maldives. Plankton emit a sparkle thanks to the chemical luciferin in their bodies (the same compound that allows fireflies to emit light). In addition to the Maldives, plankton can be found in other locations around the world including Puerto Rico, Australia and New Jersey. 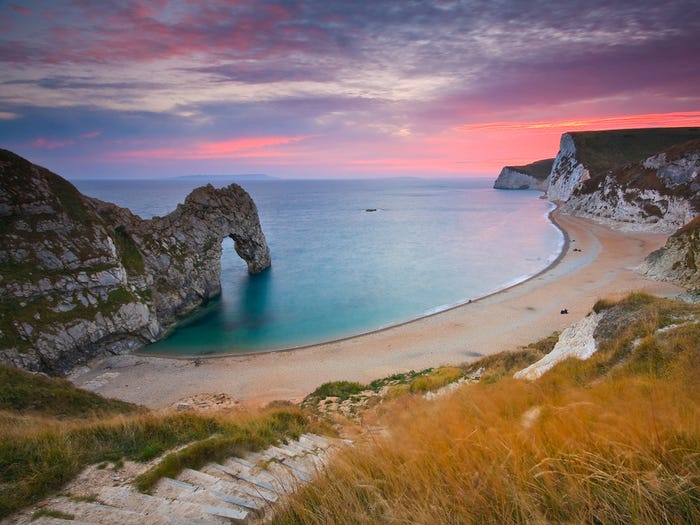 The cliffs of the coast date back 240 million years, and in addition to being incredibly impressive, they also yield important archaeological findings, including the bones of early amphibians, reptiles and dinosaurs.

From afar, Mexico‘s Hidden Beach – also known as Love Beach (Lover’s Beach) seems to be nothing more than a loophole. But the void is actually the entrance to a sand cave on the Pacific coast. 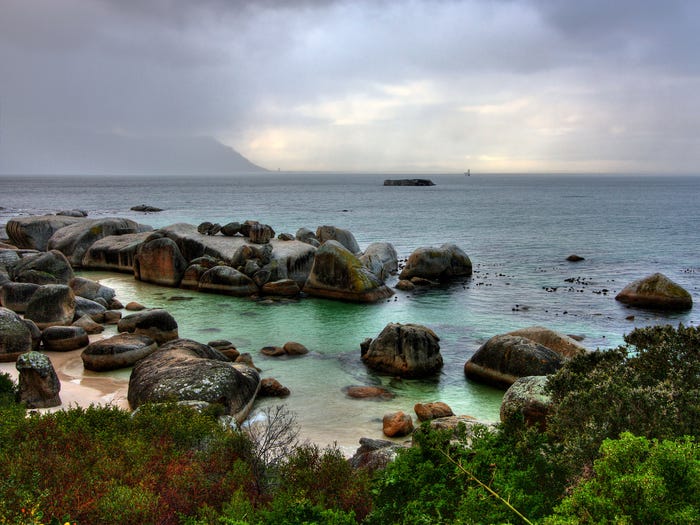 Boulders Beach of Cape Town, located near Table Mountain is known to be home to penguins.

Loving the information on this website , you have done outstanding job on the articles.

Thanks for sharing excellent informations. Your site is very cool. I’m impressed by the details that you have on this blog. It reveals how nicely you perceive this subject. Bookmarked this website page, will come back for more articles. You, my friend, ROCK! I found simply the information I already searched all over the place and just couldn’t come across. What a great web site.

Hi! Quick question that’s completely off topic. Do you know how to make your site mobile friendly? My website looks weird when viewing from my iphone 4. I’m trying to find a template or plugin that might be able to fix this problem. If you have any suggestions, please share. Thanks!

Hi there this is somewhat of off topic but I was wanting to know if blogs use WYSIWYG editors or if you have to manually code with HTML. I’m starting a blog soon but have no coding experience so I wanted to get advice from someone with experience. Any help would be enormously appreciated!

What i do not understood is actually how you are not really much more well-liked than you may be now. You’re so intelligent. You realize therefore considerably relating to this subject, produced me personally consider it from numerous varied angles. Its like women and men aren’t fascinated unless it’s one thing to do with Lady gaga! Your own stuffs nice. Always maintain it up!

I genuinely enjoy studying on this website, it has got superb content. “And all the winds go sighing, For sweet things dying.” by Christina Georgina Rossetti.

I really enjoy the blog post.Much thanks again. Fantastic.

I really enjoy the blog.Much thanks again. Keep writing.

Thanks a lot for the blog.Really looking forward to read more. Really Great.

You made some clear points there. I looked on the internet for the subject and found most guys will approve with your site.

Way cool, some valid points! I appreciate you making this article available, the rest of the site is also high quality. Have a fun.

It?¦s really a nice and useful piece of information. I am satisfied that you shared this helpful info with us. Please stay us informed like this. Thank you for sharing.

Great awesome issues here. I?¦m very glad to see your post. Thank you a lot and i am taking a look forward to touch you. Will you please drop me a e-mail?

Good – I should certainly pronounce, impressed with your site. I had no trouble navigating through all the tabs and related information ended up being truly easy to do to access. I recently found what I hoped for before you know it at all. Quite unusual. Is likely to appreciate it for those who add forums or something, site theme . a tones way for your customer to communicate. Nice task..

Whats Happening i’m new to this, I stumbled upon this I’ve found It positively useful and it has aided me out loads. I’m hoping to give a contribution & assist other customers like its helped me. Good job.

I am impressed with this internet site, really I am a fan.

I’ve been browsing on-line more than three hours lately, yet I never discovered any fascinating article like yours. It?¦s pretty worth sufficient for me. In my opinion, if all website owners and bloggers made just right content as you probably did, the web might be a lot more helpful than ever before.

I?¦m now not sure the place you are getting your information, but good topic. I must spend some time learning more or figuring out more. Thanks for fantastic info I was looking for this info for my mission.

obviously like your web-site but you need to test the spelling on several of your posts. Several of them are rife with spelling problems and I find it very troublesome to tell the reality nevertheless I will definitely come back again.

Some truly grand work on behalf of the owner of this web site, dead great content.

The next time I read a blog, I hope that it doesnt disappoint me as much as this one. I mean, I know it was my choice to read, but I actually thought youd have something interesting to say. All I hear is a bunch of whining about something that you could fix if you werent too busy looking for attention.

Thank you for sharing with us, I conceive this website truly stands out : D.

It is truly a great and useful piece of info. I am glad that you just shared this useful info with us. Please stay us up to date like this. Thanks for sharing.

Lovely just what I was searching for.Thanks to the author for taking his clock time on this one.