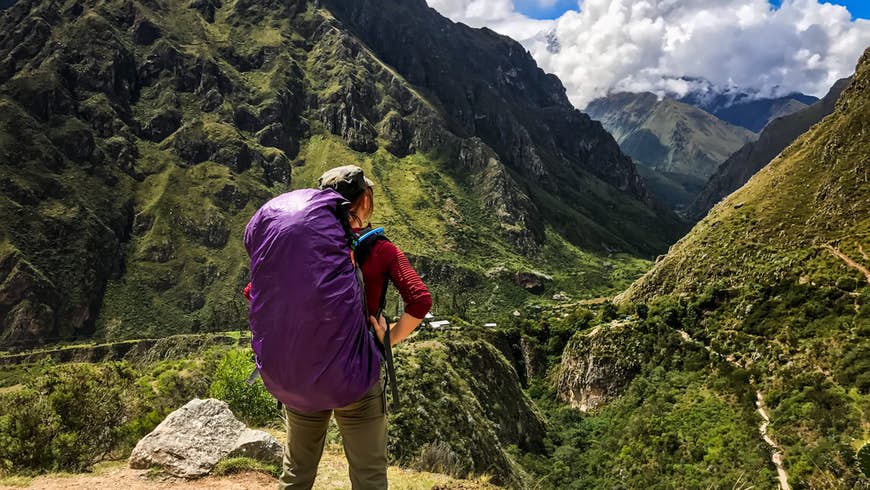 On her 30th birthday, one writer decides to turn the tables on Mom – with a trekking trip in the Andes.

Rain fell in gentle sheets as I carefully ascended a path of slick cobblestone steps toward Dead Woman’s Pass. At 13,779ft, it’s the highest point along Peru’s Inca Trail, and after two days of tramping through tangled cloud forests and craggy riverine canyons, my lungs were ragged with exertion. Hundreds of feet below, I could make out the plastic, neon-colored rain ponchos worn by nearly everyone in my tour group. From my cliffside perch, they looked like ants dressed for some deluge-themed discoteca. Among them was my 55-year-old mother.

A different kind of mother-daughter trip

In 2017, my mom offered to fly me to Peru to celebrate my 30th birthday and visit the famous citadel of Machu Picchu. This wasn’t unusual: for as long as I could remember, she had been orchestrating these kinds of elaborate trips for the sake of mother-daughter bonding. With her family based in Sweden and my own dual nationality, it was easy to tack learning experiences onto trips home for the holidays. A layover in Amsterdam could become a lesson on the Holocaust, with to a visit to the home of Anne Frank. A summer holiday was an excuse to introduce me to Impressionist art on a week-long trip to Paris. But this trip to Peru felt different from my childhood vacations. This time, I wanted to push against the boundaries of my mom’s comfort zone. 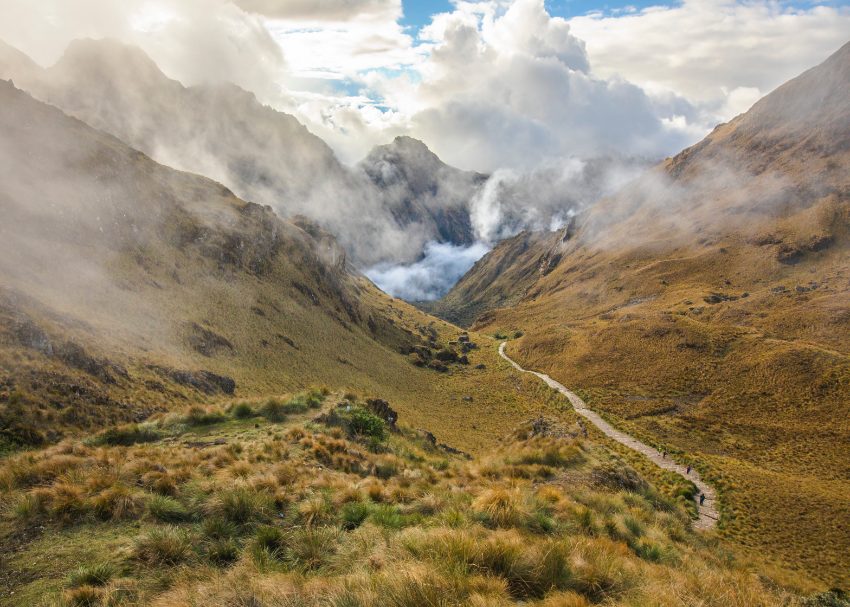 Having recently become obsessed with wilderness backpacking in my home state of California, I agreed to come along – with one condition: that we hire a guide and hike to Machu Picchu along the four-day Inca Trail, rather than pack onto a bus for a short day trip. My mother wasn’t so sure.

“But where do you pee when you’re backpacking?” she pleaded.

“Well, sometimes you run behind a bush and you just go, Mom,” I replied.

This wouldn’t be the kind of fully off-grid backpacking trip that I had grown to love over the past 12 months, the kind that kept my mother up at night worrying about bears, avalanches and poisonous snakes. The Inca Trail was a well-traversed middle ground that could challenge us both without throwing her into the deep end. We chose a tour company, Llama Path, set our dates and booked our flights.

Walking into the clouds

The 43km (27-mile) Inca Trail was originally built in 1438 by the Inca Pachacutec as a royal highway to link Cuzco, the capital of the empire, to the mountaintop citadel at Machu Picchu. “He followed the way of the Apus, the snowy peaks sacred to the Incas, which dominate the scenery on this most astounding of treks,” explained Rodrigo Custodio, country manager for Abercrombie & Kent Peru. Today, the region is protected by the Peruvian government and is a UNESCO World Heritage site. 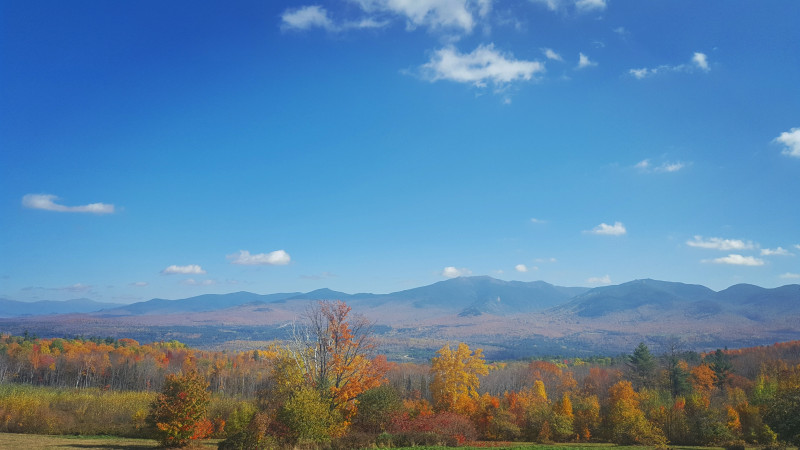 Visitors should regard the path as a pilgrimage, our guide told us on our first day, as my mom and I clomped through intermittent drizzle along rough-cut stones paralleling the banks of the Cusichaca River. The trek starts at 2590m (8500ft) above sea level, and even after taking the recommended two days to acclimatize in Cuzco before lacing up our hiking boots, the vibe was more altitude-headache survival mode than carefree mother-daughter gallivanting.

We hiked on, and I began to wonder if my mom was having even a modicum of fun; her downturned head and silence made me anxious that I had ruined a special vacation with my stubborn insistence that we trek for four days. As the more experienced adventurer, I felt responsible for her enjoyment in a way I never had before, almost like I was the parent. 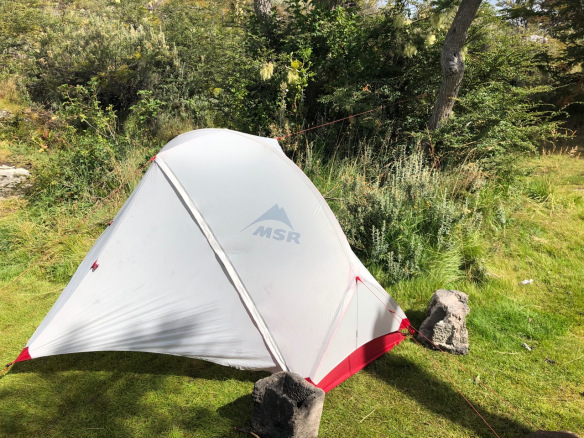 One of the most tantalizing draws of reaching Machu Picchu by foot is the abundance of significant archeological sites that only hikers get to explore. When our group neared the first such place, Patallacta, with its abandoned agricultural terraces sparkled in the post-rain sunshine, I began to understand the enigmas that this famous route still held. There were hundreds of rustic stone rooms joined together with mud mortar and trapezoidal plazas that archaeologists are still working to understand. Getting to learn about and hike through them in a small group felt like an immense privilege.

In 2019, Machu Picchu received a record-breaking 1.6 million tourists from across the globe, according to the Peruvian Ministry of Culture. Meanwhile, the Inca Trail received just 198,000, thanks to a cap by the government of no more than 500 hikers daily – a limit intended to protect the historic stone ruins and remote, mountainous landscape. (During the pandemic, that number was lowered to just 250 per day.) In spite of my altitude headache and soaking-wet boots, I knew that, however challenging it seemed on the surface, this hike was my best shot at getting my mom to understand my new hobby. As clouds gathered, I had to trust that the magic of far-flung archeological sites without crowds would buoy us through whatever chaos the weather presented. 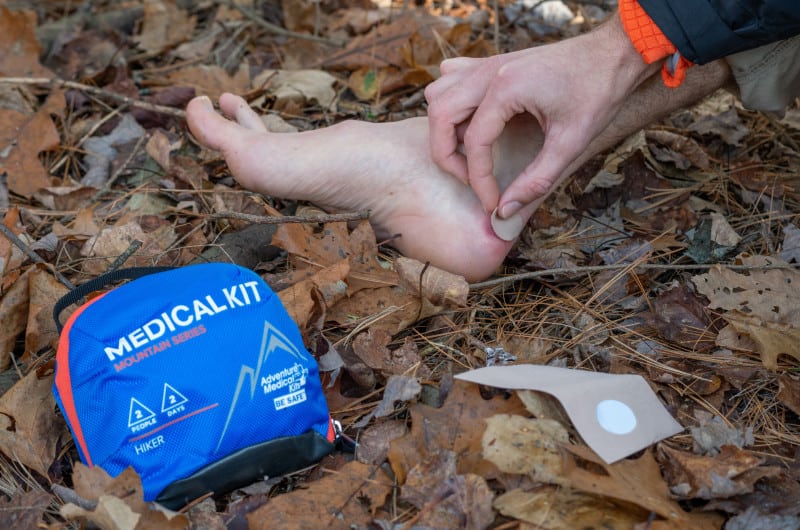 The next morning, we woke to the patter of constant rain against the green nylon ceiling of our tent and stared at each other, dumbfounded. Rather than acknowledge any apprehension, my mom kept busy by brushing her hair and applying lip gloss.

“Sweetie, do I look okay?” she asked, wide-eyed, trying to shake off her nerves with routine.

I laughed in response. “Your hair looks fine, Mom.”

Day two, we both knew, would be the hardest day on the trek, a 16km (10-mile) slog up to Warmi Wañusqa – Dead Woman’s Pass – followed by a descent of thousands of feet to the next night’s camp. “What have I gotten us into?” I wondered as I wiggled into my wet hiking pants with dread. 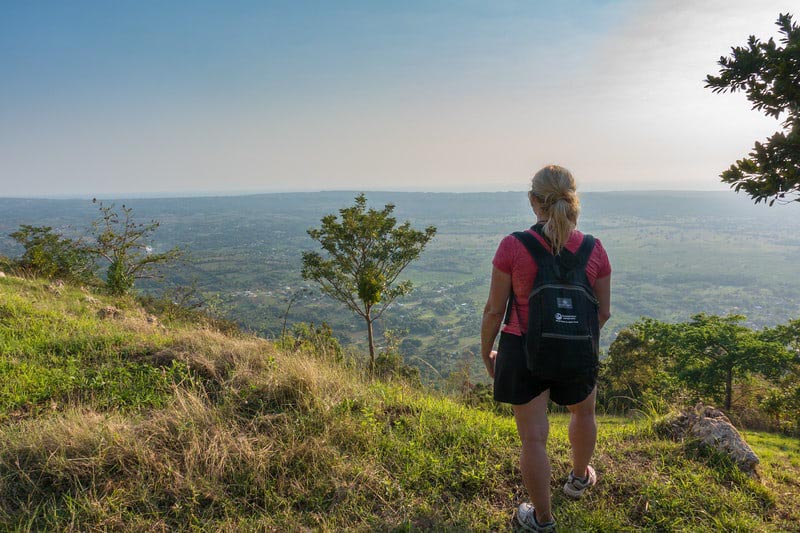 Crunch. Crunch. Crunch. The familiar rhythm of shoes against trail lulled me back to sanity as our group ascended, in a thick swarm of clouds, through the tangled red branches of a Polylepis forest. At 3700m (12,000ft), my brain was dizzy with altitude, and my mom began to lag behind with the assistant guide and a cluster of slower hikers. This particular trek was built for people like my mom: she could go at her own pace and take breaks whenever she needed. She could snap selfies,  breathe in the crisp mountain air and marvel at the high peaks and glaciers above us. Without consciously knowing it, I had sidestepped into the perfect scheme for getting my mom to like backpacking, one that wouldn’t rush her and also happened to include a porter-prepared feast every night for supper.

I whooped and hollered and pulled my mom in for a giant hug when she finally reached the top of the pass. Beaming in her rain-smeared poncho, I could sense that she was beginning to understand the unparalleled joy that comes from completing a hard trek. In the wake of our elation, the rest of the day seemed to float by in mere minutes. We hobbled together down steep stone steps as thin spiderwebs of clouds clung to the high mountains surrounding us. 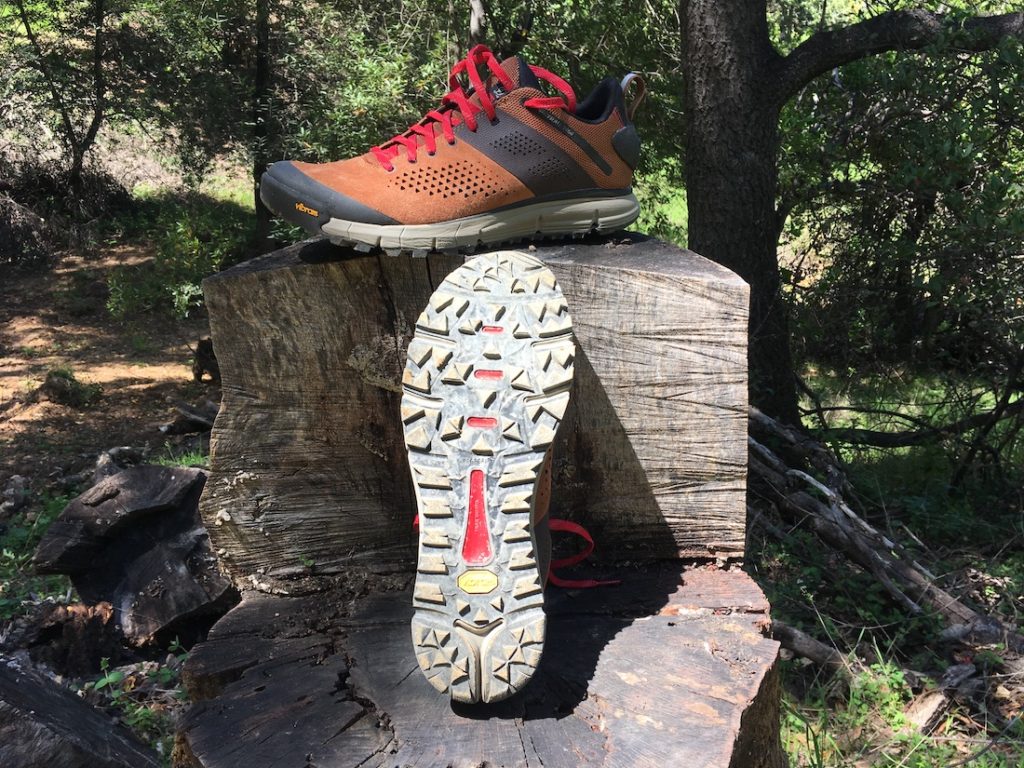 We reached the ancient site of Sayacmarca, where tropical flowers crept up from the forest floor, licking the edges of the ruins in the fading sunlight. Our guide explained that this temple was once a ritualistic laboratory, with a large stone slab in the center that served as a sacrificial altar for llamas, herbal elixirs and coca leaves.

My worry that my mom wouldn’t make it through the whole trek had subsided, and I could feel a tightness lift in my chest.

The next morning, we woke to more rain, but I could feel something shifting deep inside my mind. My mom had been facing near-freezing temperatures, persistent rainfall and the uncomfortable realities of living in a thin-walled tent, and she had remained coolheaded and captivated through it all. I was proud of her.

When we complained about the cold and the altitude, we did it together, rather than at each other. The trail’s physical difficulties had turned us into a working team, rather than just a mother and her child on a trip.

We spend our whole lives looking for our parents’ approval and then, as if by magic, something happens that causes us to see them as beautifully flawed humans, walking side-by-side along the same path as us. With our egos pushed aside, we begin to appreciate them as peers.

“When I take my daughter on adventures, there isn’t technology or friends or daily responsibilities to cut into our time together,” said Heather Balogh Rochfort, author and co-founder of WildKind, a community that helps moms level up their outdoor experiences with their kids. I had reached out to her to learn whether there was more to my experience than a one-off adventure. “Instead, we focus on each other and our beautiful experience together.” Adventuring with a daughter in tow may not always be easy, because it can be tricky to upend the lifelong parent-child power dynamic, but Rochfort says that doing hard things in beautiful places together can help build a relationship that is based on mutual respect. 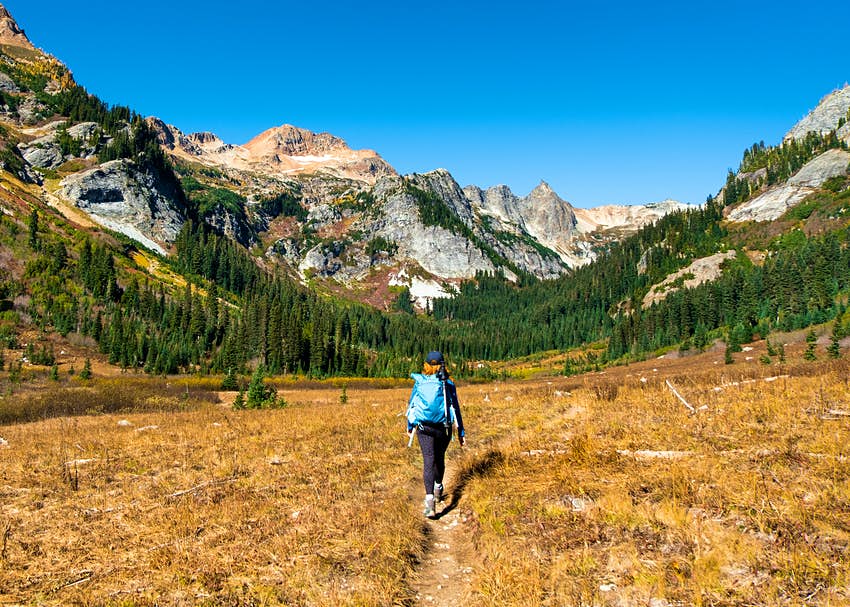 As though the universe could sense the change in my mindset, the sun broke through the clouds the next afternoon as we descended through a woodland filled with rare orchids and enormous black hummingbirds. My mother and I nearly stumbled right into a band of llamas at the ruins of Phuyupatamarka that afternoon, dazzled by our first proper view of the Urubamba River Valley. The scale of the landscape was immense, with colossal jagged peaks and sky-high waterfalls reaching an additional 1200m (4000ft) above our already considerable altitude. 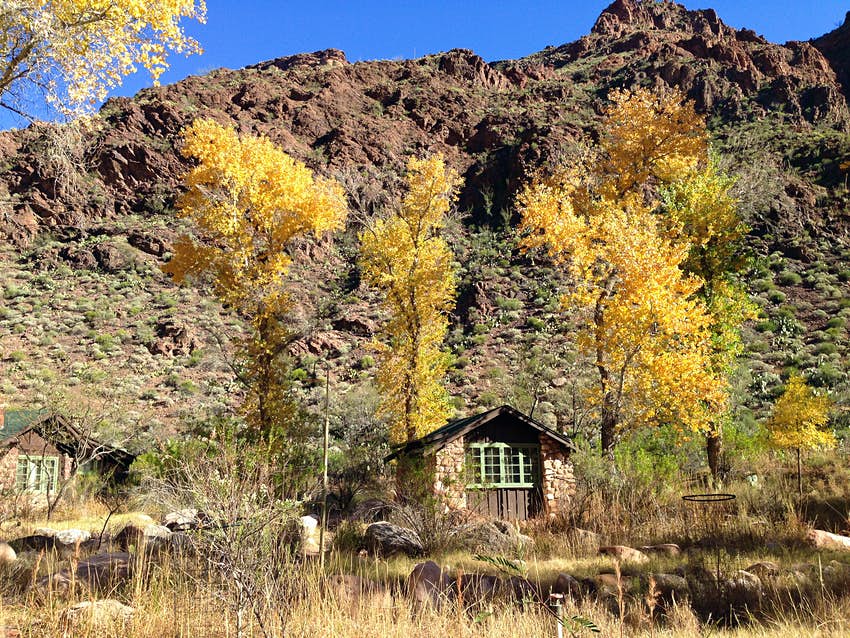 It almost didn’t matter that Machu Picchu, our journey’s end, seemed in stark contrast with the pilgrimage we had taken to arrive there. The sacred city on a hill was indeed beautiful, but the throngs of sightseers milling about made it difficult to absorb its grandeur.

Walloped by the sudden onslaught of staccato tourist energy and commerce, my mom and I hung close to the group as our guide led us around and pointed out noteworthy architectural details. Later,  back in town, my mom bought me a pisco sour to celebrate the successful expedition. We clinked our glasses to future fun in the outdoors before saying our goodbyes and boarding separate planes the following day. Though we lived half a country apart, I felt closer to her than I had in years. 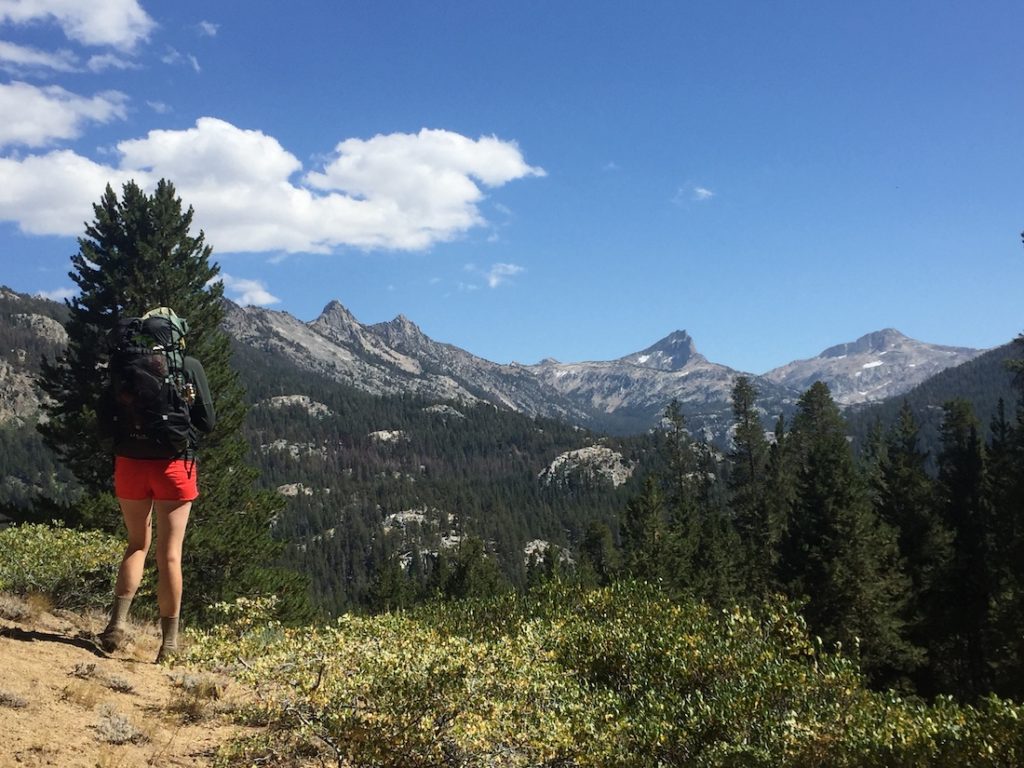 The stress of managing the constant unknowns of the natural world can be a powerful tool in forming lasting family bonds; this is precisely why outdoor adventuring can be so transformative, according to Rochfort. “That level of love and infallible support is something I think we’ll both carry into our older years together,” she said of her own experiences traveling with her daughter.

Since we got back to the USA, my mom is well on her way to becoming an even bigger dirtbag than I am. In the years following our trek, she’s moved to Lake Tahoe, purchased a camper van and is training for her third half-marathon. I like to think, just as she first inspired me to be curious about the world, I’ve now inspired something in her.

Hi my loved one! I want to say that this article is awesome, nice written and include approximately all important infos. I would like to see extra posts like this .

certainly like your web site but you have to check the spelling on quite a few of your posts. Many of them are rife with spelling problems and I find it very troublesome to inform the reality however I will definitely come again again.