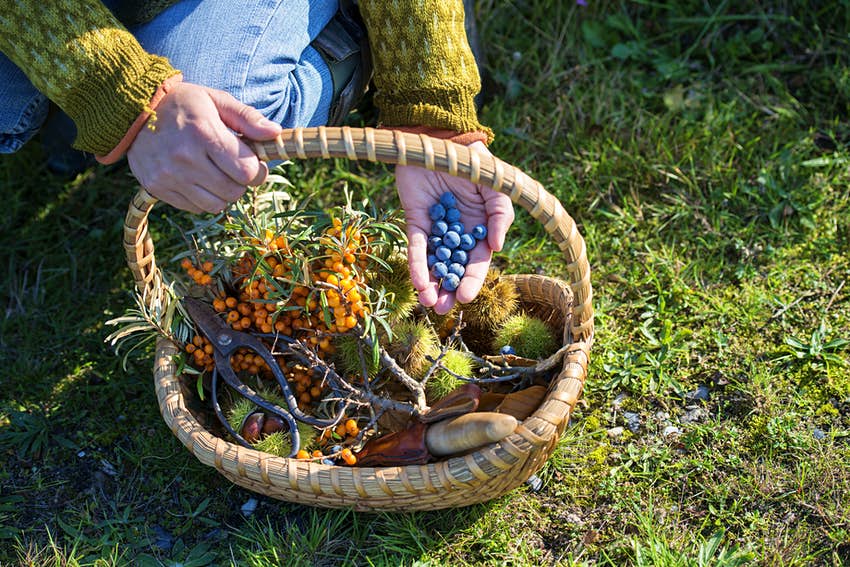 Our ancestors foraged to survive, but harvesting wild food became much less common after the advent of the grocery store. Fast forward to the present day: Americans want to know what’s in their food and where it’s coming from, and they’re increasingly motivated by sustainable travel. And what could be more sustainable than finding your own food?

It’s time to bring back picking dandelions in your backyard (they’re edible!) and foraging for raspberries in the woods. Foraging excursions in cities and the countryside offer the chance to gather food, dine and meet new friends. For the most up-to-date tracking of local foraging, check out Falling Fruit, a handy resource for eating local.

At these eight destinations in the US, you’re guaranteed to forage and feast.

How about pairing some wild berries with your local lager? Trace the origins of the country’s first forage-to-table experience through the Asheville countryside. Localvore pioneer Alan Muskat founded the first only forage-to-table company back in 1995, along with the world’s first wild foods public education program. Ever since then, business has been picking up – literally. Catch a tour to forage alongside Muskat then make plans to drop off your finds at several Asheville restaurants. The chef will transform your bounty into a one-of-a-kind dish, complimentary, though a purchase of one entree per person is required.

When you’re starting out, it’s a good idea to have a foraging mentor. Many common plants are poisonous, including some varieties of magic mushrooms. Head to the quaint town of Weyerhaeuser, population 238, and meet Samuel Thayer, Founder of The Forager’s Harvest. The wild food expert leads foraging classes for travelers from May to October, with events and discussions throughout the winter.

Experiences include anything from an introduction to foraging to foraging for mushrooms. Depending on the time of year, you can expect to find a variety of nuts, root vegetables, fruits and seeds. The classes are usually a weekend-long and include cabin-style lodging and some meals for $300.

Have you ever considered foraging in the Big Apple? It can be done! Join “Wildman” Steve Brill in Central Park for a day of foraging with your children. Spend the day discovering native and introduced species right in the middle of the city that never sleeps. These foraging tours happen from the beginning of March to the start of December, so depending on the season you can expect to see everything from ginkgo biloba and American persimmon to the pods of the Kentucky coffee tree, from which you can make caffeine-free coffee. The suggested donation is $20 for a four-hour excursion. Steve also conducts tours elsewhere in New York State and beyond if you need a break from the city. 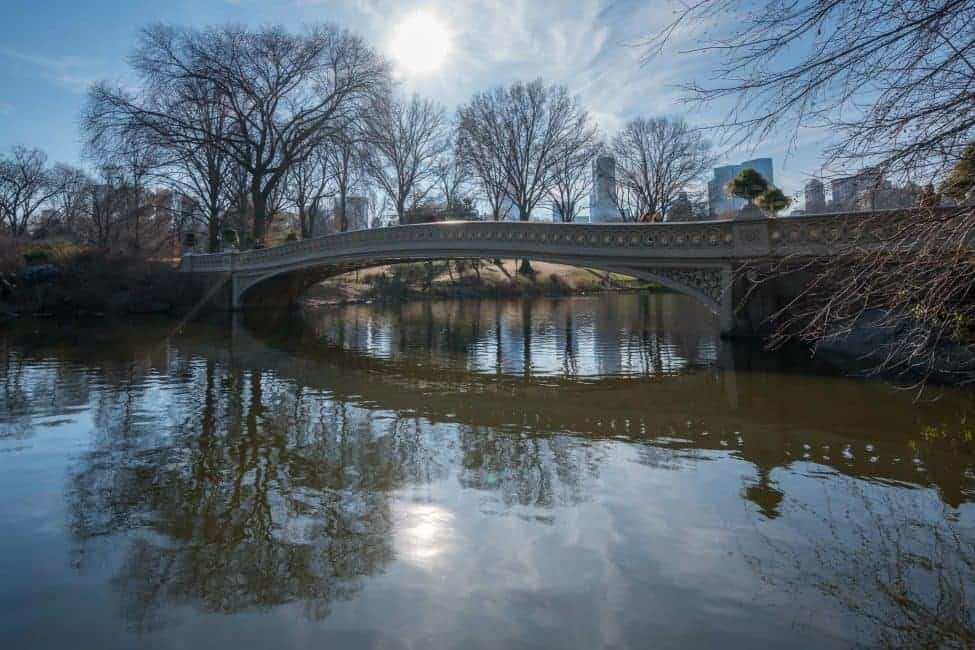 Upgrade your usual camping situation to glamping (aka glamorous camping) at Firelight Camps in the Finger Lakes. Think safari-style tent with a comfortable queen bed, a private tented porch and battery-powered lanterns. You’ll sleep under the stars and go on a guided foraging hike through mesmerizing waterfall trails in Buttermilk Falls State Park, accompanied by Sarah Kelsen from FLX Wild.

In 90 minutes, you’ll learn to identify a variety of plants including mushrooms, acorns, onions, greens and more. Sarah encourages travelers to taste nature’s medicinal treasures around the grounds of Firelight, and she can answer any questions along the way. Bring an enquiring mind and an explorer’s sense of adventure. Guided hikes are $40 and they run from April to November.

Many of the mushrooms you’ll find in Missouri are edible but don’t run into the forest and start grazing. For any outbound mushroom excursions you should tread lightly, with a healthy dose of caution as ingesting the wrong kind of fungi could have the potency to kill. Seek out local experts from Missouri’s Mycological Society to help guide your way through the bountiful mushroom patches found in Mark Twain National Forest. Continue to explore the state’s mushroom varieties with the society’s full calendar of guided hikes to seminars, uncovering the magic of fungi.

Willamette Valley is known as Oregon’s wine country, a place for wine tastings and delicious food. However, foraging for the elusive truffle is becoming another popular draw for travelers to this famous region. Truffles grow throughout the forests in the Willamette Valley, and this aromatic fungus goes for $500 or more per pound!

Foraging for this highly sought-after delicacy takes place in winter through spring. Prestige Wine Tours offers guided tours with a professional hunter, accompanied by a truffle-hunting canine. After the hunt you have the option of attending a wine and food pairing with your precious truffles at a winery tasting room. You’ll be tired after truffle hunting (and all that wine), so book a stay in an adorable vintage trailer.

Fun fact: there are over 10,000 types of seaweed in the ocean. Learn all about the varieties and health benefits of seaweed on a foraging tour with Marley Family Seaweeds on California’s Central Coast, along the Highway 1 Discovery Route.

Surrounded by stunning views, you’ll spend 90 minutes walking on the beach and in the water.  The tour concludes with bowls of ramen noodles for lunch, made with freshly harvested seaweed and served on the beach. Try your hand at cooking with seaweed with recipes like Irish Seaweed Bread or a Korean Seaweed Omelette.

Get ready for a weekend celebrating the mushroom at the McCloud Mushroom and Music Festival, held every Memorial Day weekend in this historic lumber town. The festival celebrates wild mushroom hunting, which takes place every spring. During the festival you can go mushroom foraging with Todd Spanier, the “King of Mushrooms”, take mushroom workshops and attend the multi-course gourmet mushroom dinner.

Stay in downtown McCloud and sample locally sourced mushroom-based delicacies from eight different food vendors. Local restaurants incorporate mushrooms into their local fare with special menus during the event. If your taste buds can handle more mushrooms, there is even mushroom ice cream called candy cap, which tastes like molasses.

Wonderful things to Do on a Tasmania Highway Journey

Chennai to host much awaited Dinosaur Festival from June

Enjoyed reading through this, very good stuff, appreciate it. “Love begets love, love knows no rules, this is the same for all.” by Virgil.

Thanks for the sensible critique. Me and my neighbor were just preparing to do a little research about this. We got a grab a book from our area library but I think I learned more clear from this post. I am very glad to see such great info being shared freely out there.