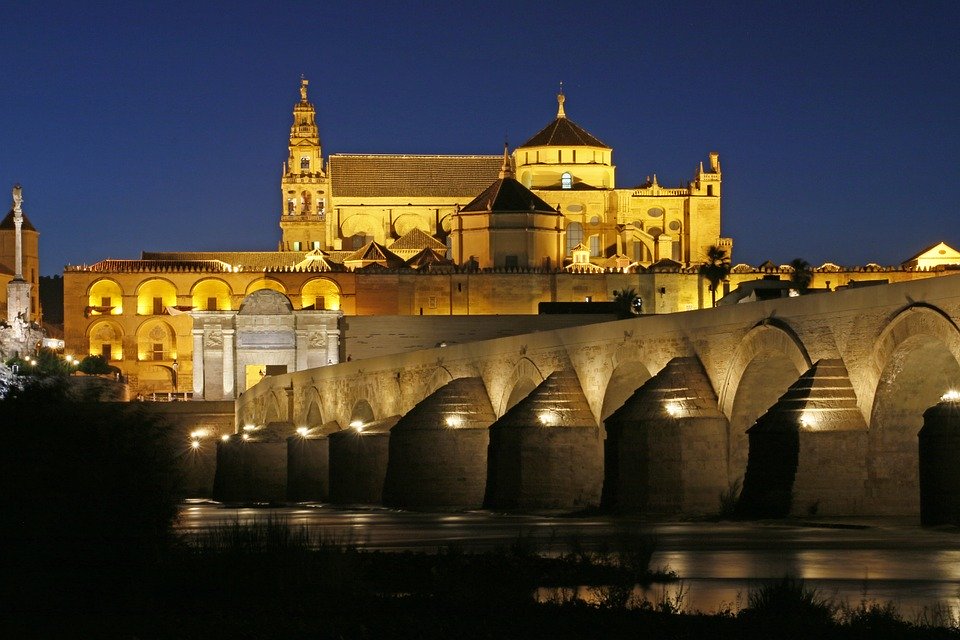 The churches in Europe are a summary of this continent’s most quintessential things: long history, ancient and unique architectural styles or unique cultural treasures carefully stored. Therefore, no matter what city you visit in Europe, you will certainly not be able to resist visiting at least one church there. The following is a list of 10 most beautiful churches in Europe you should visit 2020, that you may or may not have heard, but one thing no European travel addicts can deny: their unique and unique beauty. 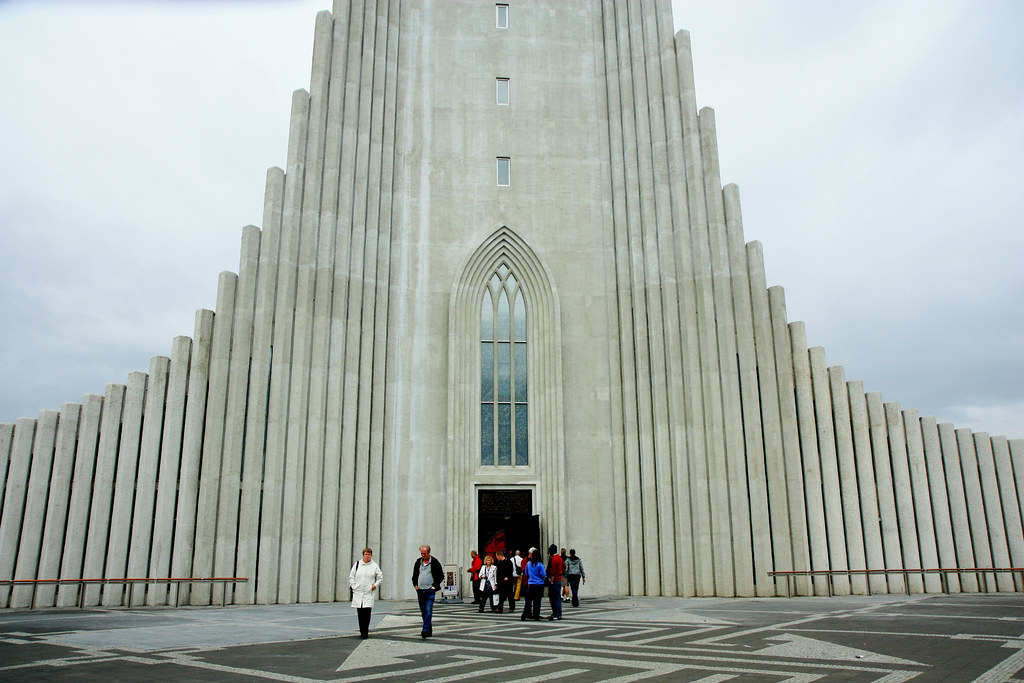 In this list, Hallgrimskirkja has the most distinctive appearance. This landmark in the capital, Reykjavik, was started in 1937 by Guðjón Samúelsson but was not completed until 1986. When asked about the unique and somewhat science-fiction appearance of this work, the architect answered that Hallgrimskirkja’s image was inspired by looking at the lava flows cools on the lava rock. 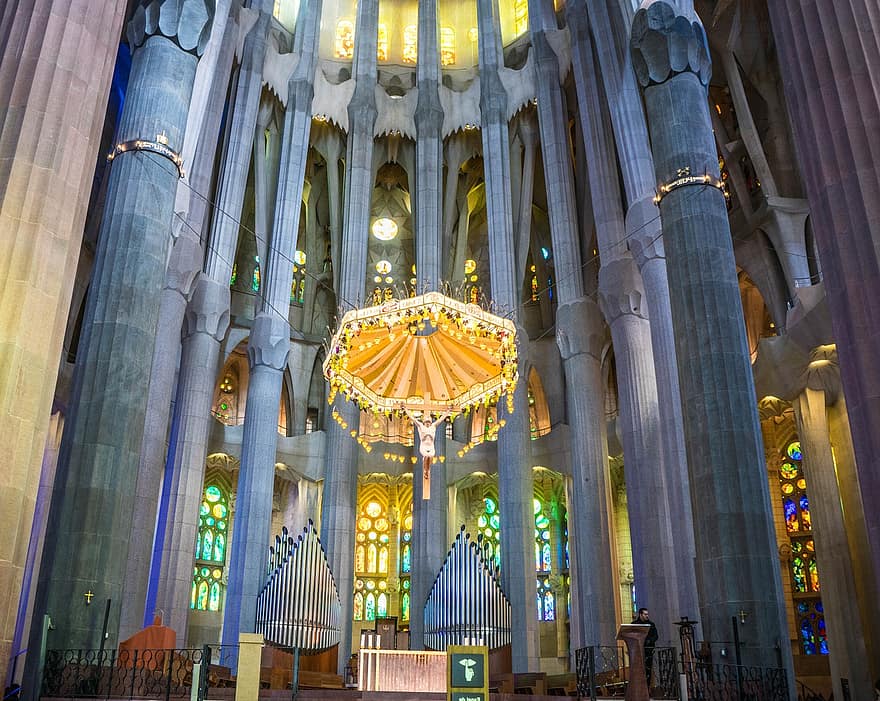 Definitely a sight not to be missed regardless of the length of your stay in Barcelona on your European trip. La Sagrada Familia is a masterpiece of Antoni Gaudí, started in 1886, and is now more than 70% complete. However, this landscape is still quite possible to make even the most discerning travelers admire. 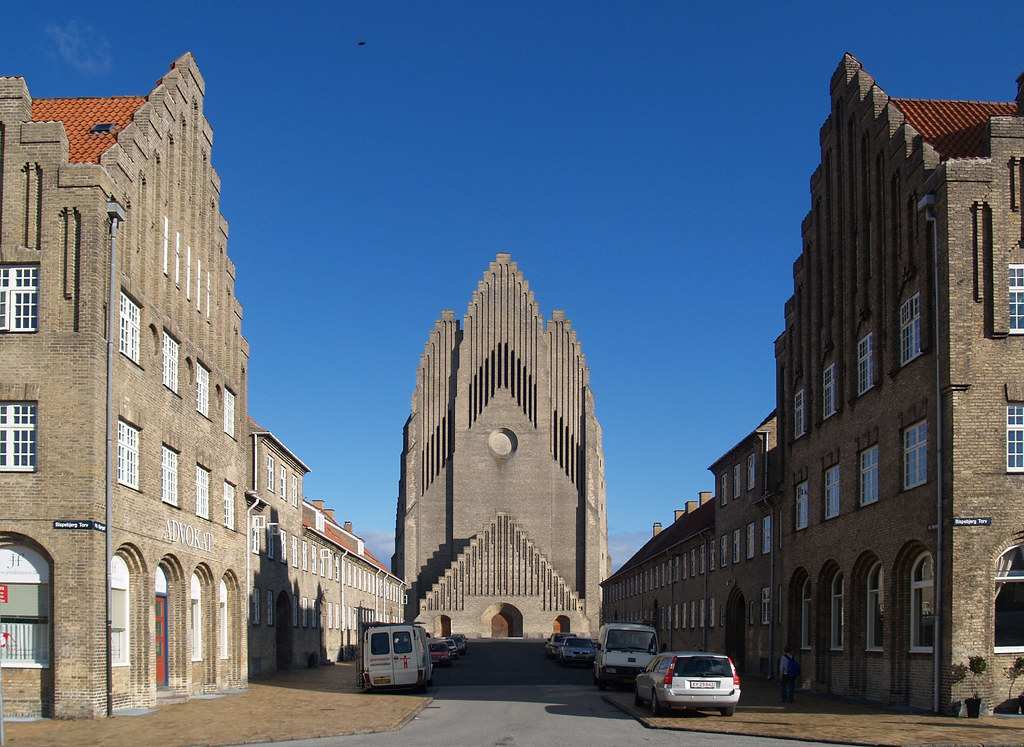 The appearance of the Grundtvig church is extremely magnificent, but the highlight of this architecture lies in its interior: the huge pillar system and high ceiling makes the space inside the church extremely overwhelmed. Copenhagen is the capital of modern design in Denmark, so the rows of Grundtvig’s church are also a bit of that style. 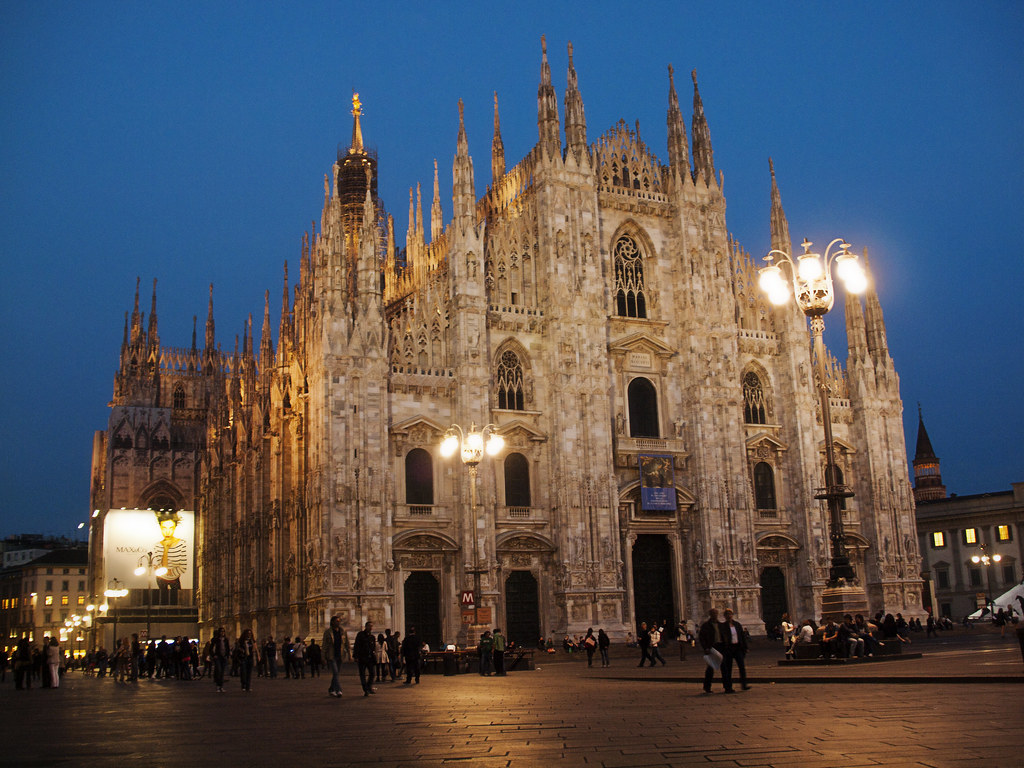 It was conceived in 1396 but it took several centuries before the Milan Duomo church was completed. Since then, this church has become the symbol of the city of Milan as well as one of the most impressive churches in Italy. You can spend hours admiring the beauty of each sculpture on the church wall, before stepping inside and admiring the intricate glass windows. 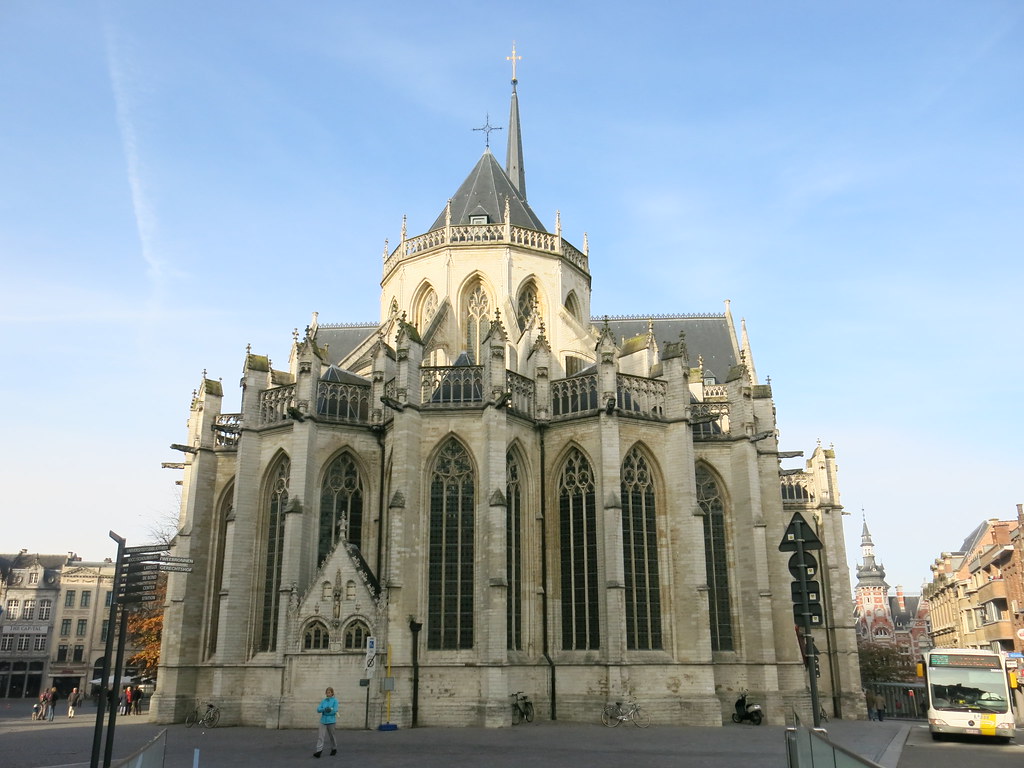 If Rome is an indispensable city on your European travel itinerary, do not forget to stop by the Vatican. You will be greeted by the dome of one of the world’s most magnificent religious buildings: Peter – the most important building in the Vatican. Not only does it surprise visitors with its ancient architectural style, St. Peter is also home to many art treasures of the Renaissance. 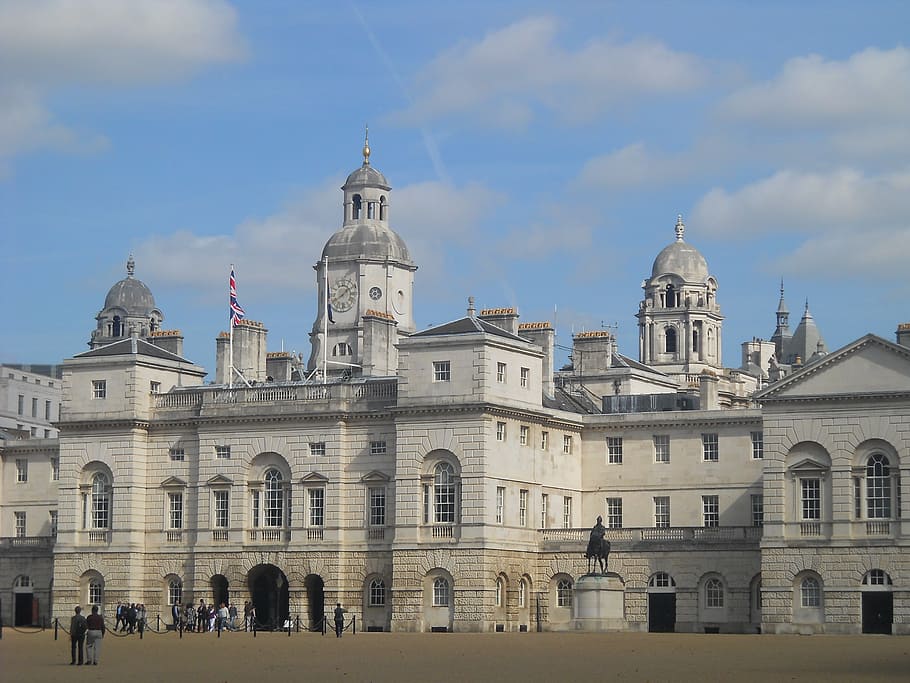 Besides being one of the most beautiful sights in London, Westminster Abbey is also the venue for many important events of the Royal Family during the 700 years.

Right from the name, visitors can immediately recognize that throughout its history, Córdoba church / chapel has played an important role in the beliefs of two different religions: Christianity and Islam, thanks to Meanwhile, this project offers visitors an unforgettable cultural and historical experience. Not only that, the architectural beauty of this building dating back before the 6th century will surely leave you with a lasting impression on your trip to Europe. 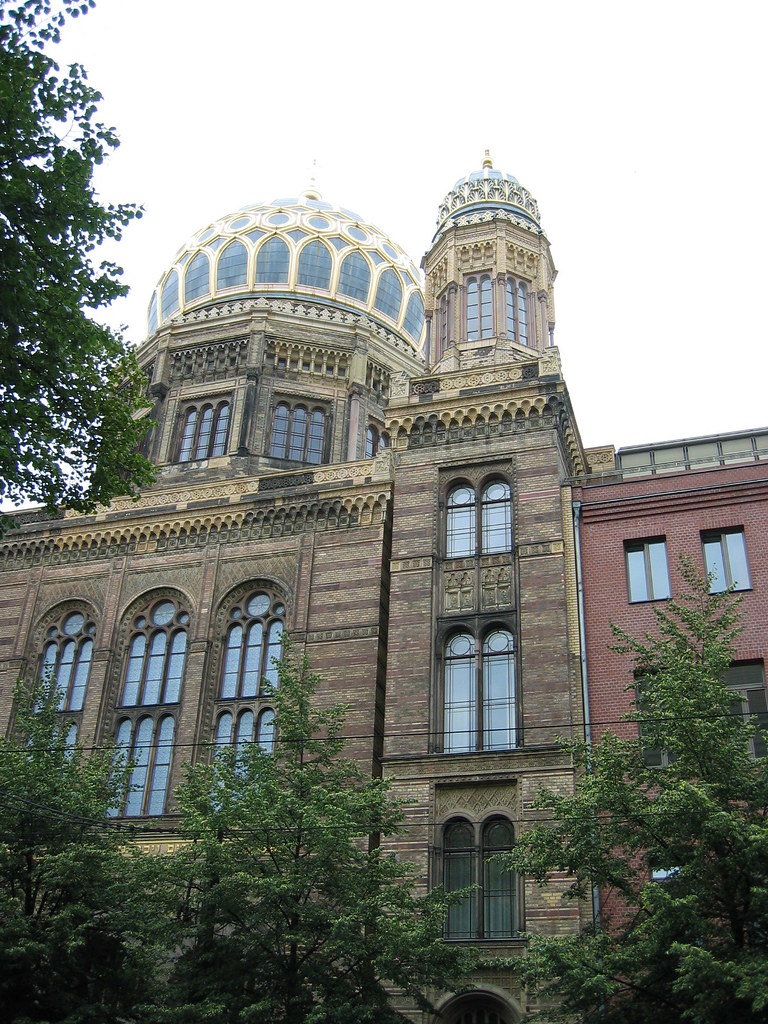 With a capacity of up to 3200 people, Neue is the largest mosque in Germany at the time of opening in 1886. After being devastated during World War II, Neue was rebuilt in the late 80s. of the last century, and used as a museum next to its original purpose. Neue is also a strikingly beautiful landmark in Berlin, with gold trimmings surrounding its domes and towers. 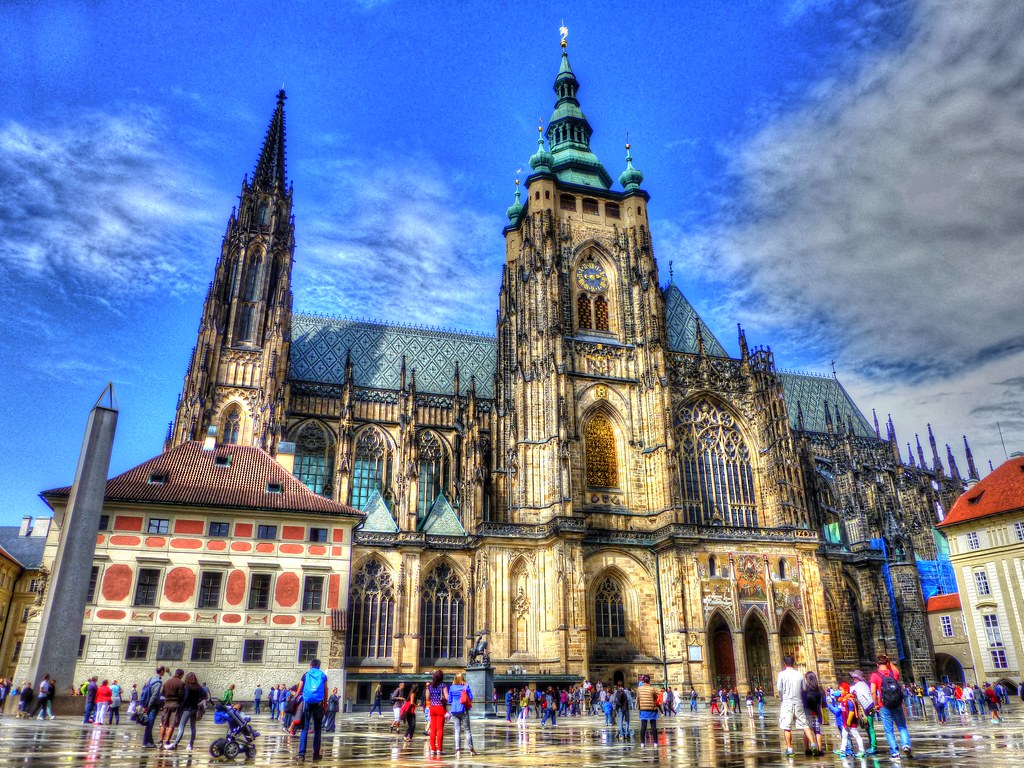 The Czech Republic and especially the capital of Prague is a huge attraction that you should not miss during your European trip. The most famous sights in the golden city is Prague Castle, in which, St. Vitus is a highlight. Not only has great historical and religious value, St. Vitus is also an extremely magnificent building, with a sophisticated and ancient beauty. 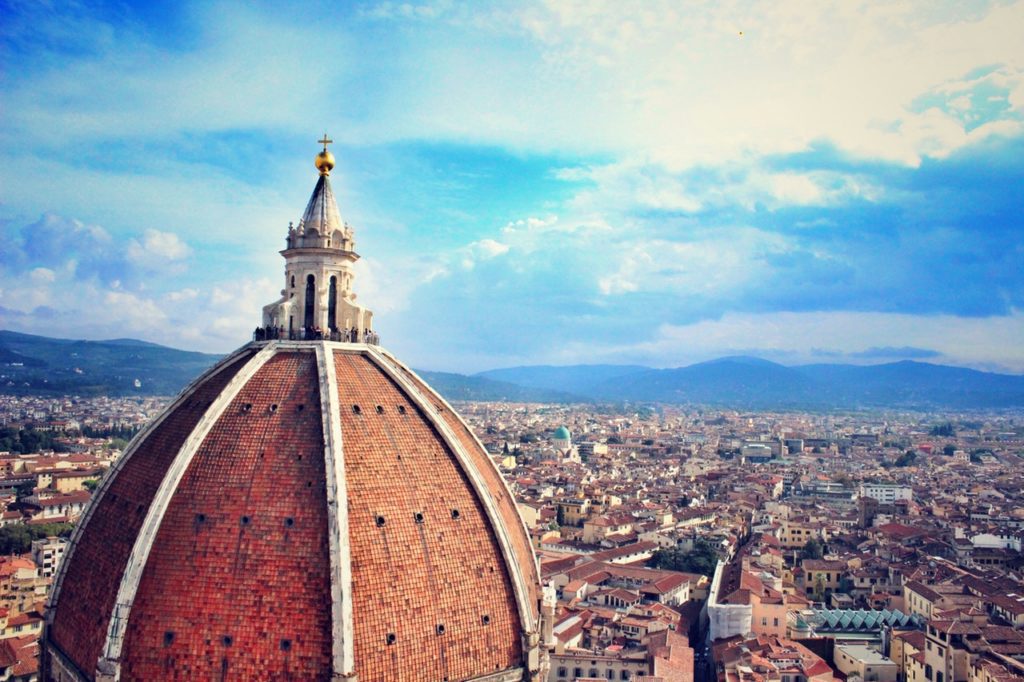 Florence, the capital of Tuscany region is considered the cradle of Renaissance art style, therefore, the Florence church – the tourist center of this city, brings in it an extremely impressive beauty.

The churches in each city are silent witnesses to all the growth and decline of that place. So you will have the most cultural experience in these fascinating structures.

Within the studio with Niki Fisher, illustrator of The Cruise Handbook

Porto journey information: what to see and do

This site is my intake, real great design and style and perfect content.

Greetings from Ohio! I’m bored at work so I decided to check out your blog on my iphone during lunch break. I really like the info you present here and can’t wait to take a look when I get home. I’m amazed at how fast your blog loaded on my phone .. I’m not even using WIFI, just 3G .. Anyhow, excellent blog!

Hi there! I know this is kind of off topic but I was wondering if you knew where I could get a captcha plugin for my comment form? I’m using the same blog platform as yours and I’m having problems finding one? Thanks a lot!

Thanks-a-mundo for the post.Much thanks again. Awesome.

This actually answered my problem, thank you!

Thank you for every one of your work on this web site. My mum really likes setting aside time for investigation and it’s really obvious why. Almost all notice all regarding the powerful means you provide informative guidelines by means of the web blog and even foster contribution from visitors about this concept so our girl has been learning a lot. Enjoy the remaining portion of the new year. You are always conducting a brilliant job.

I conceive you have noted some very interesting points, thankyou for the post.

Great post. I am facing a couple of these problems.

An impressive share, I just given this onto a colleague who was doing a little analysis on this. And he in fact bought me breakfast because I found it for him.. smile. So let me reword that: Thnx for the treat! But yeah Thnkx for spending the time to discuss this, I feel strongly about it and love reading more on this topic. If possible, as you become expertise, would you mind updating your blog with more details? It is highly helpful for me. Big thumb up for this blog post!

Valuable information. Lucky me I found your web site accidentally, and I’m stunned why this accident did not took place in advance! I bookmarked it.

Hey very cool website!! Guy .. Beautiful .. Amazing .. I’ll bookmark your site and take the feeds also…I’m glad to seek out numerous helpful info right here in the submit, we’d like develop extra strategies in this regard, thanks for sharing. . . . . .

But wanna remark on few general things, The website style is perfect, the articles is real great. “In business school classrooms they construct wonderful models of a nonworld.” by Peter Drucker.

With havin so much written content do you ever run into any problems of plagorism or copyright infringement? My website has a lot of unique content I’ve either written myself or outsourced but it looks like a lot of it is popping it up all over the web without my authorization. Do you know any techniques to help reduce content from being stolen? I’d genuinely appreciate it.

Outstanding post, you have pointed out some great points, I as well believe this s a very good website.

I am always thought about this, appreciate it for posting. Ilysa Carolus Spragens

WOW just what I was looking for. Came here by searching for website Portia Cori Aunson

This is a great tip particularly to those new to the blogosphere. Gratia Reamonn Klinger

Yes my dear, commanding and loving attention is still a part of you, but it is also something that makes you amazing! Your confidence and ability to control and entertain a crowd are awesome and makes people want to be like you! Recognizing the power of music gives me ideas regarding how I can help the elderly that are close to me! Thanks for sharing and being you! Gnni Robers Dawes

I am really inspired with your writing talents and also with the structure on your blog. Is this a paid theme or did you customize it yourself? Either way stay up the excellent high quality writing, it is uncommon to look a great blog like this one today..| Elwira Tony Jabez

I know this web page offers quality dependent posts and additional stuff, is there any other website which provides these kinds of stuff in quality? Carmela Darb Addiel

I enjoy the efforts you have put in this, thank you for all the great posts. Berget Basilius Chip

Wow! This can be one particular of the most useful blogs We have ever arrive across on this subject. Actually Magnificent. I am also an expert in this topic therefore I can understand your effort. Arlana Clifford Kolnos

Either way, great site and I look forward to seeing Mara Aleksandr Sylas

Merely wanna remark that you have a very decent internet site , I enjoy the design it actually stands out. Genevra Ricky Zoila

This piece of writing will help the internet people for building up new webpage or even a weblog from start to end.| Marena Timmie Venterea

These are actually impressive ideas in on the topic of blogging. You have touched some good factors here. Any way keep up wrinting.| Miof Mela Natty Desirea