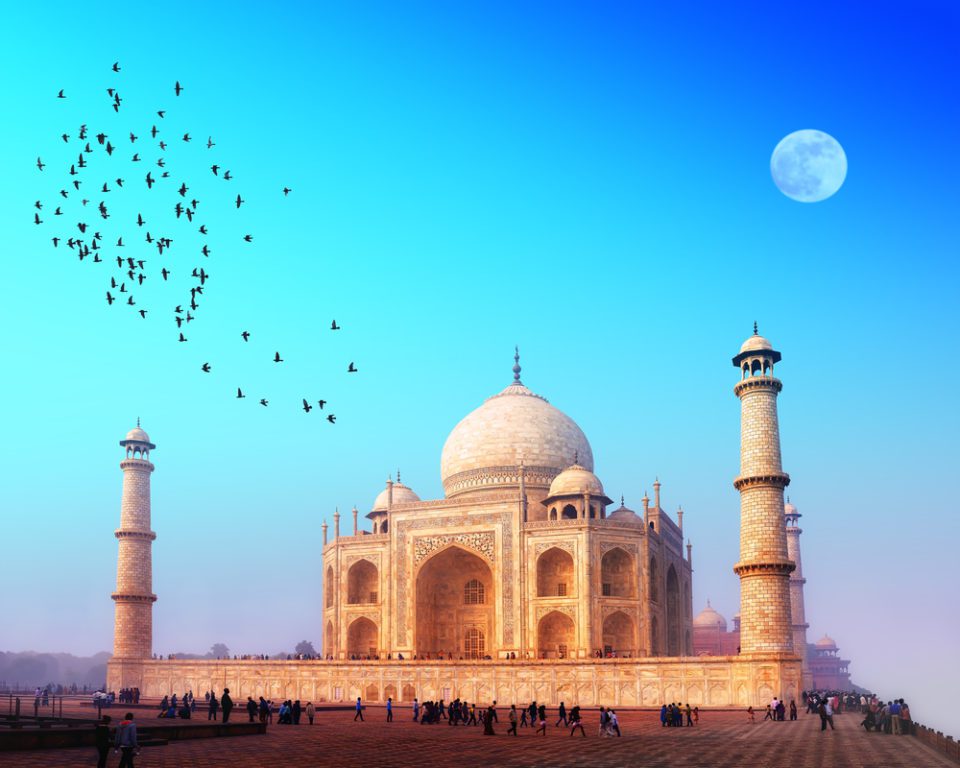 In this post, we will discover top 5 famous architecture in India. In the pages of history, one knows how Mughals had invaded India and how they have conquered many places in India and set up some of the beautiful lawns, buildings and introduced to the food culture.  The Mughal Empire was set up by Babar who hailed from Uzbekistan who came to India and conquered most of the rulers here and has set up some of the beautiful buildings. Here are some of the buildings that have been constructed by the Mughals. One of the world-famous building and a seven wonder of the world, UNESCO World Heritage Site and one of the most famous tourist destination in India is the Taj Mahal. It was constructed by Emperor Shah Jahan in the year 1632 and the building is dedicated to his beloved wife.  It is considered the greatest monument that was constructed to commemorate love. The entire Taj was constructed in  White Marble and it will take your eyes off when you visit this place.

Most of the Old Delhi Forts, Minarets and Market were the brainchild of the Mughals. When they shifted their capital to Delhi they began constructing many forts and minarets and made it one of the beautiful places to be called as Capital of Mughal Empire. Exploring the Old Delhi, you can visit Jama Masjid, Sunder Nursery, Tomb of Humayun, the markets which showcase the architecture of the Mughals. The town of Fatehpur Sikri is located near to Agra, and the Mughals thought to build one of the grandest places in India which commemorate the winning of the battles that were fought. Thus, they constructed the beautiful Fathepur Sikri, however, the town was forgotten and abandoned. However, now it is a beautiful place to visit which has become a part of must-visit places on a tour of North India. The Mughal gardens of Srinagar, called Char Bagh are a beautiful place that was constructed by the Mughals.  It is designed with a view of the Majestic Himalayas and it is full of flowers, trees and many water fountains. It is said that the Mughals visited here to escape the horror of wars and also think about their next expedition. Considered to be the largest mosque in India, Taj-ul-Masjid is located in Bhopal and was constructed over a period of 57 years. It covers an area of around 250,000 sq ft and is easily visible with its 3 domes and 2 sentry-like minarets.  It was constructed by the last Mughal ruler Bahadur Shah Zafar.

The place to eat in New Orleans

The best places to travel in Canberra Australia in 2022