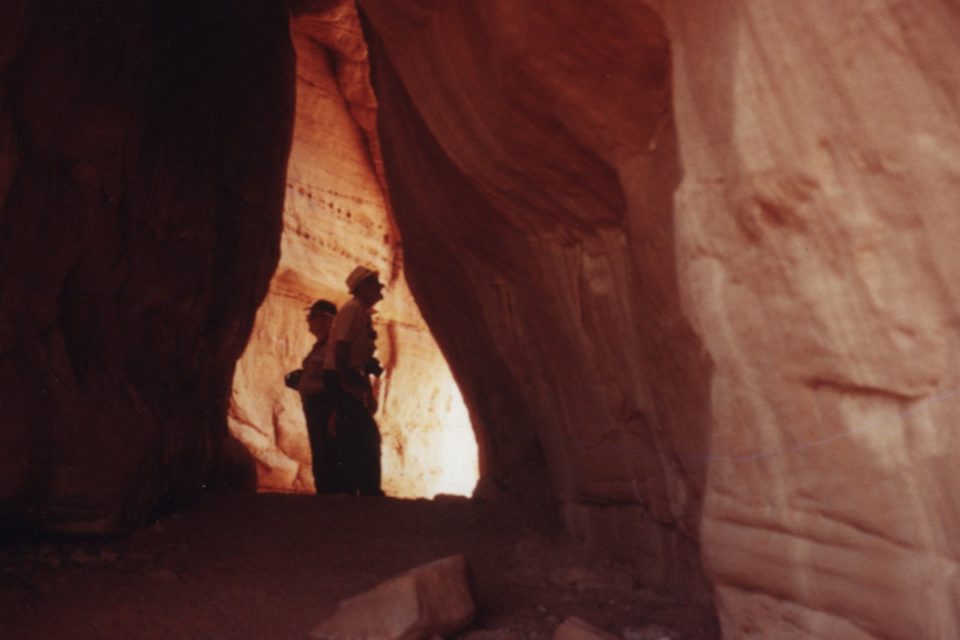 Arches National Park, in eastern Utah’s arid highlands, is filled with more than 2,000 sandstone arches spread over nearly 120 square miles. The arches formed from ancient rock fins or sea stacks; over eons, softer rock at the base of the structures weathered away, eventually vanishing completely, leaving behind a harder capstone in the form of an arch. These natural arches can be as small as three feet across, or as large as the Landscape Arch, at 290 feet long, the longest natural arch in Arches National Park, and, for that matter, the world. While the most well-known are grand, unbelievable phenomena of nature, standing proudly above the red desert, many are tiny things, tucked away in canyons, occasionally within caves.

In fact, it wasn’t terribly long ago that it wasn’t clear just how many arches were in the park at all. Just a few decades back, only about 95 arches had been recorded and categorized by type. Much of that catalog had been assembled by a BYU geologist named Dale Stevens. When asked for documentation about where to find arches, or the number and types of arches in the park, staff would reach for a copy of Stevens’ records to find an answer.

This is what happened when a man named Reuben Scolnick walked into the Arches National Park visitor’s center in the late 1970s in search of arches. When Scolnick finally put his search to rest, more than a decade later, the number of known arches in the park had grown by hundreds. He didn’t know it when he first entered the park, but Scolnick was about to become an obsessed arch hunter who would change how the park went about documenting their namesake feature.

Scolnick was a New England-based aeronautical engineer who’d recently retired from NASA when he made his way out west. He had a plan to visit the park, take in the arches—an alien landscape to a man used to office rooms and leafy New England—maybe spend a month or so tooling around the desert. Instead, he fell in love with the desert and the strange rock formations painted in a kaleidoscope of oranges and reds. His first day there, Scolnick, strong-chinned with bushy eyebrows and a fondness for bucket hats, strolled into park offices and, as remembered by Scolnick’s lifelong friend and Arches NP ranger Jim Stiles, announced that he was there to see some arches. 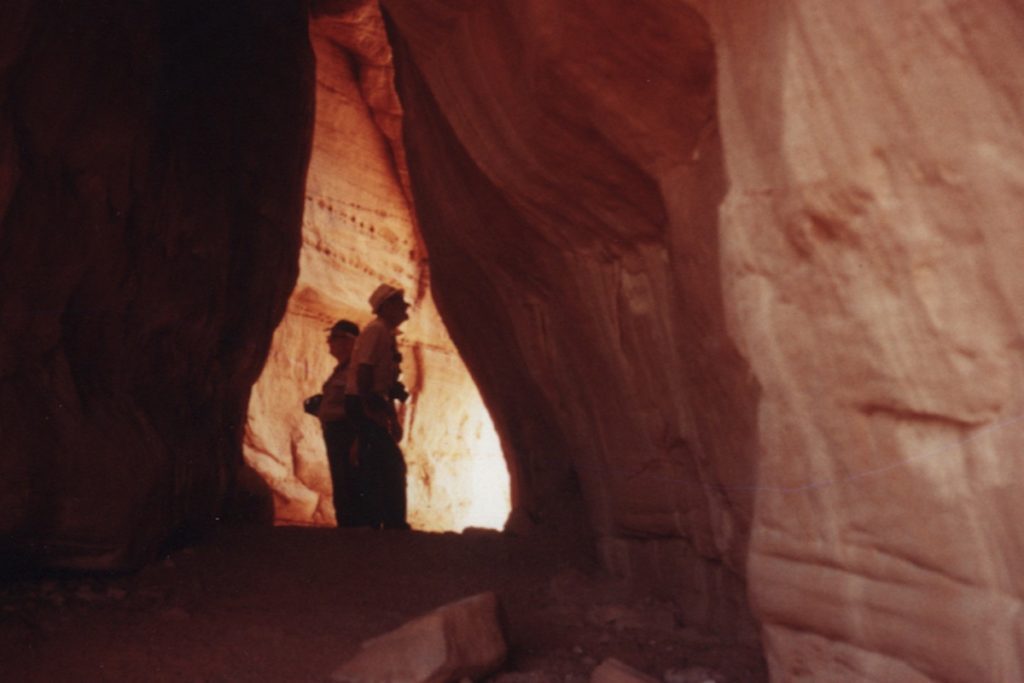 When Stiles asked which arches he would like to see, Scolnick simply replied: “All of them.”

According to Stiles, nobody had ever asked to see all of the arches before. As it turned out, no one person had ever seen all the arches before. The staff of rangers weren’t even immediately aware of how many arches were in the park, and couldn’t really advise Scolnick how to go about touring all of the known rock features.

“This is the park with all of the arches?” Stiles remembered Scolnick asking with a wise-cracking grin. 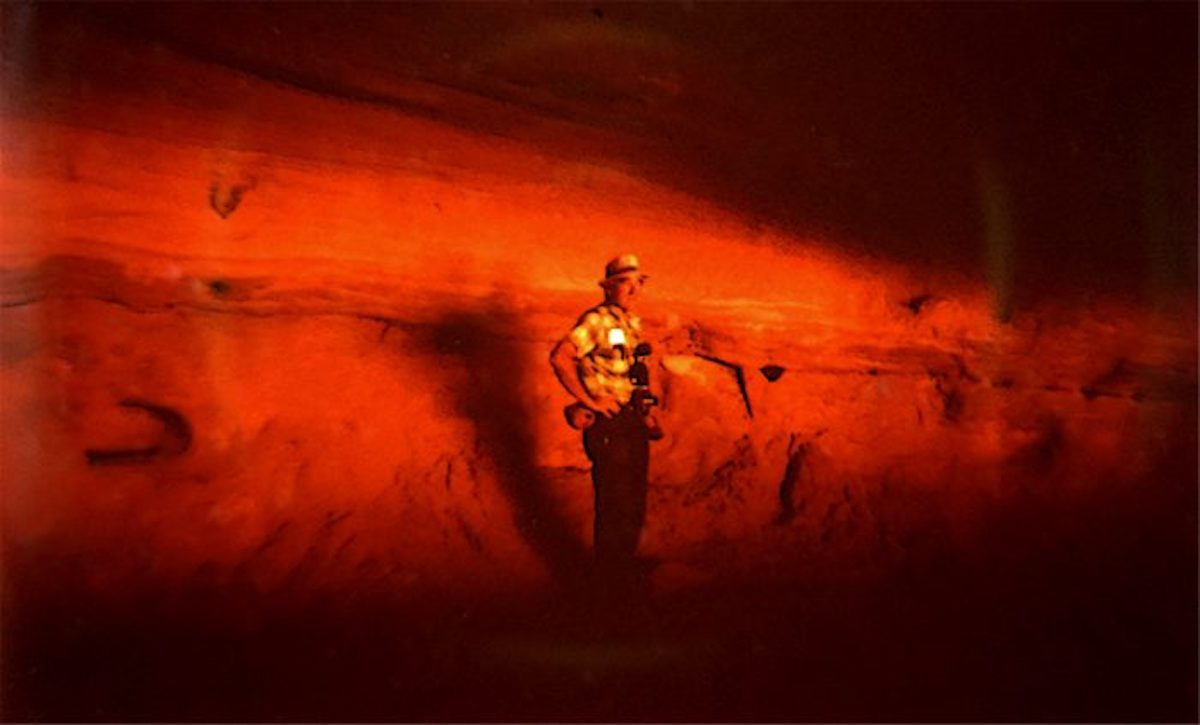 Scolnick, in his element. Photo courtesy of Stiles.

Armed with Stevens’ maps and arch records, Scolnick set out by himself over Utah’s high eastern desert, a fragmented, unforgiving landscape, hunting the rock windows. He applied an engineer’s eye to his task, expecting an organization to the park’s official records that he wasn’t able to find, so he systematically set about correcting their arch files. Scolnick would return to the ranger offices after his exploratory missions, dusted with fine red dirt from the field, and point out that he’d discovered errors in the park’s records of the arches. Finally, the Chief Ranger, Jerry Epperson, had enough.

Epperson decided the park could no longer bear the indignity of being unaware of the number and location of the geological wonders that gave the place its name. So, pressed by Scolnick’s earnestness and ambition, Epperson ordered the rangers to conduct a thorough and exhaustive search of the park, with help from Scolnick, of course. 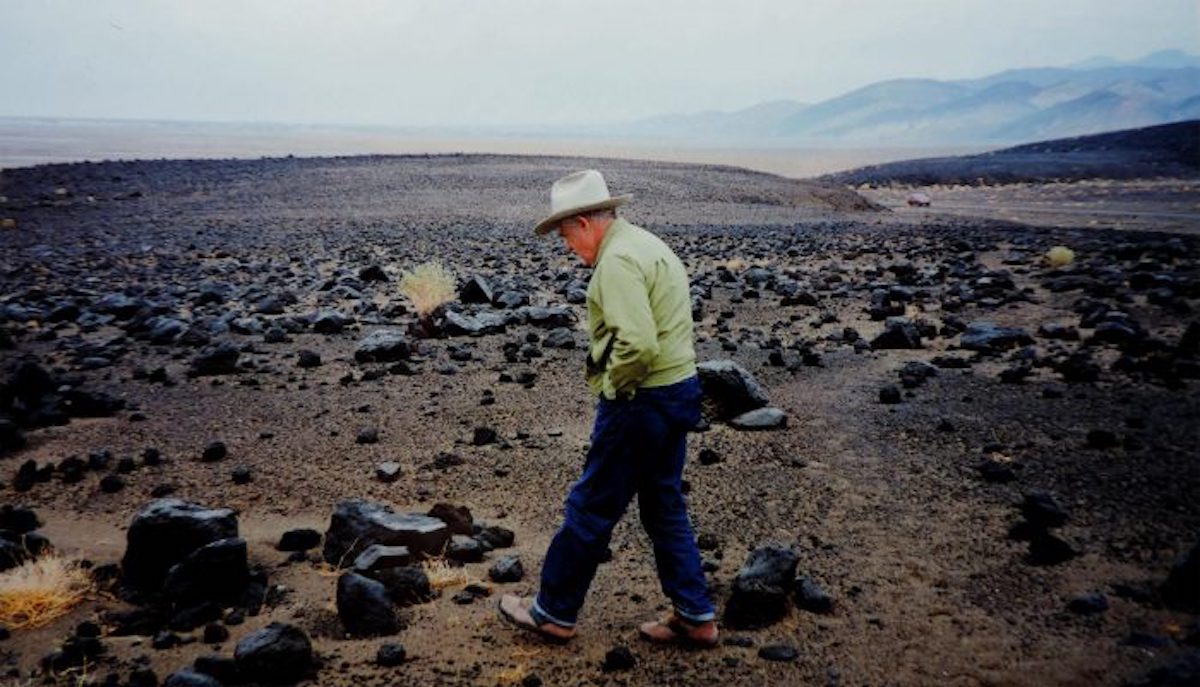 Together with Stiles, Scolnick explored every sandy nook and cranny of Arches. It was quickly apparent there were a whole lot more than 95 of them throughout the park. Everywhere they looked, it seemed, there was another undocumented arch. The two men were often joined by ranger Ed McCarrick and arch enthusiast Doug Travers. They’d meet, compare notes, sometimes argue over what technically constituted an official “arch” and then charge off together to spend weeks in the isolated desert backcountry, modern-day cartographers and explorers of a sort.

After finding hundreds of arches, Scolnick eventually left Utah, settling in Death Valley, California. More arch hunters took Scolnick’s place, many of which were rangers tasked with finishing the systematic survey of the park Scolnick had begun. The number of found arches climbed into the thousands. Once in California, Scolnick picked up a similar quest, this time finding and recording previously unknown archaeological sites. Scolnick kept this up well into his 80s. Wandering the sun-blasted desert, dragging himself up and over steep climbs, always looking for hidden cultural treasures to record.

Scolnick, and the some of the arch hunters who joined him on his quests, was part of the great tradition of amateur naturalists, non-traditionally trained enthusiasts who make important discoveries about the natural world out of sheer curiosity and a love of exploration. He didn’t care that he wasn’t a geologist—Scolnick simply hiked all over the desert and discovered arches to satisfy his own wanderlust and fascination with those oddities of the desert.

Scolnick passed away in 2015. His discoveries in Arches National Park are permanently remembered with a display in the park’s visitor center. 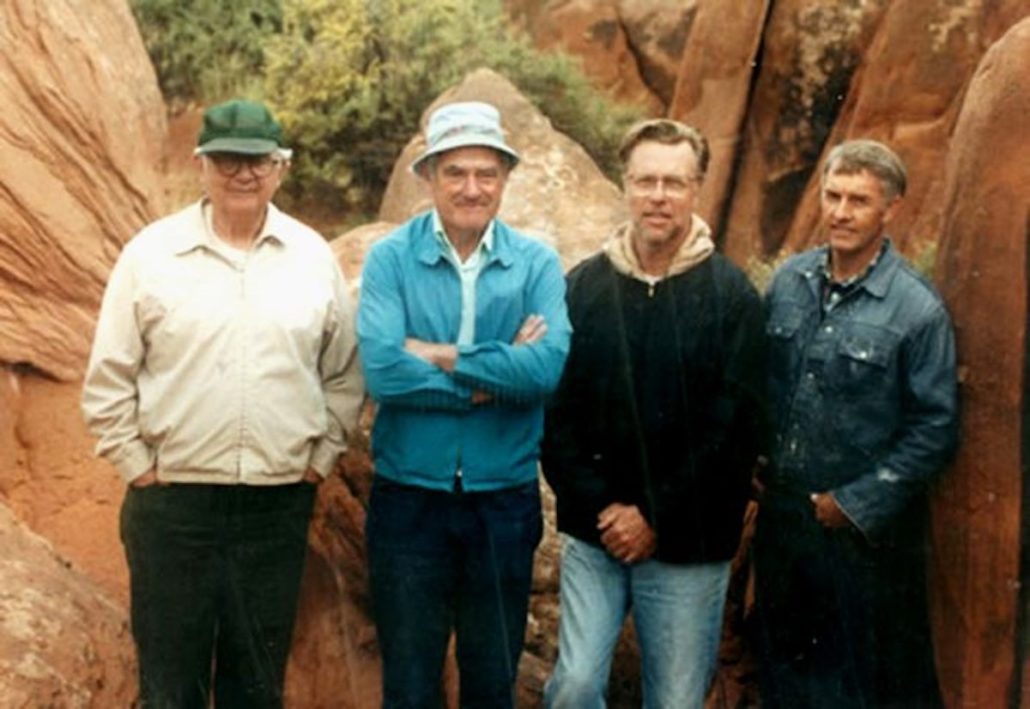 Massive Announcement – From Mountains to the Sea Images Exhibitions

E-Bikes Need Their Own Classification System on Public Land

Are You Suffering From ‘Fat Ski Syndrome’?

I am always browsing online for posts that can assist me. Thx!