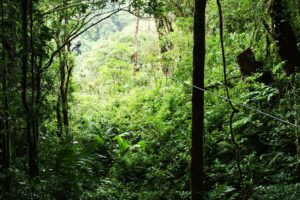 The Uttarakhand state government has planned to connect 17 tourist spots near the Kumaon region which is a hill station in Manaskhand Circuit for the next 5 days.

The places which will be connected as a project include, Kainchi Dham, Jageshwar temple, Mukteshwar, Golu Devta temple, and Purnagiri temple.

Referring to this, the Chief Minister of Uttarakhand Pushkar Singh Dhami stated that the government has made elaborate plans to connect the Kumaon region which has a lot of potential and scenic locations along with religious importance.

With this, better road connectivity would also be extended to such locations.

As a pilot project, the government will start by developing a parking area near Kainchi Dham, followed by other locations.

The Chief Minister also added that many devotees from India and abroad come to visit the Kainchi Dham of Baba Neem Karoli, hence, developing this circuit will facilitate tourists to visit several places at one go.

Earlier, under the 13 Districts, 13 New Tourist Destinations scheme, the government identified Munisyari in Pithoragarh district, Kausani in Bageshwar, Katarmal in Almora, and Muketeshwar in Nainital, Lohaghat in Champawat and Parag Farm of Udham Singh Nagar. Also, infrastructure work in all the said locations has been carried out under different themes.

Tourism minister Satpal Maharaj has stated that the department has identified several locations in six districts of the Kumaon region in a bid to promote tourism.

Bison, Back Where They Belong