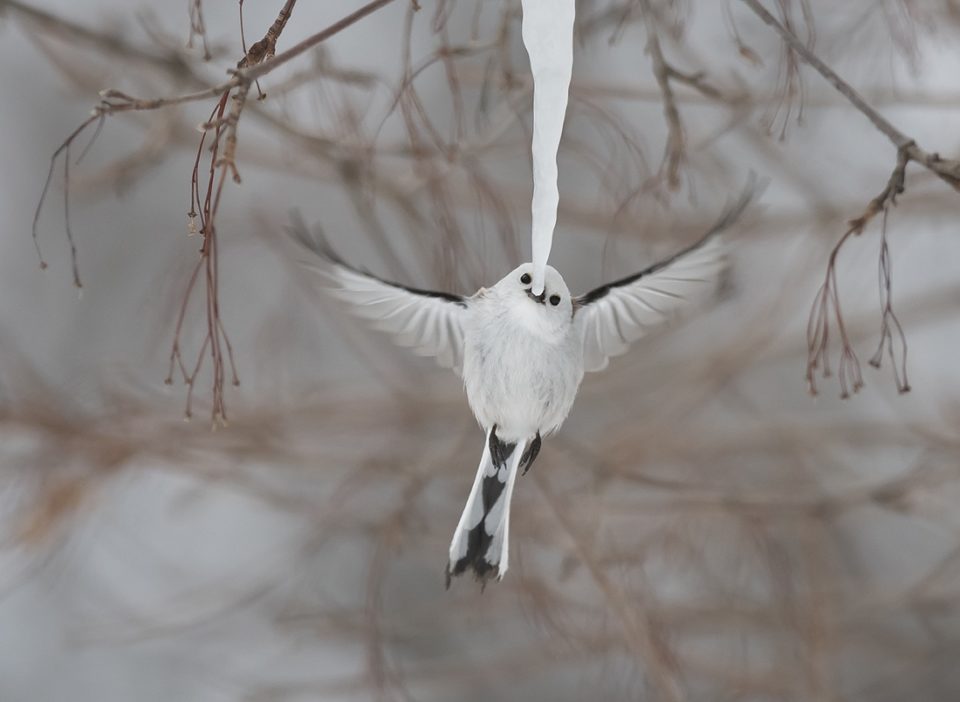 I’m disgusted with American journalism. It’s boring. I blame editors for assigning uninteresting stories, and people interviewed for being evasive. So, for a modest fee, I provide journalists with stories that could have happened and quotes that should have been uttered. Contact me at CustomFacts.org.

None of the above is true. But if it got your attention, recall that in most forms of journalism, lies are frowned upon.

Not so with wildlife photojournalism. Liars dominate. This galls me because I work with so many honest wildlife photographers who spend months getting shots the liars get in an hour.

Consider the story from Finland, viral in the U.S. and Europe with 759,000 page views, of a wild wolf and brown bear that constantly nuzzle each other. “Unusual Friendship,” understates one title. “No one can know exactly why or how the young wolf and bear became friends,” the photographer told the Daily Mail.

One person knows. That would be Melissa Groo, a soaring star in honest wildlife photojournalism, who co-chairs the International League of Conservation Photographers’ Ethics Committee. “There’s a huge business now in northern Europe baiting these animals (often with dog food) for photographers,” she says. “I can’t even look at photos of these animals from Finland anymore.” 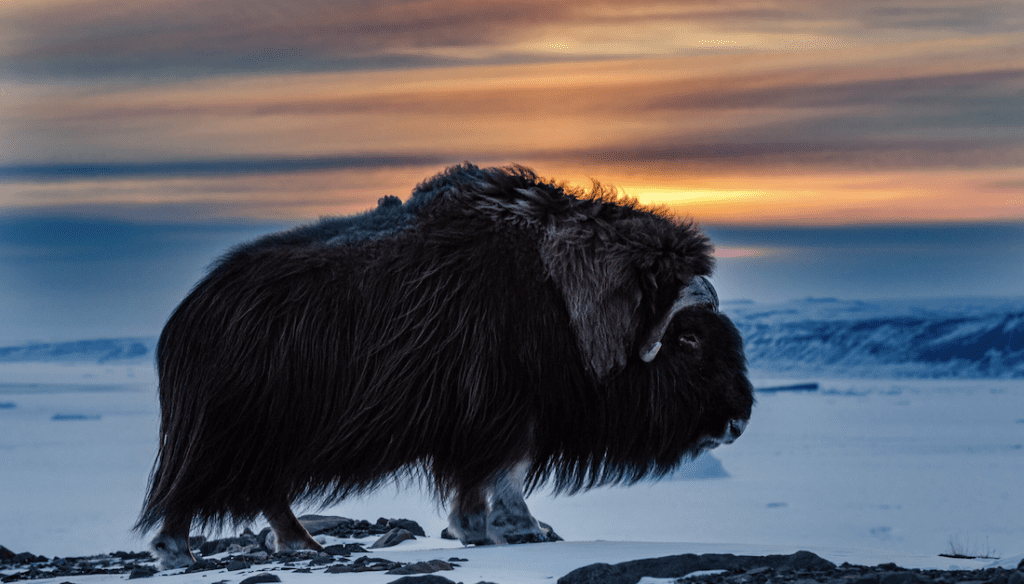 Then there’s the epic “wolf-grizzly brawl” over blood-stained snow in Montana documented by a “nature photographer.” The story was first reported by the Sun and Daily Mail, then recycled 11,000 times on both sides of the Atlantic. The photos are stunning.

The blood issued from a planted deer carcass. The grizzly and wolves were tame actors, incarcerated by Animals of Montana, an “animal training service” known for animal abuse, including illegal wildlife trafficking and Endangered Species Act violations. Before 2021, when the state shut down Animals of Montana, it was patronized by some of the world’s most acclaimed “wildlife photographers.” Its website still exists. 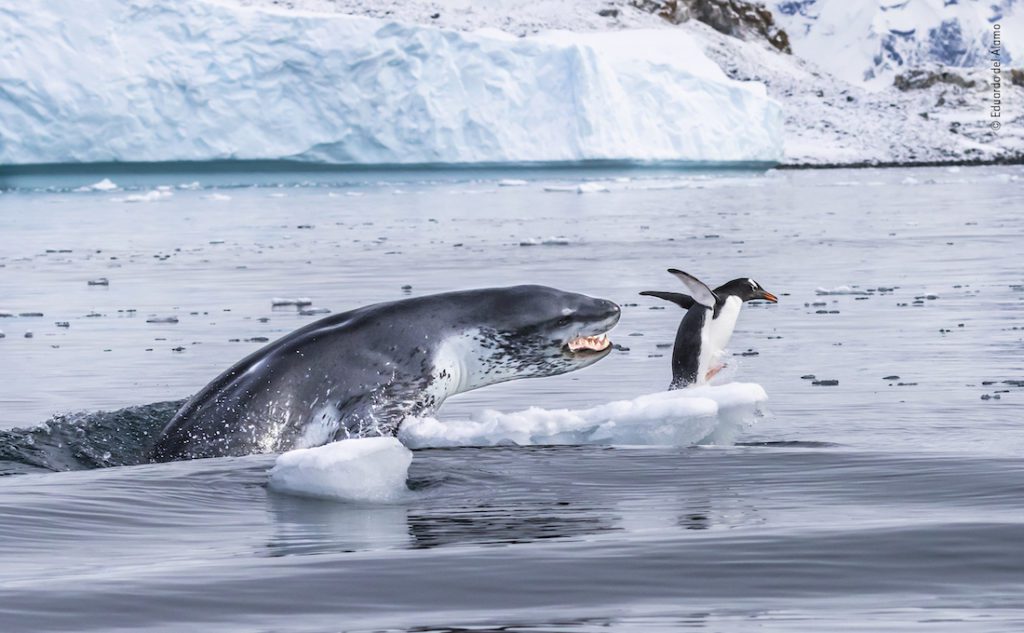 Photo-game-farm animals “spend much of their lives in small cages with concrete floors and only enough space to turn around,” writes Groo in National Wildlife magazine. Some of these game farms, she learned from Freedom of Information requests, are analogs of “domestic puppy mills, breeding and selling wild animals such as wolves, foxes, and lynxes.” Babies are taken from their mothers at early ages and sold to roadside zoos and exotic-pet dealers.

Twelve years ago, I considered an undercover visit to Animals of Montana. “Our grizzlies,” proclaimed its website, “will amaze you by running towards the camera, standing on command, snarling viciously, or posing cutely.” But the violations already on its record spooked me. If I had exposed this outfit, the game-farm industry would accuse me of cherry-picking. 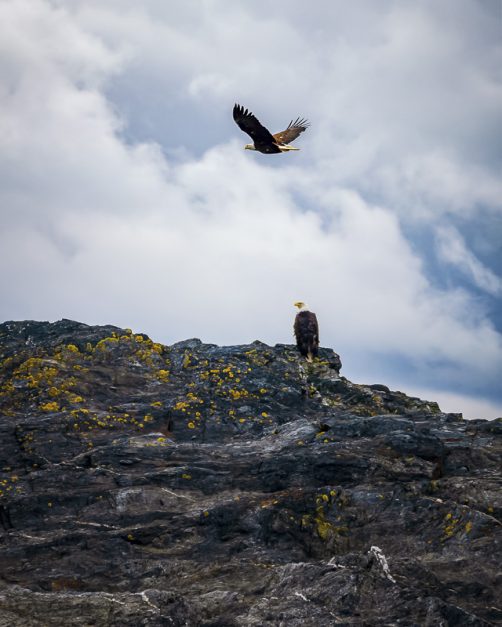 So I tried Wild Eyes Photo Adventures in Columbia Falls, Montana. But it had been busted for violating the Animal Welfare Act.

Minnesota Wildlife Connection sounded interesting. But it had sold its tame black bear Cubby for $4,650 to country music star Troy Gentry, who then illegally “hunted” and killed Cubby inside his pen.

Finally, I settled on Triple D Wildlife in Kalispell, Montana. (This was before the USDA cited it for sundry abuses including “dead flies and floating debris” in water bowls, “excessive accumulation of excreta and animal food waste in the animal enclosures,” and “excessive accumulation and buildup of dirt, grime, fur, and urine,” along with declawing a tiger cub.)

I “rented” a tiny Triple D cougar named Jewel. By the time the trainer had driven us to a scenic set, the day had warmed to minus 16 Fahrenheit. Jewel, unaccustomed to the wild, raised and shook each paw the way my cat Moop did the time she stepped in turpentine. 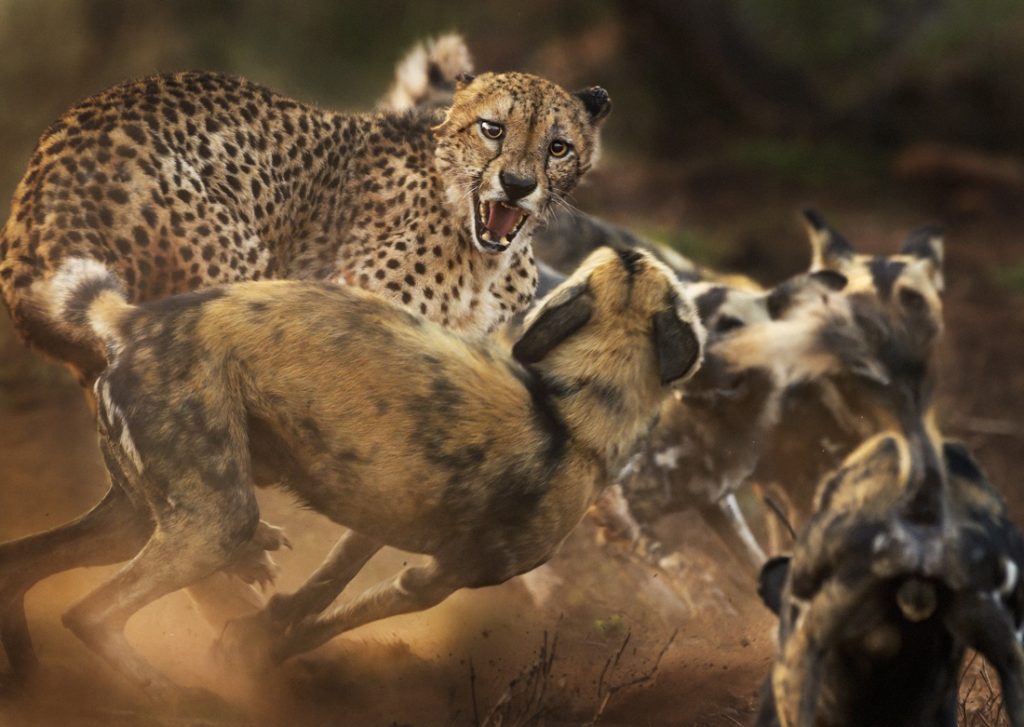 Jewel swatted photogenically at the deer-hair toy dangled in front of her by the trainer. He had to carry her back to the truck. Still, this had probably been the high point in Jewel’s dreary day.

I felt bad for the wolves who spent most of their lives in a dark, dank enclosure. When I sprang Big John and Lakota from Triple D for a “photoshoot,” the other 15 wolves cried. Big John and Lakota reveled in their brief freedom, fielding beef treats thrown by the trainer whenever they leaped over logs or pretended to snarl viciously. After his romp, Big John rolled on his back for a belly rub. 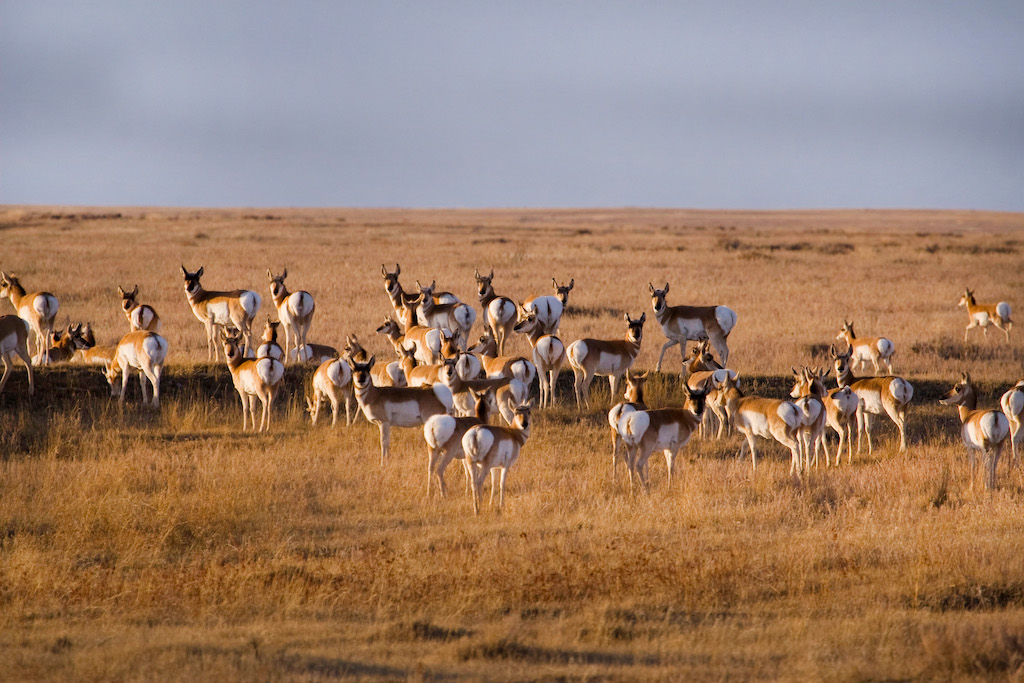 “You couldn’t have gotten those shots in the wild,” Triple D co-owner Jay Deist declared angrily after I’d asked questions not to his liking.

Ted Williams is a contributor to Writers on the Range, writersontherange.org, a nonprofit dedicated to spurring lively conversation about the West. He writes about fish and wildlife and serves as National Chair of the Native Fish Coalition.

Travel news 04/2022 : Soon, a bullet train to run between Ayodhya and Delhi

The ‘Extinct’ Ivory-Billed Woodpecker Not Extinct After All

There’s a Catch, However You Can Now Purchase An Superior, All-Electrical 1966 VW Bus