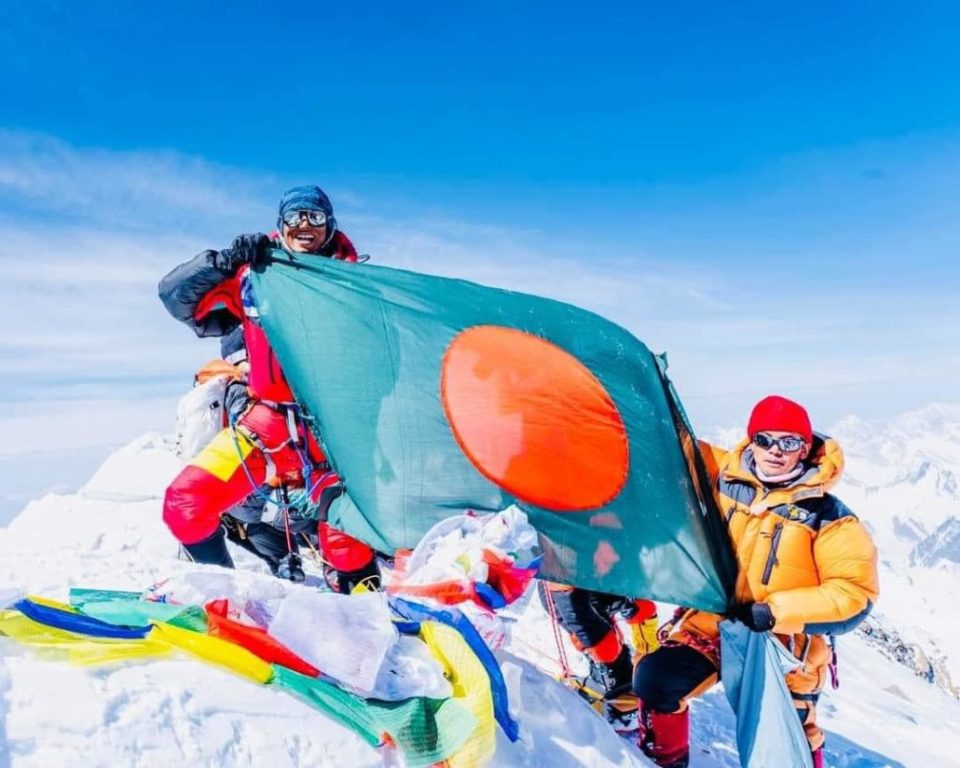 No fewer than 145 people topped out on K2 last Friday, more than doubling in a single day the Savage Mountain’s highest yearly total of 62 summits. With dozens of climbers still on the mountain, the number seems likely to surpass 200 this season.

To put that July 22 summit total in context, before this month only about 500 climbers had ever climbed K2. “Yesterday’s tally was a total of 20 percent to 25 percent of ALL people who have climbed Chogori,” mountaineering historian Bob Schelfhout Aubertijn commented July 23, using a local name for K2, the world’s second-highest peak at 8,611 meters (28,251 ft). George Bell coined another name for the mountain after the 1953 American K2 Expedition, telling a scrum of reporters, “It’s a savage mountain that tries to kill you.” The moniker has featured in headlines ever since, alongside the superlative deadliest and K2’s oft-cited (and now outdated) death rate of one fatality for every four summits. To alpinists though, K2 is simply the Climber’s Mountain, revered as the toughest climb in the Himalayan pantheon.

Some of that luster has faded in recent years, as the mountaineering-industrial complex has slowly chipped away at K2’s once impenetrable façade. Nearly as shocking as the sheer number of climbers atop K2 this season was the ratio of support climbers to paying summiteers, which climbing blogger Alan Arnette calculated at 88 Sherpa or Pakistani high altitude porters to 54 paying clients during Friday’s summit bonanza.

“The Everest model is now official on K2,” Arnette wrote.

While the conga line has been a fixture on Everest’s southeast ridge for a couple of decades now, mountaineers long thought K2 immune to that fate. The mountain was simply too difficult, its location too remote and its technical cruxes too high to tolerate the sort of commercial carpetbagging endemic to Everest. Or so they thought.

Some trace the taming of the Savage Mountain to 2017, when investment banker Vanessa O’Brien followed a train of Sherpas to the summit, where she posed for a selfie wearing a MAGA cap. But the groundwork was laid in neighboring Nepal, where outfitters perfected a blueprint for high-altitude success based on abundant bottled oxygen, fixed ropes to the summit, and armies of highly skilled Sherpa climbers. Soon enough, the successful model infiltrated the Karakoram. Now the Sherpa railway goes straight to the summit of K2, and any reasonably competent climber with a sufficient bankroll can punch his or her ticket to the top, given good weather and a bit of luck.

A rope-fixing team of Sherpa climbers working for U.S.-based Madison Mountaineering and Nepal’s 8KExpeditions reached the top after 10 o’clock Thursday night, July 21, and the summit stampede was on. By 3 o’clock Friday morning, all 15 Madison guides and clients had topped out, only to find their way down blocked by dozens more climbers on the ascent. Imagine Nepal boss Mingma G posted a now-viral video of the climbers queueing that morning at the Bottleneck, the gauntlet of hanging seracs at 26,900 feet.

The descending climbers had to fix about 200 meters of new rope to get safely around the jam, company owner Garrett Madison told ExploresWeb from base camp. Fortunately his crew had manpower to spare, with 13 guides supporting just two clients.

The same day, 8KExpeditions and Seven Summit Treks each put 11 people on top, and Furtenbach Adventures claimed 14 summits. Nimsdai Purja’s Elite Expeditions tallied 33. By Arnette’s reckoning, about 145 climbers had touched the top by the end of the day Friday, with more on the way up.

Successful climbers included Samina Baig, the first Pakistani woman to climb K2, and Norwegian Kristin Harila, who is in hot pursuit of Nimsdai’s record of 14 eight-thousanders in six months and six days. They and the vast majority of commercially supported climbers used supplementary oxygen.

Among the notable exceptions were three young female climbers, Jing He of China, Grace Tseng of Taiwan and Stefi Troguet of Andorra. “I can’t believe it. I’m on top of K2, with no O2. The hardest thing I’ve ever done,” Troguet tweeted from the summit via satellite tracker. She dedicated the climb to friends Sergi Mingote and Muhammad Ali Sadpara, who died on K2 in winter 2021, and Antonios Sykaris, lost on Dhaulagiri last April.

The salute comes as a reminder that despite giving up a record number of summits this week, K2 has not lost its edge. Even in this historic season of fine weather and clockwork efficiency, the Savage Mountain claimed three aspirants. Afghan Ali Akbar Sakhi died July 21 of apparent altitude complications at Camp 3. Canadian Richard Cartier and Matthew Eakin of Australia disappeared while descending from Camp 4 the next day. Their bodies were found near Japanese Camp 1 and Advanced Base Camp on Tuesday, not far from the rope lines that scores of triumphant summiteers followed home.

Top Photo: A frame from Mingma G’s recording of the quue at the K2 Bottleneck taken the morning of July 22, 2022.

A 3-day Marrakech roadtrip itinerary in 2022

Climber Vera Komarkova and the First Women’s Summit of Annapurna

After all, what a great site and informative posts, I will upload inbound link – bookmark this web site? Regards, Reader.