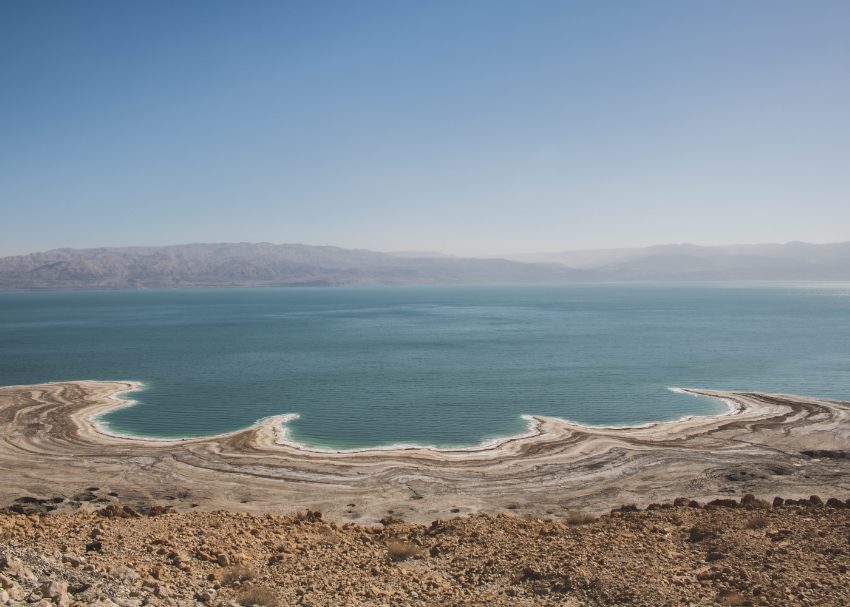 A sacred place for the world’s three major monotheistic religions, Israel has welcomed travellers and pilgrims for millennia into its starkly contrasting landscapes that burst with history. Israel clocks in at about the size of the US state of New Jersey, meaning that its impressively diverse landscapes are packed into a travel-friendly size. Within just half a day’s drive, you can swim in the waters of two seas, take a dip in two storied lakes, get lost in the sands of a seemingly endless expanse of desert and admire abandoned ancient cities standing the test of time – how many places in the world can boast that?

Get to know the story of Israel as you traverse its epic, movie-worthy landscapes, from the crisp blues of the Mediterranean and the golden sands of the Negev Desert to the vibrant, nearly neon colors hiding under the waters of the Red Sea.

Let’s see the best places to visit in Israel 2022

As you coast down the rolling hills from Jerusalem or Be’er Sheva toward the Dead Sea, you fly by elevation signs marking your descent downward. Even when you pass the sign marking the sea level, your journey isn’t over. The Dead Sea is the lowest point on earth, and its surface, 430.5 meters (1,412 ft) below sea level, shimmers like a desert mirage. The water’s salinity is a staggering 34%, making it 10 times saltier than the sea.

The main base for visitors to the Dead Sea is Ein Bokek, with a strip of hotels and the best free-to-visit beach on this stretch of shoreline. The Dead Sea’s mineral-rich mud is sought all over the world for its healing properties, as it’s thought to reduce inflammation and joint pain and boost circulation while exfoliating and detoxifying the skin. You can have your own DIY spa session by scooping up the mud from the shallow seabed and lathering it on or sign up for a pampering at one of the nearby hotels with pools and treatment rooms.

The majestic mesa of Masada stands sentinel over the sprawling plains that roll out like a blanket to the Dead Sea. A natural fortress, this sheer-sided historic hilltop is where the last Jewish resistance was brutally crushed by the ancient Romans in 73 CE. The foundations and fragmented columns of palaces built by King Herod are still visible, and the military fortifications and siege ramp are the most complete existent ancient Roman siege works, earning Masada a UNESCO listing.

A cable car transports visitors to the top in just a few minutes, and hiking trails – including one that snakes up the siege ramp – also wind their way up the plateau. Masada is particularly magical at sunrise, and if you get here early enough, you can walk up and watch as the pastel pinks and soft oranges illuminate the Dead Sea in the distance. Covering more than half of Israel’s land, the Negev Desert looms so large that you’ll feel like a mere speck of sand. But just because this area gets the general ‘desert’ label doesn’t mean the Negev is a homogenous sandy expanse, and this southern stretch has a number of parks, nature reserves and historic sites. Avdat National Park preserves a once-important Incense Route city constructed by the Nabataeans, the same civilization that built the jaw-dropping sandstone monuments at Petra next door in Jordan, and was later taken over by the Romans and Byzantines.

You can put the Negev Desert into perspective at the stunning Makhtesh Ramon, nicknamed ‘Israel’s Grand Canyon’. Makhtesh means ‘crater’ in Hebrew, but this otherworldly formation wasn’t created by an extraterrestrial landing or from a volcano, but from erosion. Soak in the views of the huge 500-meter-deep (1,640 ft) heart-shaped canyon from the visitor center or get into the middle of the action by hiking into the crater. You’ll pass colourful layers of sandstone and a rock wall of spiral marine fossils called ammonite that swam in the sea covering this area 200 million years ago. Not all of Israel’s most incredible landscapes are above water, and just offshore from the resort town of Eilat on Israel’s southernmost tip awaits an eye-popping seascape. A painter’s palette of brightly coloured coral walls shelter around 1,000 species of fish, including blue-spotted stingrays, critically endangered whitetip sharks and moray eels. Israel has just 12km (7.5 mi) of precious Red Sea coastline, and this is the perfect place to scuba dive or snorkel in one of the world’s most biodiverse bodies of water.

If you’d rather stay on solid ground, the landscapes around Eilat are just as intriguing. A short drive north of town near Israel’s border with Egypt is the Red Canyon, a narrow slot canyon with wavy striped walls sculpted by wind and water. When the sun hits just right, the canyon is set aglow in fiery reds, oranges and yellows. To the east, Timna Park is a great spot for hiking, and 20 trails wind past pencil-shaped hoodoos, mystical mushroom-like rock formations and some of the world’s first copper mines from 4,500 BCE. Lapping at Israel’s western edge, the Mediterranean stretches out lazily for nearly 200 km (124 mi), giving you plenty of sand and space to enjoy. The Med’s personality morphs as it passes by various coastal cities, from the bustling beaches of Tel Aviv to the quieter, family-friendly sands of Herzliya and Netanya, the headlands of Haifa and the gleaming chalk-white Rosh HaNikra grottoes close to the border with Lebanon, perfectly paired with the Mediterranean’s deep blue.

Much of Tel Aviv’s laid-back live-and-let-live ethos can be attributed to its sun-kissed sands, attracting a diverse spectrum of beach-goers, from kitesurfers and matkot (paddle ball) players to runners, folk dancers, families building sandcastles and your garden-variety beach bum. A 10km-long (6.2 mi) seaside boardwalk links up many of Tel Aviv’s best beaches, giving easy access to cyclists, pedestrians and rollerbladers. For a dose of history, stroll to Jaffa Port, an ancient harbour in use for 7,000 years. A far cry from the dry desert of the south, the lush emerald gardens cascading down a series of stepped hillside terraces are a highlight of Haifa. Vivid purple, golden and ruby red flowers are planted in beautiful designs among the trees, and a staircase hemmed in by pearly white balustrades, pointy hedges and palm trees trickles down to the Shrine of the Báb, the tomb of a key figure in the Baha’i faith. Modestly dressed visitors are allowed inside. Survey the scene from atop the perfectly manicured gardens or sign up for a free tour of the terraces. The ancient Roman empire once encircled the Mediterranean Sea, and Israel has a handful of archaeological sites that remain. Beit Shean is arguably the best of the bunch. Sitting south of the Sea of Galilee, these ruins have all the quintessential characteristics of an ancient Roman city, including a 7,000-seat amphitheatre from the 2nd century CE, column-lined cobbled streets, original communal bathhouses, monumental gateways and intricate mosaics, including a well-preserved work of Tyche, the goddess of fortune.

History buffs will want to investigate the waterside Roman remains at Caesarea, on the Mediterranean coast between Tel Aviv and Haifa. Built by Herod in about 20 BCE, Caesarea replaced Jerusalem as the capital of the Roman Judea province, and its architecture reflects its elevated status. Chariot races once took place in its huge hippodrome, and an intact stone aqueduct brought fresh water to the burgeoning town. The site changed hands many times over the centuries, as seen in the Byzantine church, an early Muslim-era mosque and Crusader fortifications. Though not technically a sea, this freshwater lake is the largest in Israel. This history-laden lake is well known to Christians as the place where Jesus practiced his ministry and where miracles are said to have occurred, including walking on water and feeding thousands of people with a few fish. You too can get out on the lake’s waters by swimming, exploring by kayak or canoe, or zipping along the surface on a sailboat or windsurfing board. Long-distance hiking trails, including the Jesus Trail and the Israel National Trail, skirt above the Sea of Galilee’s western shore, allowing you to walk in the footsteps of the ancients and experience the landscape in the most time-honoured way.

Some of the earliest human settlements have been found around the Sea of Galilee, and historical sites dot the water’s edge, including the ancient fishing village of Capernaum, where Jesus based himself for much of his ministry, and the Yigal Allon Center, which houses a 2,000-year-old boat discovered by a local fisherman in the 1980s. Rising Climbing Crowds Are Messing Up Elk Replica in Colorado