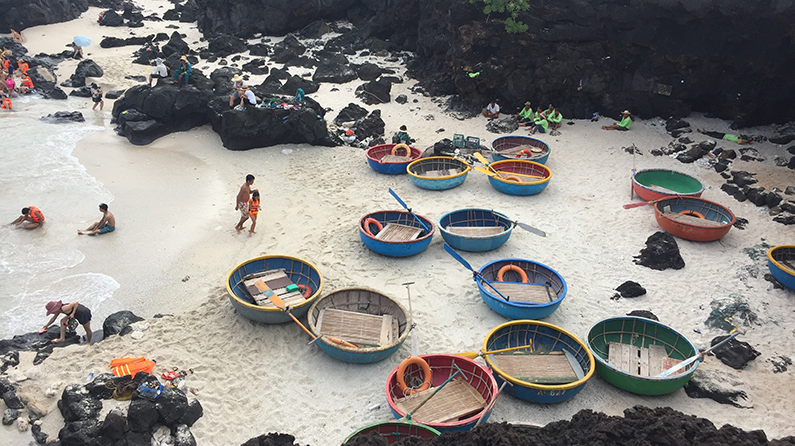 Dinh Viet Thang, head of the Civil Aviation Authority of Vietnam, said at a Tuesday conference that the industry has seen positive signs in the first half of this year after most Covid restrictions were lifted.

However, the frequency of international routes to key tourism markets such as China and South Korea remains limited as these countries still impose strict entry Covid restrictions, Thang said.

China, which accounted for 32 percent of total foreign arrivals before the pandemic, has persisted with its zero-Covid policy; therefore, regular flights between the two countries are only allowed to operate at a frequency of two a week.

Complicated entry regulations in South Korea have also limited the frequency of flights from Vietnam to the Northeast Asian country.

“By this year-end, the aviation industry plans to resume full frequency on routes to Taiwan, Japan and South Korea while those between Vietnam and China should recover to around 30 percent of pre-pandemic levels,” Thang said.

According to a CAAV report, Vietnam has resumed flights to and from 22 countries and territories out of the 28 it had operated during pre-pandemic times.

It has not yet resumed flights to China and Myanmar while regular flights to Russia remain suspended due to the war against Ukraine.

Ha said the recovery of the international market is really important to the national carrier, as regular international routes accounted for 65 percent of its revenue before the pandemic.

“The carrier hopes to restore the entire international flight network to pre-pandemic level by the end of next year, depending on countries’ reopening policy,” he added.

Aviation officials expect the number of international passengers going through Vietnamese airports this year to reach 10 million, or around 24 percent of pre-pandemic levels.

On March 15 the government allowed quarantine-free entry and resumed its visa waiver for citizens of 24 countries, including Japan, South Korea and some European ones.

It has removed most entry restrictions like medical declaration and Covid tests.